Letter: Tax burden story got it wrong in Little Compton

'Lies, damned lies, and statistics' can be blamed for so much of today's misinformation, but often, it's just honest mistakes in numerical reasoning that leads people astray. This …

Letter: Tax burden story got it wrong in Little Compton 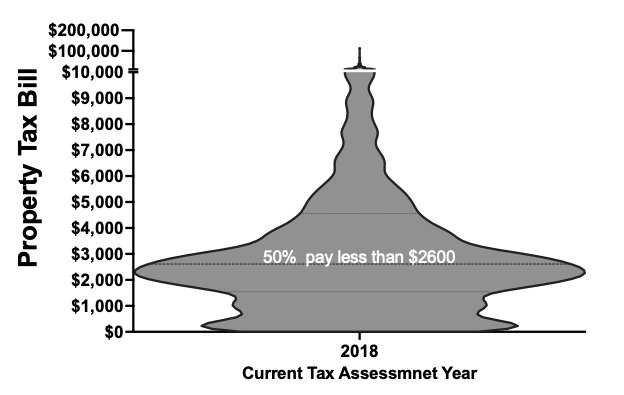 'Lies, damned lies, and statistics' can be blamed for so much of today's misinformation, but often, it's just honest mistakes in numerical reasoning that leads people astray. This past week Sakonnet Times offers an illustrative example of miscalculations that could be used to question government spending.

The feature of East Bay Life, 'Tax bills in R.I. -- from top to bottom,' completely misinforms readers as to the tax situation in towns. I do not doubt that the article was written with good intent; local newspapers and reporting are vital to keeping governments accountable. However, the author makes a significant error in calculating "Tax Burden"; the term is incorrectly used. Taxes vary greatly across the East Bay, and my family choose to settle in Little Compton partly because it has the lowest taxes in New England. So, it was a shock to me to see Little Compton listed as #4 in "Tax Burden" when almost every measure of residential tax puts us at the bottom of the entire region, not just Rhode Island.

The author's flaw is the using simple addition and division to determine the average tax. This simple approach makes two large errors. The article states Little Compton has only 1561 households. The number of households used does not reflect the actual number of property owners and taxes are paid by property owners. The average "Tax Burden" reported was $8383, this is nearly three times my tax bill. My household is very average to below average in Little Compton. To correctly calculate the average taxes paid by Little Compton households, we must know the number of households (I'll use properties owners) and the average tax these owners pay. To get close to the actual "tax burden," I wrote a small program to collect data from the town's property records this weekend. I then calculated the taxes paid on each property. Little Compton has around 2500 unique property owners for 3083 properties in the database. The average tax per property (statistically robust, geometric mean) is about $2200. The following graph highlights the actual tax situation in Little Compton. Briefly, most households (width of the plot) pay a small reasonable tax, with 50% paying less than $2,600, making nearly every surrounding town jealous of our tiny tax bills. The publishers of this important newspaper should gather the data needed and republish their study in a feature to give readers an accurate accounting of the tax situation in the East Bay.

Waving the flag in Little Compton