Caught by Sakonnet Lobster II, specimen bound for Save The Bay home

Three days before, the as-yet unnamed lobster had been patrolling the way-offshore ocean bottom out near the continental shelf drop-off.

Caught by Sakonnet Lobster II, specimen bound for Save The Bay home 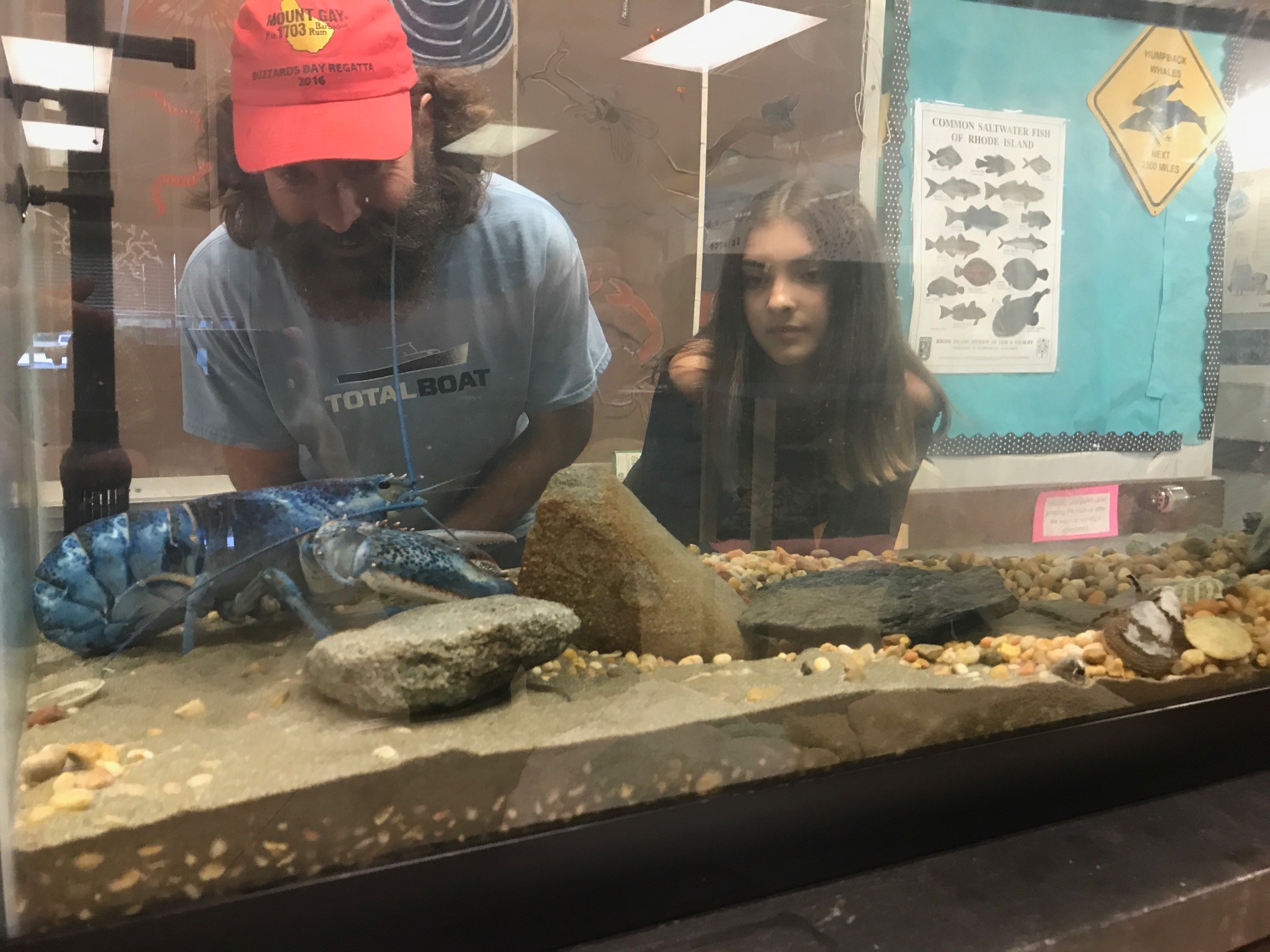 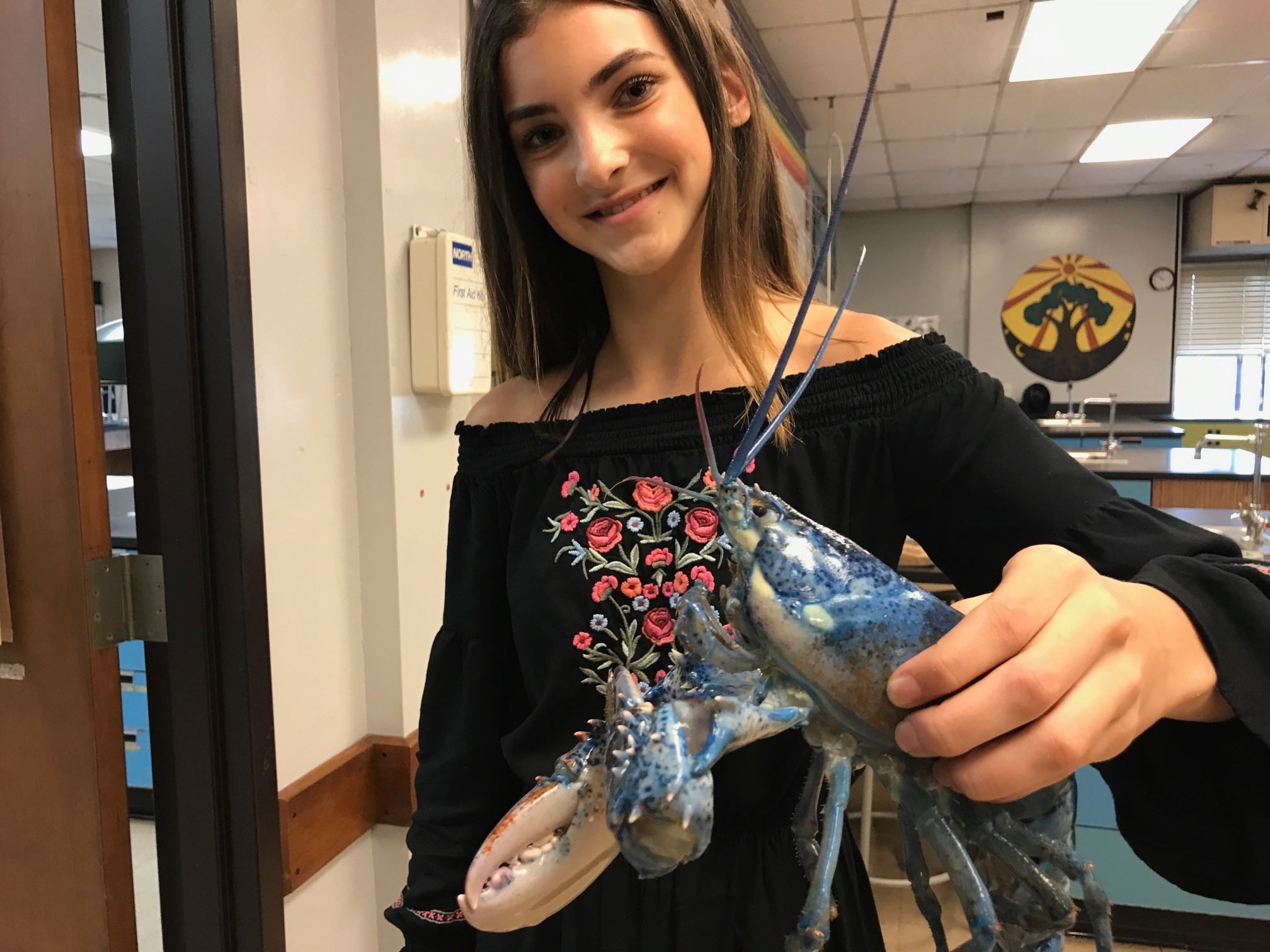 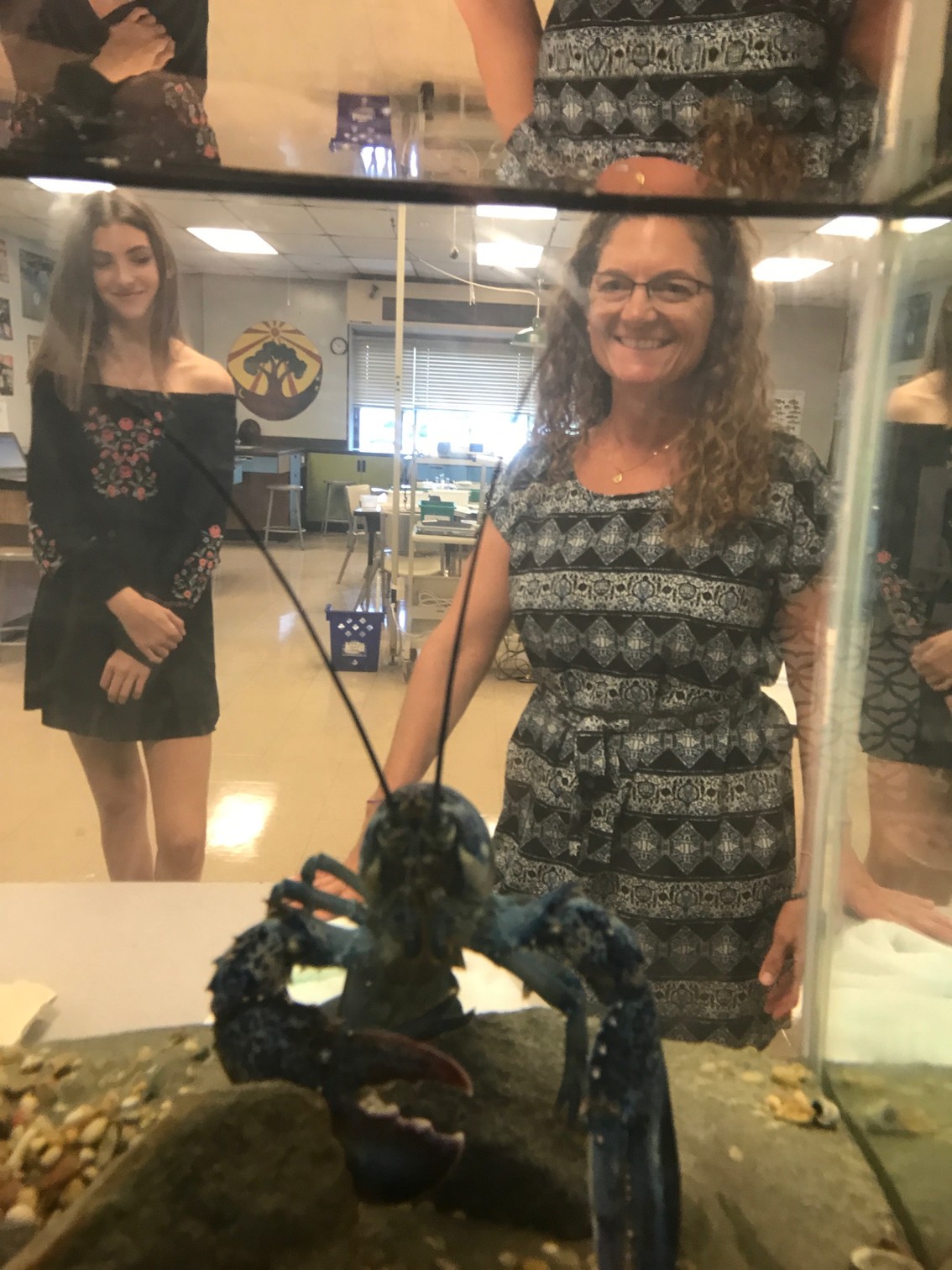 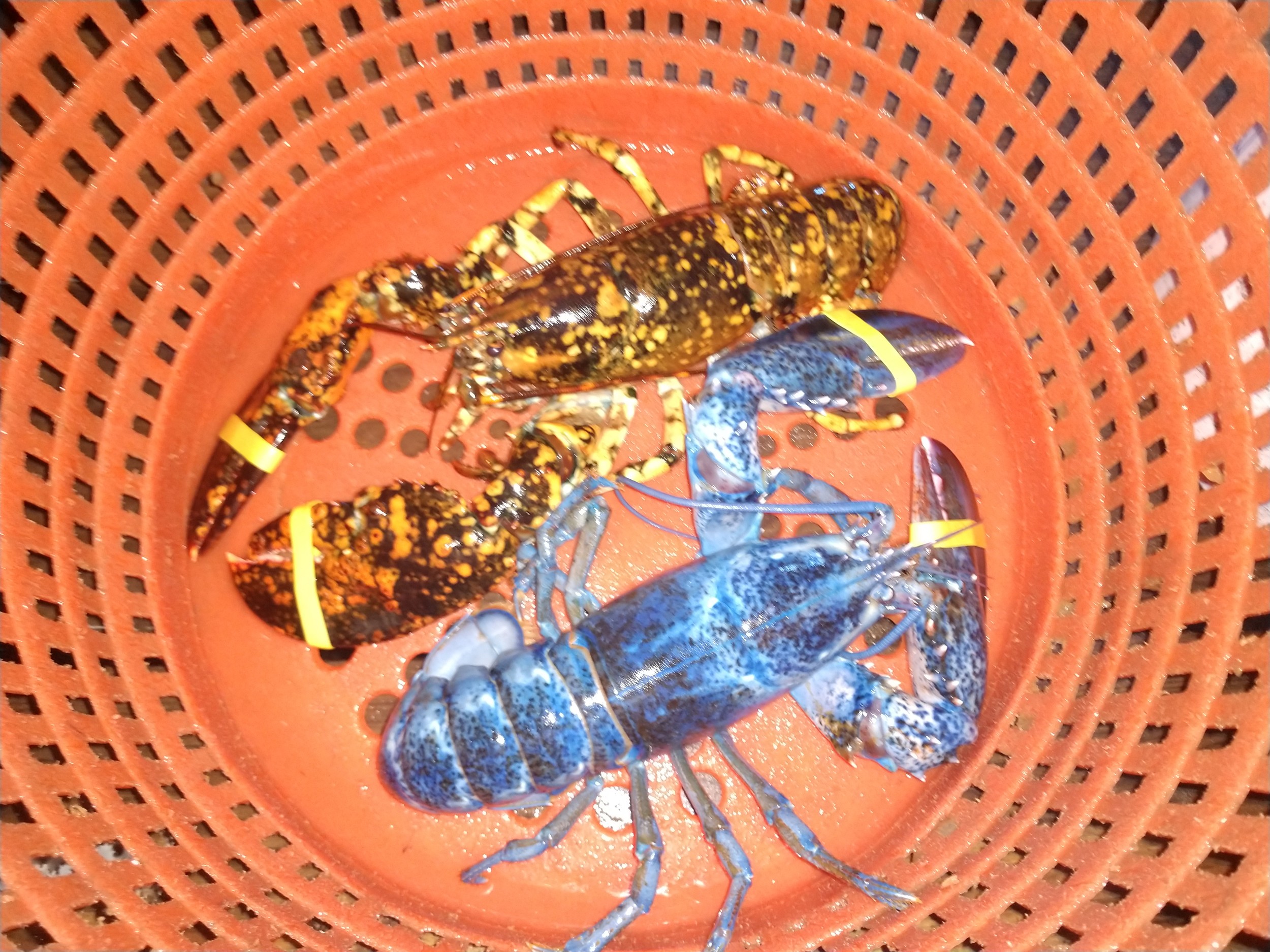 The recently caught blue and calico lobsters.
Previous Next
Posted Thursday, September 27, 2018 12:00 am
By Bruce Burdett

Three days before, the as-yet unnamed lobster had been patrolling the way-offshore ocean bottom out near the continental shelf drop-off.

Whereas the rest of the lobsters caught on that trip by the 50-foot offshore lobster boat Sakonnet Lobster II will wind up on dinner plates, this one’s rare color earned it a reprieve.

After a week or so spent at PMS, the lobster will be given to Save The Bay which can provide it more spacious quarters in which to live out its days.

“We want to donate it to Save The Bay because they have a bigger tank and a bigger audience,” said science teacher Dana Reed.

The lobster landed in her classroom because one of her students, 8th grader Olivia Wheeler, is the daughter of Sakonnet Lobster II captain Luke Wheeler.

Capt. Wheeler said he has enjoyed sharing sea-life caught in their traps with the middle school science students ever since his daughter was in sixth grade.

In addition to the blue lobster, on Wednesday Mr. Wheeler delivered a few other creatures to the two salt water tanks he set up a while ago in the two science classrooms — Ms. Read’s room and Jenna Sicuranza’s next door.

“Those dogfish eggs are especially interesting,” he said, “because the casings are transparent and the students can watch them develop inside during the six months it takes to hatch … They even name them.”

Olivia said she’s enjoyed seeing what her dad will find next for the classroom tanks, especially since she knows first hand what the work involves. Over the summer she worked alongside her father and crew on board Sakonnet Lobster II.

One of the crewmen, Doug Mataronas, whose father Jimmy Mataronas owns Sakonnet Lobster II, said the lobster was initially put into the Sakonnet Lobster Company’s large tanks at Sakonnet Point (the boat is kept further up river in Tiverton Basin). The lobster’s companions there included an even more unusual lobster — a calico lobster caught back around July 4.

Blue lobsters, he said, are about one in three million, and calicos are one in ten million. Even more rare is one they caught several years ago — two tone lengthwise straight down the middle. One side was bright red — the color of a cooked lobster. These are one in around 50 million.

Mr. Reed also provides dinner for the creatures he brings to the middle school — the lobster will dine on the fish parts it loves during its brief stay at PMS.

The lobster was lively once dropped into the tank. It scooted about with strong flips of its tale a couple of times.

And, freed of the rubber band restraints on its two big claws, it gestured threateningly when Logan Corbett, Mr. Wheeler’s cousin, tried to arrange rocks he had brought to provide the lobster with a shelter and place to hide from eighth graders.

“They like shelter, they don’t like being exposed from above which is where most of their predators come from,” he said.

Mr. Logan had good cause to be cautious when approaching the lobster with bare hands, Mr. Wheeler said. “Those claws are mighty strong and can really hurt,” especially the larger, aptly named, crusher claw.