The metal is actually a cradle for cell phones, and is … 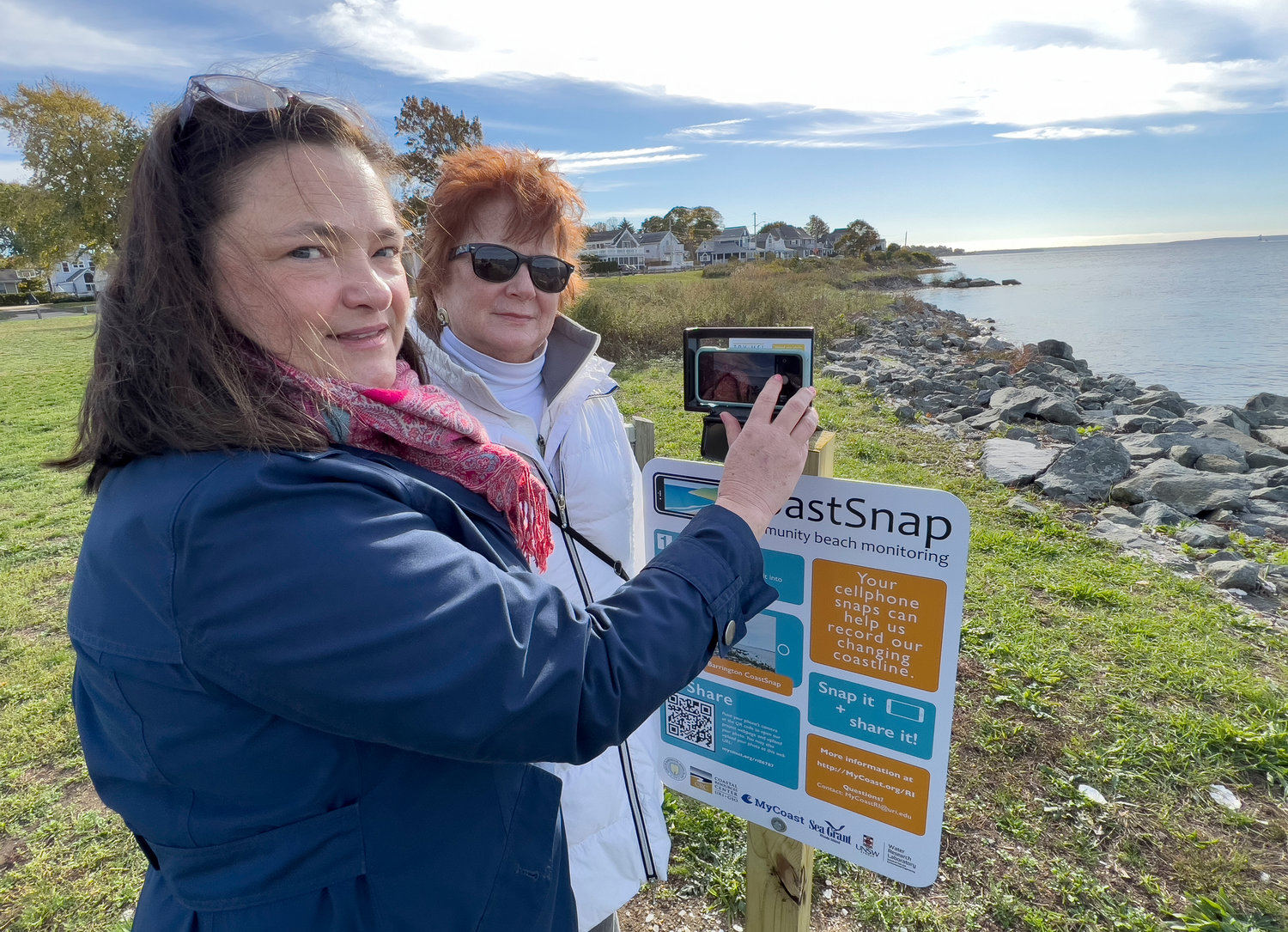 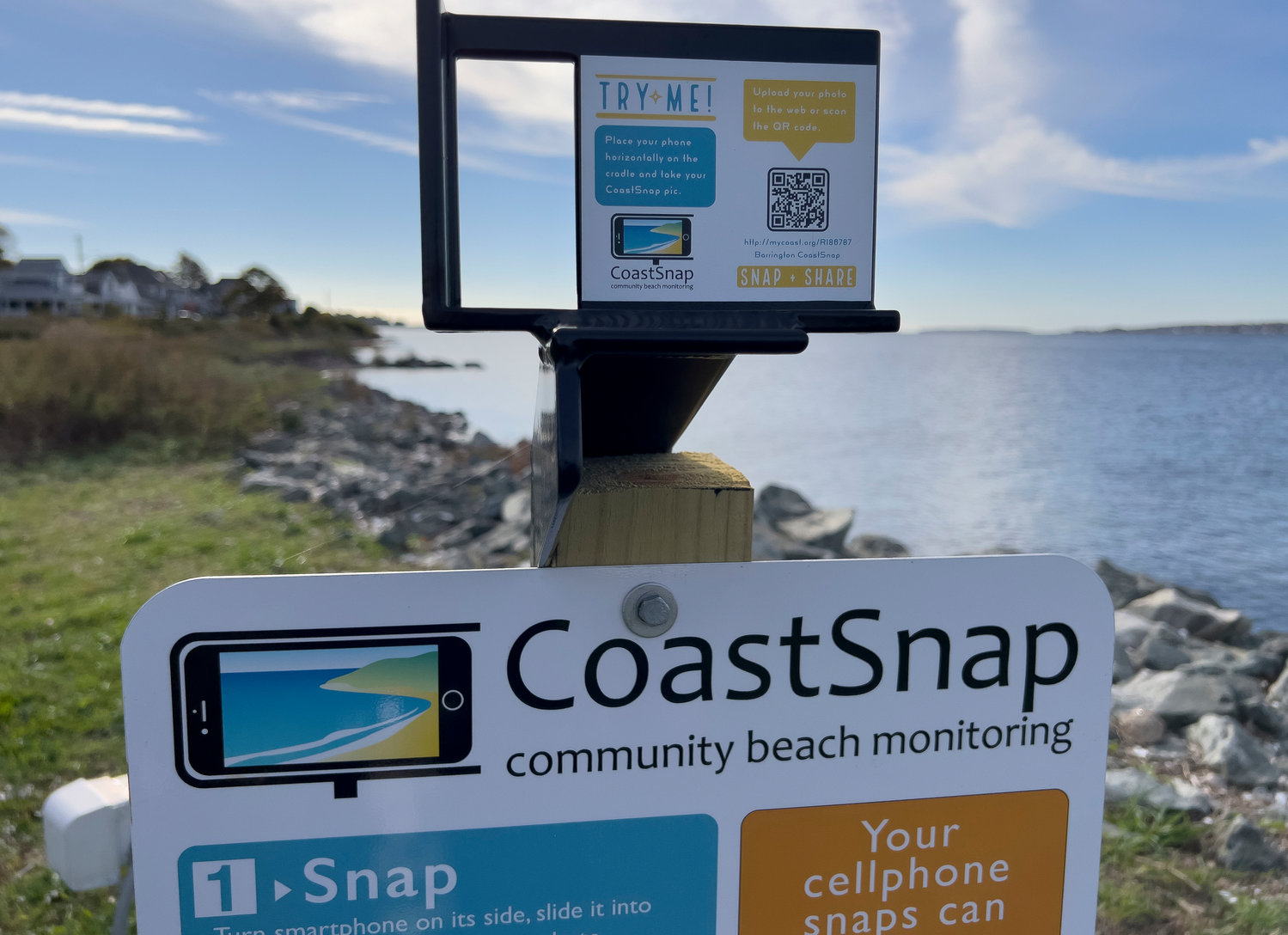 The CoastSnap Station cradle allows people to take photos from the same vantage point and, over time, captures the evolution of the shoreline.
Photo by Richard W. Dionne Jr. 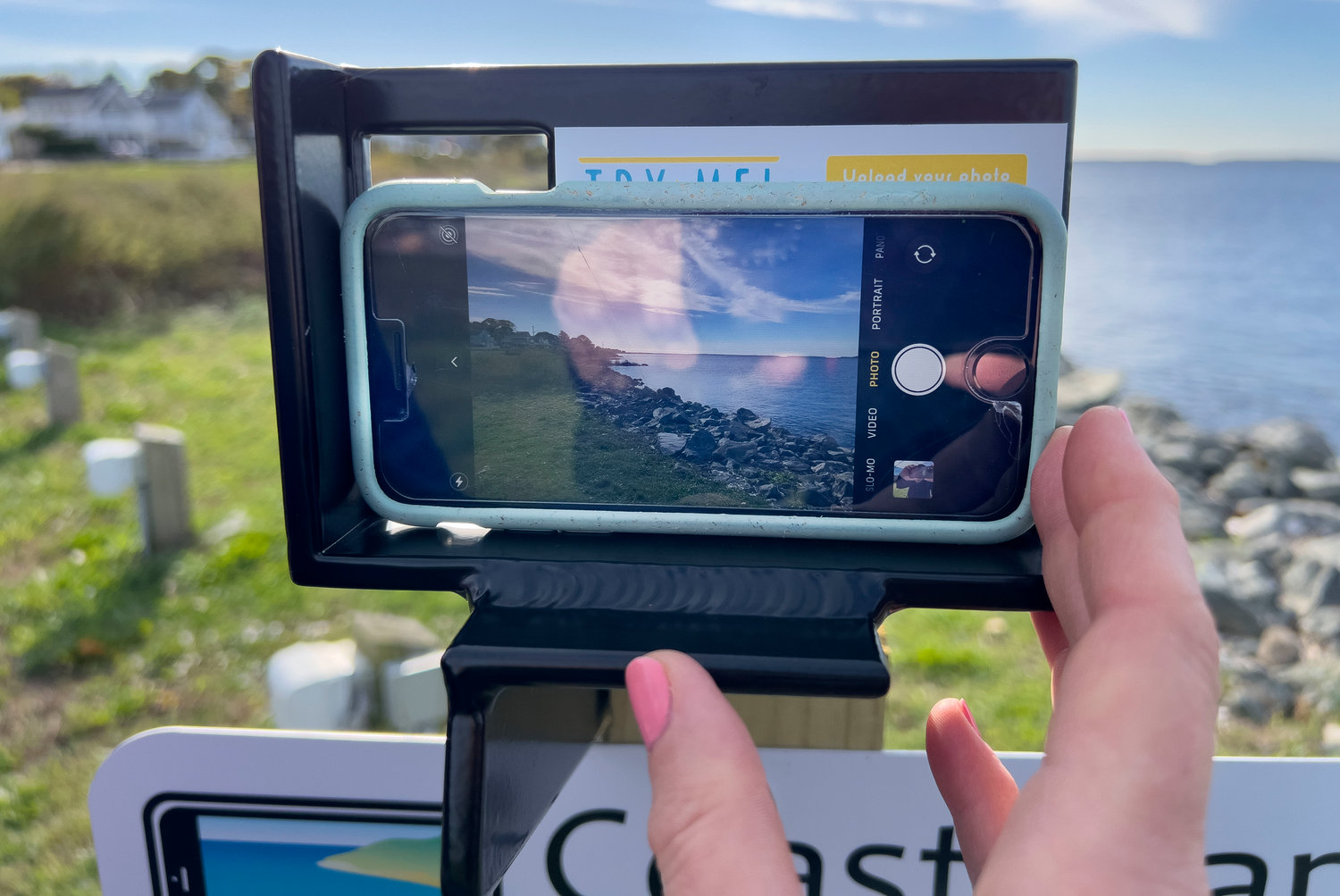 The metal is actually a cradle for cell phones, and is designed as part of a shoreline monitoring system — the cradle allows people to take photos from the same vantage point and, over time, captures the evolution of the shoreline.

It is called a CoastSnap station and is combined with an app for online photo collection and crowdsourcing. It is intended to help local governments collect key data to on climate change impacts, such as flooding and erosion.

“…high water marks were mine because Barrington has so much water around it that we are going to be seeing and are seeing, sea level rise,” Carter said. “Sea level rise is seeing climate change in action. So people, if they don’t quite understand what they’re looking at, this isn’t going to go down now, it’s just going to keep going up.”

Carter has been working closely with climate change issues for decades. She formerly served as the associate director of the Southern Impacts Planning Program at LSU for many years, and spent nearly 20 years at the University of Rhode Island.

“We want people to be aware of it,” Carter said, referring to sea level rise. “It’s already flooding in some places, on a regular basis. It’s not going to go away.

“It’s very important for people to understand that change is already underway, right where they live. This way they can actually see it. They can note it themselves. We can make marks…”

“The idea is to engage the public and get them thinking about what does that vantage point mean?” Crean said. “And to be able to pick a place and monitor it over time to better understand how our shoreline is changing.”

Carter added: “So I wanted to make this crystal clear to people that we could begin to make resilience choices that work. Some of the choices will be difficult.”

The CoastSnap program is being led locally by the University of Rhode Island, and the Coastal Resources Center and Rhode Island Sea Grant, both located at the URI Graduate School of Oceanography. It also includes the Rhode Island Department of Environmental Management.

Crean said there is the potential to establish additional CoastSnap stations in other parts of Barrington.

“There’s a potential for us to put these up in other places in town. We haven’t moved forward to getting cost estimates, but Lynne has a short list of sight selections of where these could go,” Crean said.

For Barrington, the Latham Park site is ideal for the CoastSnap project. Officials said the work will mesh nicely with a planned shoreline stabilization project.

“The coastline at Latham Park is eroding, so this effort, tied to our stabilization project, will allow us to evaluate post-construction project success,” Crean said.

In related work, URI CRC/Sea Grant is also working to introduce another shoreline monitoring app to local communities. MyCoastRI (https://mycoast.org/ri) supports the collection and sharing of smartphone photos depicting coastal change, including flooding, erosion, and marine debris. Partners for this work are Save The Bay, Clean Ocean Access, and the Rhode Island Coastal Resources Management Council.

URI CRC/Sea Grant carries out its community shoreline monitoring work with funding from the National Oceanic and Atmospheric Administration. All state partners and the Town of Barrington are providing staffing resources to support the implementation and maintenance of the CoastSnap equipment stations.