Recreational boating releases a tremendous amount of uncombusted gasoline into the environment each year, with researchers suggesting a range from a low of 150 million gallons to a high of 420 … 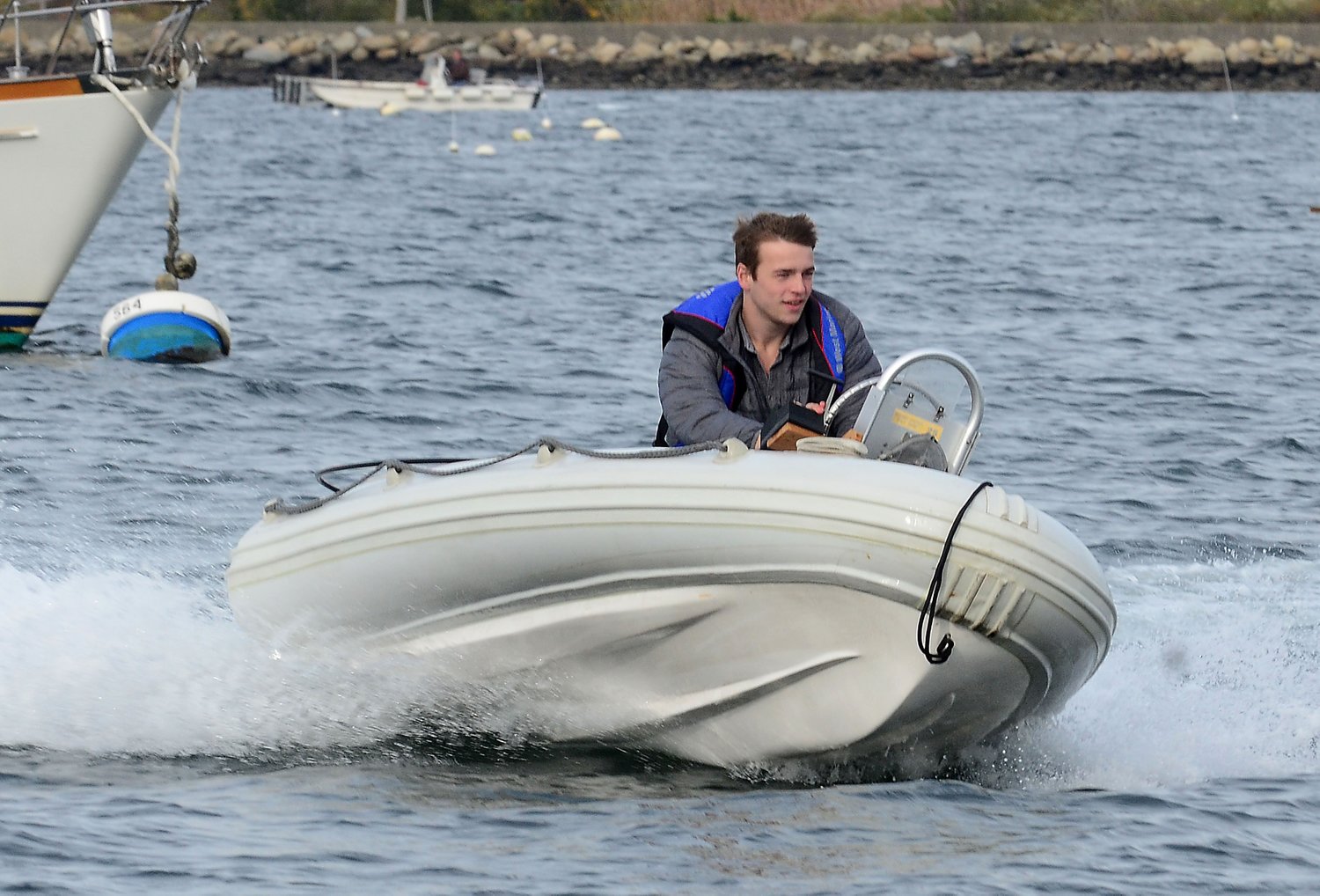 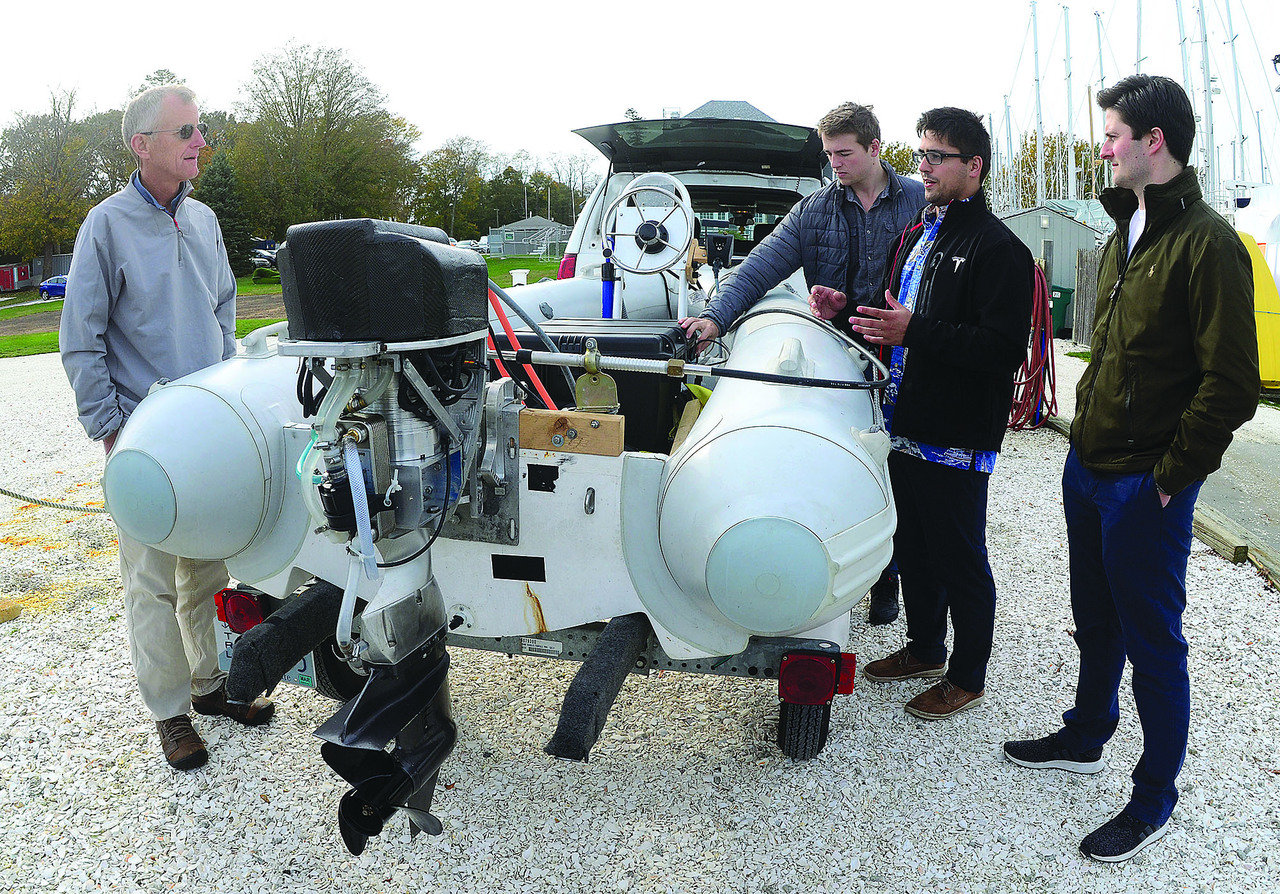 Recreational boating releases a tremendous amount of uncombusted gasoline into the environment each year, with researchers suggesting a range from a low of 150 million gallons to a high of 420 million. It is estimated that operating a family-sized pleasure craft for one hour releases the same amount of pollution as driving a typical gasoline-powered car for 800 miles. It's a problem everywhere there's a recreational boating community, including here.

Over 3,000 miles away from Narragansett Bay, on the morning of Sunday, Oct. 27 here on the East Coast, Bristol's Charlie Enright and his 11th Hour Racing team started another transatlantic crossing, from Le Havre, France to Brazil. This time, they are racing with nearly 60 other boats in the 2019 Transat Jacques Vabre, an iconic transatlantic race, now in its 14th running. With the race underway, sailing is the focus of the team's attention, but a couple of days before that, 11th Hour Racing's mission took center stage. On that day, Enright and Mark Towill , the leaders of 11th Hour Racing Team, together with COO Bill Erkelens, signed on to the team's Sustainability Policy during a small ceremony in Le Havre.

The team's Sustainability Policy defines the mission and vision of the team; striving towards zero waste, eliminating single-use plastics, being water neutral, and going climate positive.

11th Hour Racing has a grant program, funded by The Schmidt Family Foundation, and it's through that grant program that 11th Hour's global reach is coming back to the East Bay. The Schmidt Foundation seeks projects that align with their overall mission, including pollution reduction, ocean stewardship, clean technologies, and ecosystem restoration.

Thanks to the efforts of 11th Hour Racing Ambassador and Brown University sailing coach John Mollicone, Bristol-based East Bay Sailing Foundation (EBSF), a non-profit, public sail training program offering classes for both children and adults, is at the receiving end of a grant to help conduct a study to determine if an electric powered coach boat, which operates with minimal environmental impact, can also be a practical and cost-effective.

Currently, EBSF is functioning with a fleet of 20+ years old, rebuilt, maintenance-intensive, gas-guzzling coach boats. Ideally, coach boats are strong, safe, durable, easy to board and maneuver and trailer, while being cost-effective and fuel efficient.

According to EBSF's proposal, they would like to build off their "power cat" boat, a modified NACRA 6.0 beach cat. Though they find it works well as a race committee boat, it is not ideal as a coach boat: it is wet, difficult to maneuver in tight spaces, and is powered by an inefficient gas outboard engine.

Use the power cat as a learning platform to develop and test the East Bay Sailing Foundation coach boat concept, they would like to replace the existing motor with a pair of electric outboard motors and batteries, making the boat efficient, clean, and maneuverable, and then design a comprehensive testing program to see if a power catamaran can meet the program’s requirements. If Phase 1 proves that the electric power cat is a practical, cost-effective coach boat, EBSF would like to design and build a fleet of three power cats, forming the foundation of EBSF's coach boat fleet.

Last Friday, as Enright and 11th Hour Racing were preparing for their departure from LeHavre, EBSF was hosting the second of two groups of electric motor innovators that week. Representatives from Elco visited Wednesday to demo their EP20, a 20 hp electric outboard. Torqeedo is another one of the small handful of companies producing electric marine motors, and Bristol Yacht Club member Dave Guinther has loaned his personal motor to the project for testing. On Friday, Oct. 25, Ben Sorkin and his team from Flux Marine presented a boat powered by an electric outboard & battery system, currently in development.

Mr. Sorkin, CEO, along with Chief Financial Officer Daylin Frantin and Chief Technology Officer Johnathan Lord launched a zodiac, laden with a compartment carrying two batteries weighing 200 pounds in total. The attached motor was small, about the size of a 6-pack cooler, and, once turned on for demo purposes out of the water, was virtually silent.

Once launched, the only noise was the sound of water being displaced. Uncombusted gas released into the harbor: zero. The crowd gathered on the dock, including project leader Chris Bjerregaard, were impressed with the motor's speed and maneuverability.

The project remains in the testing phase, working on a variety of multi hull designs with a number of different electric and 2-stroke motors, testing turning radius, battery life, planing time, and more from EBSF headquarters at Bristol Yacht Club. There are still more questions than answers, but thanks to a small group of innovators and the generosity of 11th Hour Racing, Bristol Harbor is well on its bay to being a little bit "greener."