When life gives you lemons … They're making lemonade

Mother and daughter work together as entrepreneurs and advocates

Mariana Silva-Buck is a passionate woman. Whether she’s advocating for the rights of domestic violence victims, building a company from the ground-up with her 8-year-old business partner and …

When life gives you lemons … They're making lemonade

Mother and daughter work together as entrepreneurs and advocates 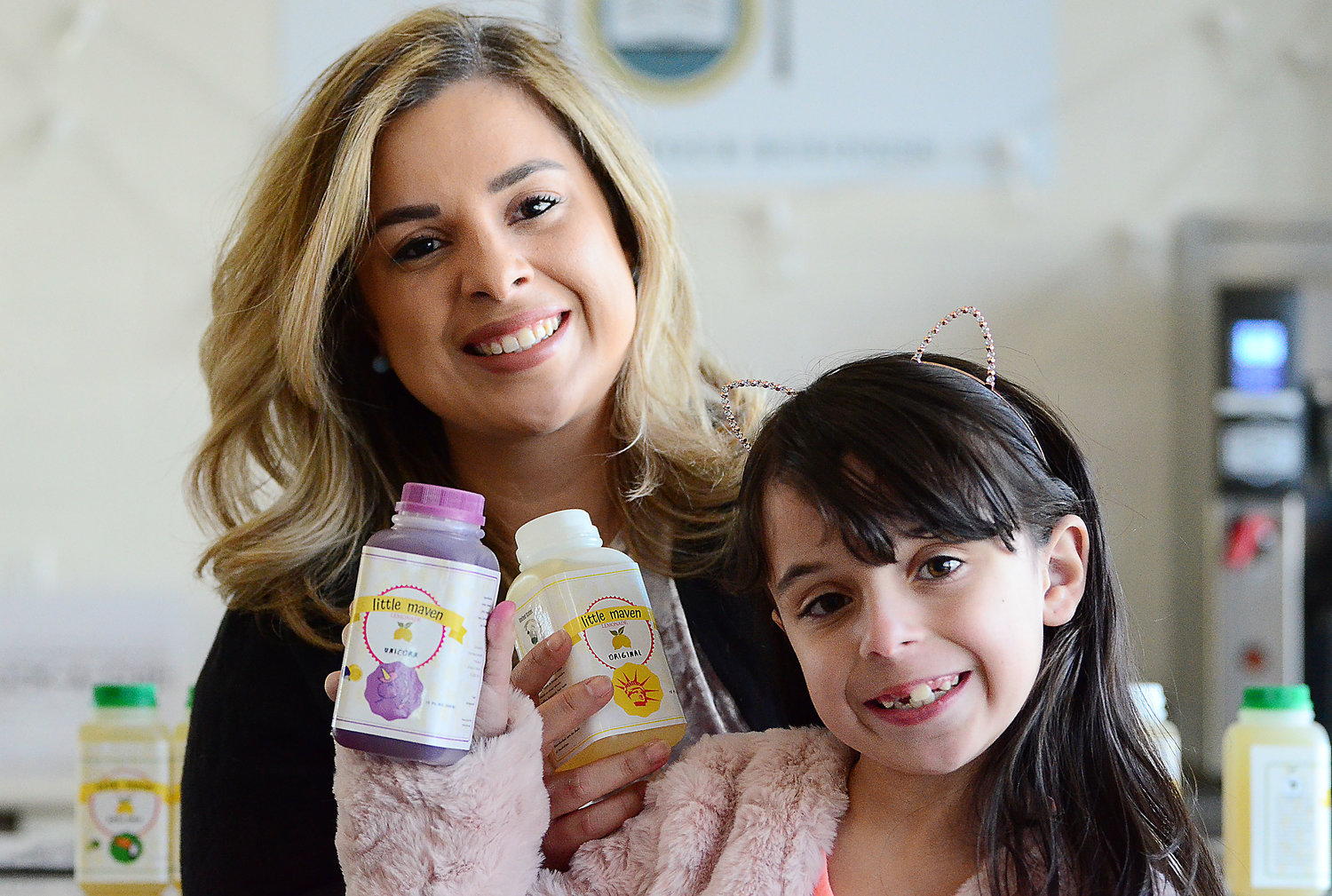 Mariana Silva-Buck and her daughter, Sofia, are building a lemonade business built on different recipes from different cultures. Operating out of Hope & Main in Warren, the pair work together on design and leadership of Little Maven.
Photos by Richard W. Dionne Jr. 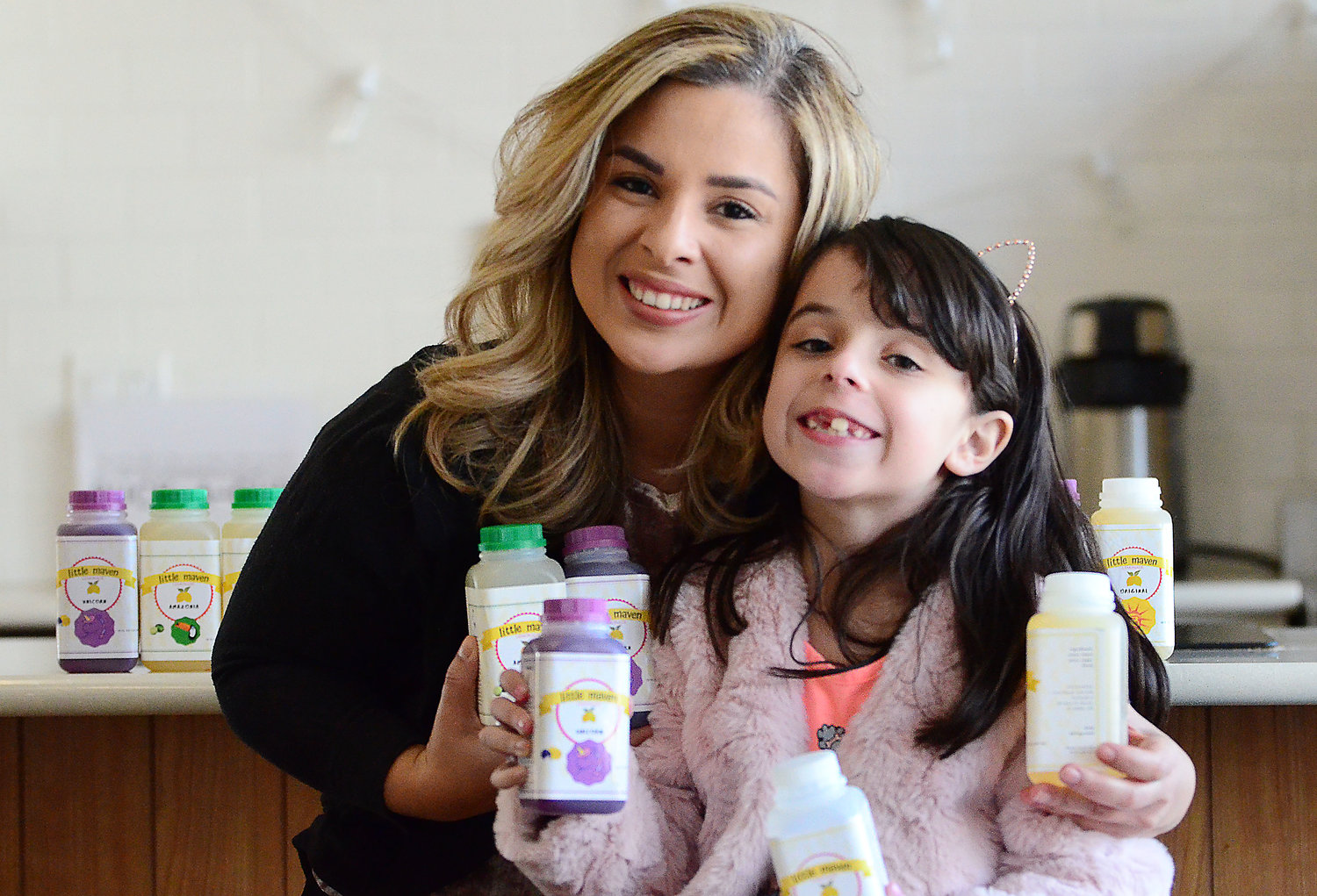 Mariana Silva-Buck and her daughter, Sofia, are building a lemonade business built on different recipes from different cultures. Operating out of Hope & Main in Warren, the pair work together on design and leadership of Little Maven. 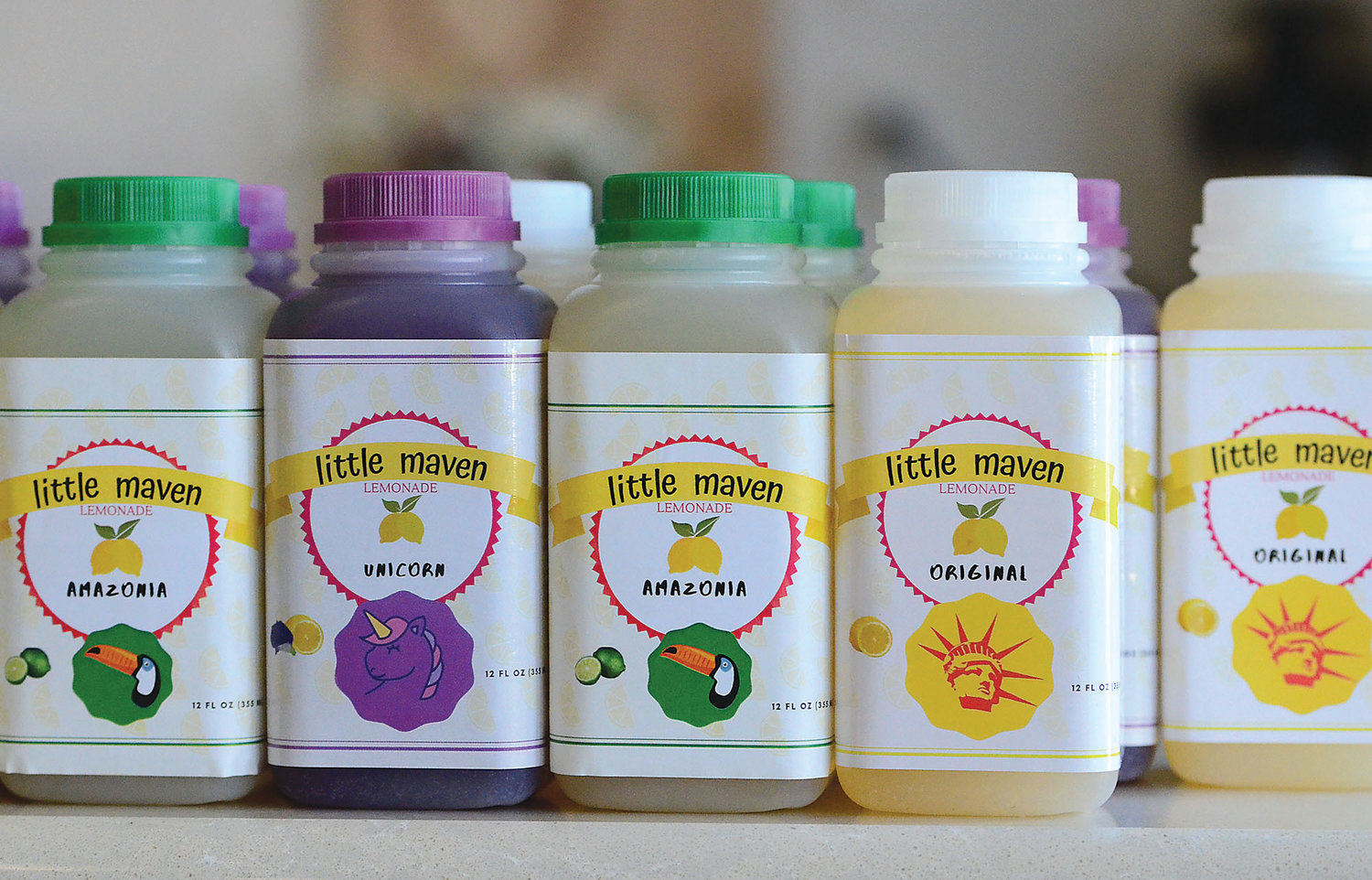 Mariana Silva-Buck is a passionate woman. Whether she’s advocating for the rights of domestic violence victims, building a company from the ground-up with her 8-year-old business partner and daughter, or launching a media project about the immigrant influence in American culture, she does everything full speed ahead. Visions of grandeur, the Barrington resident puts it.

“Nothing that I do is going to be small,” Ms. Silva-Buck said.

It has been 16 years since Ms. Silva-Buck first came over to the United States, through a work-exchange program at her university. During that trip abroad, Ms. Silva-Buck met her husband, and the couple ultimately settled in Massachusetts and started a family.

Yet life decided to throw a few obstacles in Ms. Silva-Buck’s way in the years shortly after she gave birth to Sofia in 2012. Around the same time that she was making her “lunatic” commute to Washington, DC every weekend in order to pursue her MBA, she and her husband were separating, meaning that, occasionally, Sofia had to tag along with her. As if that were not chaotic enough, she was in the midst of beginning her own startup, the digital luxury media company BWI Magazine.

“We were the pioneers of the interactive luxury magazines in the country,” she said.

Though for awhile everything there appeared to be on track — Ms. Silva-Buck secured a major investor for the company, became its CEO and was just on the cusp of landing a major contract— when she learned that her business partner had been stealing money. By the end of 2015, she was forced to shut down the entire operation.

“I woke up one day and had to face the fact that I lost everything,” Ms. Silva-Buck said.

But things were about to get worse before they got better as, after moving temporarily back in with her ex-husband, things between the two started to deteriorate. Ms. Silva-Buck filed a restraining order, found herself in a domestic violence situation, and ultimately proceeded with divorce. Yet between caring for Sofia, attending school and pursuing new opportunities, there was never time for Ms. Silva-Buck to dwell on her situation; she just kept moving forward.

Along the way, she learned that everyone should be able to support themselves financially when the time comes, and she wants to be sure her daughter never faces the same hardships she faced.

“I may not prevent her from being in a domestic violence relationship,” Ms. Silva-Buck said. “But I can make sure she doesn’t have to stay in one because she is not financially able to leave.”

These days, Ms. Silva-Buck is putting that drive toward a different project with a new partner — the lemonade business, Little Maven, with Sofia.

The idea began innocently nearly two years ago, back when the duo were still living in Massachusetts. Sofia had come to her mother wanting to start a lemonade stand, so Ms. Silva-Buck — recognizing that her daughter’s expectations for success would not be met in their quiet town — began to think of some creative alternatives. The result was bottling homemade lemonade she and Sofia made together at home to take to different events.

What started out as a fun experiment quickly grew into something more, as Ms. Silva-Buck and Sofia found themselves invited to events at Lesley University and even the Brazilian Consulate in Boston.

“At the time I thought, maybe there is something here that I should be paying attention to,” she said.

That ‘something’ finally clicked once she and Sofia moved to Barrington last year, and began to build their lives here in the Ocean State. Constantly, they were surrounded by different cultures — Haitian, Indian, Chinese — and Ms. Silva-Buck began wondering what their friends and neighbors drank at home. She and Sofia added a Brazilian limeade and Chinese lemonade to their repertoire, adding facts about the ingredients or the country to every bottle. The idea for international lemonade was officially born.

After securing a space at Hope & Main in August of 2019, Ms. Silva-Buck and Sofia brought their Little Maven lemonades to different farmers’ market events across the East Bay. By November, they had sold more than 300 bottles; more often than not, their beverages would inspire nostalgic conversations between Ms. Silva-Buck and her customers. It only proves to Ms. Silva-Buck that food can be a unifying part of every culture, a concept worth sharing and exploring.

“Food is what brings us together,” she said.

With Little Maven’s success continuing to grow, Ms. Silva-Buck made the decision to leave her job in Boston at the end of January to focus on the company full-time. That same month, the business acquired its wholesale license, and Ms. Silva-Buck has been working on securing different accounts.

Throughout it all, the mother and daughter have remained a team, Ms. Silva-Buck allowing Sofia plenty of creative freedom throughout the entire process. One video shows the 8-year-old going over the company’s label design with her mother, dictating what she wanted the final version to be.

“I joke she is the brains of the operation,” Ms. Silva-Buck said, “I’m just the one who bears the responsibilities.”

While Sofia will remain “the face” of Little Maven and Ms. Silva-Buck will continue to advocate for an easier licensing process in Rhode Island, the single mother is about to embark on an additional, interrelated venture of her own – creating the television series “Our Voices,” geared toward exploring the immigrant influence in American culture.

“I think it can be hard to understand where we belong,” Ms. Silva-Buck said. “Especially when we have this higher power telling us we don’t belong.”

Pursuing the series has been a dream of Ms. Silva-Buck’s since she was 13, but it took until now for her to be content with the adventure, no matter its ultimate outcome. All of her experiences, everything she had to learn, pushed her toward this direction; now that she is here, she fully intends to “hustle the hell” out of this latest journey.

“I've got nothing to lose at this point,” Ms. Silva-Buck said. “The only thing that might happen is that it might work out.”