What’s next for the Zion property in Barrington?

Shortly after the fences went up, the buildings started coming down.

What’s next for the Zion property in Barrington? 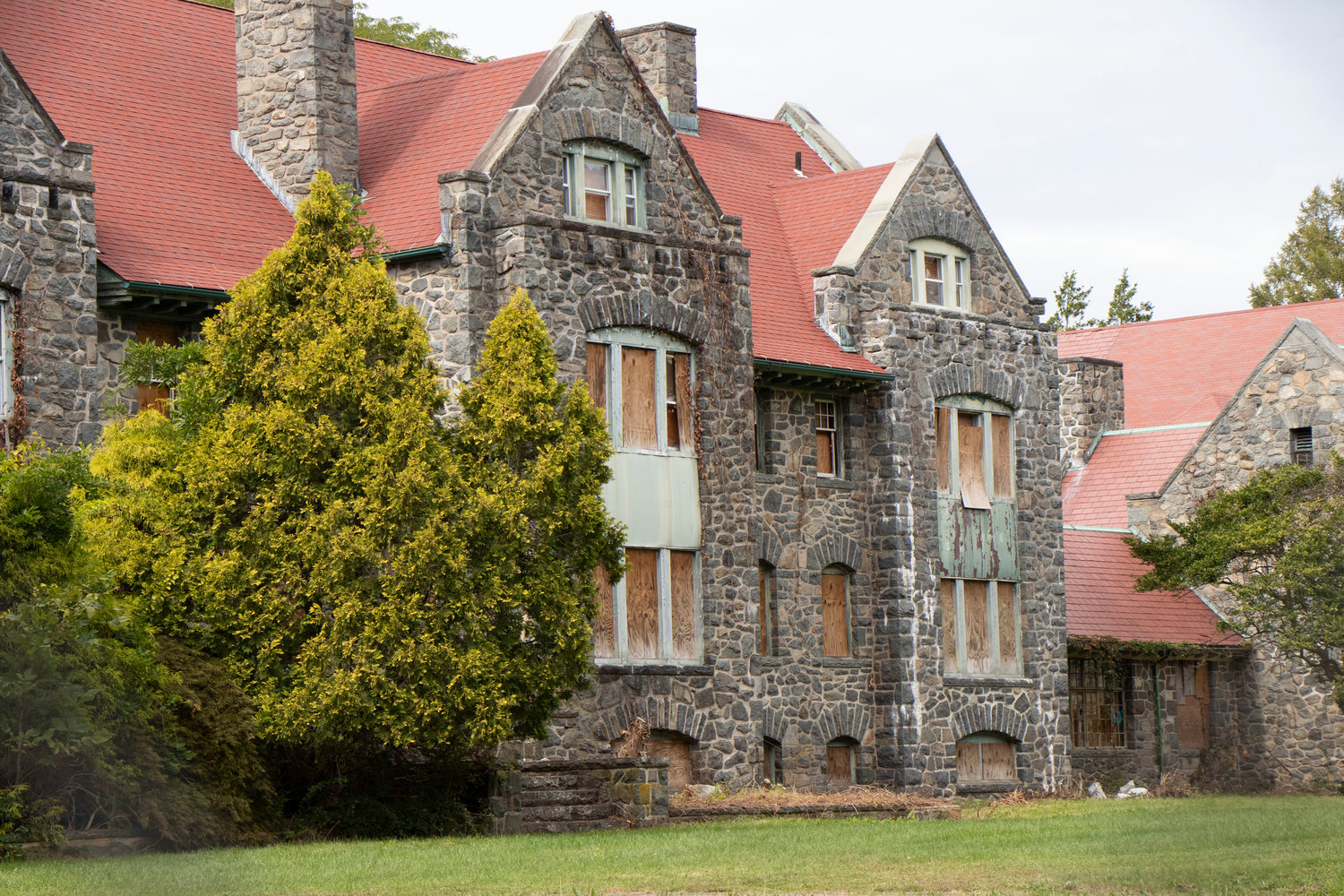 Officials confirmed that all future plans for the property will include the preservation of Belton Court mansion.
Photo by Richard W. Dionne Jr. 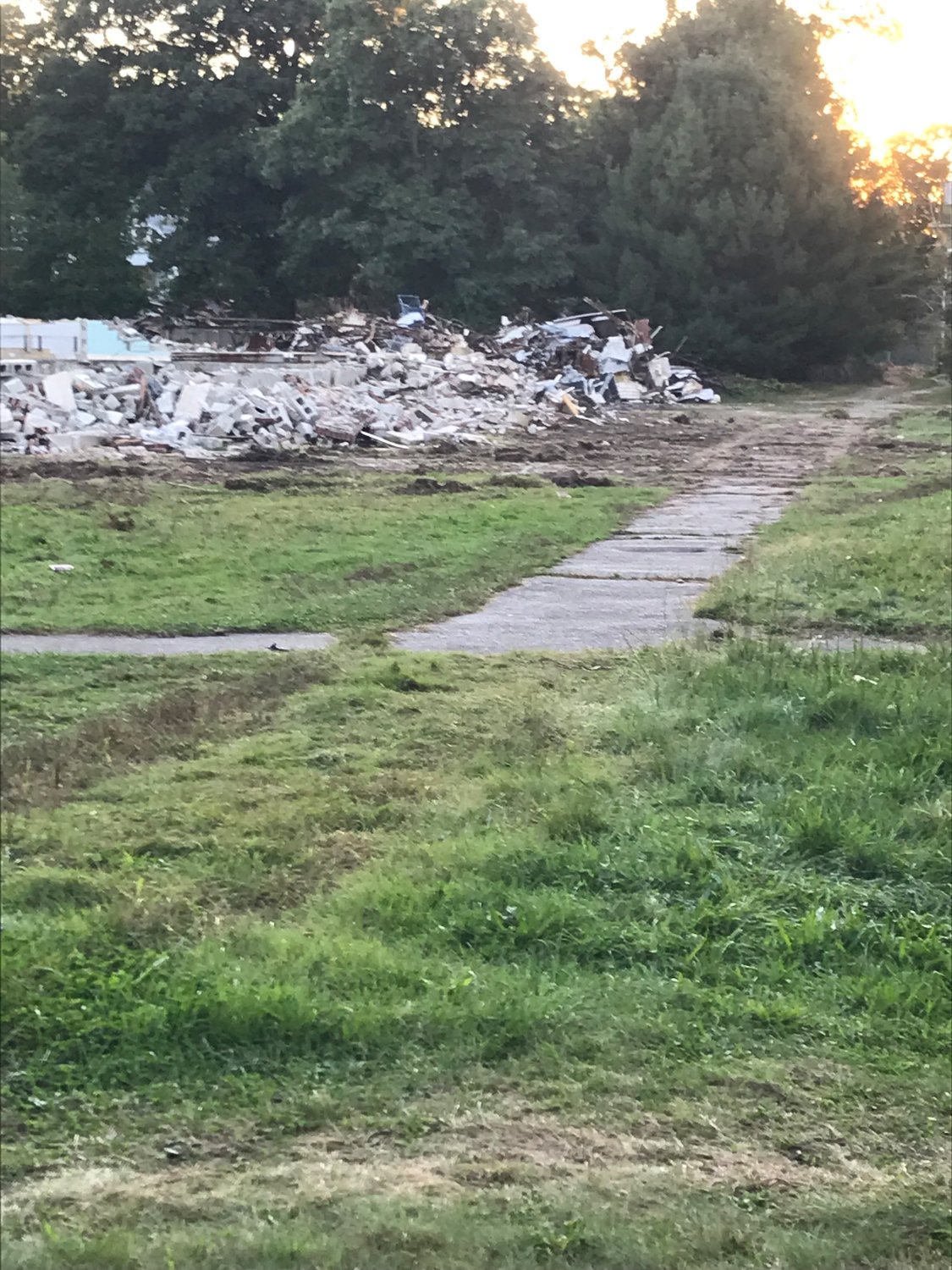 Rubble is all that remains of a building on the former Zion Bible College campus.
Previous Next
Posted Thursday, October 14, 2021 7:03 am

We put a lot of resources into security.”
Charles Deng, advisor to property owner

They haven’t settled… but this is the first time we’ve seen real progress.”
Council member Carl Kustell
By Josh Bickford

Shortly after the fences went up, the buildings started coming down.

Demolition of the Messerlian and Union Hall building on the former Zion Bible College property has coincided with a request filed recently by the property owners to extend a master plan approval that had been granted previously by the Barrington Planning Board.

Charles Deng, an advisor for the property owner Shineharmony LLC, said the Planning Board granted the extension until next July, but he expects there will be a modified master plan before then.

“For the past several months, we started to look at this property from all different angles,” Mr. Deng said during an interview late last week. “Really think about what we can do.”

Mr. Deng said the property owner is working with a development team to determine what is feasible — the group is focused on residential development.

“That’s a focus at the moment. We’re not excluding other possibilities,” Mr. Deng said, adding that the team is looking at 55-plus communities, intergenerational, and developments open to younger people.

“There are a lot of constraints here, but a lot of opportunities here,” Mr. Deng said. “We are assessing different options here… we are trying to be realistic…”

Mr. Deng said the market research they have completed has shown a growth in demand for 55-plus housing. He also said Barrington is a desirable community for people looking to live in the suburbs while working in Providence or another nearby city.

“We’re also looking at the local demand from Barrington residents,” he said, referring to empty-nesters who currently own homes in Barrington but may want to downsize in the future.

Mr. Deng acknowledged the deteriorating condition of the 39.5-acre property over the last decade or so. He said there have been some personnel changes within the management of the company that owns the property, and he believes the current leadership team has shown great progress. He mentioned the installation of a security fence along the property’s perimeter and the addition of 24-hour security on the former campus.

The group has also been regularly submitting security reports to the town, which was a requirement set by the planning board.

“We put a lot of resources into security,” Mr. Deng said.

The advisor to the property owner said the focus on security has led to a dramatic decrease in the number of trespassing and vandalism incidents on the property recently.

“It has been reduced to almost zero,” Mr. Deng said.

In addition, demolition of certain buildings is under way. Management hired the Bilray Corporation to tear down the structures; work started in September with the remove of the Messerlian and Union Hall building and will continue with the demolition of Hero Hall, Chase Hall, and Campbell and Wilson Hall in the near future.

Mr. Deng said that any future plans for the property would include the renovation of the Belton Court mansion, a building included on the National Register of Historic Places.

The recent progress shown at the Zion campus has left Barrington Town Council member Carl Kustell feeling optimistic about the future of the property.

“They still have a lot of plans on the table about what they would like to do,” Mr. Kustell said during a recent interview. “They haven’t settled… but this is the first time we’ve seen real progress.”

Originally submitted in 2015 and approved thereafter, the initial master plan for the property calls for the development of a continuing care retirement community — the project included more than 250 residential units, ranging from cottage living to assisted care apartments. The plan called for Belton Court mansion to be repurposed into living units.

The town worked closely with the property’s owner, ShineHarmony LLC, on a tax stabilization deal which would have allowed the developer to pay a lesser amount in taxes initially and then increasing amounts over the next 15 years. But the future of the continuing care retirement community development grew cloudy in 2017, when the property’s owner stalled on the construction plans and decided to list the 39.5-acre parcel for sale. ShineHarmony officials also allowed the tax stabilization deal to expire.

Mr. Deng said the owner is no longer focused on selling the property.

Recently, ShineHarmony officials requested the extension — as part of the request, the property owner needed to provide an update on their compliance with eight conditions of approval set by the planning board. One of the conditions called for ShineHarmony officials to provide a plan and schedule for demolition of all buildings on the campus that are not included in the amended master plan.

The property owner is working with a company called BLDG Works, which is described as an investment firm, an architectural design firm, and a construction management firm.

The project leader for BLDG Works, Erik Churchill, responded to an email from the Barrington Times, stating that there were “exciting things to come” at the former Zion Bible College property.

• Restore 24-hour-a-day, 7-day-a-week security at the site. “The owner shall provide the Planning Board logs and/or other documentation from the security company as proof security was put in place and remained in place the entire time.”

• Logs of security detail to be submitted to the Barrington Building Official every Monday by noon, or by noon Tuesday if Barrington Town Hall is closed on Monday.

• Secure the roof of Belton Court where vandalism was done to be weathertight; this condition had a deadline of July 16.

• Any doors or windows reported to owner by town as open or unsecured, to be secured.

• Demolition of student union/cafeteria building — secure the demolition site, to include installation of a perimeter construction fence.

• Provide a plan and schedule, including asbestos abatement and rodent clearance and demolition, approved by the Barrington Building Official to demolish the rest of the buildings at the site that are not to be included in the amended master plan.

• Submit conceptual amended master plan for review by the Planning Board prior to the end of the 3-month extension, to include a plan to restore and repurpose Belton Court.

• Any violation of these conditions results in immediate prosecution for $500 per day per violation.