More than 70 people gathered at the Handy House Sunday to share stories, photos and information about the Polish families of Westport. Organized by the Westport Historical Society, the event was … 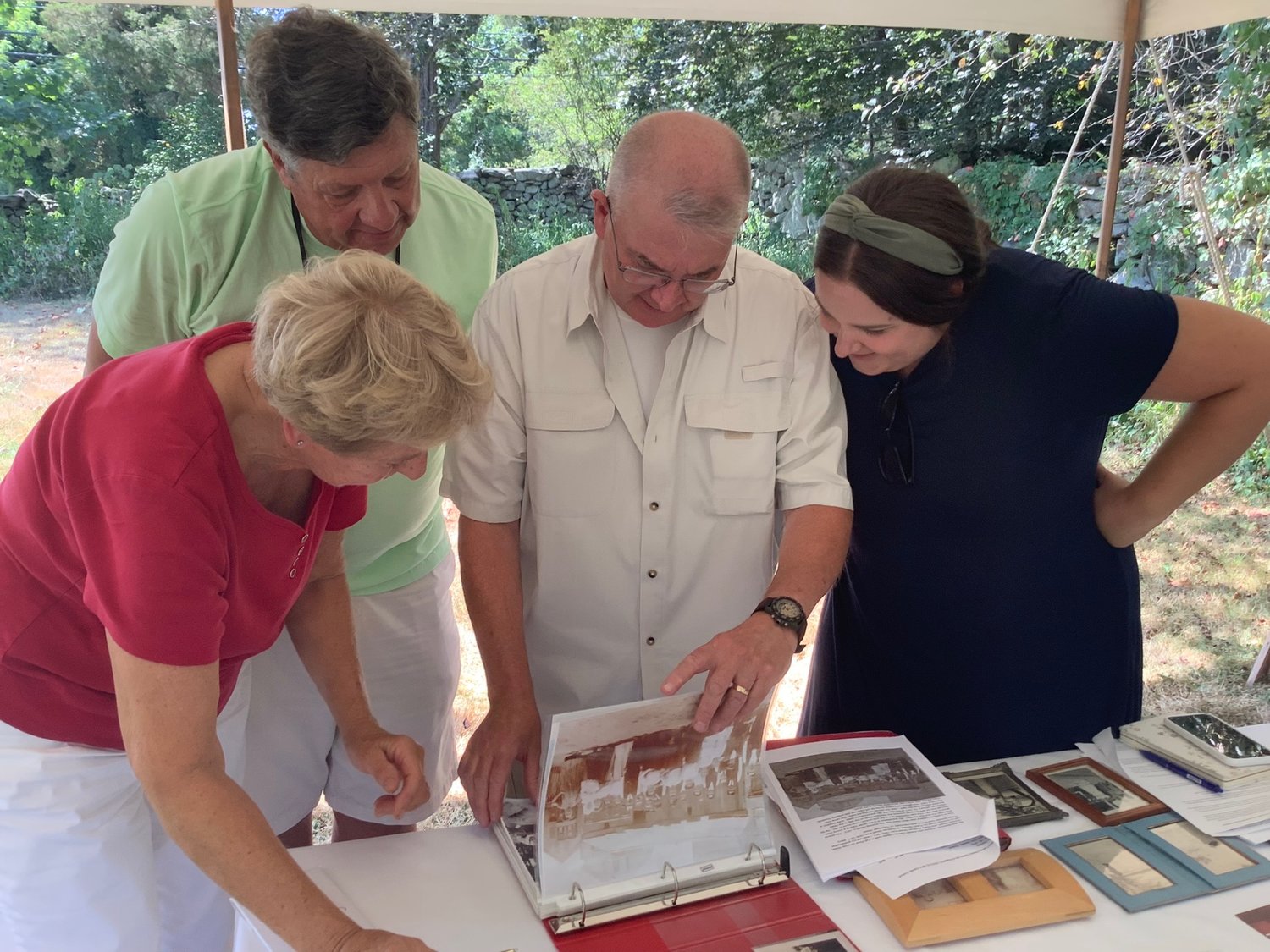 More than 70 people gathered at the Handy House Sunday to share stories, photos and information about the Polish families of Westport. Organized by the Westport Historical Society, the event was designed to facilitate discussion about this aspect of local history and to help individuals reconnect with each other.

“The event exceeded our expectations on all counts,” said Jenny O’Neill, the society's executive director. “It was wonderful to see so many people share their common heritage with such enthusiasm.”

By the early 1920s, a group of 19 families with Polish roots owned a total of 918 acres in Westport. They were part of a wave of immigrants from Poland and other eastern European countries, seeking to escape extreme poverty and political oppression. They arrived with few resources, finding employment in the mills of Fall River and New Bedford, and eventually were able to purchase land in Westport. Many settled on small, self-sufficient farms, each with a horse, a cow, a few pigs and hens, and extensive vegetable gardens. According to local historian Russ Hart, these families “very quietly contributed to make Westport a better place to live.”

The event included a number of presentations focusing on different families. According to Joanne Zembo Demarco: “By working many hard hours in the mills, the Zajac family saved enough money to buy their new farm in 1929 on 157 Davis Road. In the back of the house was a large chicken yard and coop, housing 300 chickens. There was also an outhouse and to this day I still have nightmares about thinking I was going to fall through the hole. My grandma actually used this outhouse until the early 1960s.”

“The animals purchased for the farm were 14 cows, one bull, one horse, rabbits, dogs, cats, two pigs and 300 chickens. The farm had a beautiful orchard consisting of a variety of apples, pears, peaches, plums, and grapevines.  The vegetable garden had potatoes, tomatoes,  corn, carrots, onions, cabbage, squash, pumpkins, and had a wide variety of berries. The house had a root cellar for potatoes, carrots, cabbage and turnips to preserve these vegetables for the winter.  Also canning was used to preserve vegetables and fruits. The large fields were used for hay which was cut and pitched onto a wagon sometimes as high as 30 feet and then stored in the barn for cows and their work horse.”

“The boys set up one of the fields as a baseball diamond," she said. "They had lots of neighborhood kids to join in the games and also played against teams in the local towns. Other special sports were ice skating and ice hockey on a small pond in the back of the house.”

Dufault, whose grandparents Victoria and Joseph Ziemba immigrated from Poland in 1900 and purchased their Westport home at 634 Gifford Road, shared a selection of photos, discovered in the barn. A diary, dating back to 1917 and written mostly by Josephine Zembo, was found in a closet at the homestead, and it provides insights into the daily life of these farming families.

“We all worked hard on the farm. We weeded onions on hands and knees using kitchen forks.  When they were ready to sell, Pa took the horse and wagon and went to the city (Fall River). He took the produce to people he knew.” (Journal entry)

One of the photo albums, dating from 1924-25, has photos of farmers and their families in Westport. “My hope is to be able to identify these families,” said Dufault.

Many of those who attended Saturday’s event continue to carry on Polish traditions. Joanne Zembo Demarco described her favorite holiday, Christmas Eve:

“We have all the homemade Polish foods like pierogis, golumki, sauerkraut, kielbasa, rye bread and Borscht (mushroom soup with  boiled potatoes and fried onions). Before the meal we have a tradition that we each get a piece of blessed wafer from a Polish Church called Oplatek. Then you go to each person and break a small piece of their wafer and they do the same to yours, and place it on your tongue and  you send them good health and wishes throughout the upcoming year. It’s a wonderful tradition that’s been going on for years and I hope that the generations ahead will continue it.”

Food continues to play a central role in the preservation of their Polish traditions, and recipes, photos, video, and additional information can be viewed at www.wpthistory.org/2018/11/westport-polish-farm-families-1915-to-1950/