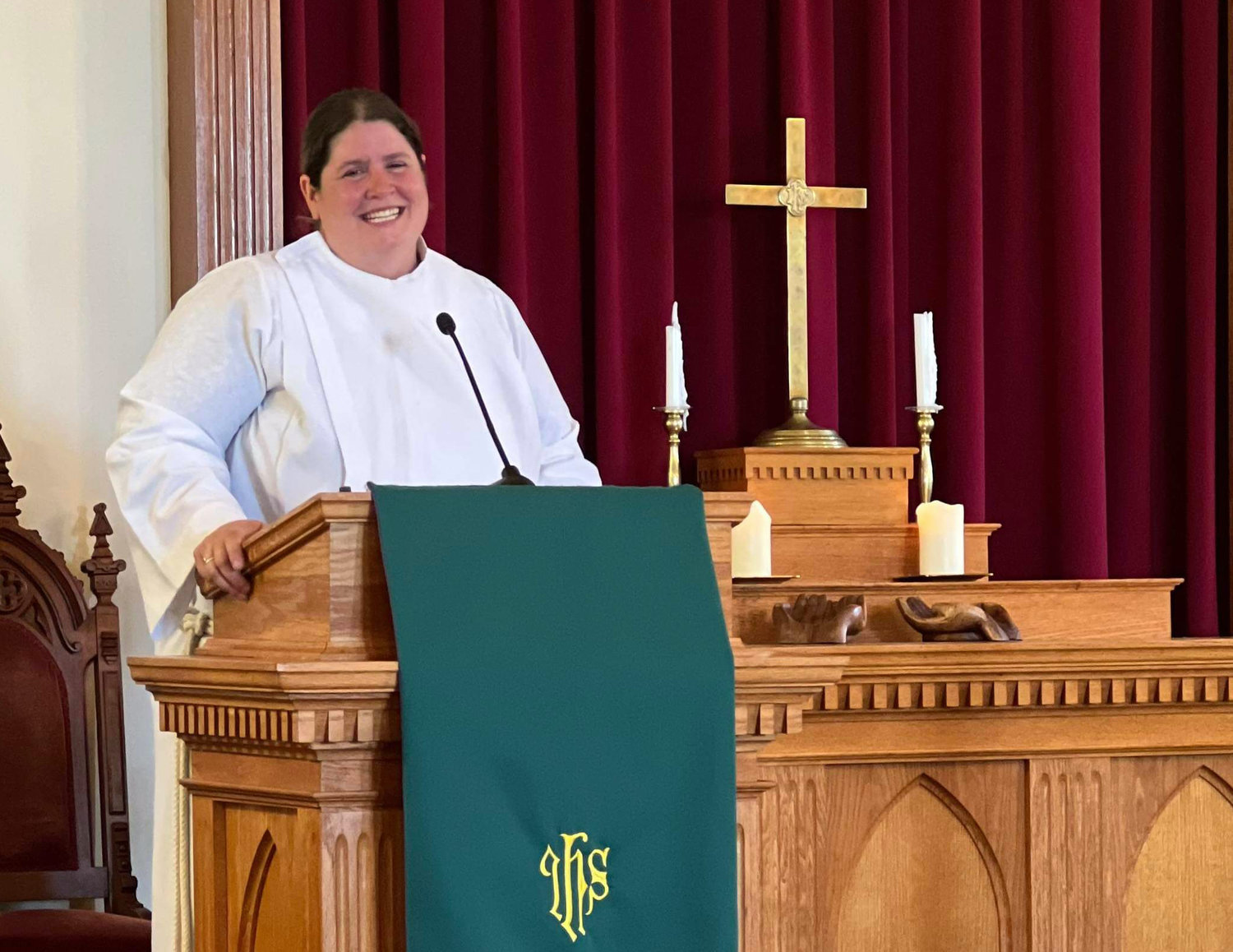 My faith has grown significantly because of the people in this community. I've never seen so many different groups of people come together for such an incredible mission of being better neighbors, and being stronger together.”
Kate Galop
By Ted Hayes

Pastor Kate, as she's known here, said this week that her departure from Westport is bittersweet. Though she is excited to take on a new pastorship on Monday, July 10, she will deeply miss the many friends she made here, as well as the astounding natural beauty of the town. Both gave her incredible inspiration and peace during her tenure, she said.

She grew up on Cape Cod, and recalls her thrill at first coming here in 2016. She fell in love with the river and ocean and immediately found a welcome home, growing closer during the ensuing years to what she believes her true calling is:

"My faith has grown significantly because of the people in this community," she said. "I've never seen so many different groups of people come together for such an incredible mission of being better neighbors, and being stronger together. It has been an amazing experience to be a part of this."

Galop grew up in a family of first responders, and always had an affinity for public service and servants. Shortly after she arrived, she found an open door at the Westport Fire Department, became the department chaplain, and started working hand in hand with the town's emergency services on a near daily basis. She is thankful for having been given that opportunity.

"It's been an honor and a privilege to be the fire department chaplain, and to serve alongside our first responders," she said. Fire Department Chief Brian Legendre "really gave me an opportunity, they took me under their wings and allowed me into their lives. It's been an amazing relationship."

Apart from her duties as chaplain, Pastor Kate has spent much of her time here learning how to expand the church's voice and outreach in what has become a world vastly different than it was when she arrived. Though no one saw it coming, the COVID pandemic was a huge part of that mission. Because of it, she helped oversee a technical revolution in the church that today sees it active on Instagram, Twitter, Facebook, and through its website. The church now live streams services and she has been overjoyed to see thousands of visitors log on, from all parts of the world, as that online presence has grown.

As for COVID, "I looked at as, people were obviously heartbroken and challenged, and they couldn't do what they used to be able to do. But it gave us an opportunity to launch online and go virtual. So we provided an opportunity for people to worship with us, even if they couldn't in person. We were able to bring the church into people's homes in ways that we could never have dreamed of."

Pastor Kate has known for some months that she'd been re-assigned to Chicopee, just outside of Springfield, Ma. She is looking forward to her new role, and has already spoken to the Massachusetts State Police about serving in some form of chaplaincy.

Still, she said she will miss the people of Westport, and its deep roots in the ocean.