The weather is getting warmer and Cherry & Webb Beach will be officially open soon. The only thing missing is hot beach weather, and lifeguards.

The Westport Beach Commission is having a hard … 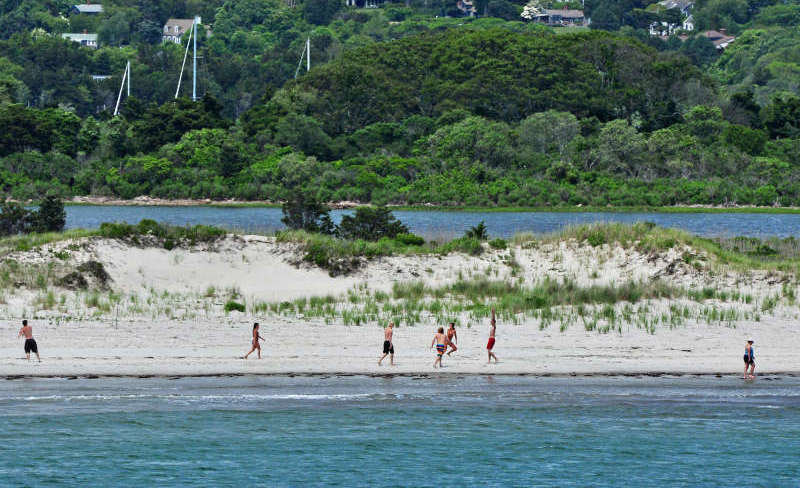 The weather is getting warmer and Cherry & Webb Beach will be officially open soon. The only thing missing is hot beach weather, and lifeguards.

The Westport Beach Commission is having a hard time finding lifeguards for the summer season. Commissioners want nine to provide 224 hours of coverage per week, including five on the weekends, but so far they've only been able to hire five, commission chairman Sean Leach told the select board last week. Perhaps the biggest issues are the town's rate of pay, the overall job market and the lower number of beach passes sold this year.

"The state is offering a lot of money" for Horseneck lifeguards, he said. While Westport offers $21, the state is paying $22, plus a $500 signing bonus.

"We can't match that," Leach said.

Anticipating the higher competition for lifeguards this year, the commission increased its personnel budget by about $10,000. With beach pass sales lower than last year — 2,200 so far this year, versus 2,814 sold last year — the commission could keep raising beach sticker prices to cover costs, but Leach said he doesn't want to do that.

Instead, he said he will continue to look for lifeguards.

"We're looking and poking around," he said. "The way the job market is, you can get a job paying more doing something else. Not that it's hard work, but there is a lot of responsibility. It's a pretty good gig."

If the town isn't able to hire a full complement of guards for the season, he said there are contingency plans in place, but those too come with their own price, including having guards work only the weekends.

That would be unfortunate, he said, as apart from the obvious issues of safety that require lifeguards, he said guards also perform a vital function by "keeping people on the straight and narrow."

"Behavior is better when they're there."

The good news is that Cherry & Webb is looking as good as it has in years, Leach said.

"It didn't take a lot of beating this winter," he said.

"If you walk the beach tonight, it's as nice as it's ever been. A week or two ago a giant berm of sand showed up. There were small stones that appeared over the winter (but) they've since been covered."