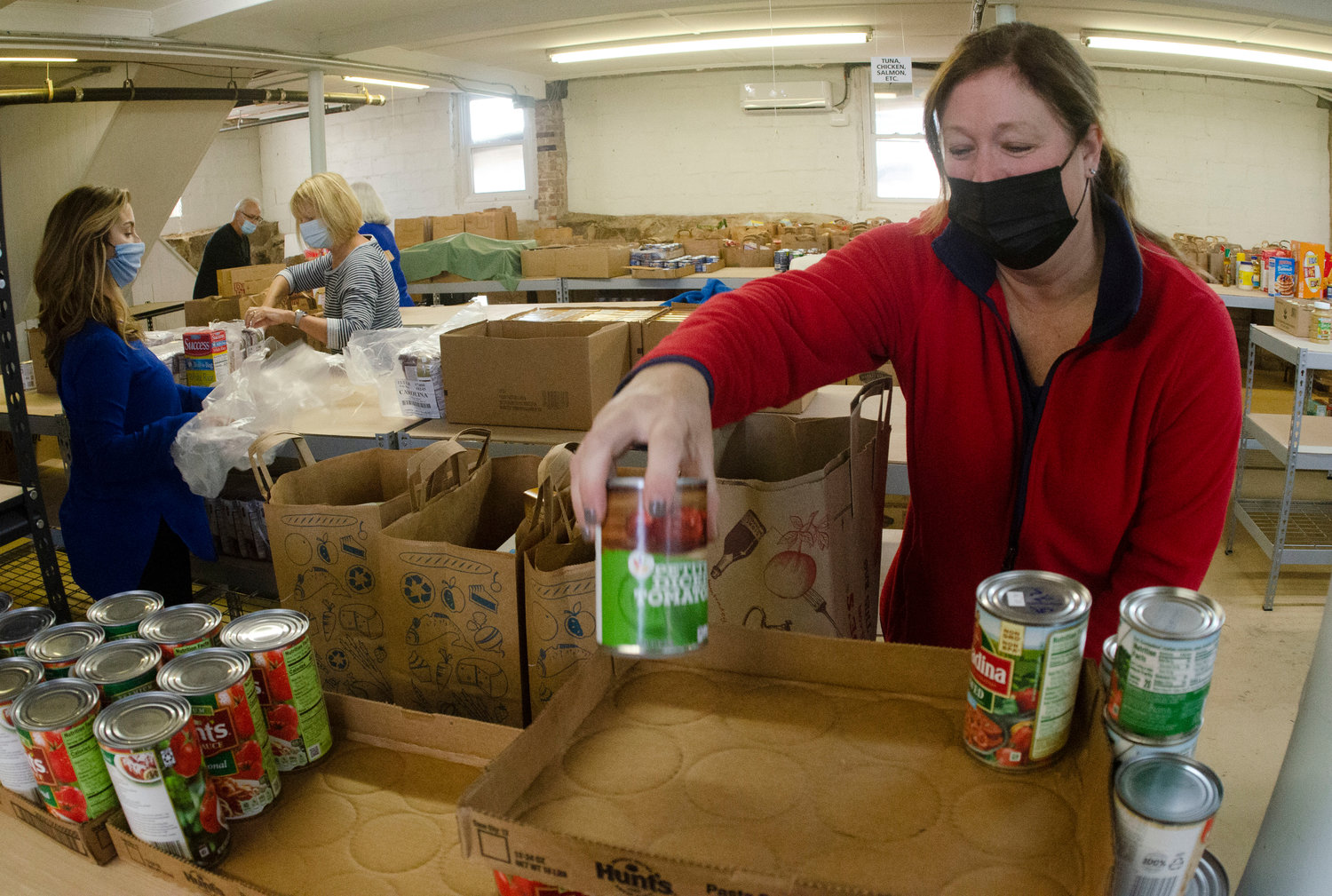 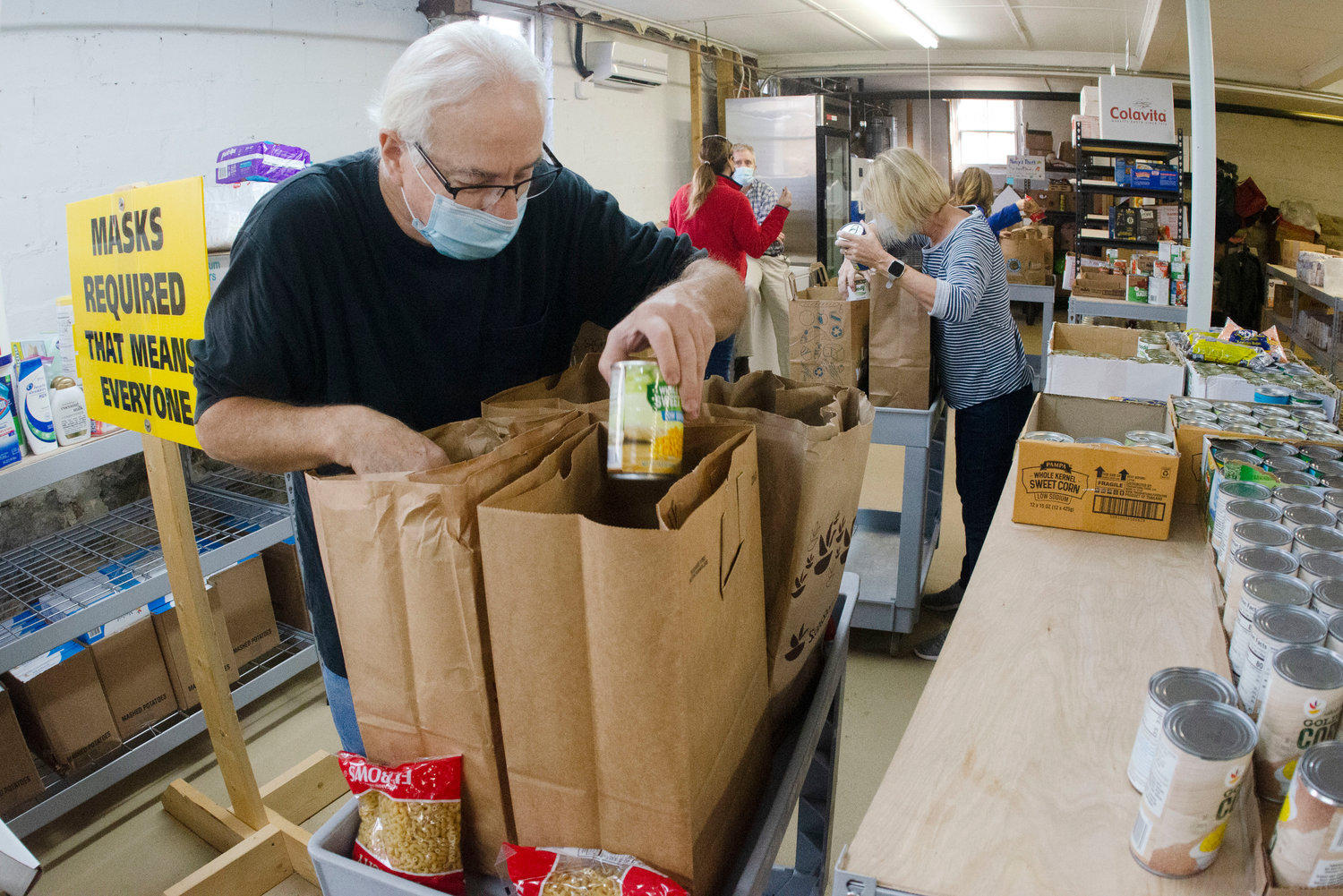 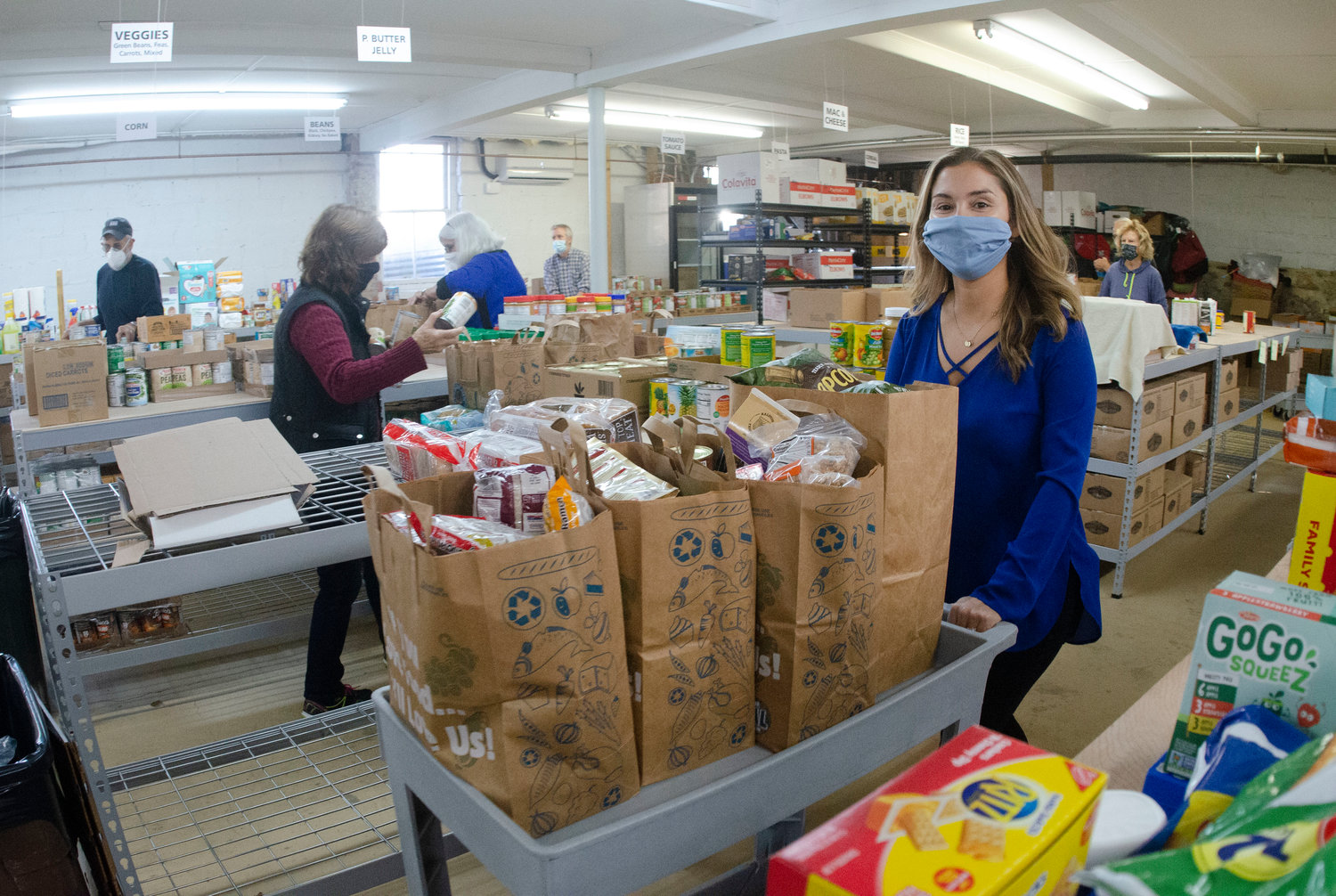 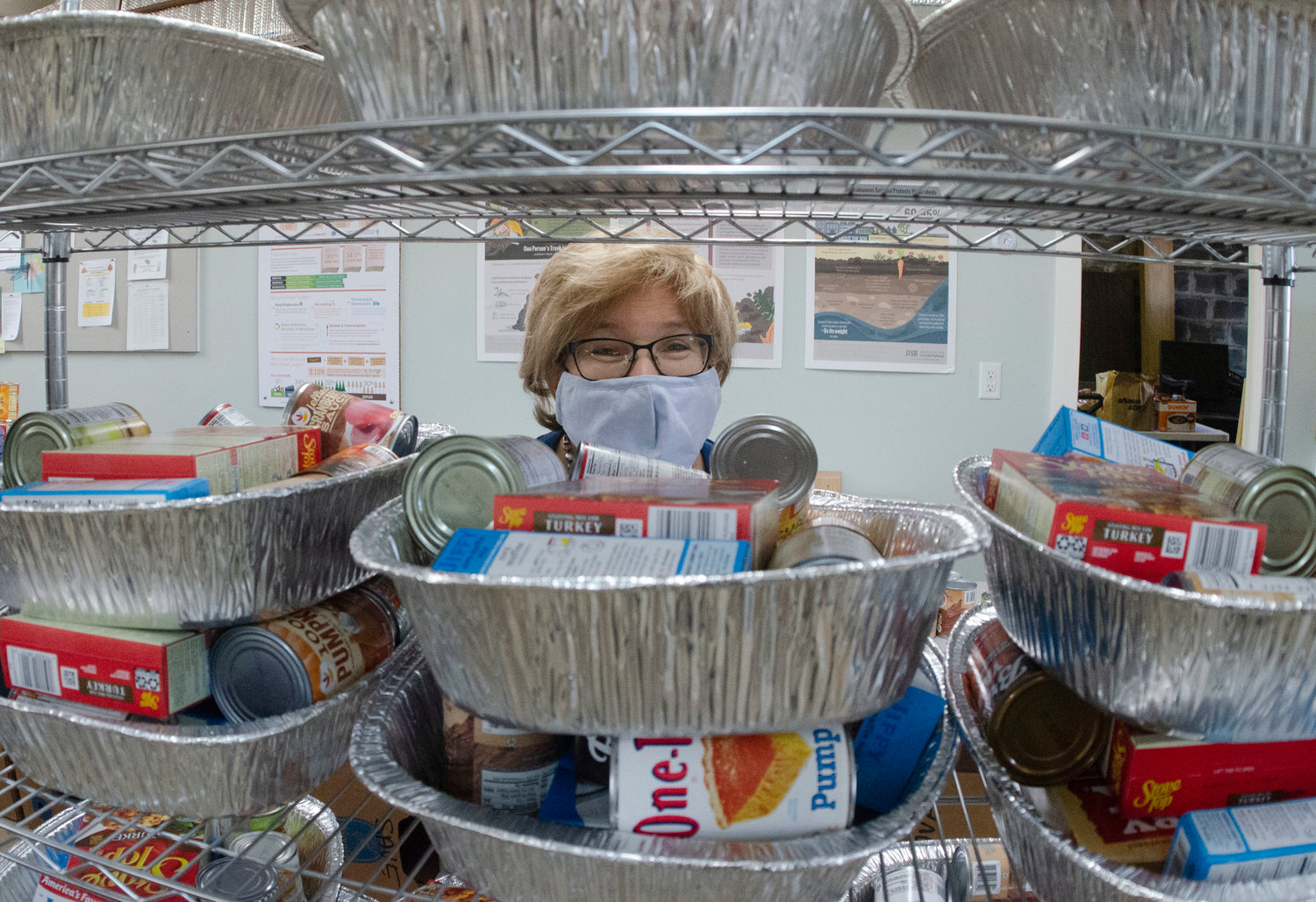 Down in the basement, about half a dozen workers led by Westport Recreation Director Dana Stewart moved quickly and efficiently, plucking cans and boxes of food from metal shelves and transferring them to a long row of brown paper bags set up along a side wall. In the back, dozens of aluminum oven roasters awaited filling with boxes of stuffing, canned goods and other holiday fixings that were due to be distributed Monday.

Everyone had a task and though they moved back and forth quickly, rolling unwieldy carts between narrow aisles packed with food, nobody got in each other's way and there was plenty of good-hearted banter.

"I can't say enough about the volunteers,' said Stewart.

Though it might have been busier due to the impending holiday, the Westport Food Pantry has grown far beyond what was envisioned when it was started on an emergency basis 19 months ago.

In the Spring of 2020, Stewart was starting to wonder what she was going to do with her time. Many of her recreation department responsibilities were falling by the wayside as the pandemic settled in and public events and close contacts were shut down. One day, during a conversation with the director of the board of health, she was asked if she'd be interested in helping launch a pantry to help address the growing food insecurity being seen around town.

"We had to stop running any and all recreation programs and events," she said. "So I found myself saying, 'What now?'

Quickly, the Town of Westport mobilized and set up a temporary funding and operational mechanism that allowed the pantry to run under the auspices of the town government. It was originally run out of the Town Hall Annex gym, but in late summer 2020 transitioned to the Grange Hall, where it remains.

In the early days, there wasn't much thought given to making the pantry a permanent fixture in town. Before word really got out the response was initially slow, and over the first few months maybe 50 people a week drove through the pick-up line every Monday. Today, Stewart said the pantry now serves an average of about 120 regular clients per week.

Volunteers collect thousands of pounds of food a week, collect and offer donated non-food items such as appliances and household items, spend upwards of $1,000 per week on groceries, and receive deep support from others in the community and beyond — for instance, the pantry's recyclables container behind the Grange, usually filled with cardboard recyclables from packaging, is being donated by Westport-based Cleanway.

"It just grew really fast," Stewart said. "We had such a great response from the community. And it just continues. It's amazing to see how everyone has embraced it."

Several key moments along the way helped: One was "Westport Has Heart," a fund-raiser theGrange started about a year ago to bring awareness and increase donations to the pantry. At about the same time, the Town of Westport signed a Memo of Understanding (MOU) with the non-profit Friends of the Westport Council on Aging, which became the the pantry's fiscal sponsor. This opened up more grant opportunities and made donations tax-deductible, Stewart said.

And this past July, the pantry became an official charitable corporation, and has filed for 501(c)3 status.

As the pantry transitions into its own charity, Stewart said the move will help bring in even more donations and grants, and will make it easier to control from and administrative standpoint. Though she said she will stay as long as she is needed, one goal is to replace Stewart with a permanent director to run the program. She thinks it's a good idea as the pantry, and its reach, continues to grow.

Though need for and interest in the pantry has never been higher, and the job never busier, Stewart said she is proud of the work she and her volunteers due to help those who need the pantry. Packages are handed out every Monday, and "we try to be as friendly and positive as possible. We want people to feel comfortable, to feel at ease — it's really important."

This week's bags were expected to contain extra goodies, including gift cards that can be used for a turkey or other holiday fixings.

"Everyone should be able to have a good Thanksgiving without worrying about it," one volunteer said as she filled a bag Friday morning.

Here's how you can help

What: The pantry distributes food every Monday from 9 to 11 a.m. at the Grange Hall, 931 Main Road. People who have food and other items to donate can drop them off Tuesdays, Wednesdays and Thursdays from 9 to 11 a.m. See www.westportfoodpantry.org for a list of needed items.

Donations: Want to donate? Checks can be made payable to "Westport Food Pantry Inc." and either dropped off in person or mailed to PO Box 3303, Westport, Ma. 02790.