Westport high school students got a good dose of history alongside hands-on boat building lessons this spring, when they built "Osprey," a replica of a shallow-drafted coastal sailboat built in … 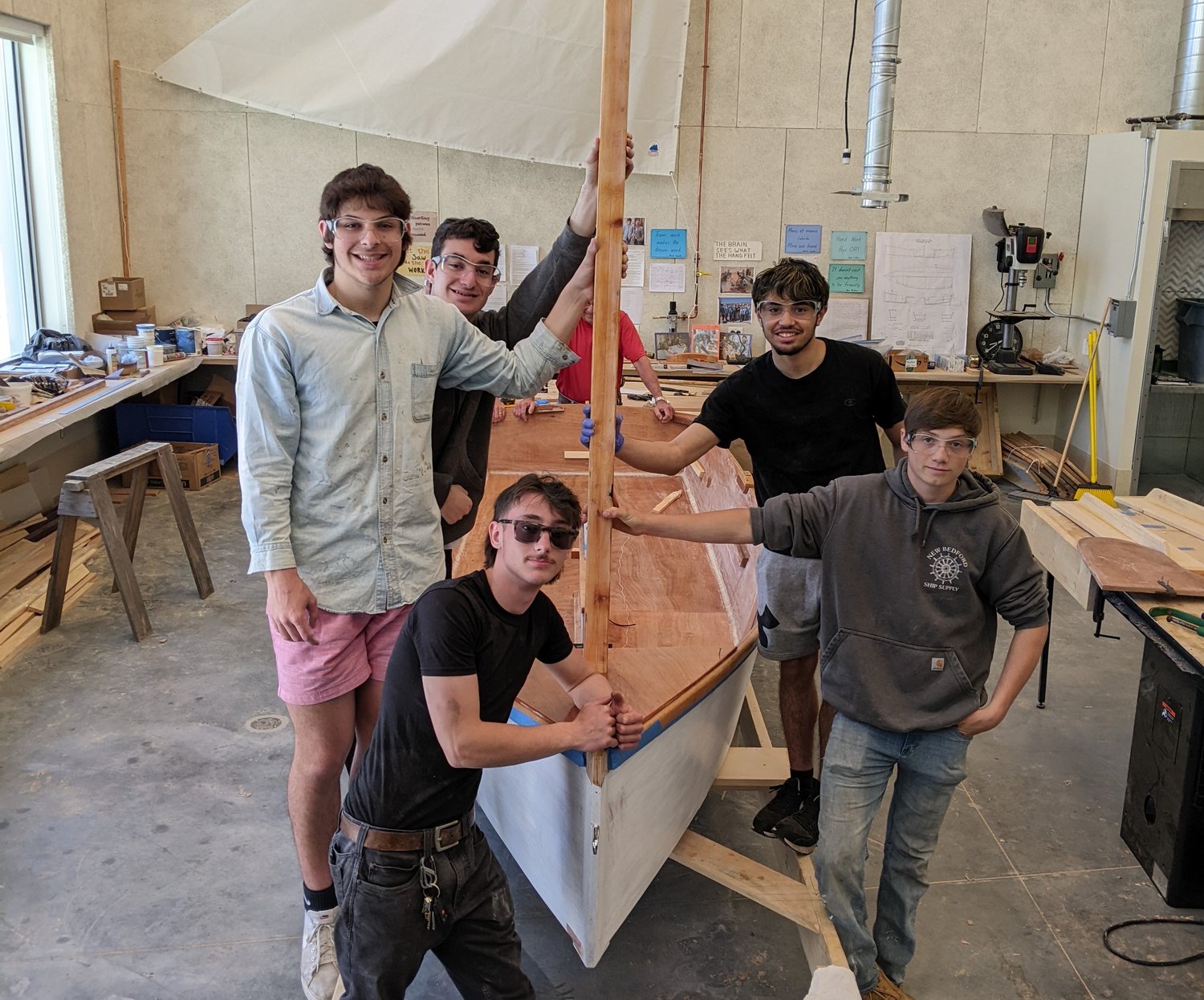 Westport high school students got a good dose of history alongside hands-on boat building lessons this spring, when they built "Osprey," a replica of a shallow-drafted coastal sailboat built in Westport a century ago. If all goes as planned, they'll launch her on Saturday, June 4.

The students, enrolled in the high school boat building program jointly run by Westport Community Schools and Dharma Voyage, are putting the finishing touches on their recreation of "Sandpiper," a single-plank Westport sharpie designed as a centerboard shoreboat and built by Westporter Fred Tripp in 1922.

The original spent years on Westport waters before being converted into a sandbox, and eventually making its way into a barn where it was found in some disrepair by Westport resident Bob Baker. He measured and took lines from the old boat, and made them available at Mystic Seaport in Connecticut. Boat builders here purchased the plans and started work on the project about three months ago.

Building Osprey was a bit of a departure for the students, who for six previous years had mostly built rowing gigs and dories that are now being used by Dharma Voyage. This year was different, said Marilyn Packard-Luther, the youth boat building facilitator for Dharma Voyage.

Before this year, boats have "gone right into the community rowing program," she said. "Dharma Voyage is kind of at capacity now. So we talked to some historical people and boat people, and found this great boat that was designed right here. This one is a little centerboard shore boat, so it's a sailboat and we also have stations for rowing it as well. It's great for the river and offshore, on not too too windy a day."

"It's functional, purposeful learning," Packard-Luther said. "They're not only learning STEM subjects and carpentry skills, but also getting a lot more about how Westport ties in with all of this. We had five active boatyards in our town. Barks, schooners, whalers, they were all built here. The students learn about boat building and all the trades that were associated with it."

In past years, students built their vessels out of a workspace donated by Ted Pickman on Forge Road. This year, with the new middle and high school built out, they used a large, airy workspace at the school.

While their work is about done, there are still some finishing touches to work on before the launch, scheduled for 3 p.m. Saturday, June 4, at the public boat launch at the Head of Westport landing on Old County Road.

Before that date Harrington, an avid sailor, will take Osprey out for a few shakedown cruises to see if there's anything that needs to be tweaked.

"Then after the launch we're hoping to get it into the public's hands for young people to take lessons on," Packard-Luther said.

A Fast Eddie Fourth in Westport

Waving the flag in Little Compton