Council votes unanimously to raise flag, and will also fly it every February for Black History Month

The Black Lives Matter flag will soon fly in front of Warren Town Hall, after the Warren Town Council on Thursday evening unanimously lent its most visible support yet to a request to recognize a …

Council votes unanimously to raise flag, and will also fly it every February for Black History Month 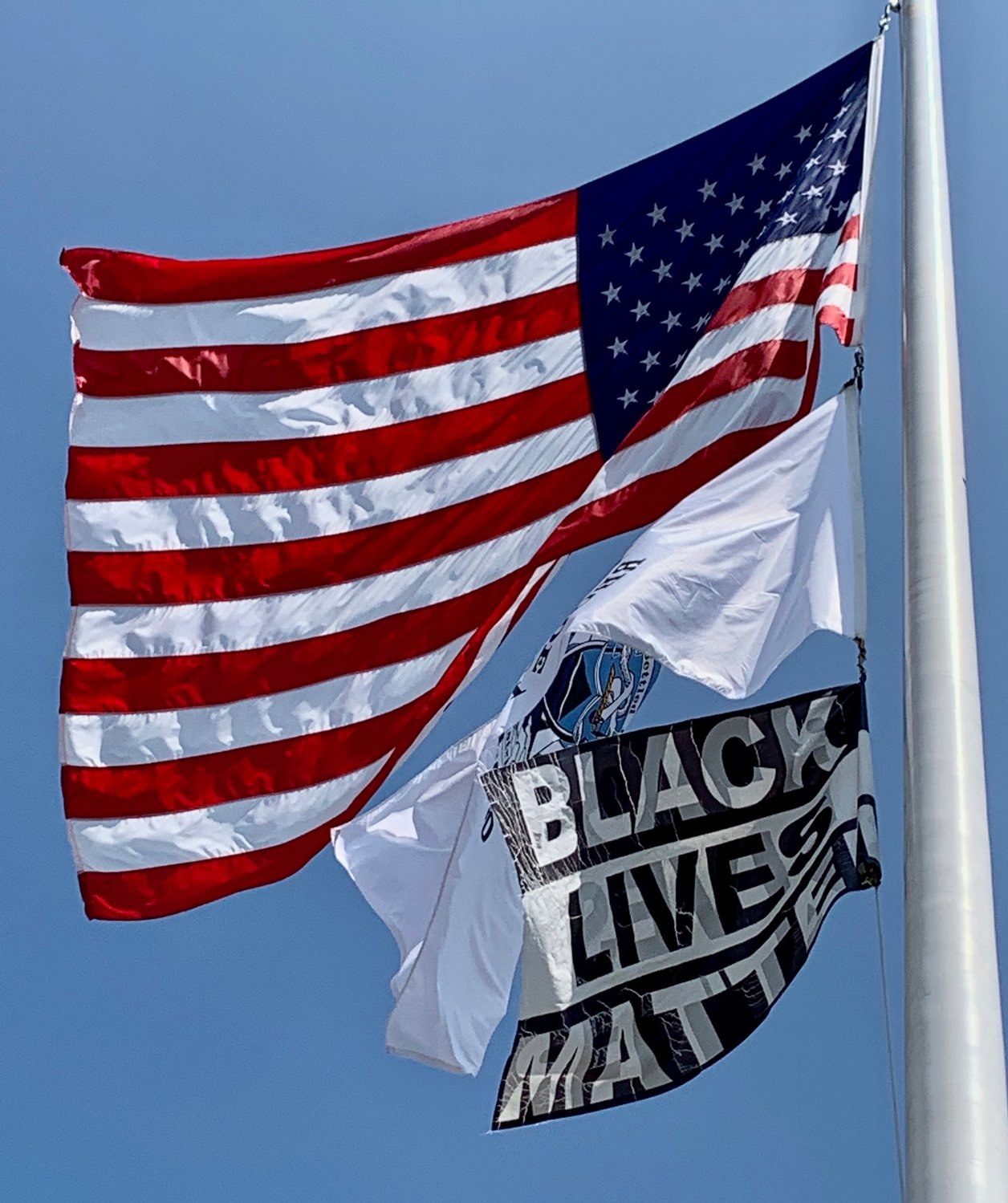 The Black Lives Matter flag will soon fly in front of Warren Town Hall, after the Warren Town Council on Thursday evening unanimously lent its most visible support yet to a request to recognize a movement that seeks equality and social justice for the nation’s African American community.

The council voted 4-0, with John Hanley absent, to approve an unnamed Warren resident’s request that the flag be flown as soon as possible. The banner will be raised as soon as one can be procured and it will fly for the foreseeable future, though an exact period will be decided at the council’s Tuesday, July 14 meeting. Councilors also agreed that the flag will fly in February, in support of Black History Month.

Black Lives Matters’ “message and their BLM flag is an appropriate message for the town to stand behind,” council president Keri Cronin said during nearly an hour’s worth of discussion on the matter. “This is a statement that is both American and appropriate.”

In raising the flag, Warren follows Bristol, where the council voted to fly the BLM flag last month.

Though two people wrote letters expressing their opposition, the majority of comments councilors took Thursday, both in letter form and from call-ins, were supportive:

Patricia Mues, who headed up the Warren Slave History Project for the Warren Preservation Society, noted in a letter read aloud by Ms. Cronin that issues of race and equality are nothing new in Warren. During the 18th and 19th century, she said, “Africans and African American people were also enslaved in homes, farms and businesses” throughout Warren.

“We support this resolution in memory of those who died or were enslaved because of the actions of Warren residents, as well as the many people enslaved within Warren,” she wrote in a letter co-signed by a dozen fellow Warren residents. Her letter closed by reciting the names of the 30 enslaved African Americans living in Warren, that her research uncovered.

“It’s not a radical idea,” said Bradford Street resident Camille Nixon, who called in. “We as a society need to fight racism together. Just because other attempts didn’t work doesn’t mean that we should stop fighting racism.”

Ms. Nixon offered to purchase the flag from a black-owned company in Providence and donate it to the town, though Ms. Cronin later said the town will likely purchase one and give Ms. Nixon a hearty ‘Thank You’ for the offer.

Those who protested the flag’ s flying said that it either draws attention to a partisan issue, or makes a statement at the wrong time:

Daniel Bentley wrote in a statement read by Ms. Cronin that while the Black Lives Matter has “rightly drawn our attention,” there is no consensus yet on what will become of the movement, or how it will seek to achieve its goals.

“Please don’t be a follower,” added resident Molly Rounds, in a statement. “If you have looked into the BLM organization ... this flag does not deserve to be flying with our American flag. That flag is very political and there is a lot behind it. There is Democratic funding and more.”

Councilors, who last month unanimously passed a resolution supporting the Black Lives Matter movement, countered that the gesture, while simple, speaks volumes and needs to be made:

“If I’m going to be criticized for anything, it’s for trying to do something,” said councilor Joseph DePasquale, who read quotes on social justice from Dr. Martin Luther King, spoke about New England’s track record with respect to Native Americans, and more. “Looking at the 400 years of this country’s poor treatment” of African Americans, “it doesn’t make me feel good. I want to be proud of the town I live in. I am proud of the town I live in (and) I am in favor of this. I’m not just going to sit back and do nothing.”

“It’s obvious that the George Floyd murder has hit a nerve," said council Brandt C. Heckert. "There’s obvious outpouring of anger about the treatment of black people, and it’s coming to the forefront now. It deserves our support. It’s the time to do it - we want to be proud of our town and supportive of this movement.”

“The campaign’s focus (is on) racial justice, police brutality, police reform, education, environmental factors, voting rights, health care .. common sense gun laws and others,” followed Ms. Cronin. “I believe that those issues span many parties and definitely are issues that concern all people. I don’t personally believe that it in any way undermines, dismisses, discredits or disrespects the flying of the American flag ... I don’t think it takes away from our town’s honor of the American flag.”

The flag will fly on one of two flagpoles in front of town hall. One, per national flag etiquette, can only fly the American and POW flags. The other currently flies the Rhode Island flag, and the Black Lives Matter flag will fly under it.

The gesture was lauded by Dyshell Palmer, a Warren resident who recently organized a peaceful Black Lives Matter march and protest in Bristol. She called in, saying that when she recently saw Bristol raise the banner, “it was a very powerful statement and it was super meaningful around town to everyone who joined my peaceful protest. It meant so much and I’m super proud of the people who put this petition together. I’m so happy for the people” who proposed it.

Calling in on the phone, Liberty Street resident Mark Dobbyn also threw his support into the gesture, but added a note to all: The fight is far from over, and gestures are just that.

“It sends a good message,” he said. “I think it would give me some reassurance that the town and the mission behind the town” is inclusive.

<p><em>The COVID-19 pandemic has brought the local economy - and many of the advertisers who support our work - to a near standstill. During this unprecedented challenge, we continue to make our coronavirus coverage free to everyone at eastbayri.com - we believe it is our mission is to deliver vital information to our communities. If you believe local news is essential, especially during this crisis, please consider a tax-deductible donation.&nbsp;</em></p>