Just under 70 percent of the town's residents voted this year

Just under 70 percent of the town's residents voted this year 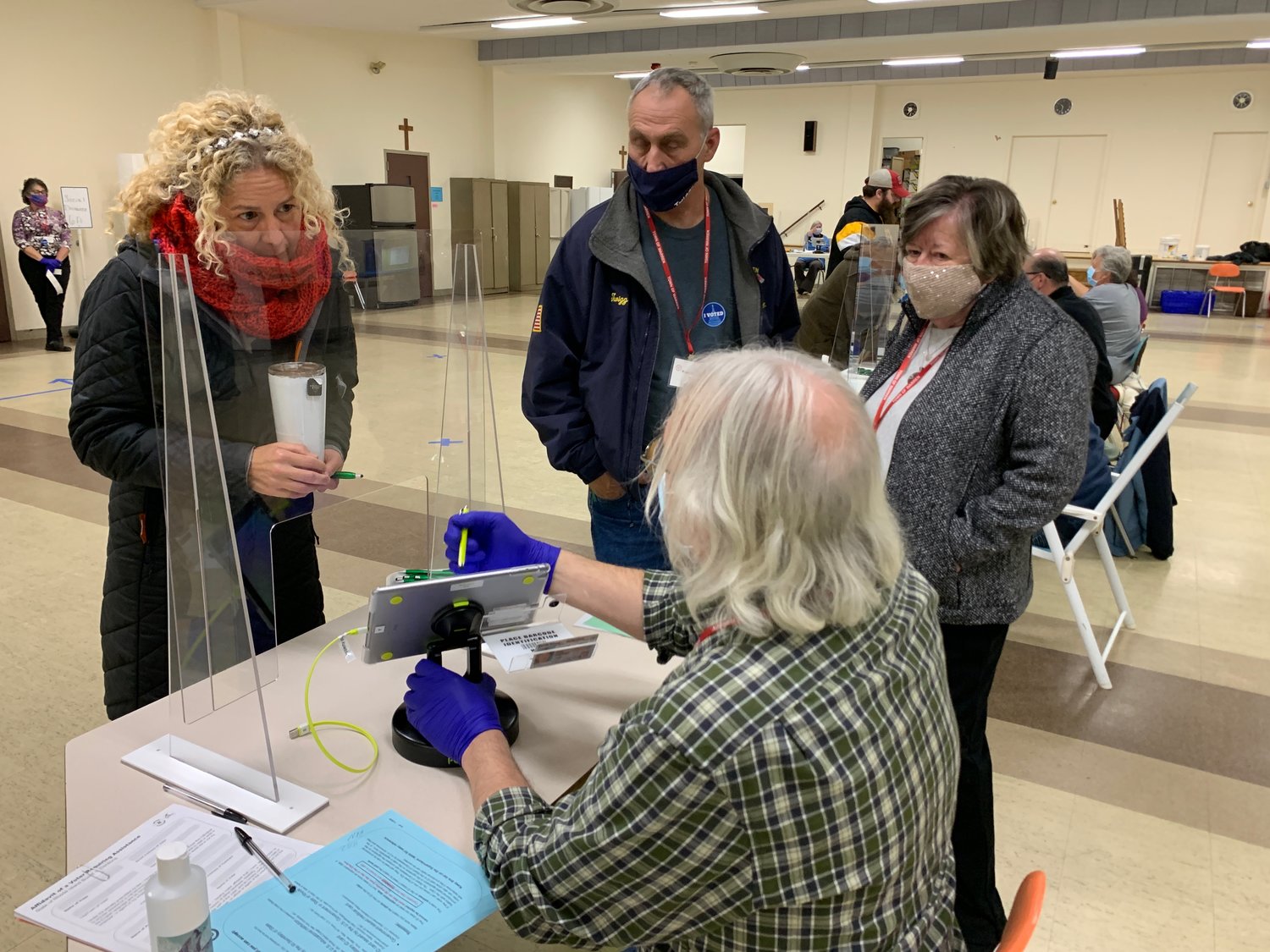 A voter discusses the process with a poll work at St. Mary of the Bay Church Tuesday.
Richard W. Dionne Jr.
Posted Friday, November 6, 2020 10:39 am
By Ted Hayes

In all, said clerk Sandrea Speroni, 6,065 of the town's 8,683 registered voters — 69.8 percent — turned out at the polls, or voted in advance in person or via mail ballots. Provisional ballots were not counted as of Thursday but are due to be released Friday, Ms. Speroni said.

Breaking down the numbers, 1,917 Warren residents voted in person on election day. The remainder, 4,148, cast those early ballots, a ratio of more than two to one in the heavily Democratic leaning town. The turnout easily eclipsed the 64 percent who voted in 2016, 62 percent in 2012 and 64 percent in 2008. The last time the turnout approached 70 percent, Warren Town Clerk Julie Coelho said last week, was 1972, when 18-year-olds were given the vote here.