A Warren man’s invention is getting national press and may even end him upon a TV series in the near future. 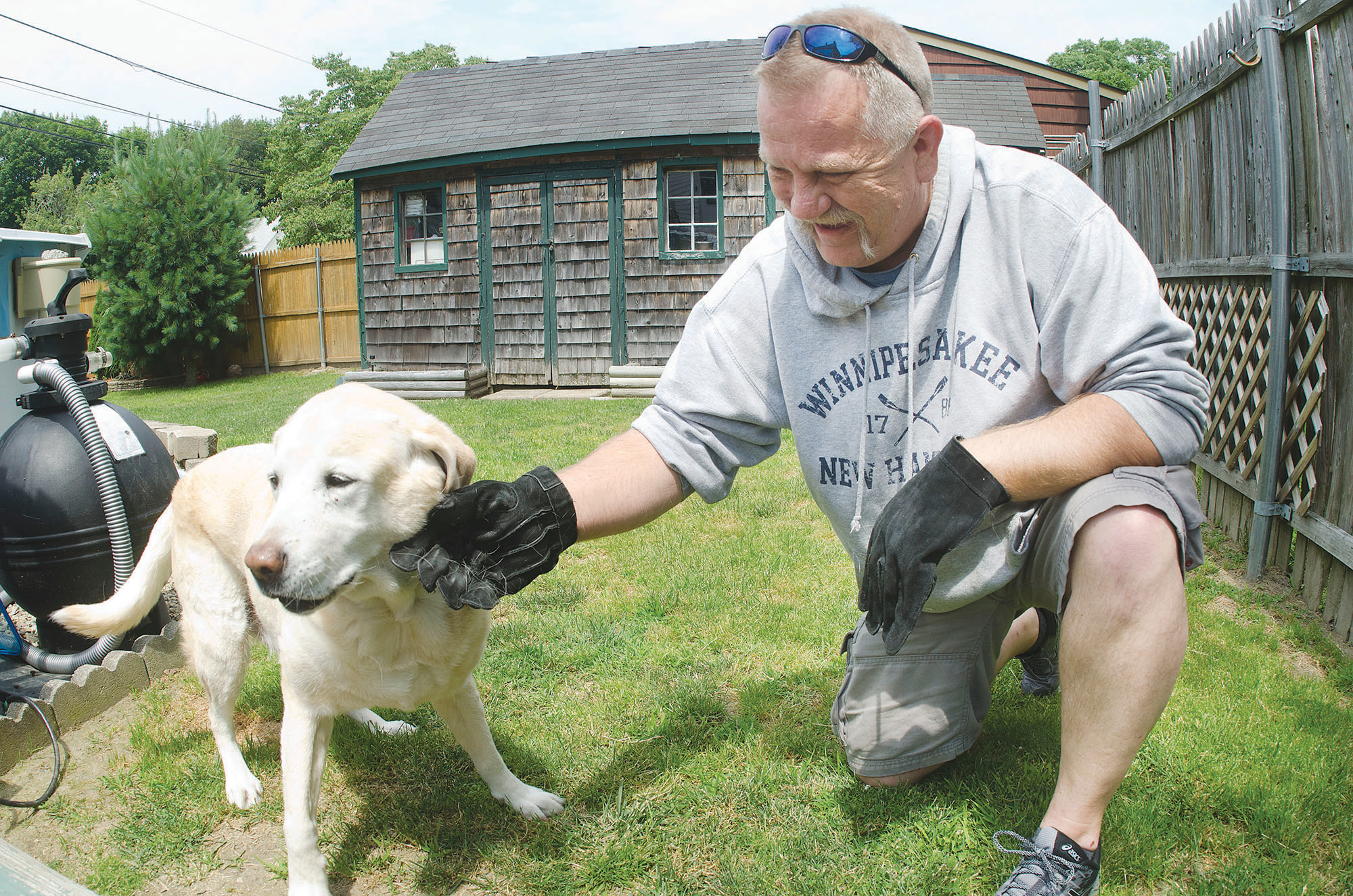 A Warren man’s invention is getting national press and may even end him upon a TV series in the near future.

Child Street resident James Rimoshytus came up with the idea for his “Furr Fighters” leather gloves about three years ago, as he looked for a way to clean his pets’ endless shedded hair from clothes, carpets, couches and elsewhere around his Child Street home. A firefighter, he noticed that his leather firefighting gear attracted more fur than other materials, and he hit on an idea: Why not use leather as the removal tool? Furr Fighters was born soon after.

His gloves are made of suede with special stitching that grabs and holds on to fur. They’re designed to quickly remove it from upholstery, carpets, furniture — wherever it accumulates.

“Once people see them they love them,” he said. “It’s one of those simple things that really works.”

People have been taking notice. Mr. Rimoshytus recently made an appearance on the Today show and is in the casting process for a new show on inventors airing on A&E. Amazon “is breaking down my door” to get the product in its rotation, and his gloves have even ended up with Hollywood’s top celebrities. The gloves have been included in celebrity gift bags given out at the MTV Music Awards, last year’s Golden Globe Awards and the Academy Awards. He’s negotiating to have them in the next round of Golden Globes as well.

Right now, he makes all gloves in house but sends them out for stitching. He’s as busy as ever.

“I knew it was going to take some time” to get the word out,” he said. “Things are picking up now; they’re doing really well.

In Portsmouth, business is looking up