Property along Market Street runs to Palmer River, will become the Barker Preserve

A Massachusetts woman has donated nearly 25 acres of land off Market Street to the Warren Land Conservation Trust, increasing the non-profit's open space holdings by 14 percent, to just under 200 …

Property along Market Street runs to Palmer River, will become the Barker Preserve 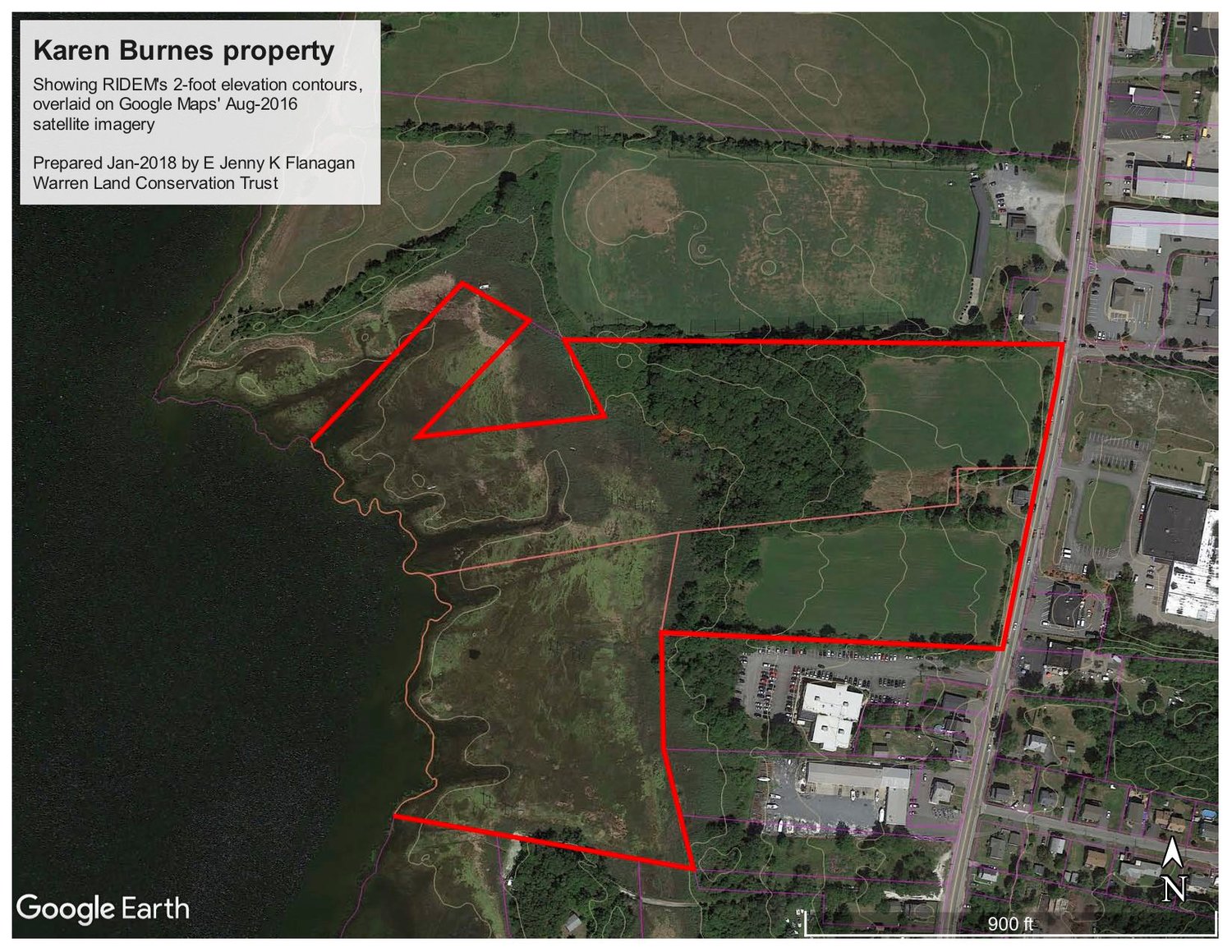 A Massachusetts woman has donated nearly 25 acres of land off Market Street to the Warren Land Conservation Trust, increasing the non-profit's open space holdings by 14 percent, to just under 200 acres.

Karen Burnes, of Westport, donated 24.76 acres of land at 314 Market St. on Thursday, Nov. 5, after several years of negotiations with the trust. The property runs from just south of the driving range west to the Palmer River, and includes upland fields, marshlands and wooded areas.

The acquisition brings the trust's holdings to 199.56 acres, and is adjacent to another 1.4 acres of saltmarsh already under trust stewardship. Combined, these properties will form the Barker Preserve, outgoing trust president Michael Gerhardt said Friday.

"We're very happy," Mr. Gerhardt said. "She had been approached with all sorts of offers, for a solar farm, residential housing," he said. "She turned them all down because she wanted the land protected (and) to essentially steward the property properly."

Though the westernmost portion of the property is wet, Mr. Gerhardt said the parcel lends itself well to walking trails. In the wet areas, he said, "we would need to do boardwalks."

Though a majority of the land has been placed in a conservation easement, a small portion containing a dilapidated house is not bound by it. There, Mr. Gerhardt said, the trust could put in a parking area for nature lovers, though planning the next step for the property will take months. The trust must also come up with a plan for the house as well, he said.

"It has potential but we'd have to find some money to bring it up to speed," speculating that possible uses could include trust office space, a visitor's center or other public uses.

When decisions are made on what to do with the property, Mr. Gerhardt will not lead them. After serving as president for six years, he is expected to hand the presidency over to trust member Jenny Flanagan at the trust's annual meeting on Tuesday, Nov. 10.

Though he enjoyed his tenure and believes the trust has accomplished much in recent years, Mr. Gerhardt said he didn't want the trust to take the same road he saw during his professional career, part of which was spent serving as executive director of non-profit organizations:

"I often saw that leadership stayed too long," he said.

"Leadership change is often good. She's really talented, she works really hard and she has a background in conservation easements."

Regardless of stepping down, "I'm going to stay on the board," Mr. Gerhardt said. "I'm committed to the land trust."