Retro look, but with a new menu

Retro look, but with a new menu 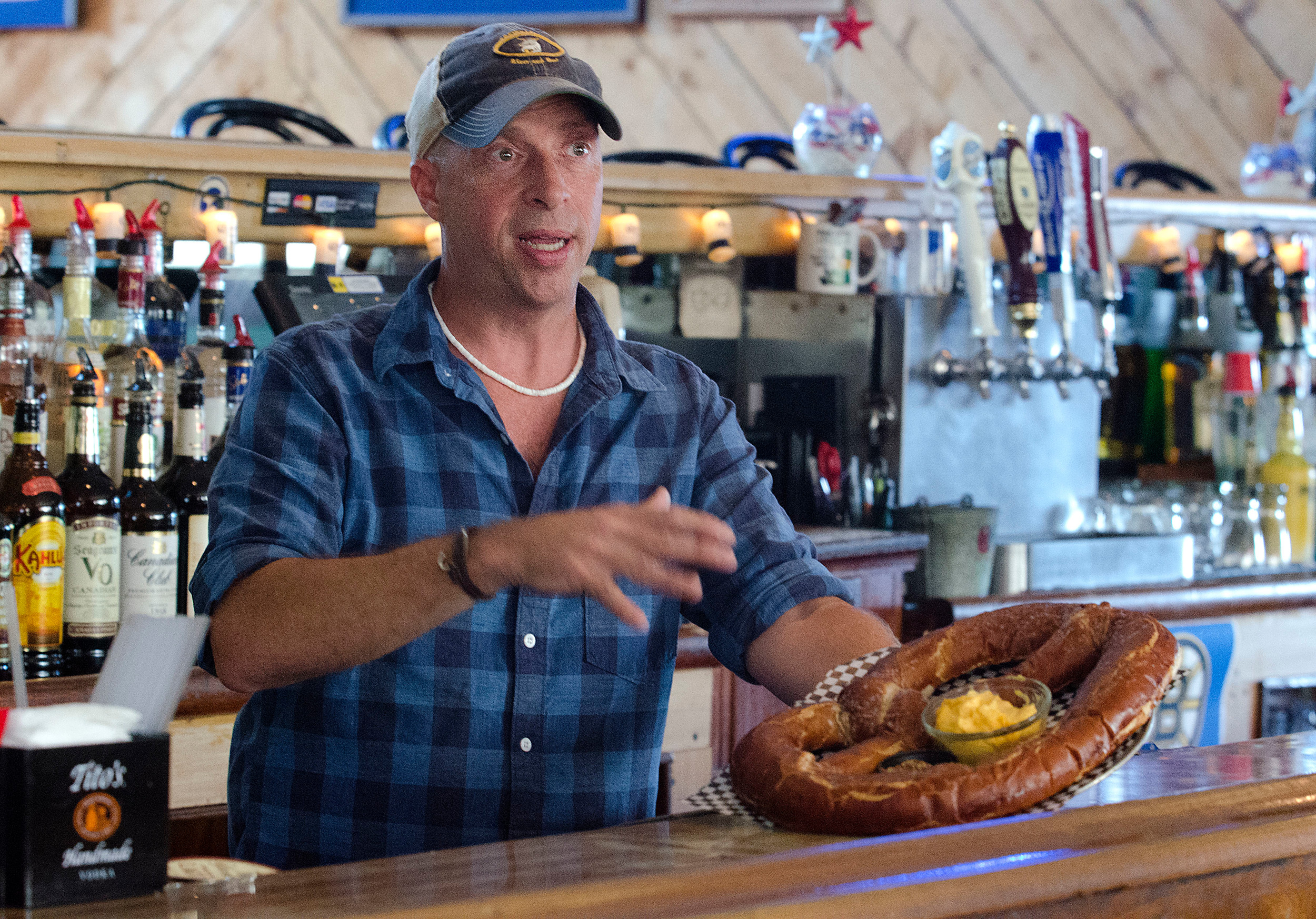 Mike Macfarlane, with one of the more unusual offerings on Tremblay’s new menu: a Wisconsin Giant State Fair Pretzel, served with beer cheese sauce and whole grain mustard. He found it in a Milwaukee bar while traveling for his full-time job. The bar directed him to nearby Miller’s Bakery, which now ships the pretzels to him twice a week.
Richard W. Dionne Jr. 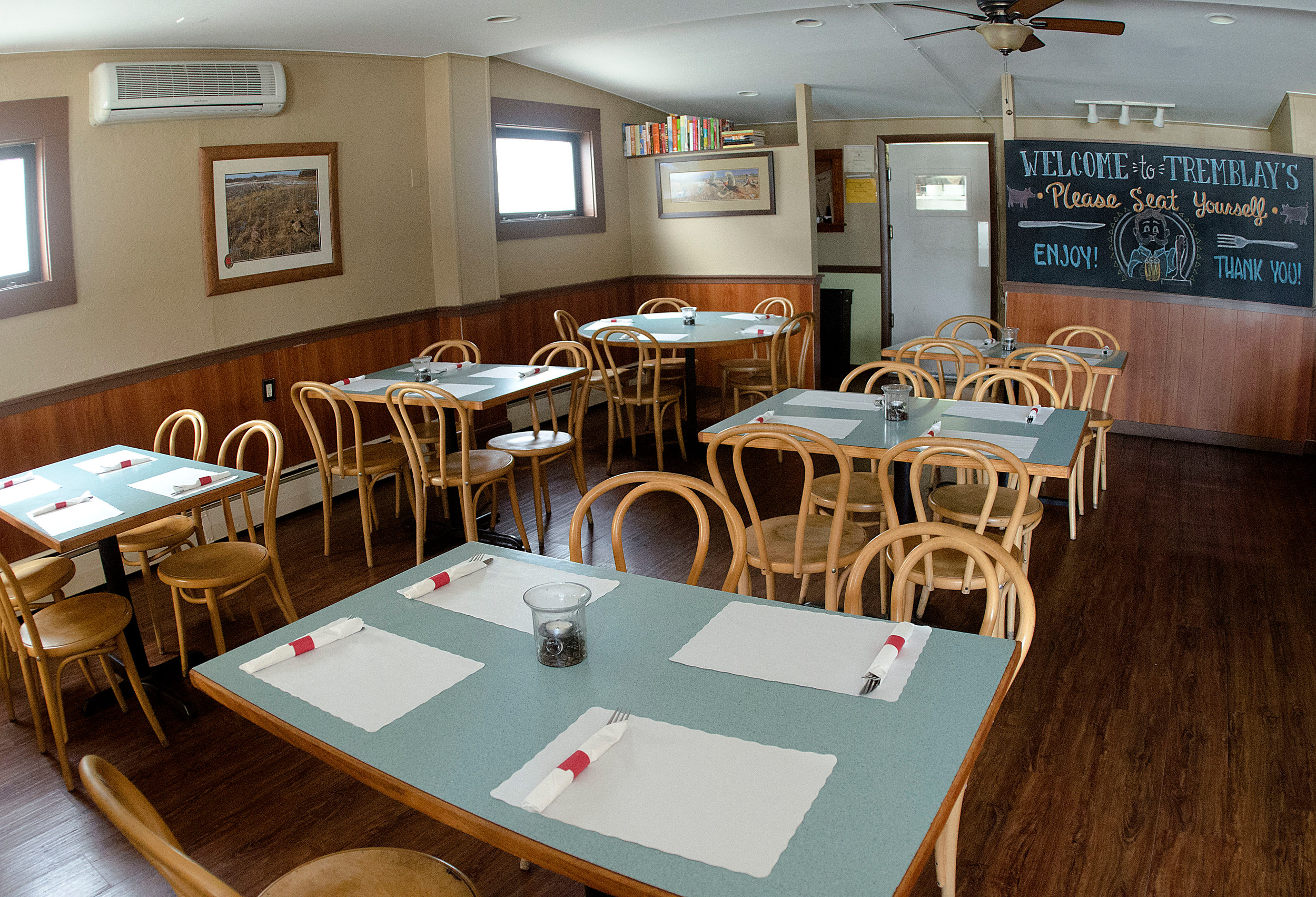 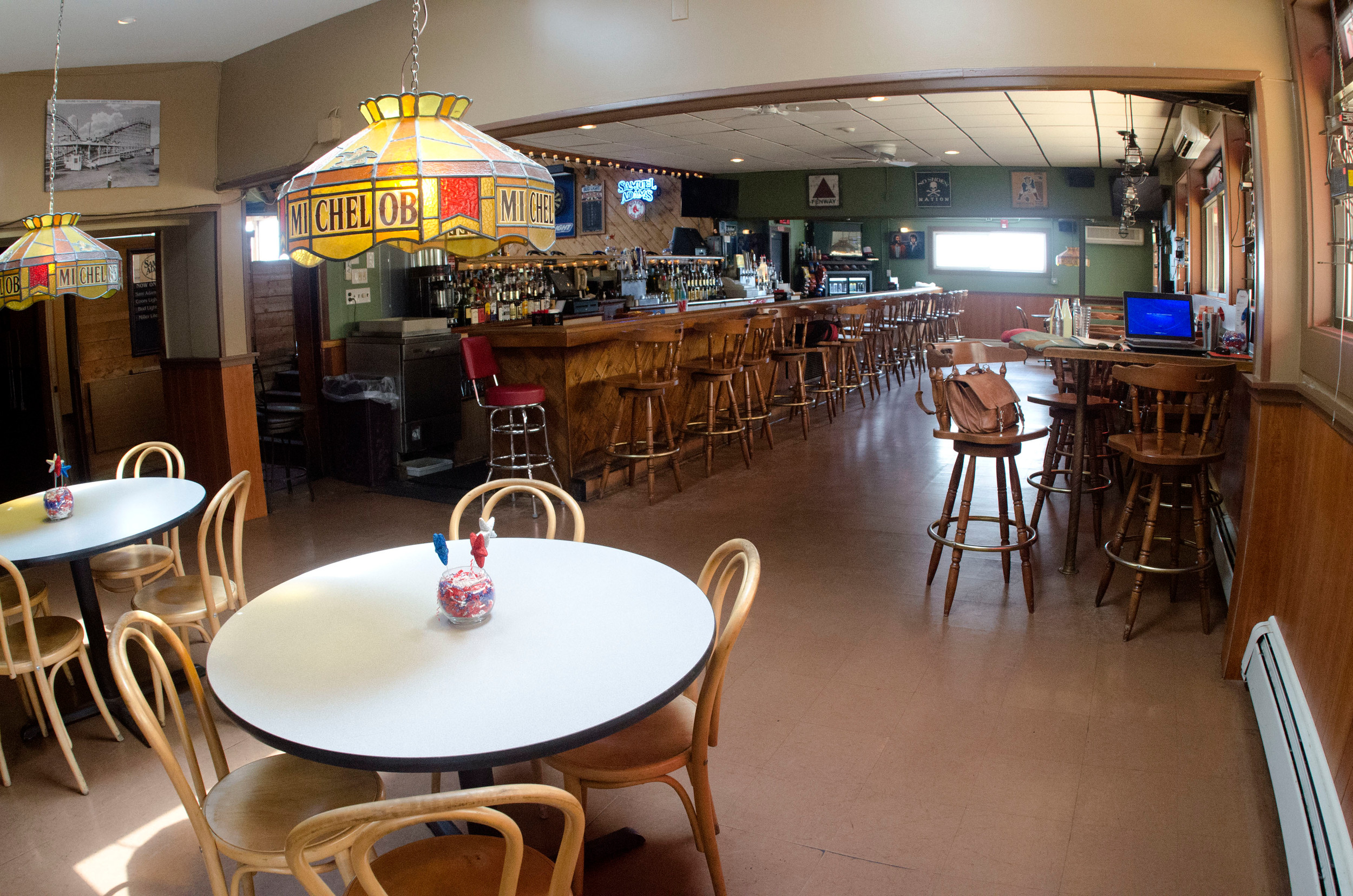 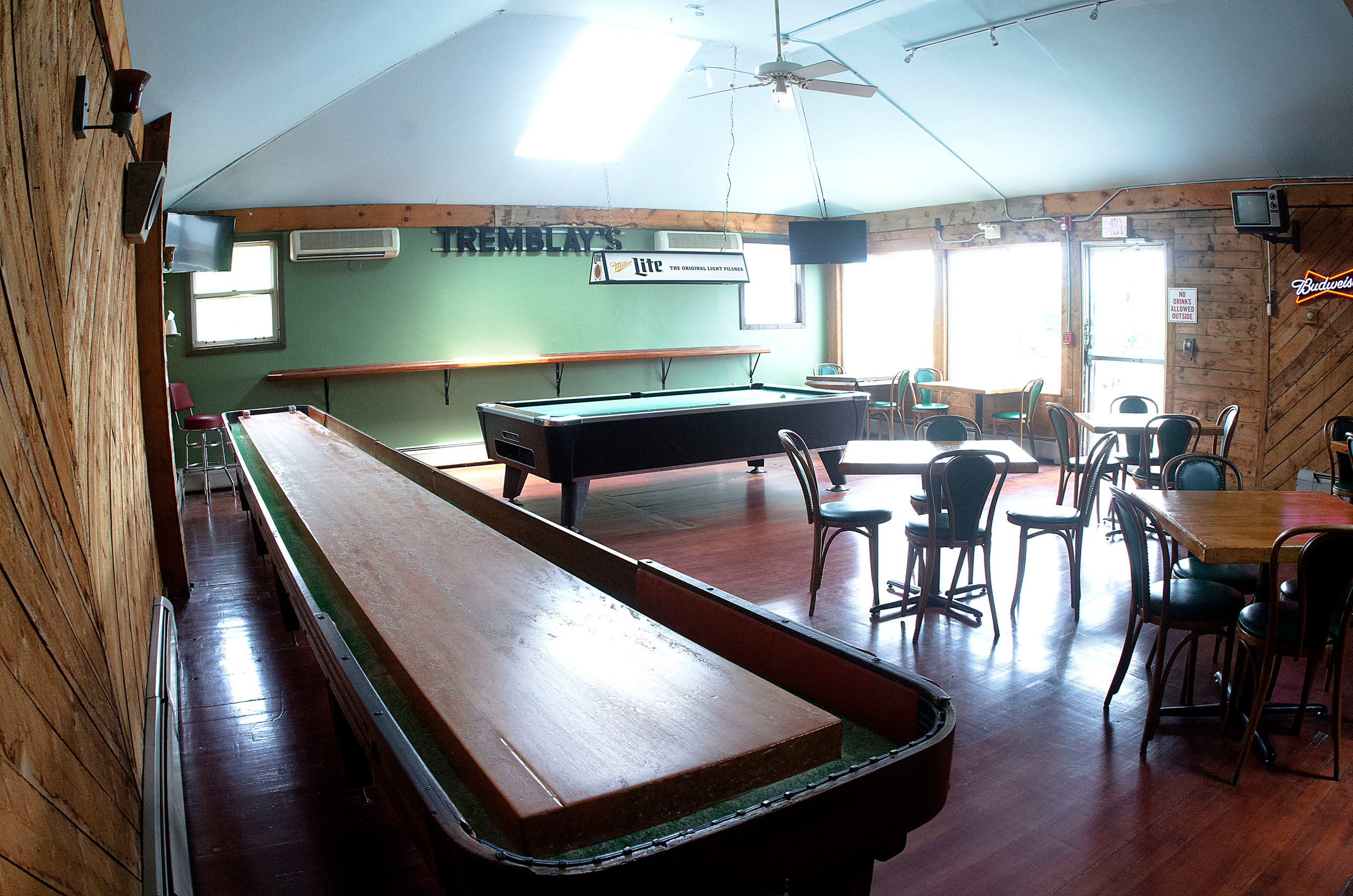 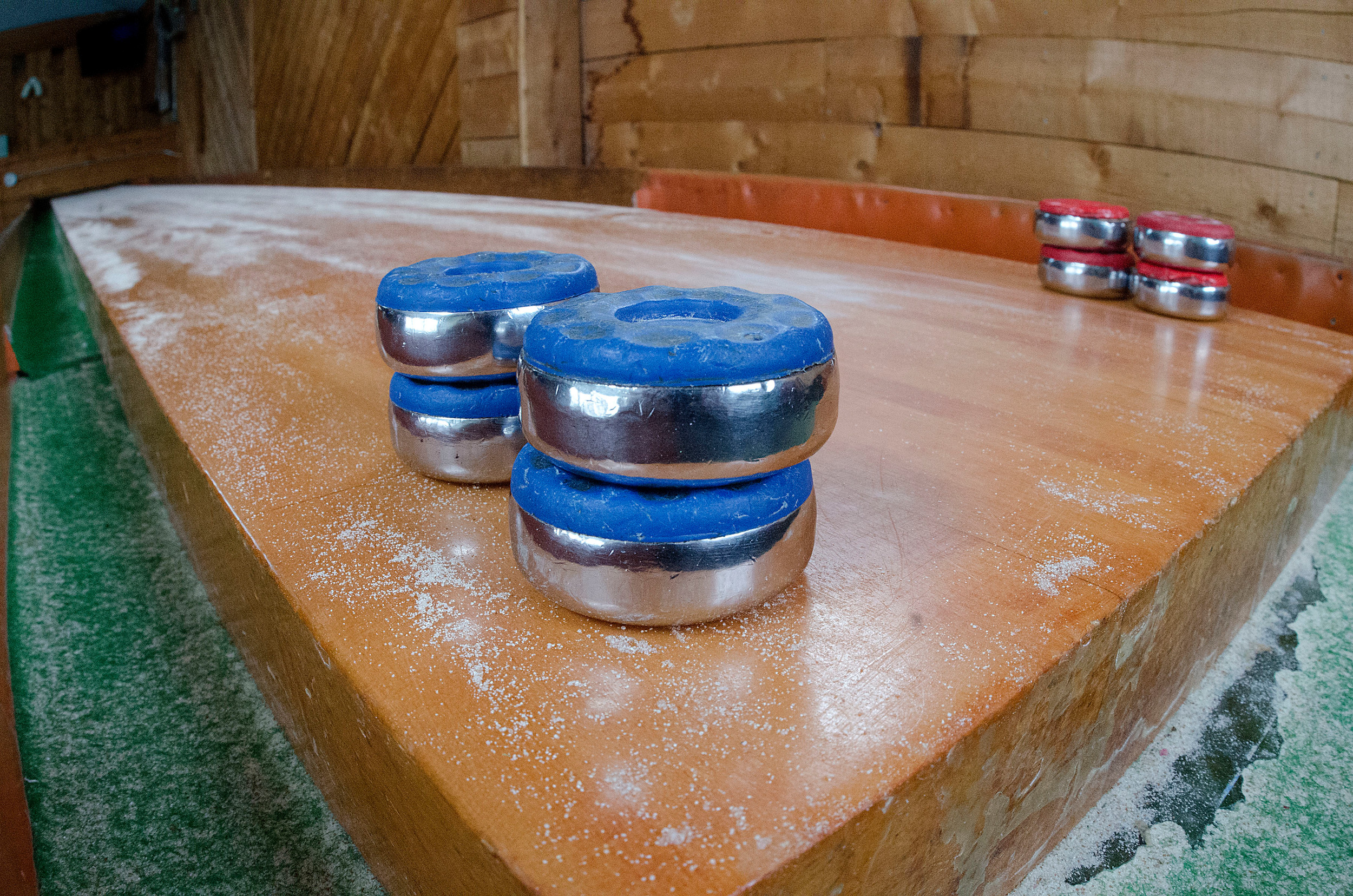 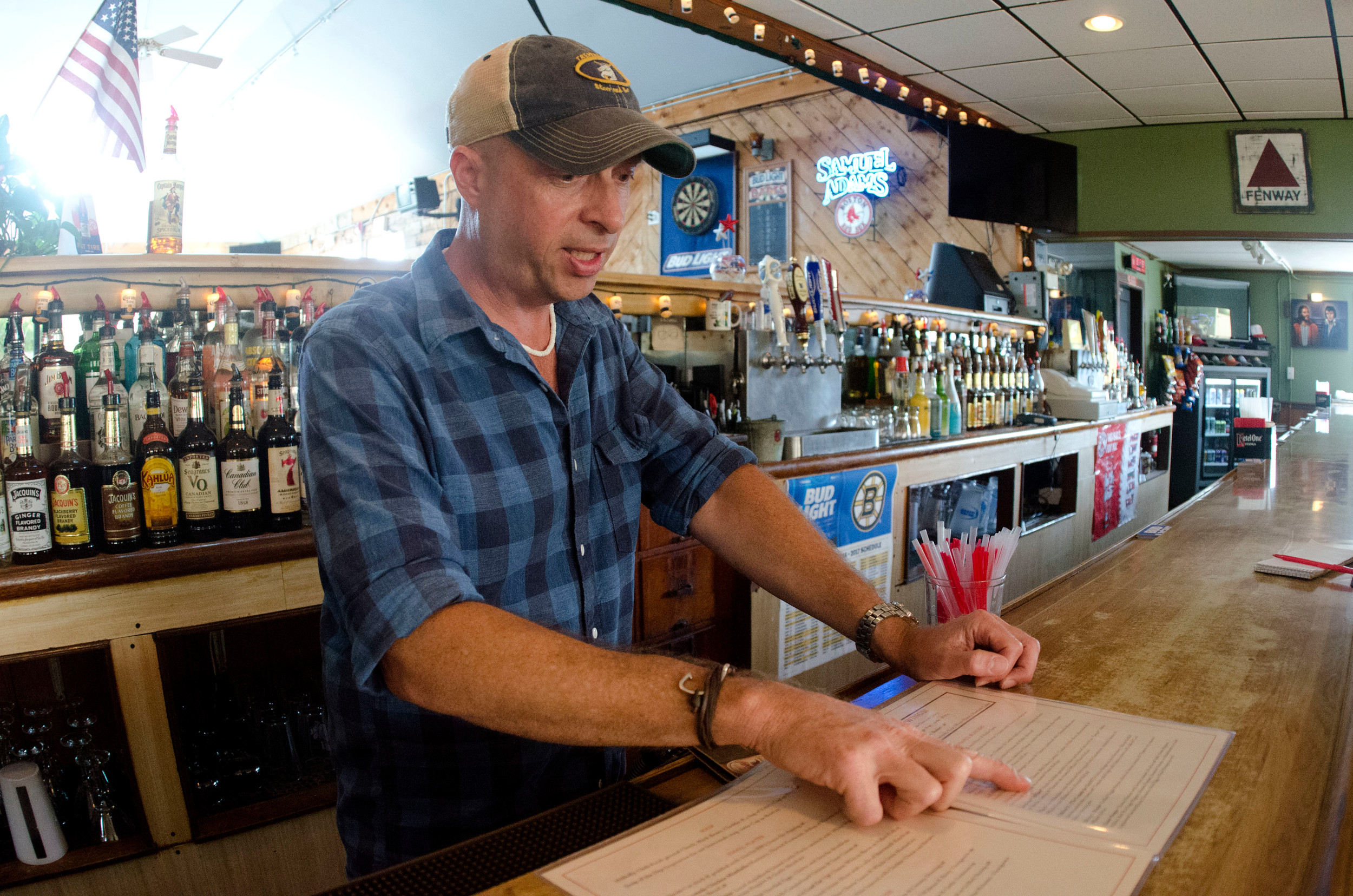 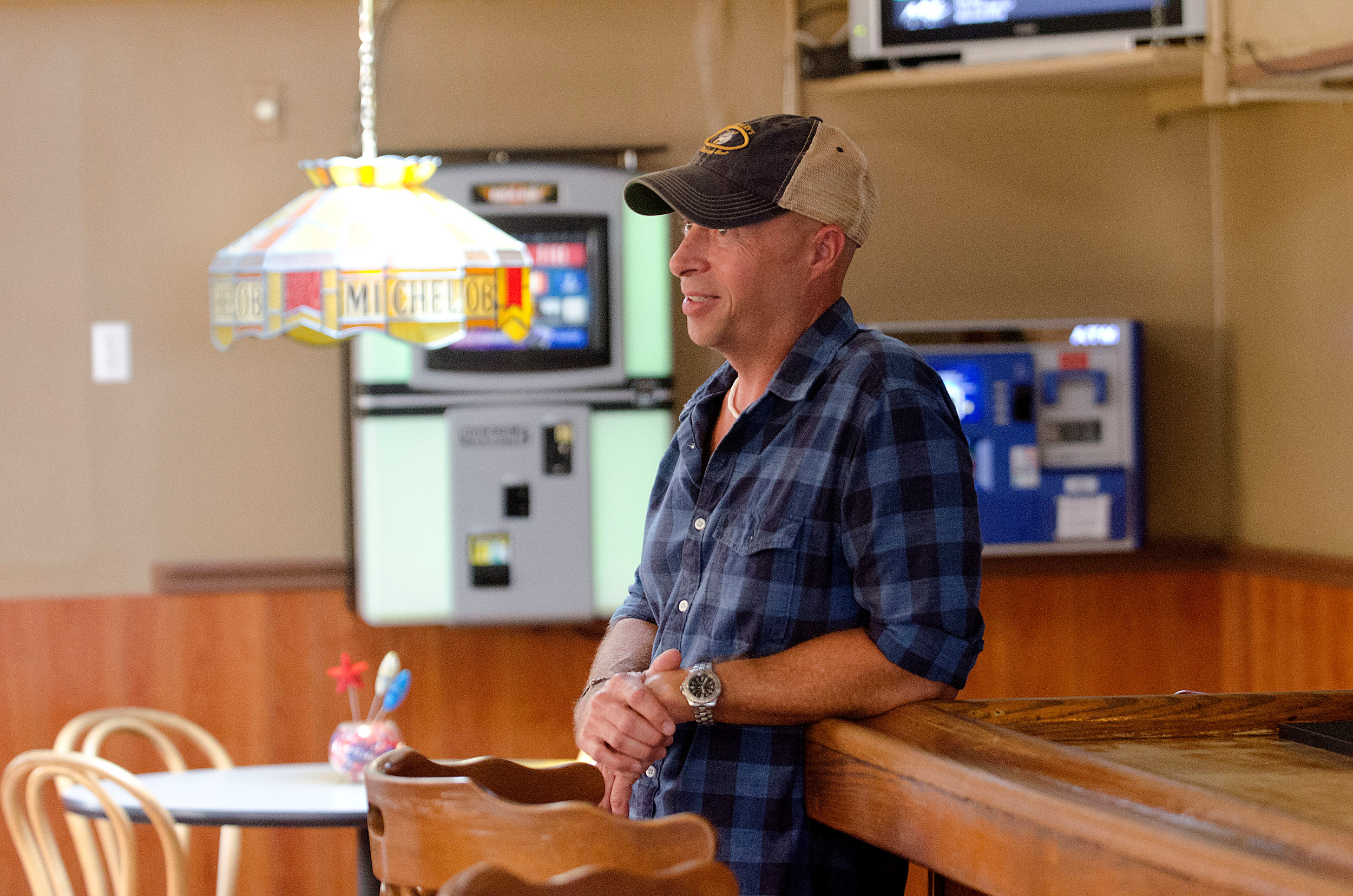 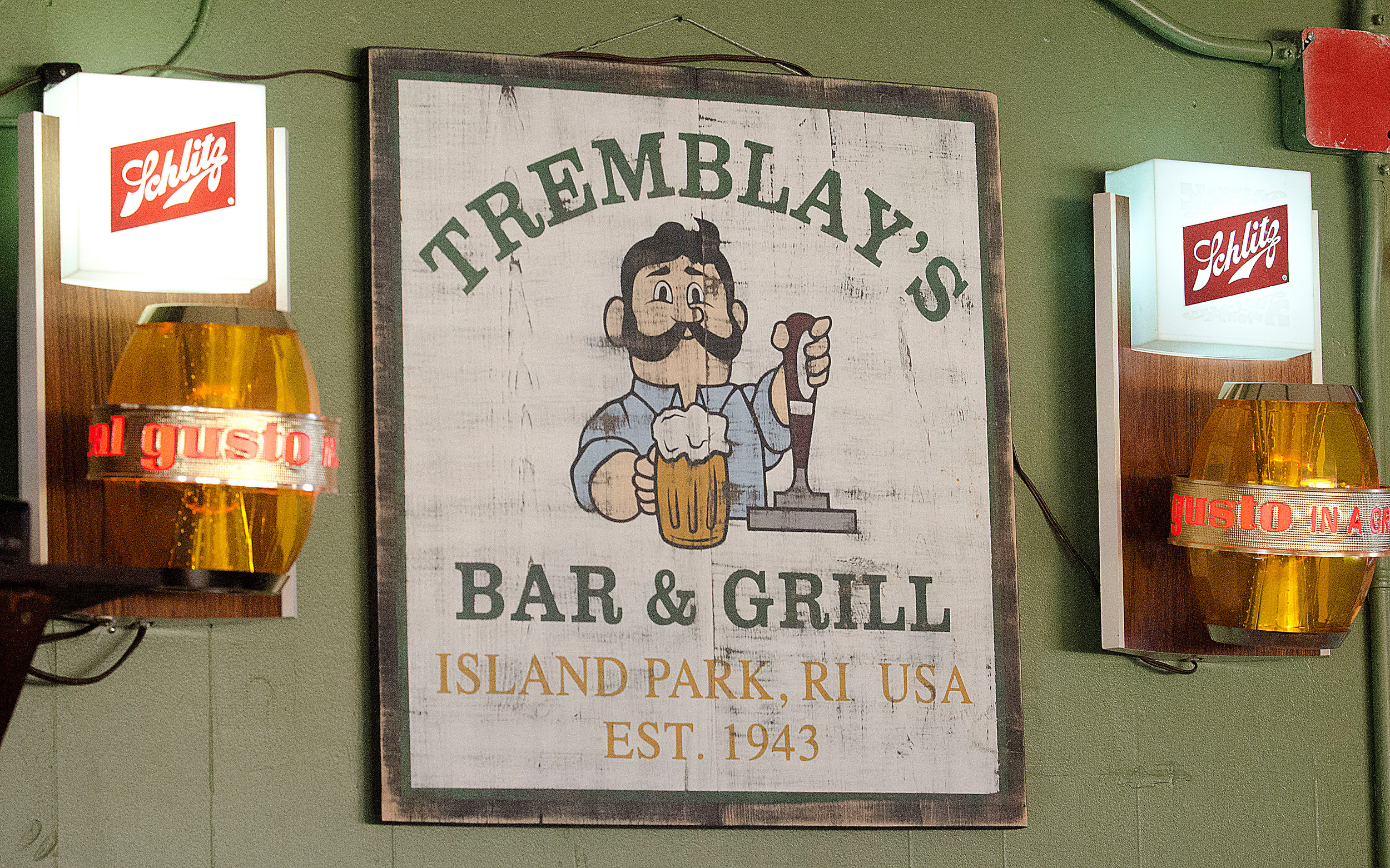 Here, nobody asks what you do, where you’re from.”
Mike Macfarlane, new owner of Tremblay's Bar & Grill
By Jim McGaw

“The people who come in here are doctors, lawyers, fishermen, veterans, school teachers,” he said. “We’ve got a little bit of everything and everyone gets along.”

Mr. Macfarlane bought the business last fall from Ben Benevides, who had it for about 25 years. Mr. Benevides is still there, “managing the day-to-day stuff” and helping him in the transition, said Mr. Macfarlane, who’s introduced a whole new menu at the restaurant while giving it a decidedly retro look.

“My vision was to make it look like the way I remember it looking like when I came in here in the ’80s and the ’70s,” said Mr. Macfarlane, who found old Pabst Blue Ribbon and Schlitz signs in Milwaukee, a Michelob Light sign in Wisconsin and a Narragansett Beer sign in Woonsocket. He’s also put up large photos of Island Park from yesteryear and plans to add more.

The menu, which he launched only last month, is a whole new thing, however.

“People remember this place for steak, so I wanted it to be more meat-centric,” he said, pointing out there are a “ton of places” where you can get fried clams or pizza. Among the new menu items are flatbread, slab bacon, chicken meatballs, short rib bolognese, loaded tater tots, Nashville hot chicken, chicken and waffles and pork and beans with house-cured pork belly.

And then there are the sandwiches and burgers, including some named after local characters. The “Island Park Slim” burger — with bacon, cheddar and garlic aioli on a toasted potato roll — is named after a patron who comes in and plays harmonica, he said.

The “Li’l Joe” sliders are named for Joe Nunes, “a little guy who comes in here every day. He’s the sweetest man in the world.”

You can even get “The Elvis” — creamy Skippy, sliced banana and bacon on butter-griddled white bread. “It’s a fun menu; it’s not too serious and it’s fitting for what we’re doing,” Mr. Macfarlane said.

Don’t worry — you can still get the dish Tremblay’s is known for. “I’ve got a lot of people coming back going, ‘I remember this place for steaks.’” he said.

In his full-time job — selling shirts to golf courses — Mr. Macfarlane said the first thing he gets is a “head-to-toe” look based on what he’s wearing, or what car he’s driving.

At Tremblay’s and in Island Park in general, it’s the opposite, he said.

“Here, nobody asks what you do, where you’re from. They don’t care.”