Police checked the area of Warren Avenue at 9:02 am after receiving a call about trucks using the road illegally as a cut-through.

An officer responded to a report of a newspaper … 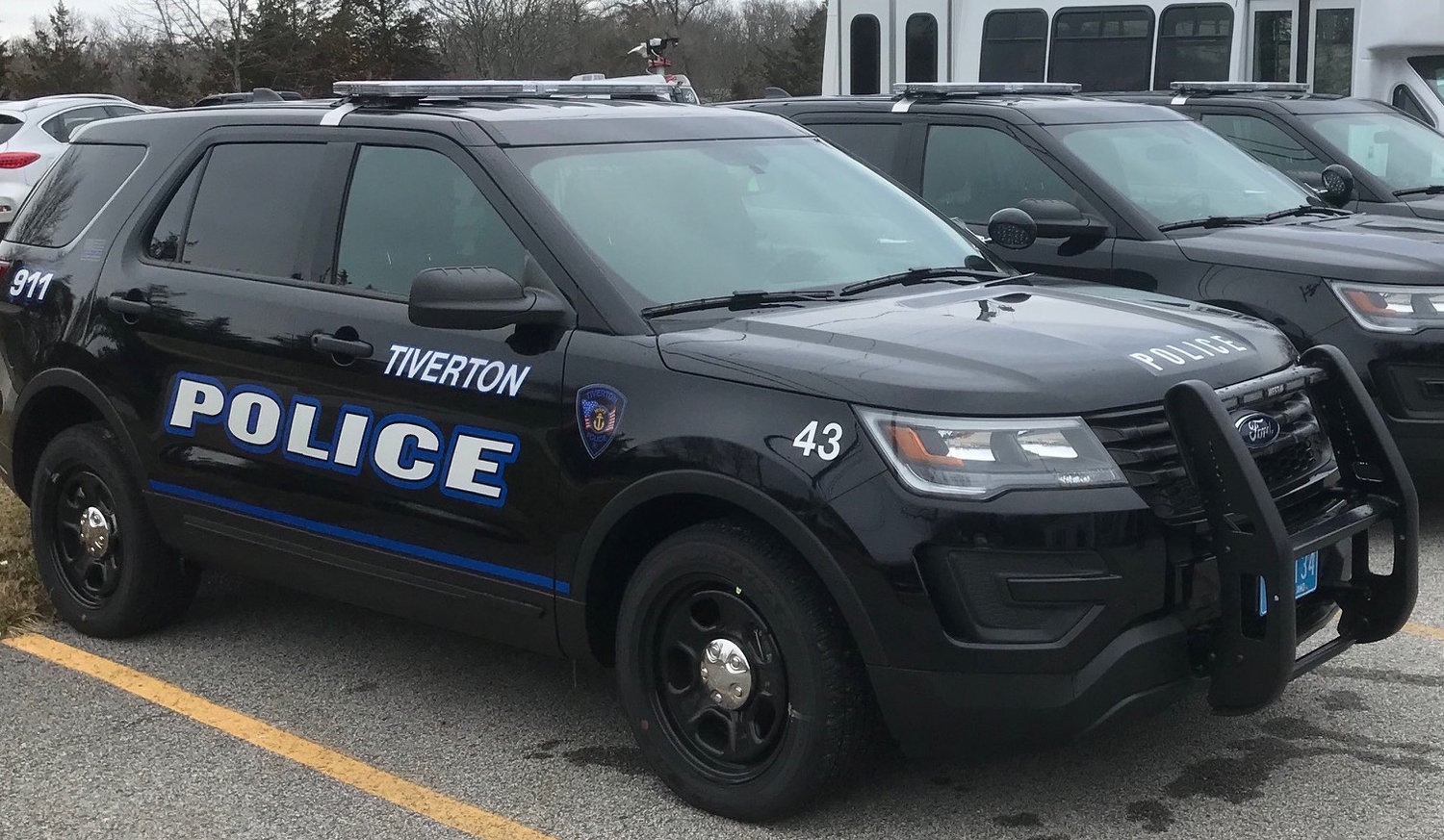 Police checked the area of Warren Avenue at 9:02 am after receiving a call about trucks using the road illegally as a cut-through.

An officer responded to a report of a newspaper delivery truck speeding on Merritt Avenue at 10:20 am.

A Christmas tree in the middle of Main Road was reported at 10:58 am.

Police were called at 12:10 pm about a suspicious man in dark clothes carrying a bag who had gone to a back porch on DeCosta Drive and gained entrance to the house. Police determined that the intruder was actually the owner returning home after his car had broken down.

At 1:45 pm, police went to the town library in response to a complaint that a man was refusing to wear a mask inside.

At 9:43 am, police and rescue went to Bettencourt Lane at Main Road for a report of a motor vehicle accident with injuries and property damage to 4154 Main Road. The vehicle had to be towed but the drive declined transport to the hospital.

After being bitten on the arm by a dog on East Beardsworth Road, a five-year-old boy was treated at St. Anne’s Hospital (reported at 10:10 am).

Police were called to Teaberry Drive at 11:19 am for an aggressive dog in the neighborhood.

The theft of a motorcycle from the parking lot of Bourne Mill Apartments was reported at 1:47 am.

A Bourne Mill Apartments resident reported that a rental center worker had entered her property without permission at 2:02 pm.

A Stafford Road resident reported at 3:26 pm that someone had purchased an iPhone using his credit card.

A tow truck towing a garbage truck broke down on Fish Road at 4:53 pm.

A motorist came to the station at 8:38 pm to report that his vehicle (with a passenger inside) had been struck at the Speedway service station on Stafford Road by another vehicle which then fled the scene.

Christopher Brian Lord, 36, of 255 Shove St., Fall River, was arrested on charges of disorderly conduct, obstructing a police officer, resisting arrest, and on bench warrant from 6th District Court at 7:10 pm at the Tiverton Casino.

At 9:13 am, a Lee Way resident called about an injured animal in the back yard. “Animal wasn’t injured,” an officer reported.

John R. Fitzherbert, 54, of 5 High Meadow Road, Little Compton, was arrested on a charge of driving under the influence, blood alcohol concentration unknown, at 2091 Main Road at 11:40 am. Police had gone there after a vehicle crashed into a house.

A vehicle struck and killed a deer on Fish Road at 2:03 pm.

A 911 caller reported that another dog attacked her dog on Sawdy Pond Avenue at 2:43 pm. The caller said she jumped on her dog to protect it, cutting her knee in the process. She said the other dog’s owner is “now giving her a hard time.” Rescue treated the woman’s cut; she declined transport to the hospital.

An additional police unit was asked to respond to the Tiverton Casino at 4:03 pm to assist with a disturbance involving a group of individuals.

The theft of a package was reported at Bourne Mill Apartments.

At 5:09 pm, police were called to the Stafford Road area for a septic system alarm going off for four days straight. The alarm was silenced a short while later.

At 2:02 pm, a Highland Road resident reported that a dog had attacked a chicken.

Sarah D. Clary, 25, of Seekonk, Mass., was arrested on charges of failure to stop for an accident resulting in damage to a vehicle, and driving with a suspended license, at 1:13 pm near the Stateline Tobacco Store, Stafford Road.

A Hooper Street resident called at 2:30 pm to report that her cockapoo had run off and disappeared. The dog was located a half hour later on Chace Avenue.

A Bourne Mill Apartments resident called about the theft of packages. A security camera showed them being stolen at around 6:55 pm the previous night.

A person was issued a permanent ejection from the Tiverton Casino at 10:05 pm.

A financial services agency representative reported that he called a Tiverton account holder who threatened to “slaughter his throat” if he called that number again.

At 2:07 pm, police received two calls — one from a woman who said she does not wear a mask due to a medical condition complaining that the library won’t let her in; the other from the library about a woman who refuses to wear a mask. When police arrived, the woman was not there.

At 2:20 pm, police were called to a parking lot next to the bridge on Seapowet Avenue for a hunter sitting with his shotgun. State DEM determined that there was no violation.

Tiverton Police were contacted by a New York police agency about a possible stabbing involving a New York resident in the area. The alleged victim’s phone was pinged to RI Hospital; the person told officers that he had been involved in a disturbance at Northeast Alternatives marijuana dispensary on Canning Boulevard and was transported to the hospital. Fall River Police are investigating.

Rebecca Catherine Glynn, 39, of 149 Woodland Circle, Tiverton, was arrested on charges of domestic simple assault, and domestic disorderly conduct at 10:38 pm at a Bulgarmarsh Road address.

A Highland Road resident called about an injured coyote in the back yard at 10:46 pm. DEM responded and said the animal went into the woods.

Police were called to the Tiverton Casino at 9:03 pm regarding a patron possibly violating a no-trespass order.

Police went to Ranger School at 1:46 am for a broken window. The building was checked and found to be secure.

An Eagleville Road resident called at 2:45 pm to complain about shooting in the area.

Callers from the Fogland Beach area reported at 4:39 pm that a man and woman in a BMW yelled at them while they were bird watching.

Windwood Drive residents called 911 to report that people in the apartment upstairs are making lots of noIse and running around at 5:33 pm.

Keven Monteiro Rodriques, 21, of New Bedford, was arrested on charges of driving under the influence, blood alcohol content unknown, and reckless driving, subsequent offense, on Route 24 in the vicinity of Longplex Family & Sports Center at 10:41 pm. Police and rescue were called there for a report of a rollover accident.