Tiverton falls to Woonsocket 3-1 in semis

Tiverton falls to Woonsocket 3-1 in semis 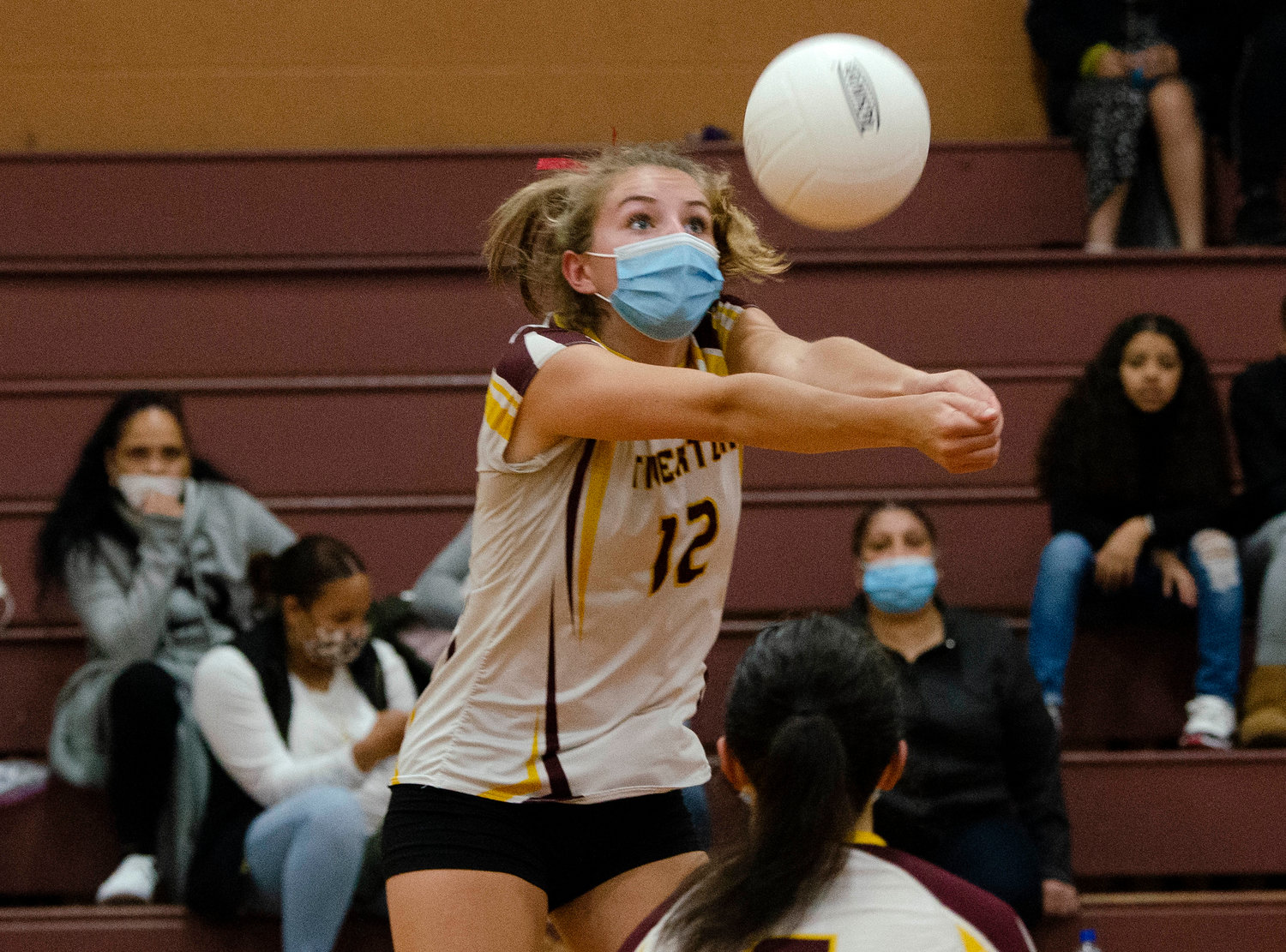 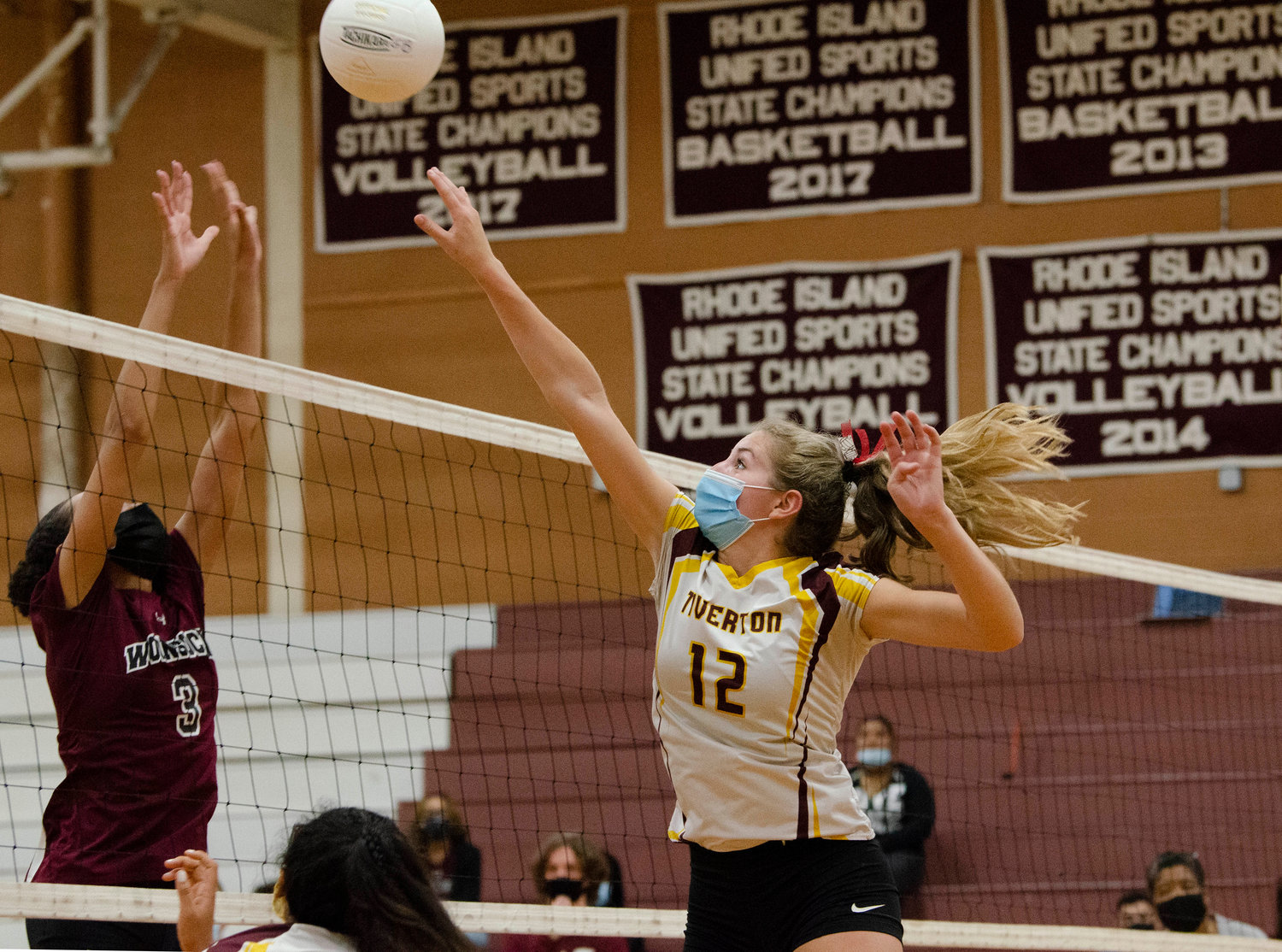 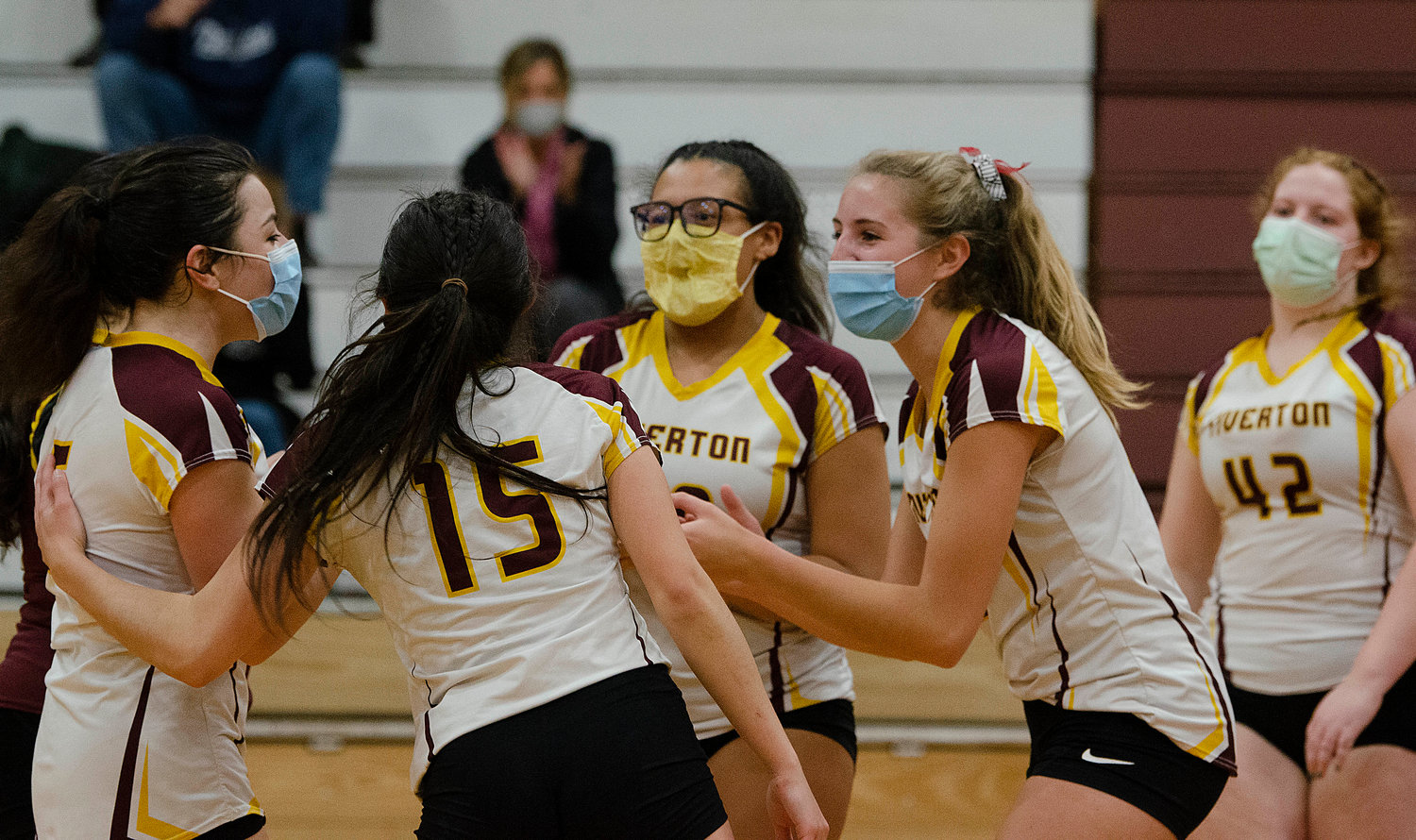 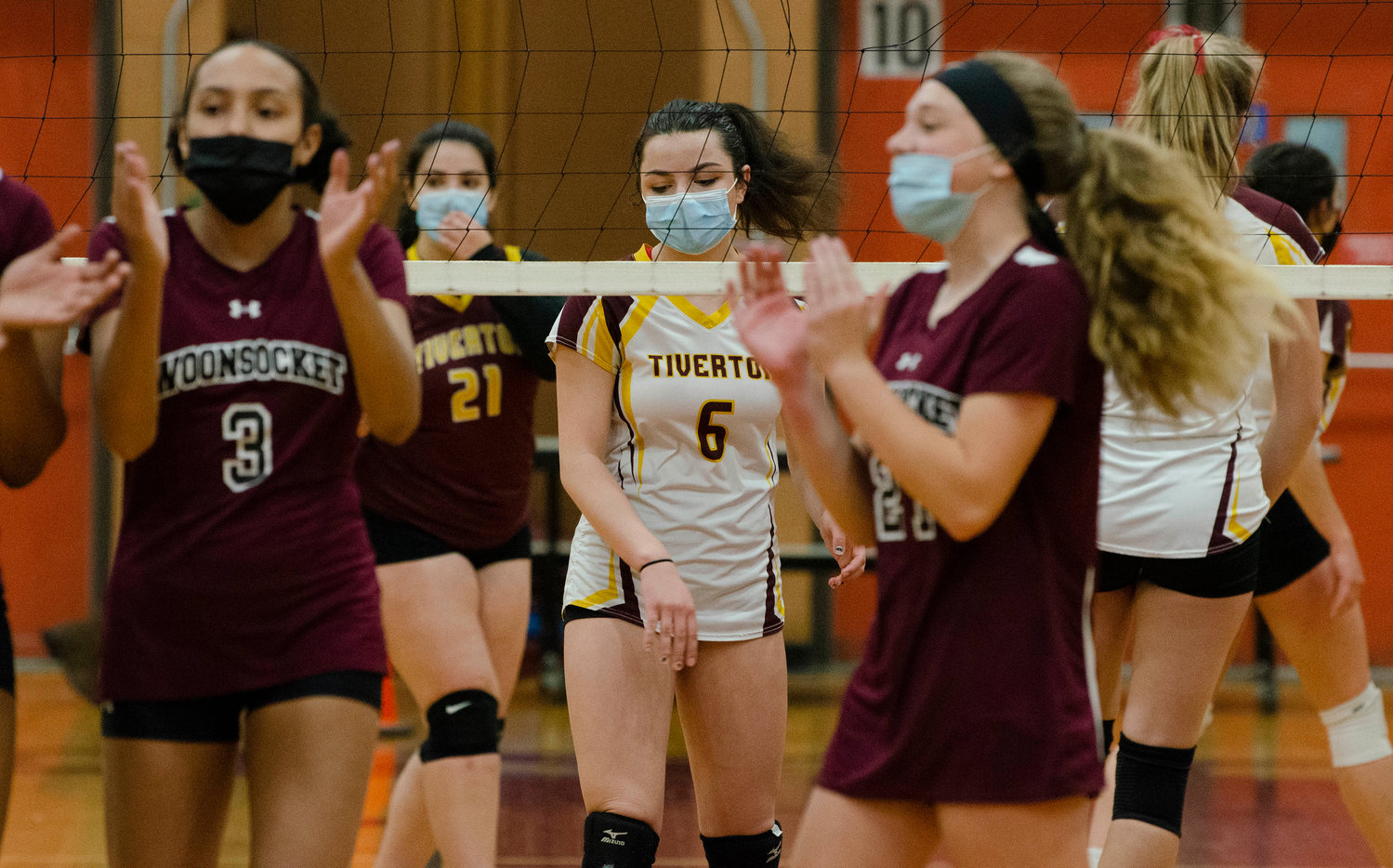 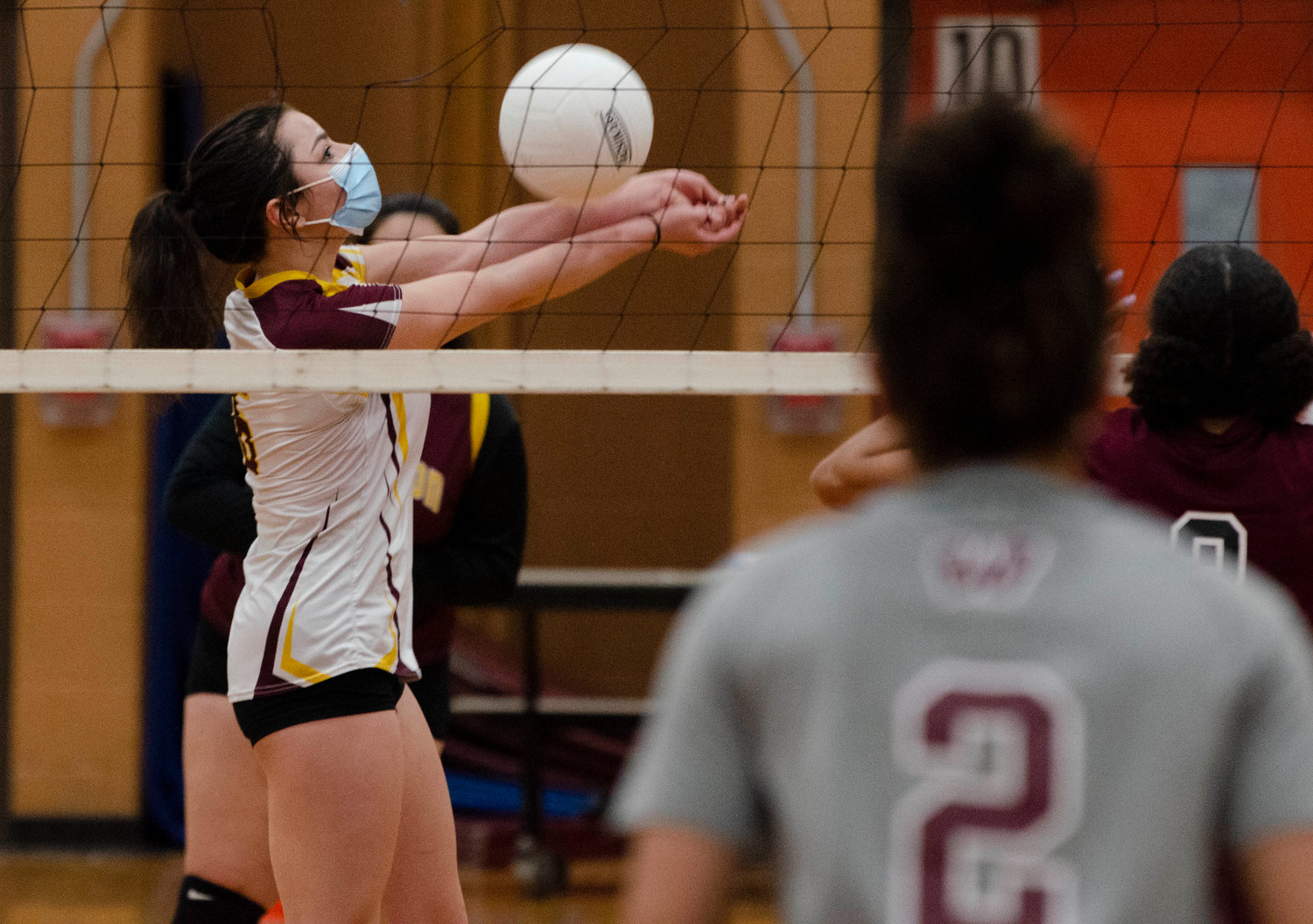 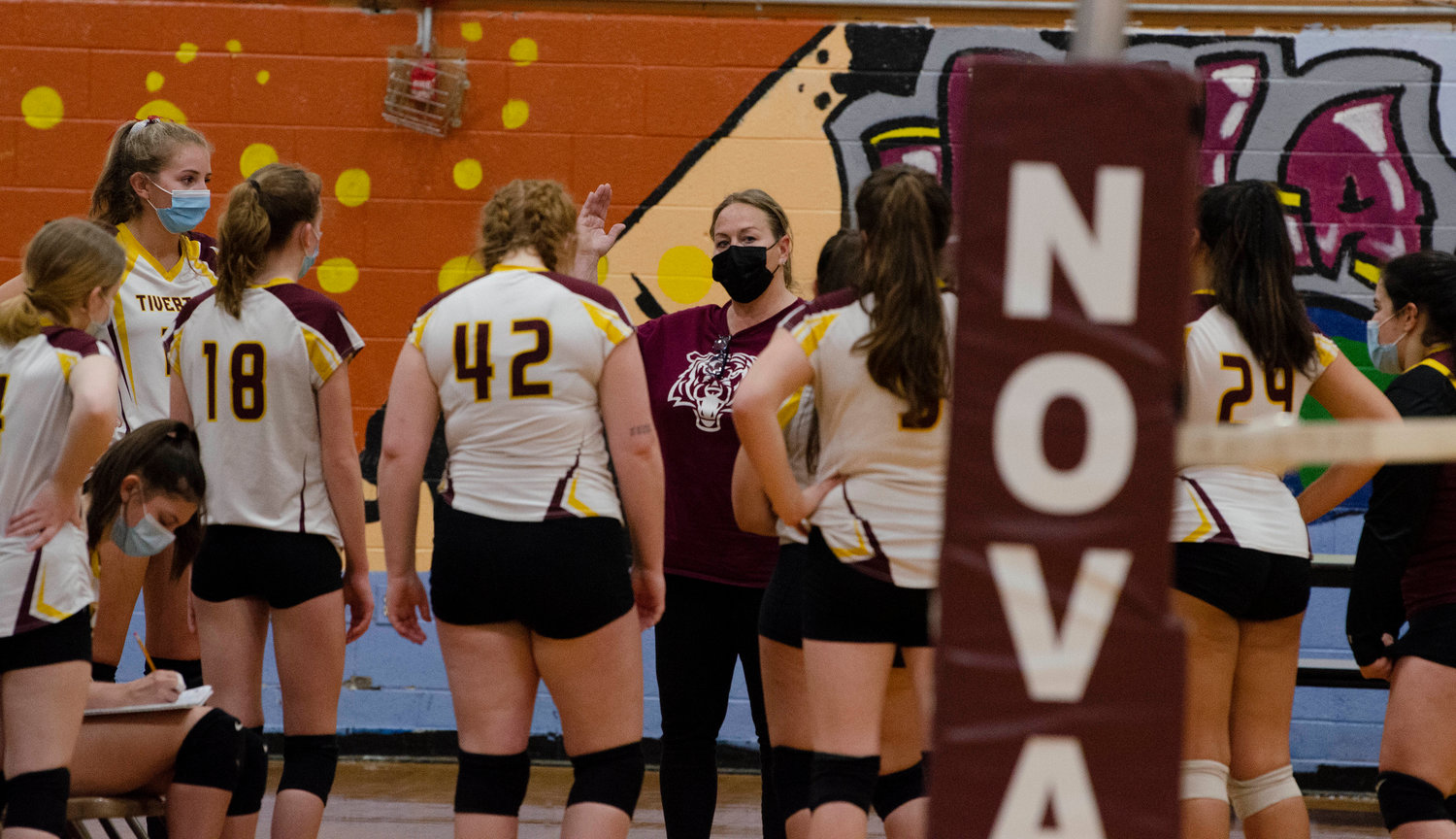 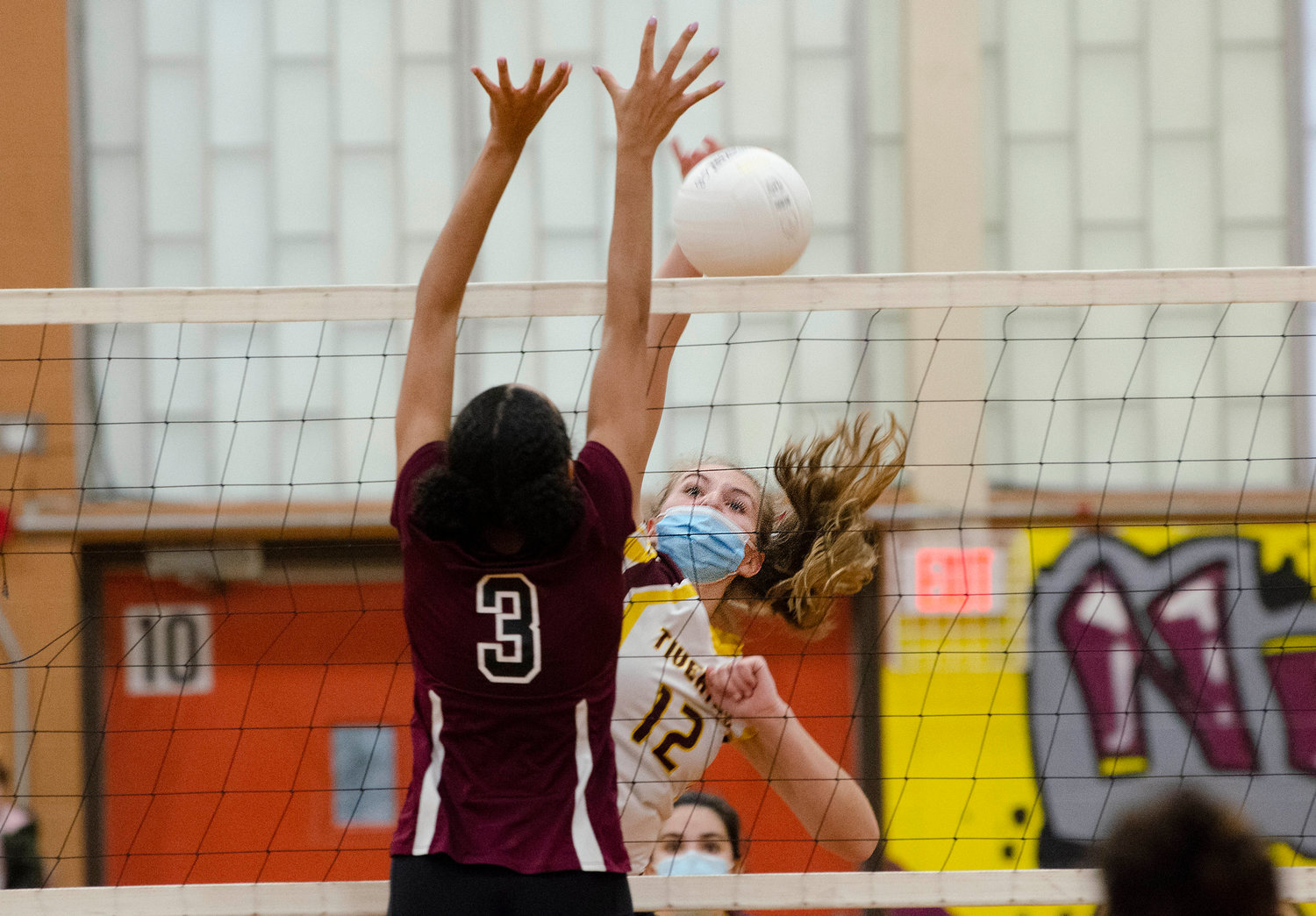 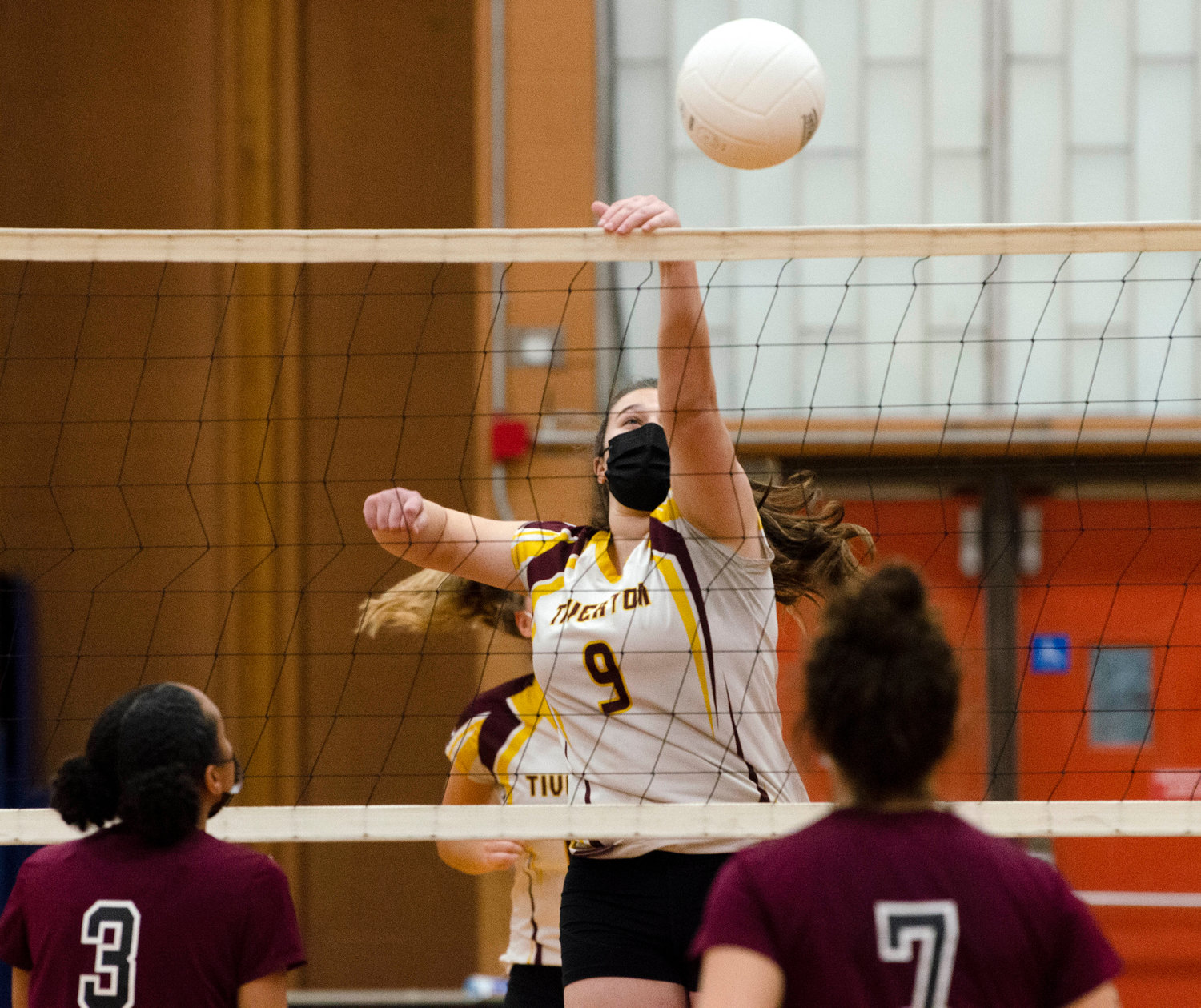 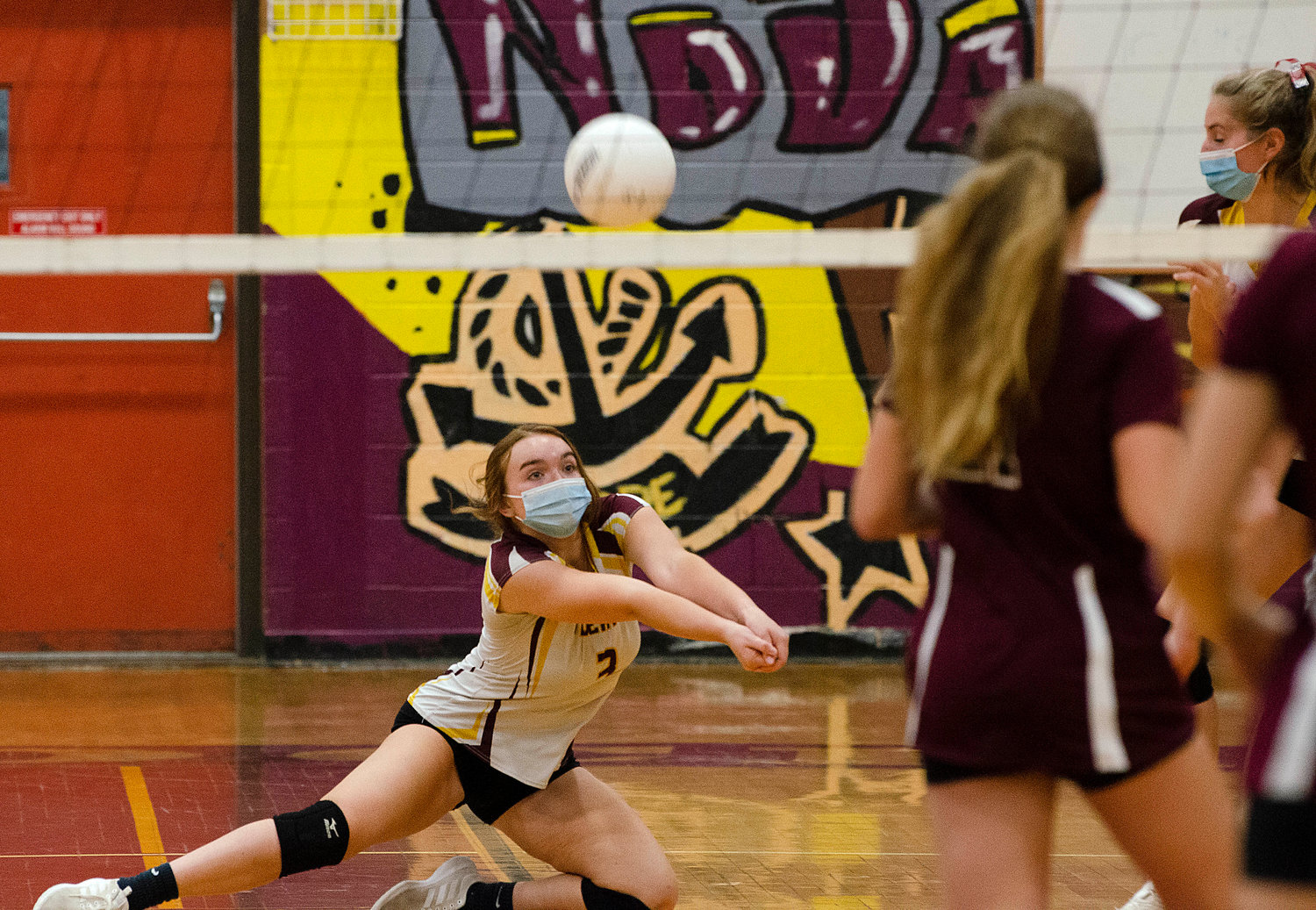 Junior outside hitter Emily Oaks digs the ball out from in front of the net.
Richard W. Dionne, Jr. Coach Kerri Allder speaks to the team during a time out
Richard W. Dionne, Jr. 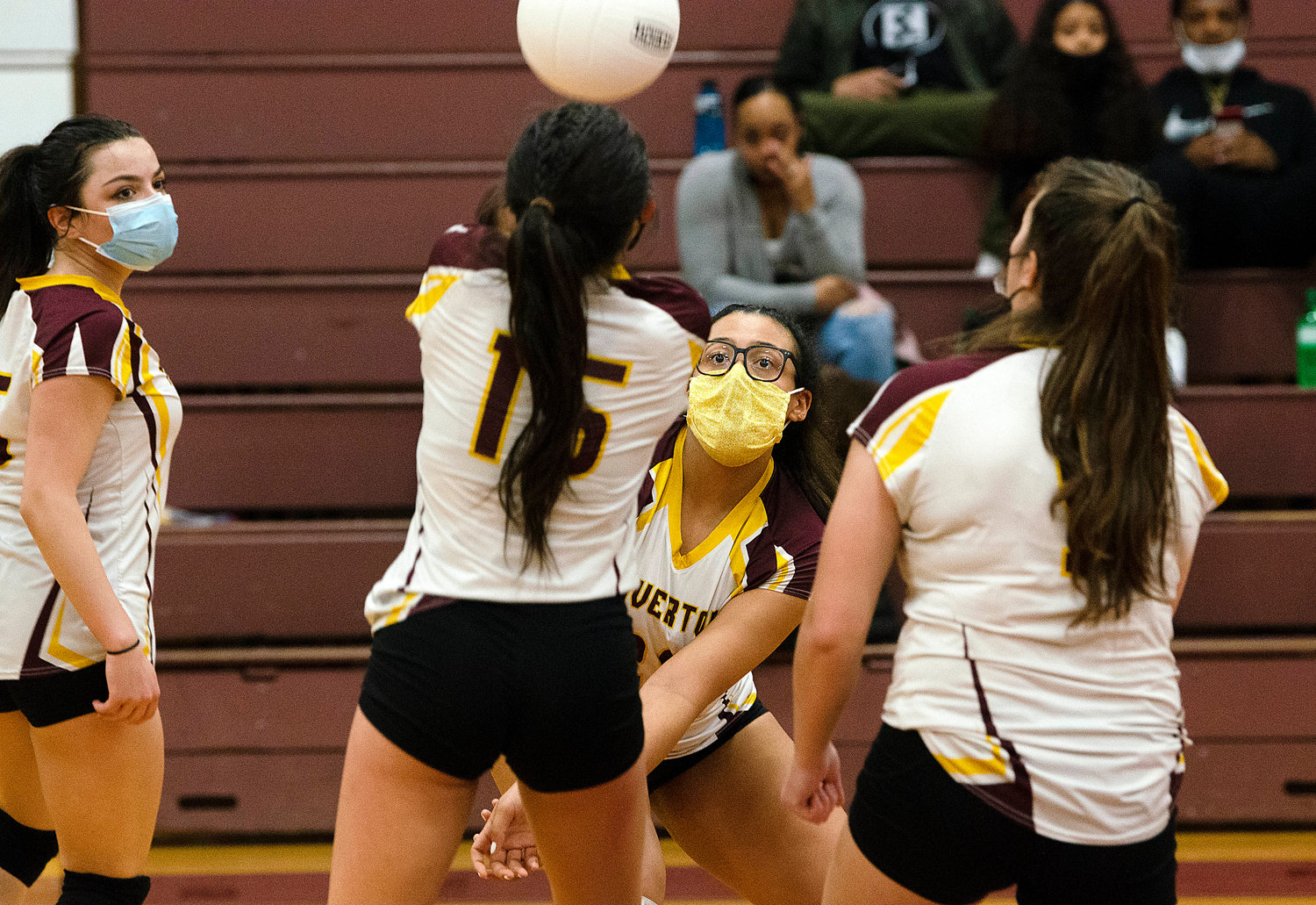 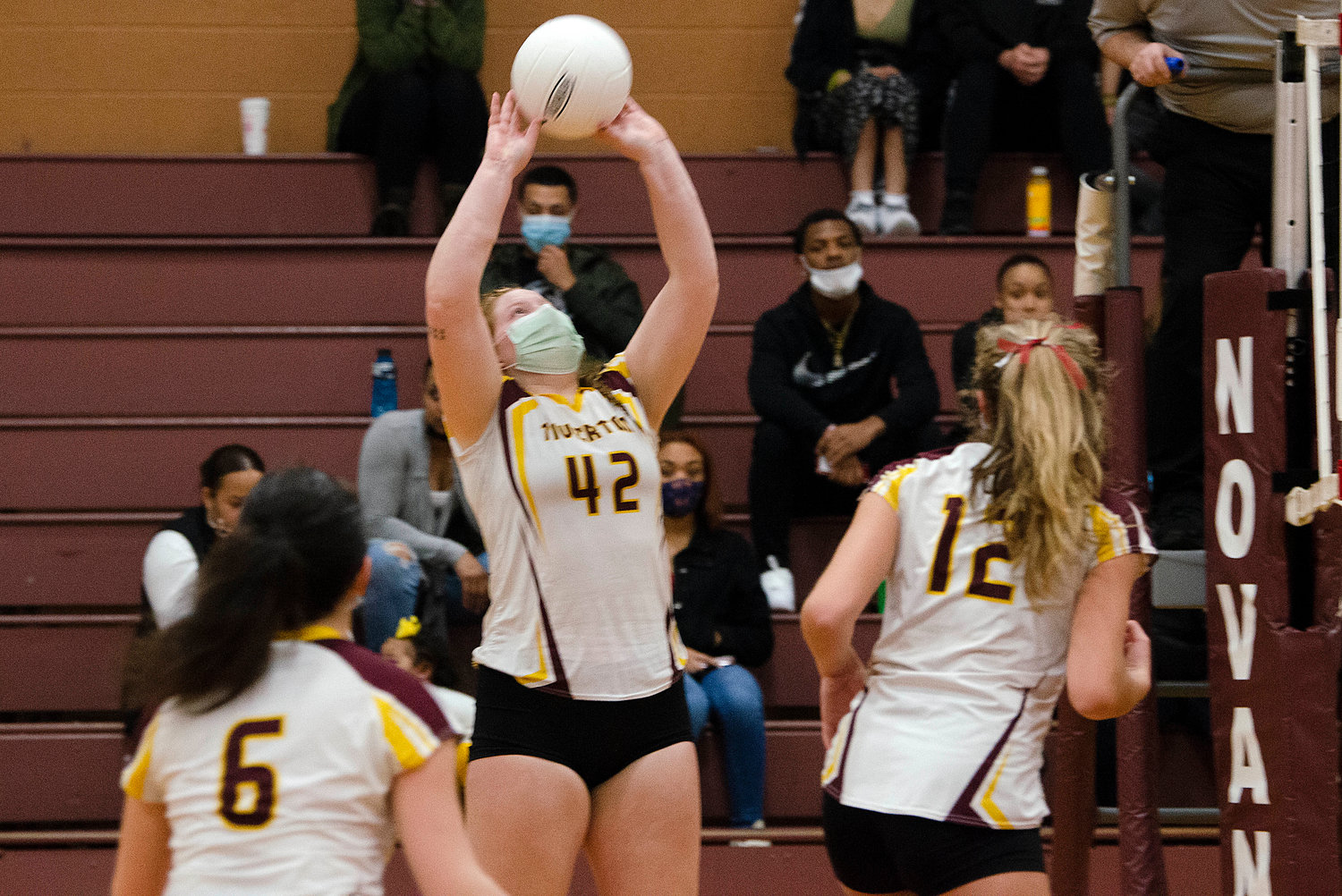 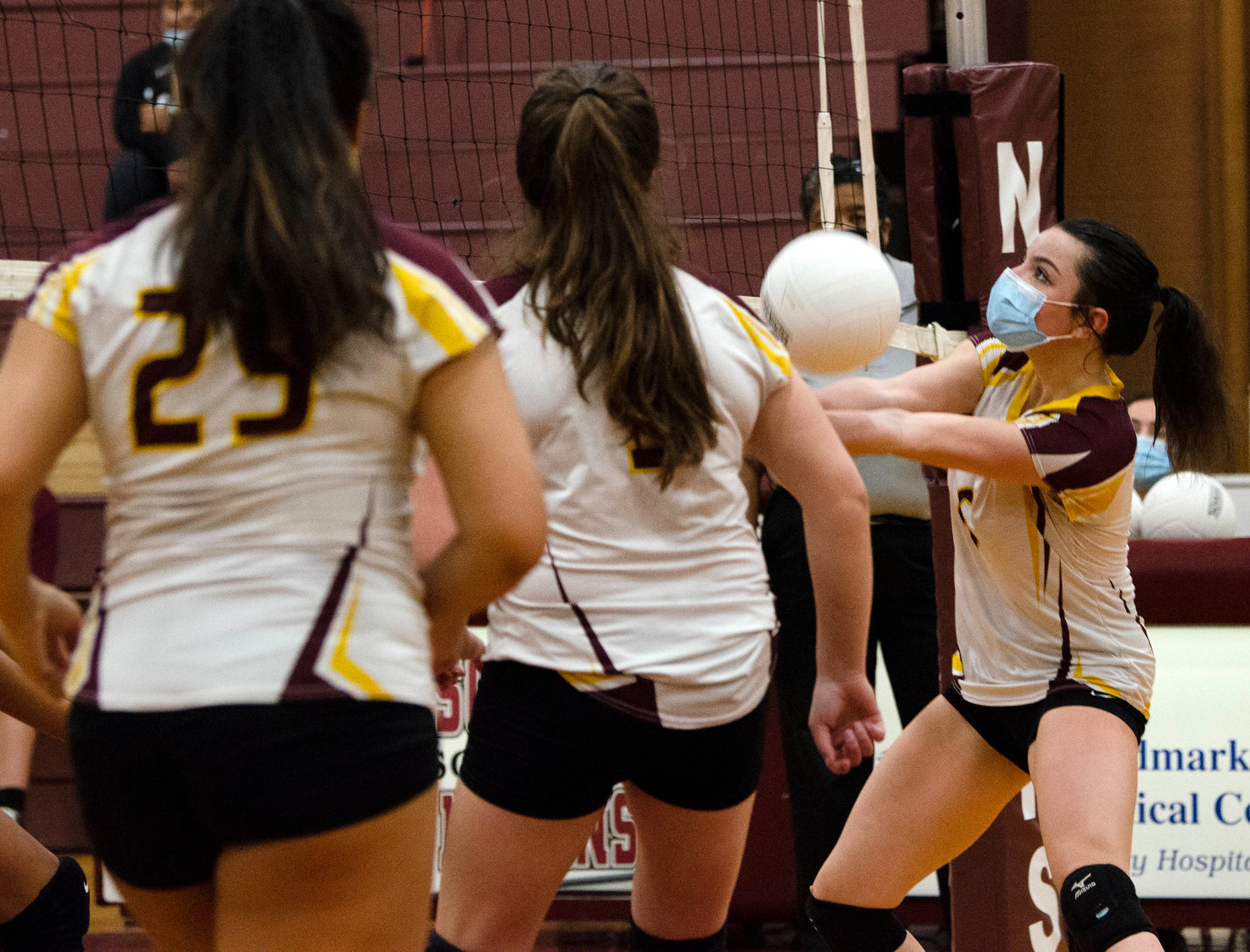 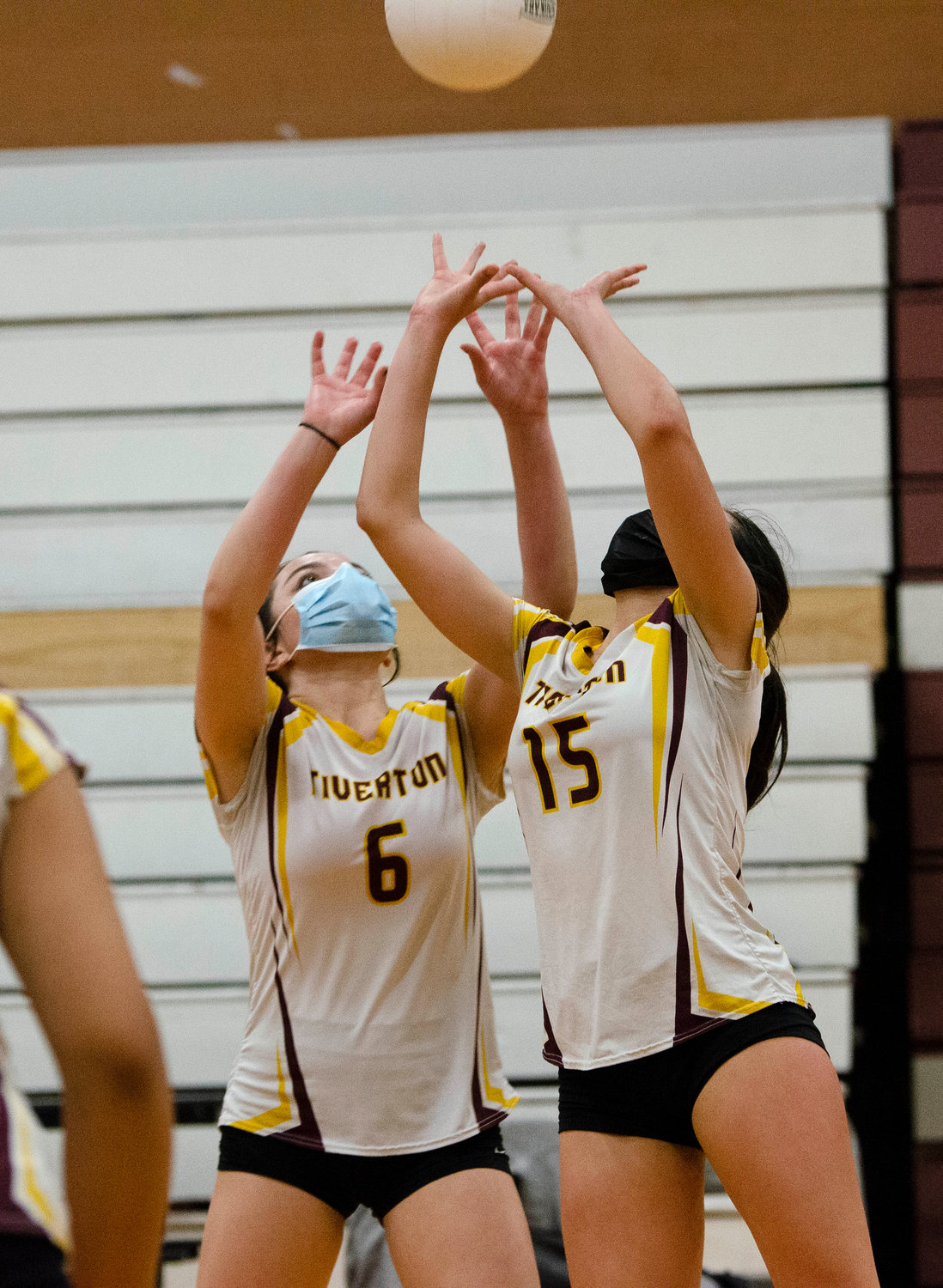 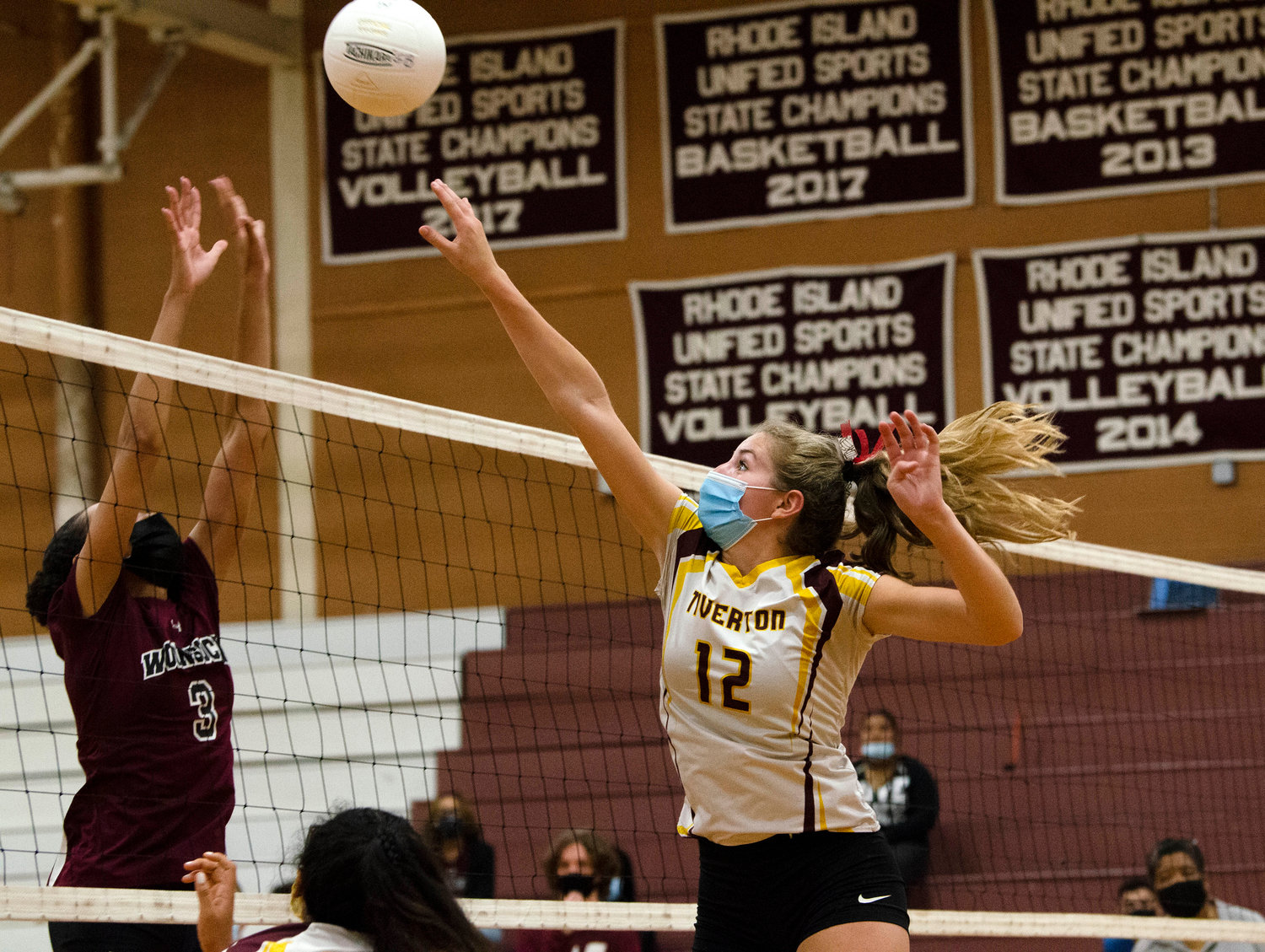 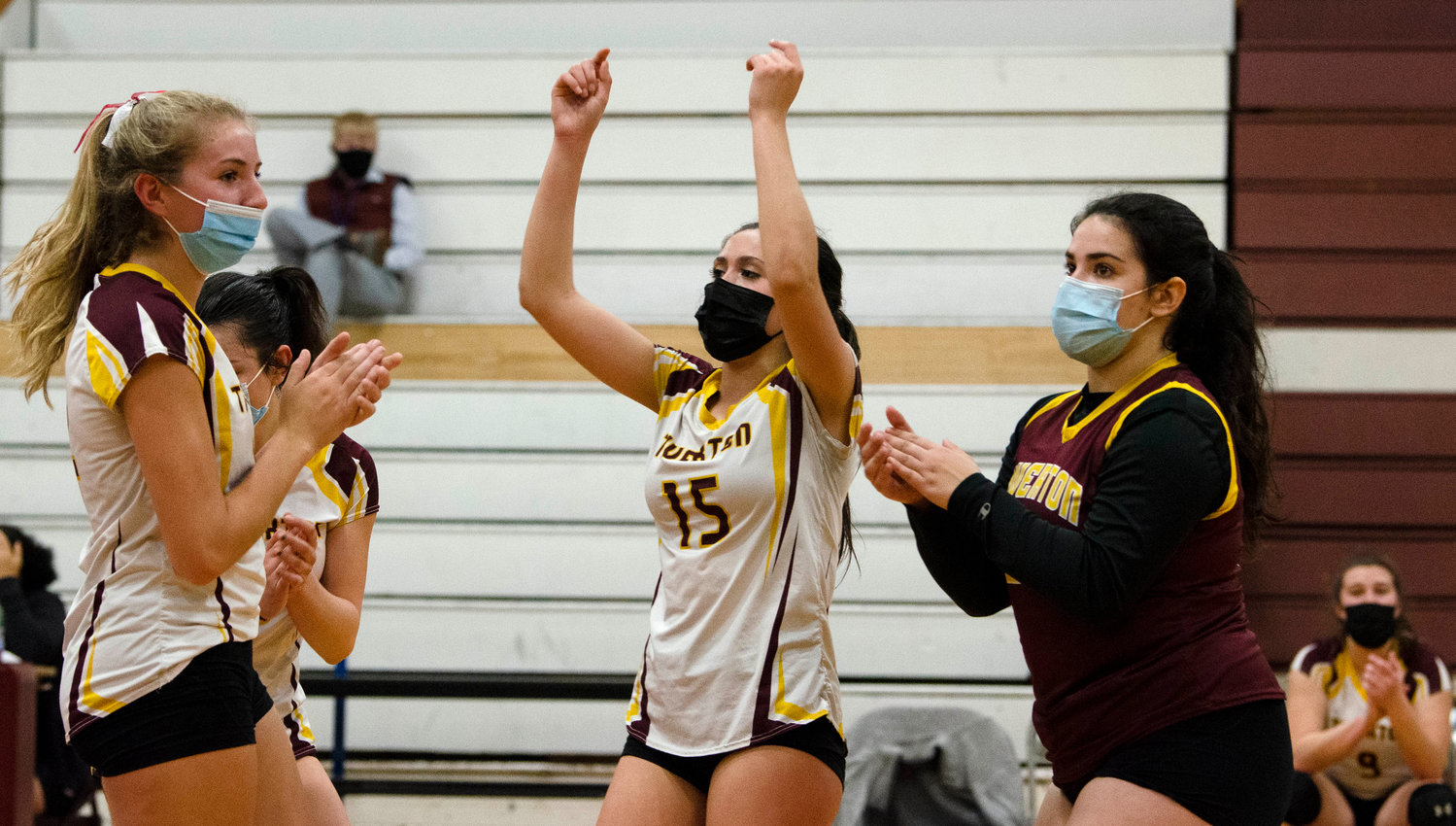 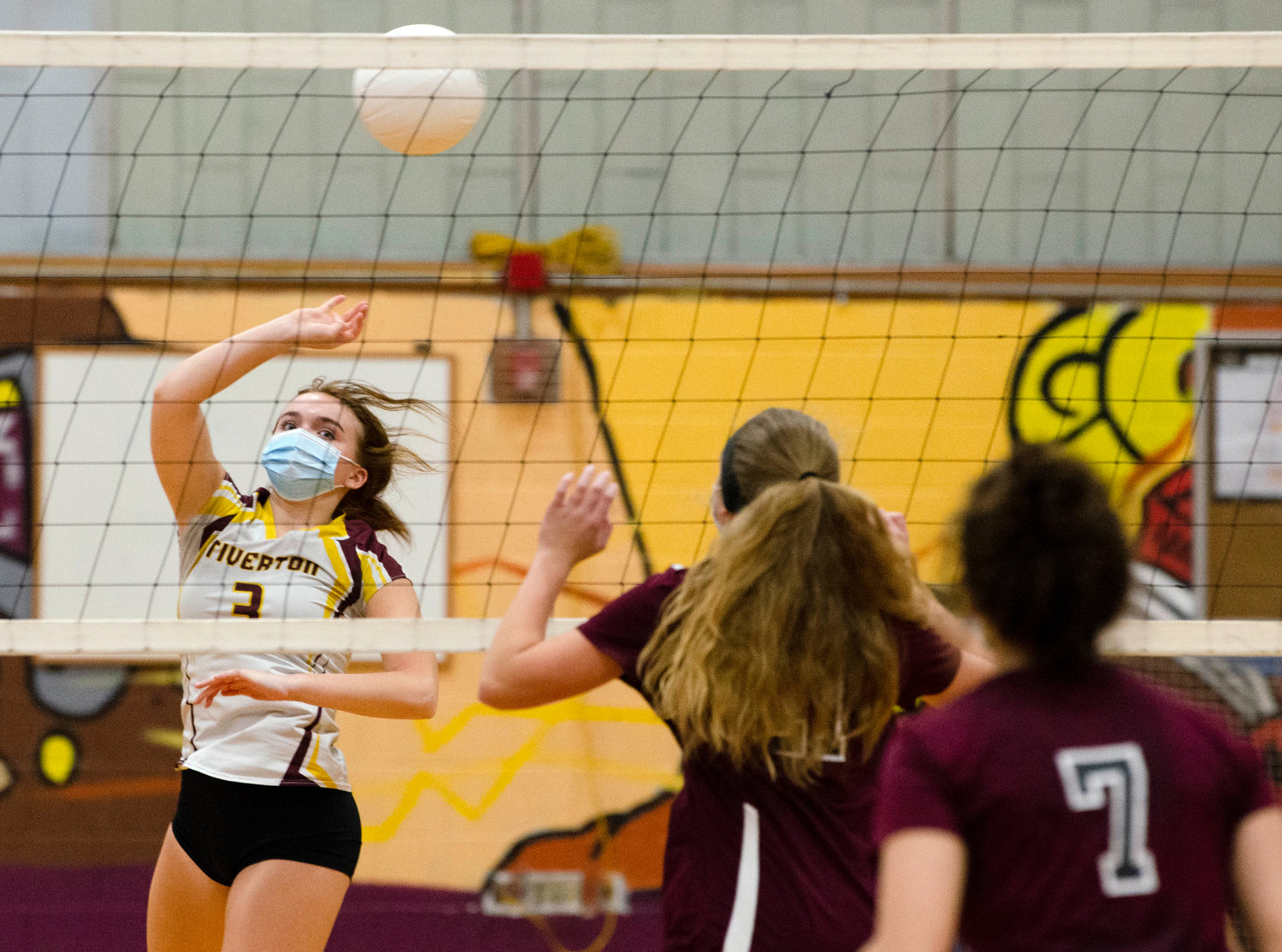 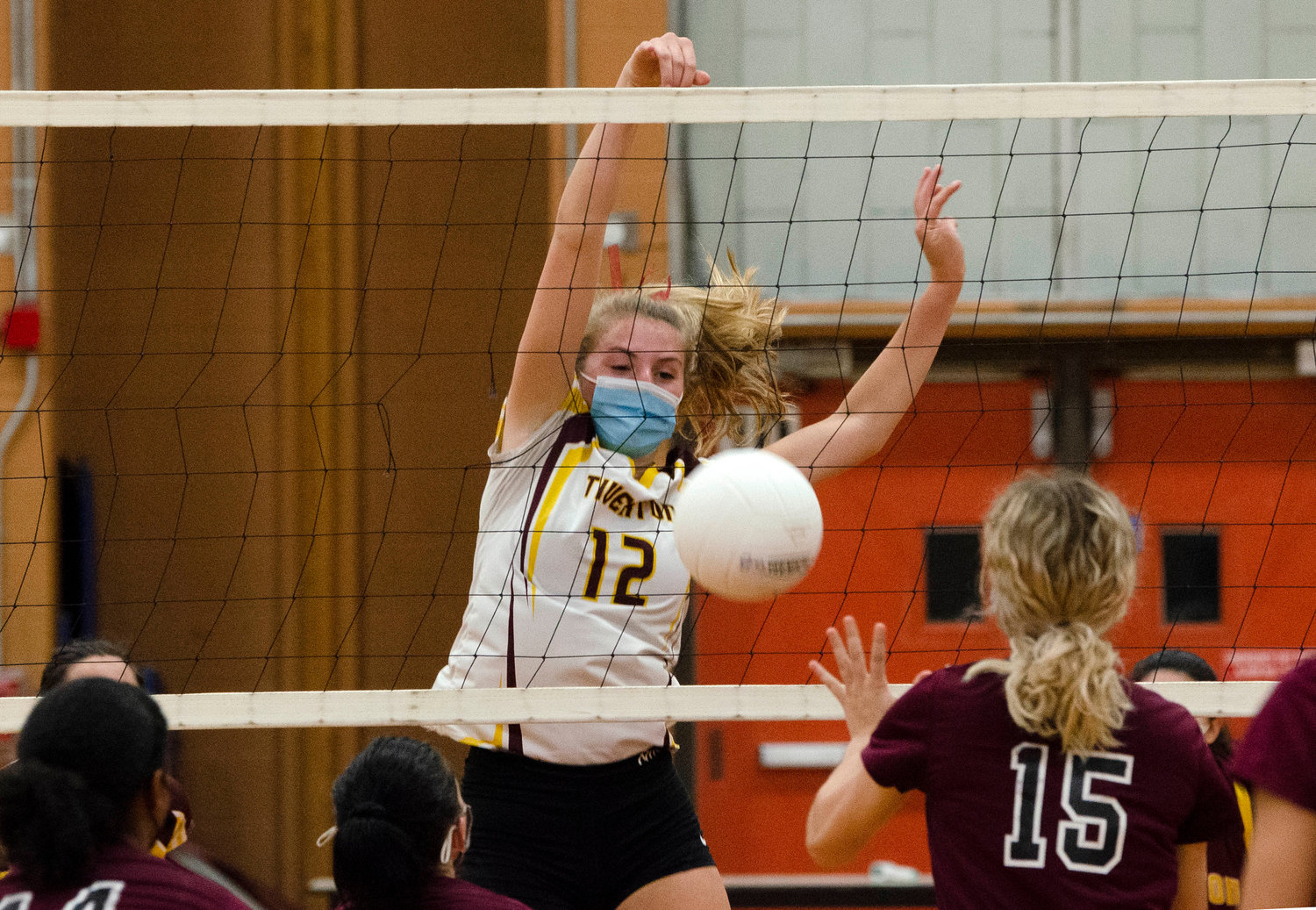 Tigers junior inside/outside hitter, Molly Richardson volleys and taps the ball over the net for a kill during the team's semifinals match against Woonsocket.
Richard W. Dionne, Jr. 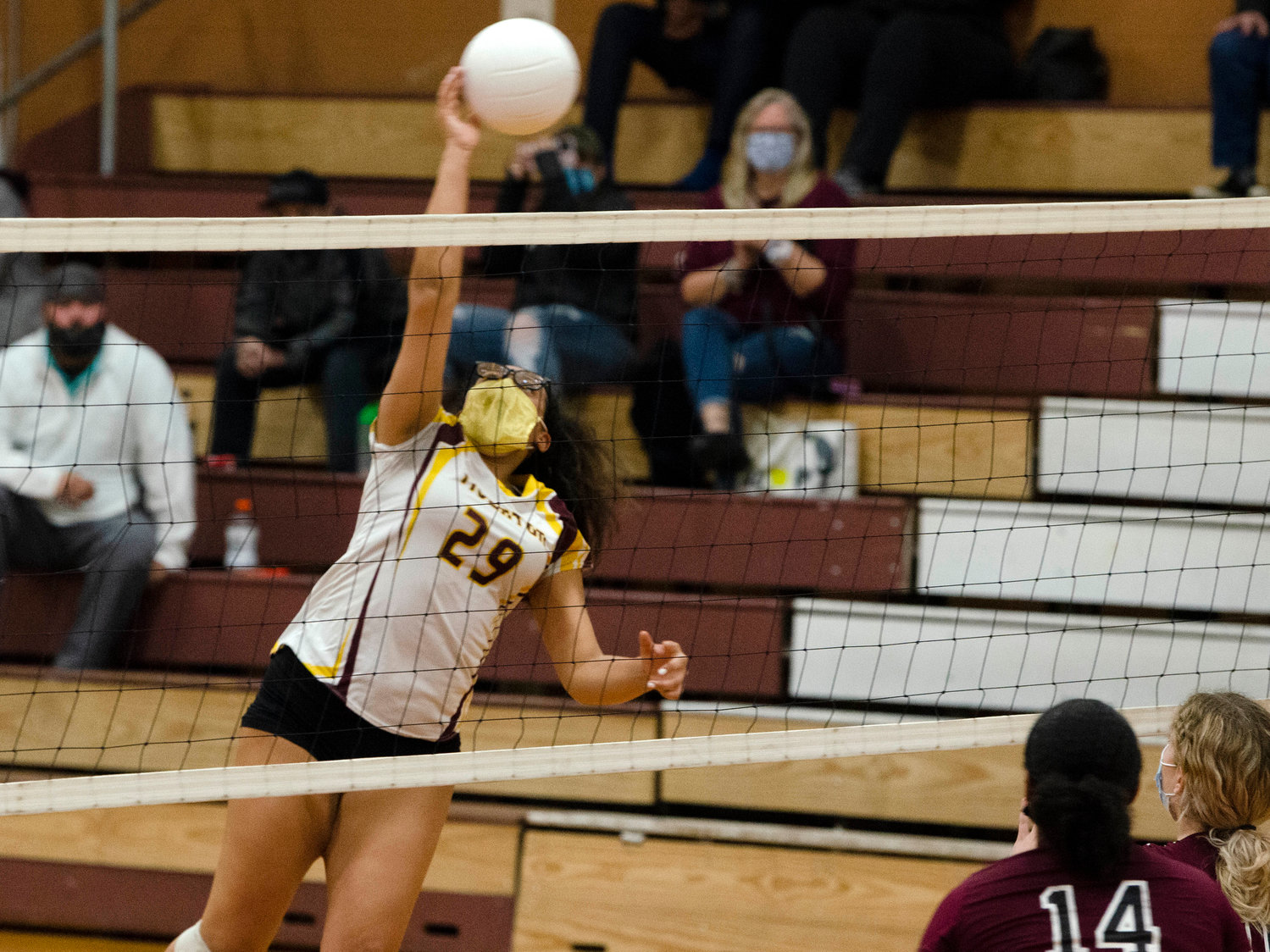 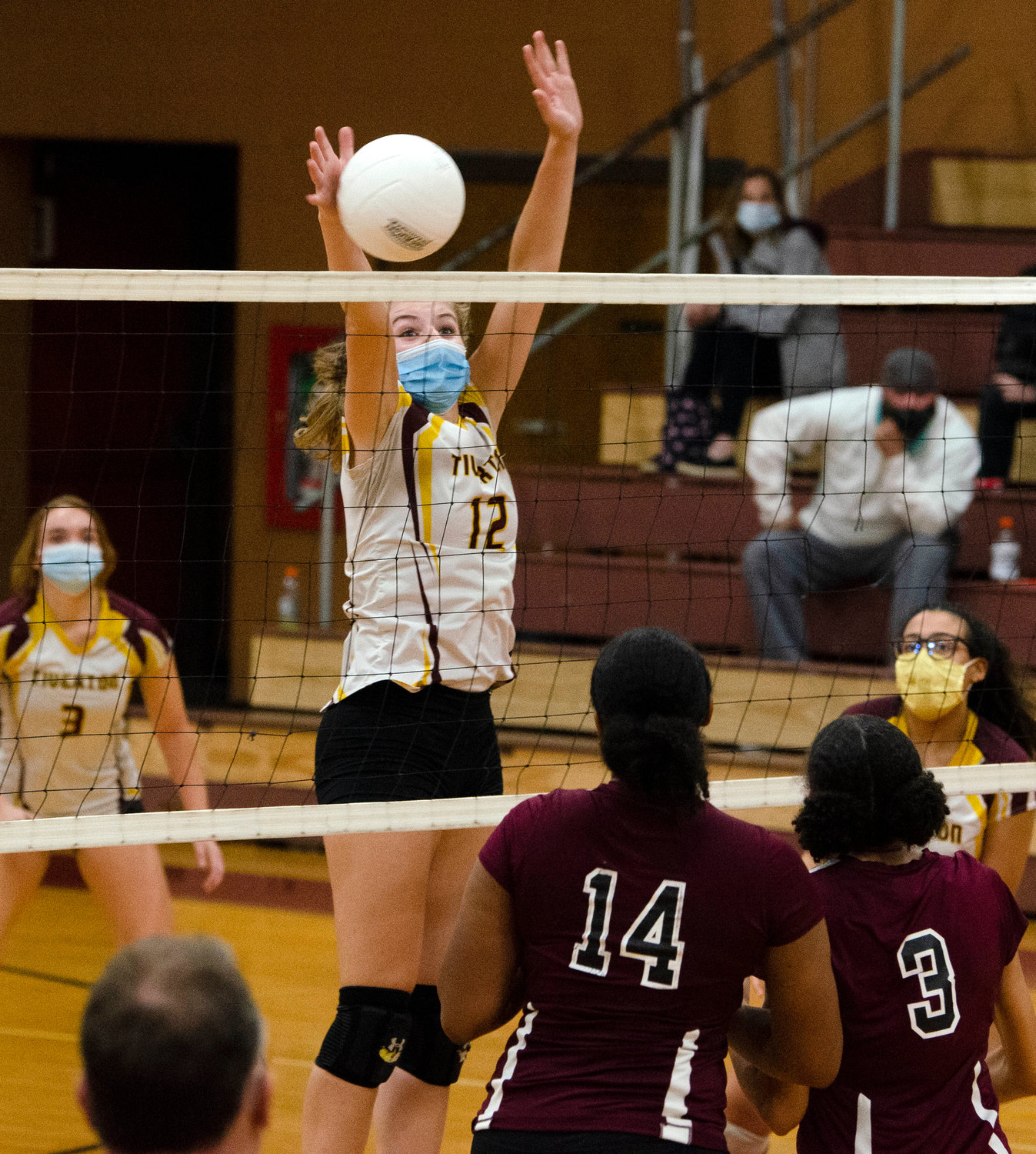 Tigers junior inside/outside hitter, Molly Richardson  smashes the ball over the net for a kill during the team's semifinals match against Woonsocket.
Richard W. Dionne, Jr. 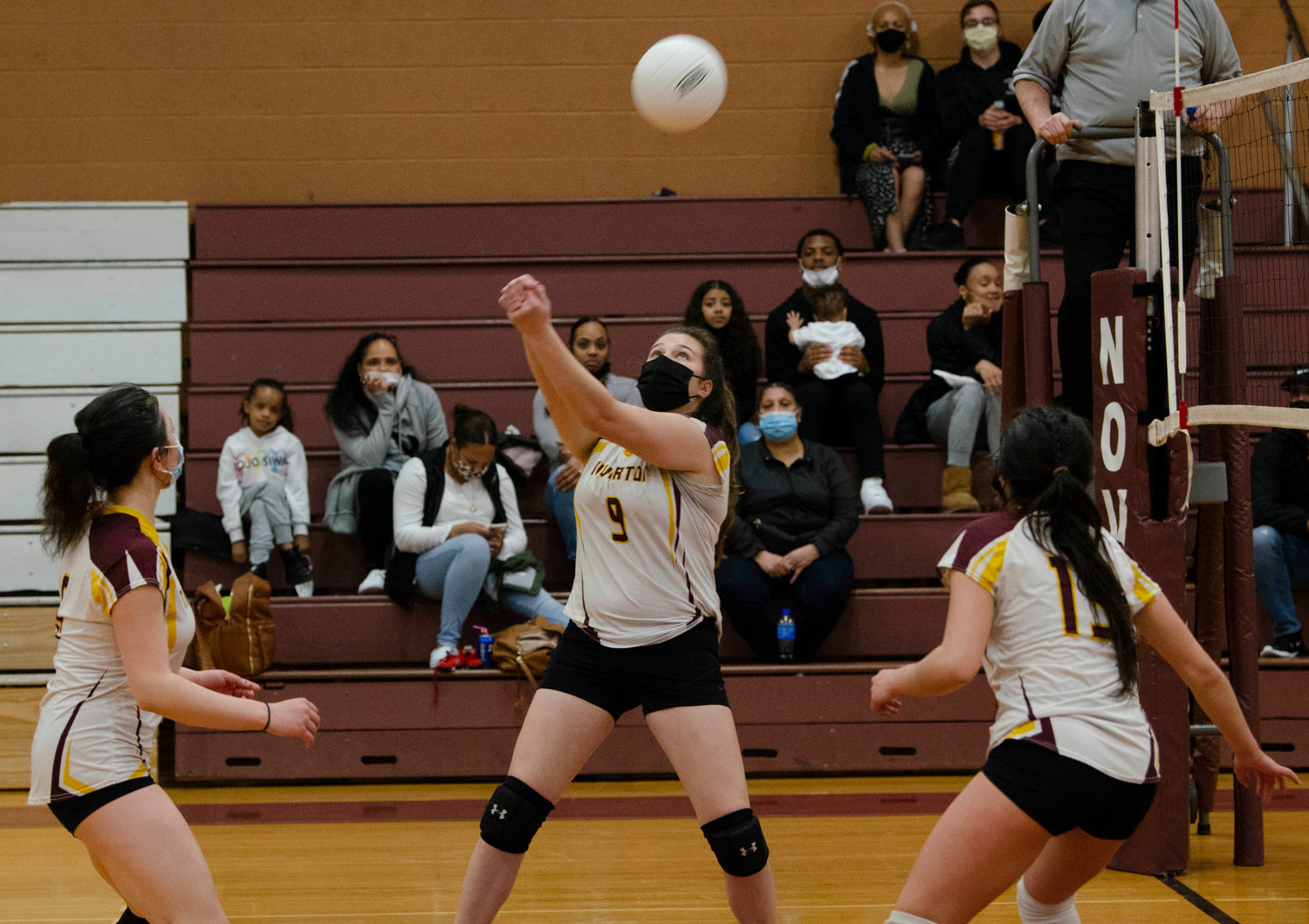 “I told them I was proud of them,” said Tigers coach Kerri Allder. “I was sad this was the seniors’ last game, but the juniors and underclassmen have a lot to look forward to next season. We have a great foundation and will have a great team.”

“I thought that we played really well,” said senior Savannah Goss. “We gave it our best. It’s really sad that this was our last game but we played hard and had a really good season.” Senior Maddison Pelletier agreed, “We played pretty well considering how we came together this season. We really challenged them to get their win.”

“I knew that the one thing we really needed to do to beat Woonsocket was cover and transition from offense to defense,” said Coach Allder. “It was a shortened season. The girls have been improving each day in practice. I’m excited for them next season. They’ll have a whole full season.”

The Tigers’ best set was the second when they came back from several deficits to take the set and tie the match at 1-1. Woonsocket jumped out to an early, 2-7, lead in the set, but the Tigers closed the gap to 13-14. Junior outside hitter, Kaylie Cabral served up eight straight points to give Tiverton a 21-14 lead. But the Villa Novans struck back and took the lead, 22-21 then stretched that lead to 24-22. Tiverton fought off two set points and, after a long volley, junior outside hitter, Richardson tapped the ball past a pair of Villa Novan blockers to make it, 23-24.

“I was getting blocked a lot,” Richardson said, “I had to adjust what I did at the net, I was tipping the ball rather than hitting it.”

Another Richardson kill from a Gabby Piscani-Daugherty set tied the score 24-24. Olivia Miranda served out the set to tie the match.

The Tigers and Villa Novans battled again in the tightly played third set. The set was tied seven times until Woonsocket broke through to win the set, 25-22.

“This is probably the best match that we’ve ever played,” said Richardson. “We did a lot of things that I’ve never seen us do before. We were playing off of our feelings. We wanted to get to the championship. We really wanted this, but there was a lot of miscommunication which is usually our downfall.”

“A loss isn’t a loss to me,” said senior Abby Arruda. “Through all of the circumstances, we made it this far and we’ve built a hell of a good team.”