Volunteers with the Tiverton Historic Cemeteries Commission will spend Saturday cleaning years of overgrowth from a historic cemetery on Furey Avenue, and they could use some help. 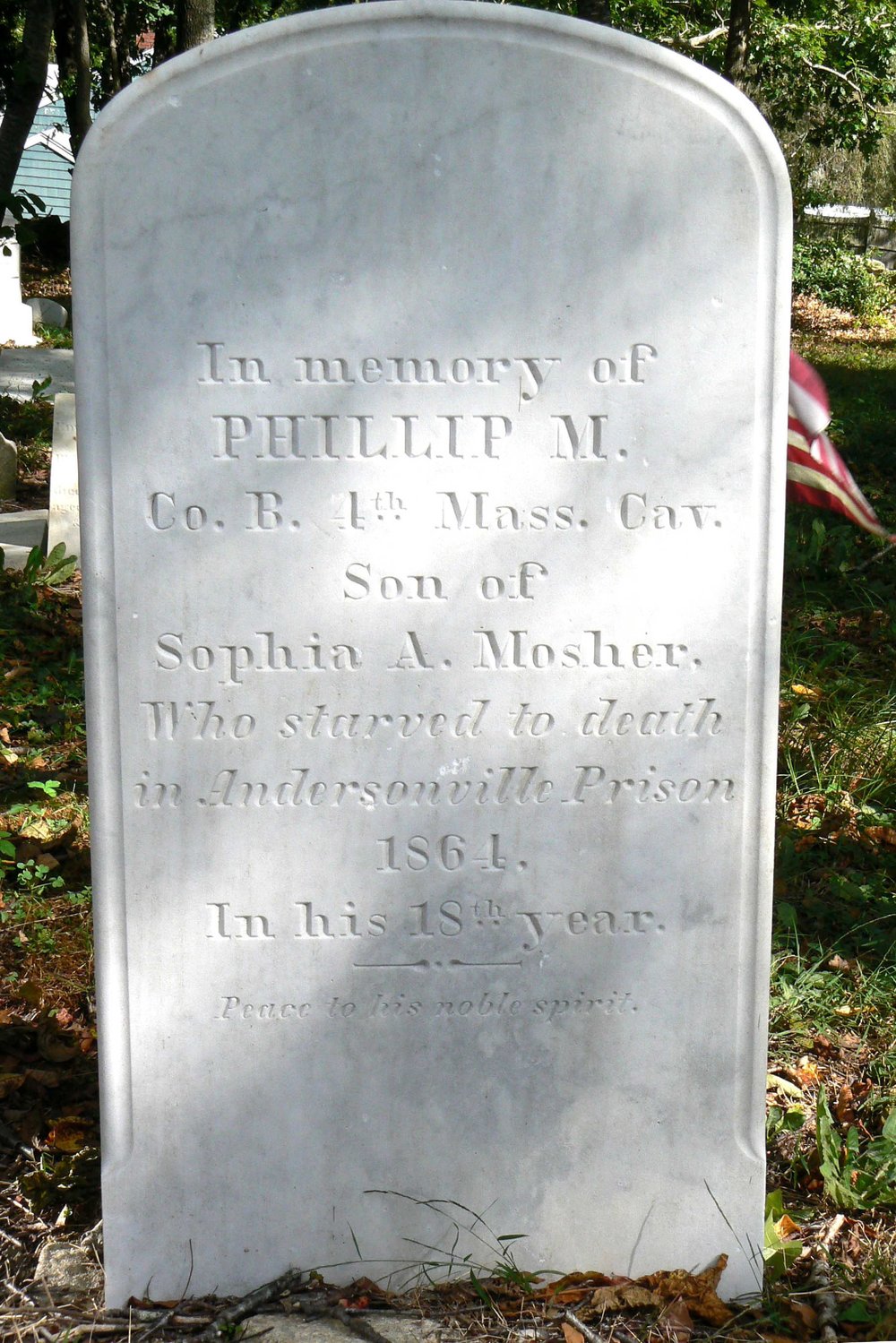 This stone for Philip Mosher, who died at Andersonville Prison during the Civil War, is most likely a memorial to his life.
Posted Friday, April 22, 2022 3:29 pm

Volunteers with the Tiverton Historic Cemeteries Commission will spend Saturday cleaning years of overgrowth from a historic cemetery on Furey Avenue, and they could use some help.

The public is invited to help clear overgrowth from 1 to 4 p.m. at Old Lake Cemetery on Furey Road, off Brayton Road. Anyone willing to help should bring their own gloves and equipment if they have it, including hedge trimmers, loppers and pruning shears. Please dress appropriately for dealing with thorny shrubs and vines, and insects.

Old Lake Cemetery is one of 89 historic cemeteries known in town. It lies off Brayton Road, and was once on the homestead farm of Isaac Lake, who purchased the property from Elizabeth Hicks in 1797 with the dwelling house, along with Edward Manchester and Baley Manchester. Among the 29 memorials lying within its stone walls, at least two are for veterans of the Civil War, Philip Mosher and Green Tripp.

Mosher was born in Warren in 1847 and enlisted as a Private in Company B, 4th Massachusetts Calvary Regiment, during the Civil War. He participated in several skirmishes in Florida. Captured at Gainesville, he was confined to the confederates' notorious Andersonville Prison in Georgia, where he died of starvation at 18 years of age. The stone in Old Lake Cemetery is most likely a memorial to his life.

Tripp was born in Tiverton in 1827 to Rufus and Adeline Manchester Tripp. He enlisted as a Private on October 30, 1861 in the Infantry, RI 4th Regiment Company F.

The RI 4th Company was attached to the Army of the Potomac in November of 1861, and less than a month later was assigned to a brigade in Burnside’s Expeditionary Corps. They took part in the Battle of Roanoke Island on February 9, 1862 and participated in several other fights, including the capture of Fort Macon. September began the Maryland Campaign, beginning with the Battle of South Mountain on the 14th. He was wounded in battle on Sept. 17, 1861, was medically discharged on April 27, 1863, and returned home to Tiverton.

The cleanup is the first of two planned this month and next in Tiverton, and is being run in conjunction with the annual Statewide Historic Cemetery Cleanup.

If you know about a historical cemetery that does not have a State Historical Cemetery marker, please let them know (www.tiverton.ri.gov/boards/historiccemetery.php), so it can be researched and documented.

Film festival in Barrington postponed due to weather