The Farias’ Bristol home is filled with a uniquely Rhode Island decoration: quahog shells, decorated with inspirational messages, jokes and paintings of nautical scenes and childhood … 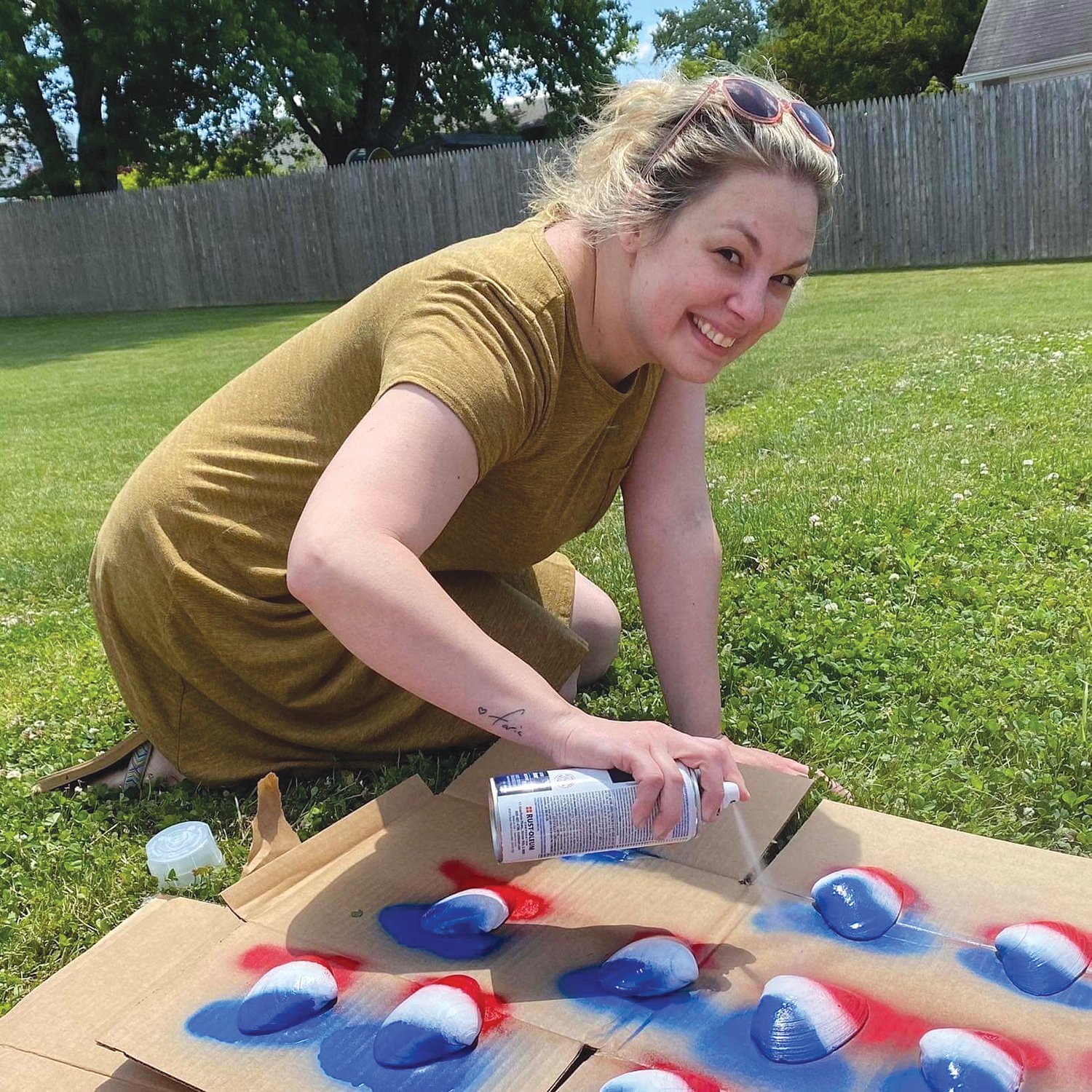 Melissa Leary Faria works on a batch of Fourth of July-themed shells to hide around Bristol. She has painted more than 3,000 shells since 2020 as part of the grassroots Aquidneck Shells effort 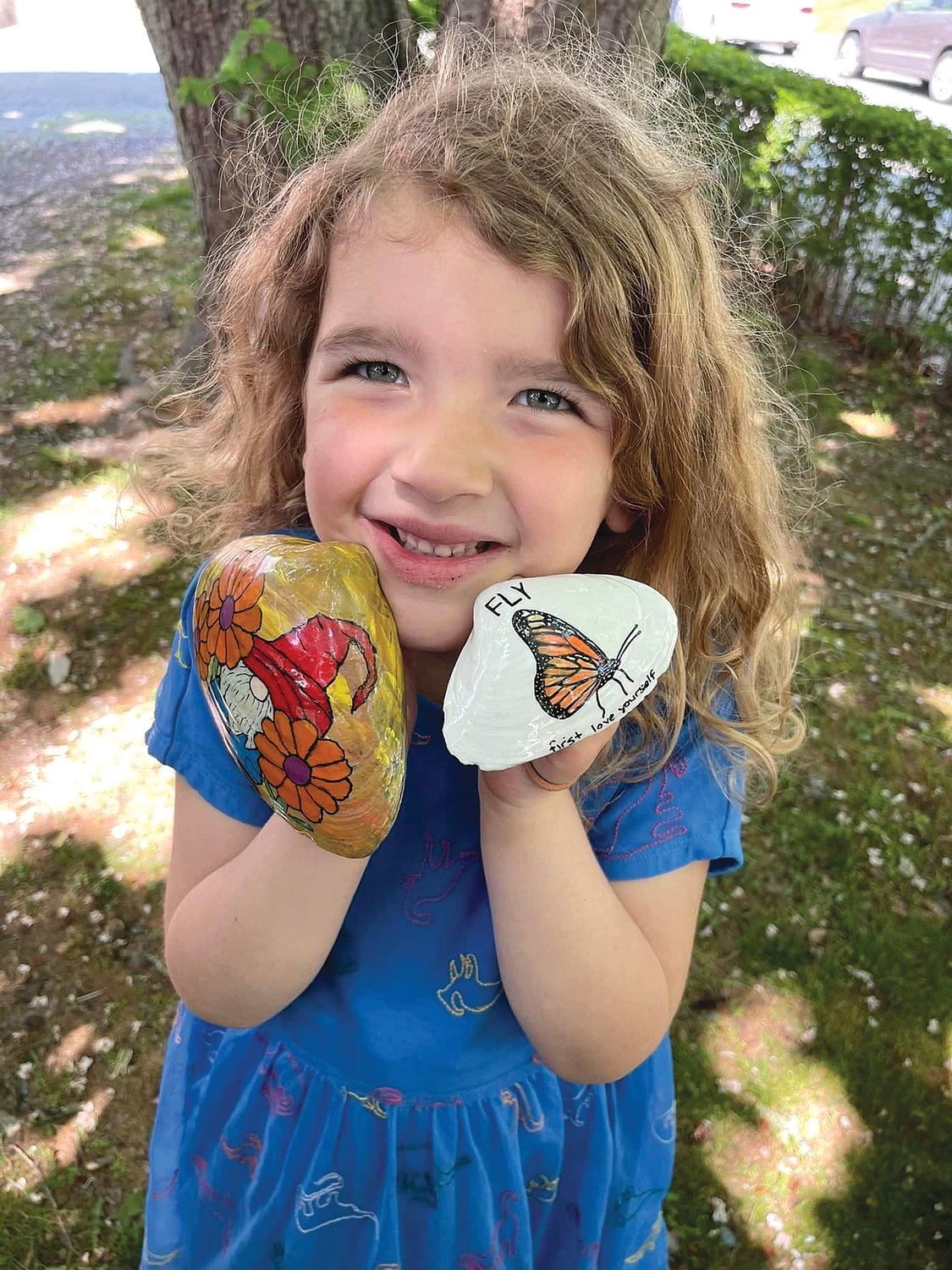 Addie Loveland shows off two of the painted shells. People taking part in the project both find and paint shells, often posting them to a group Facebook page. 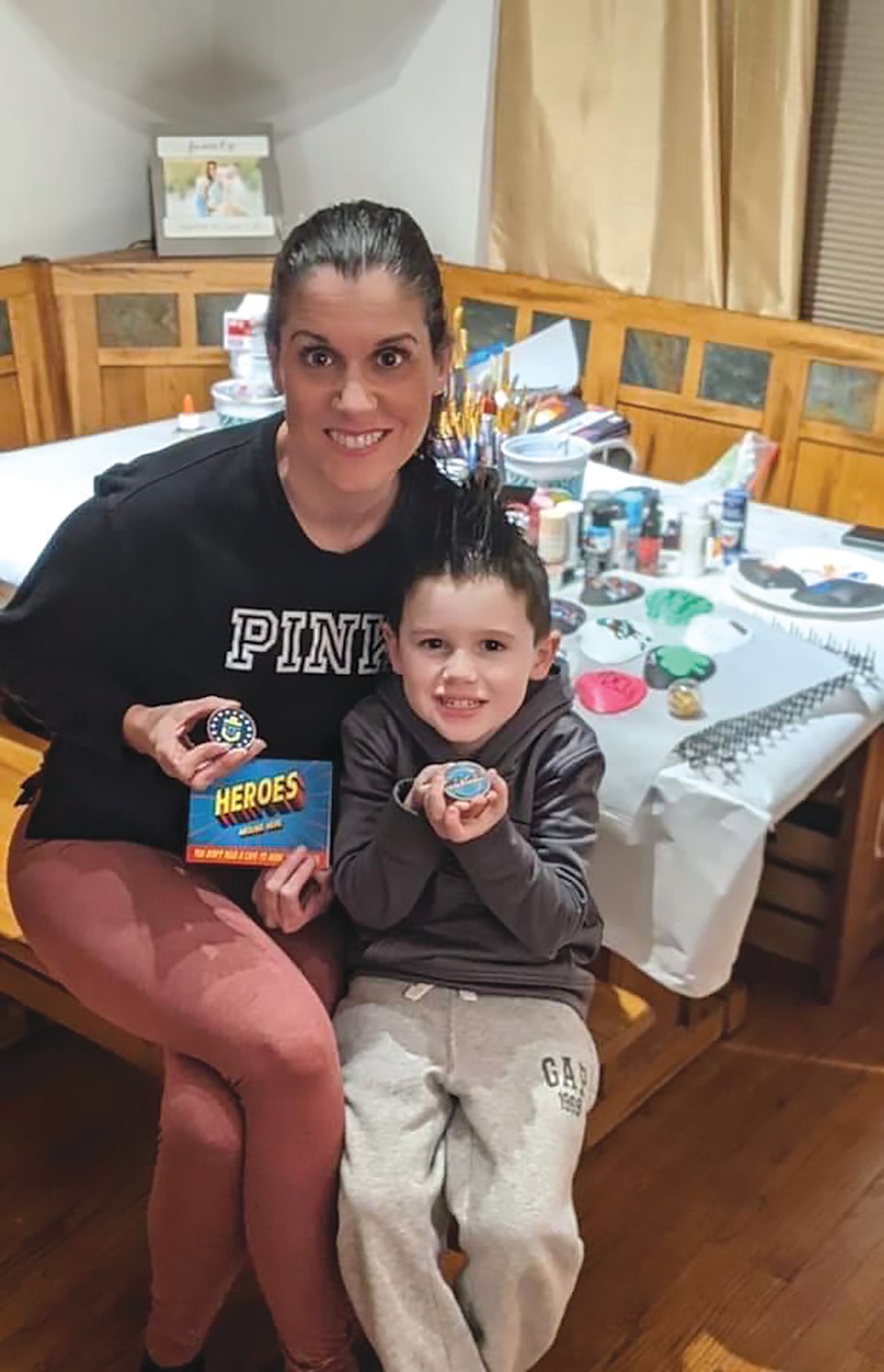 Sheri Scetta Arbige, shown with her son, Jaxon, was inspired to start the Aquidneck Shells effort back in 2020. It has grown exponentially since then. 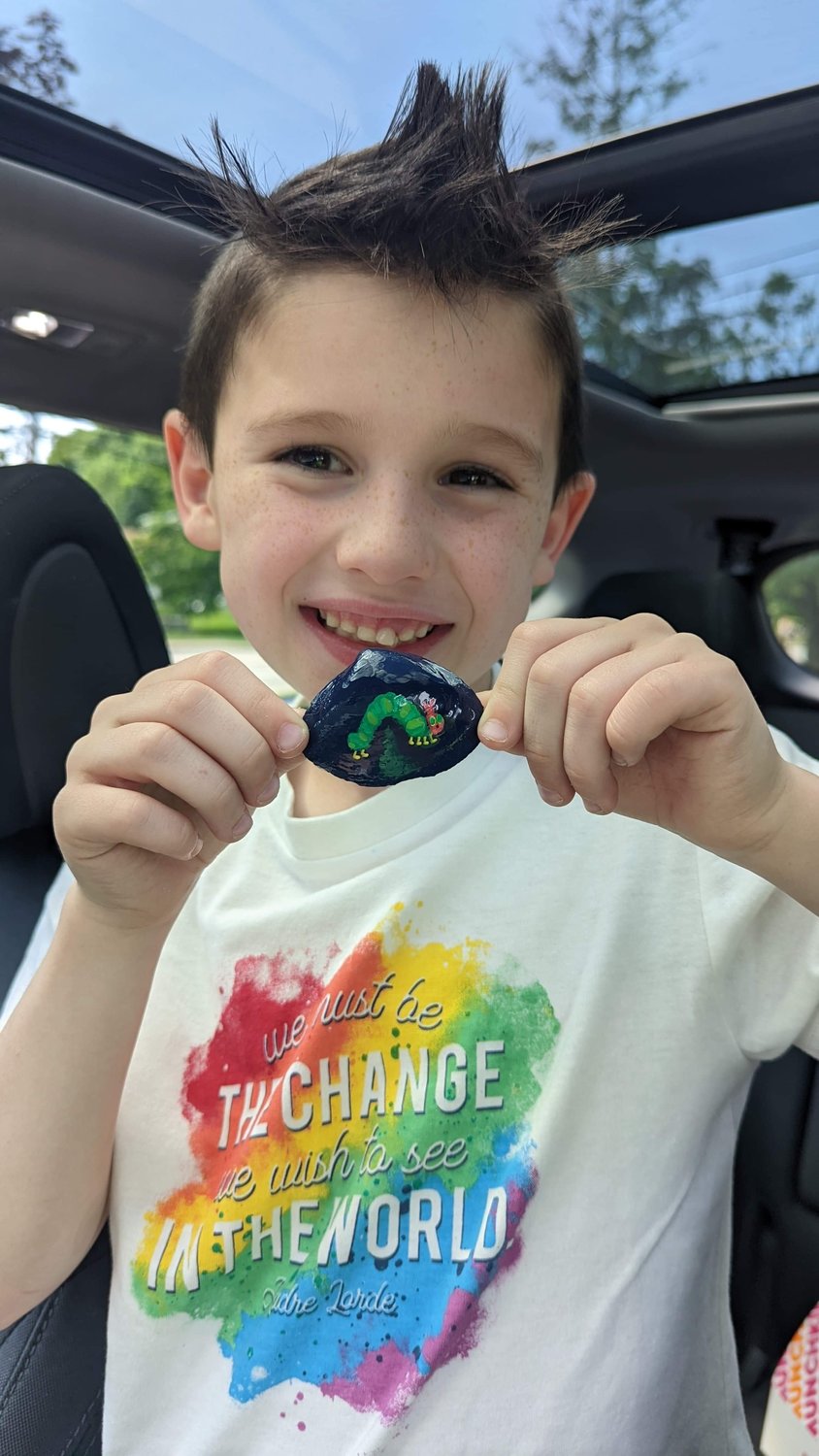 Jaxon Arbige shows off a small painted shell with an inchworm. 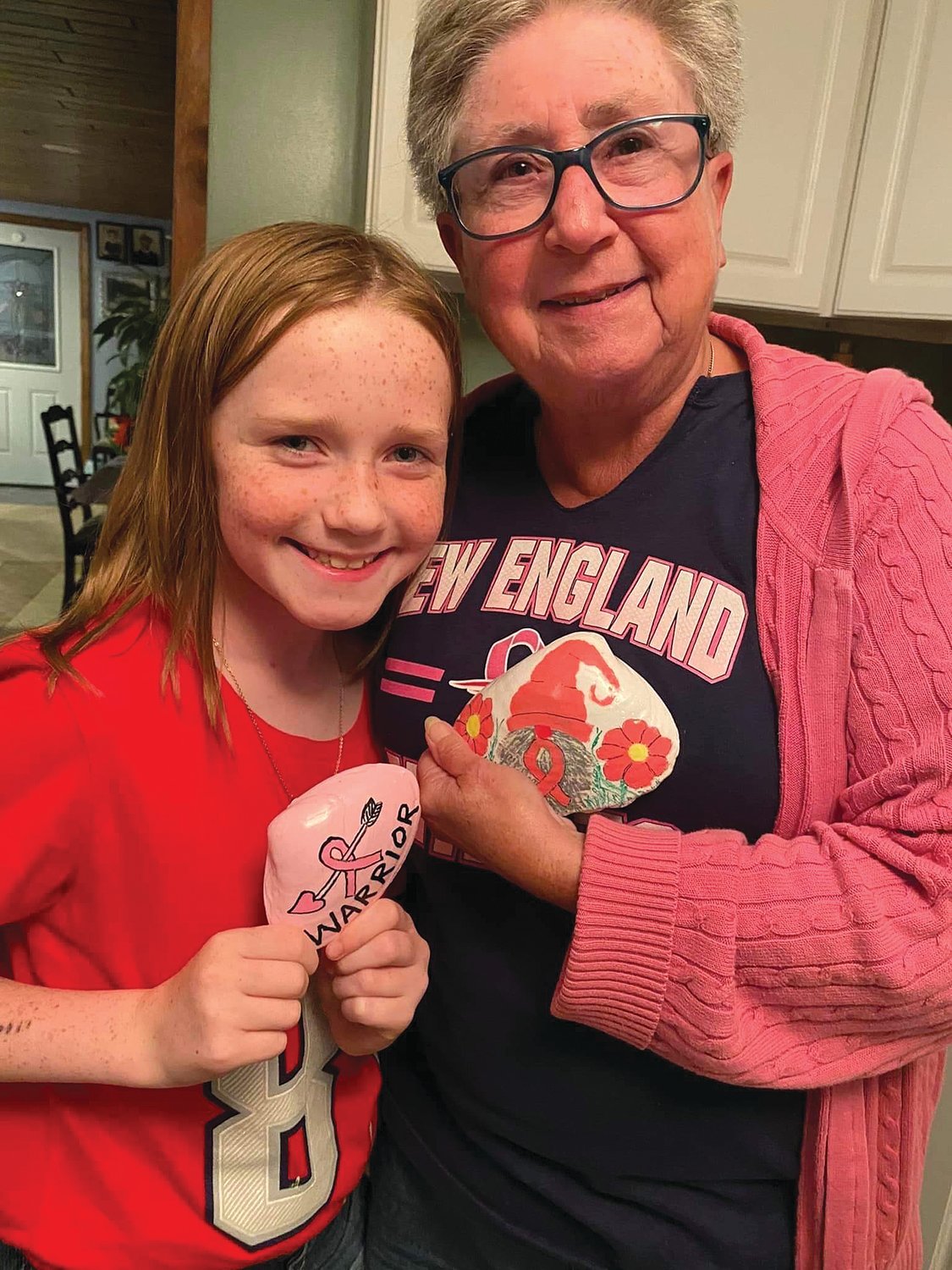 Georgia and Catherine Bonner show some of the shells contributed to the effort. 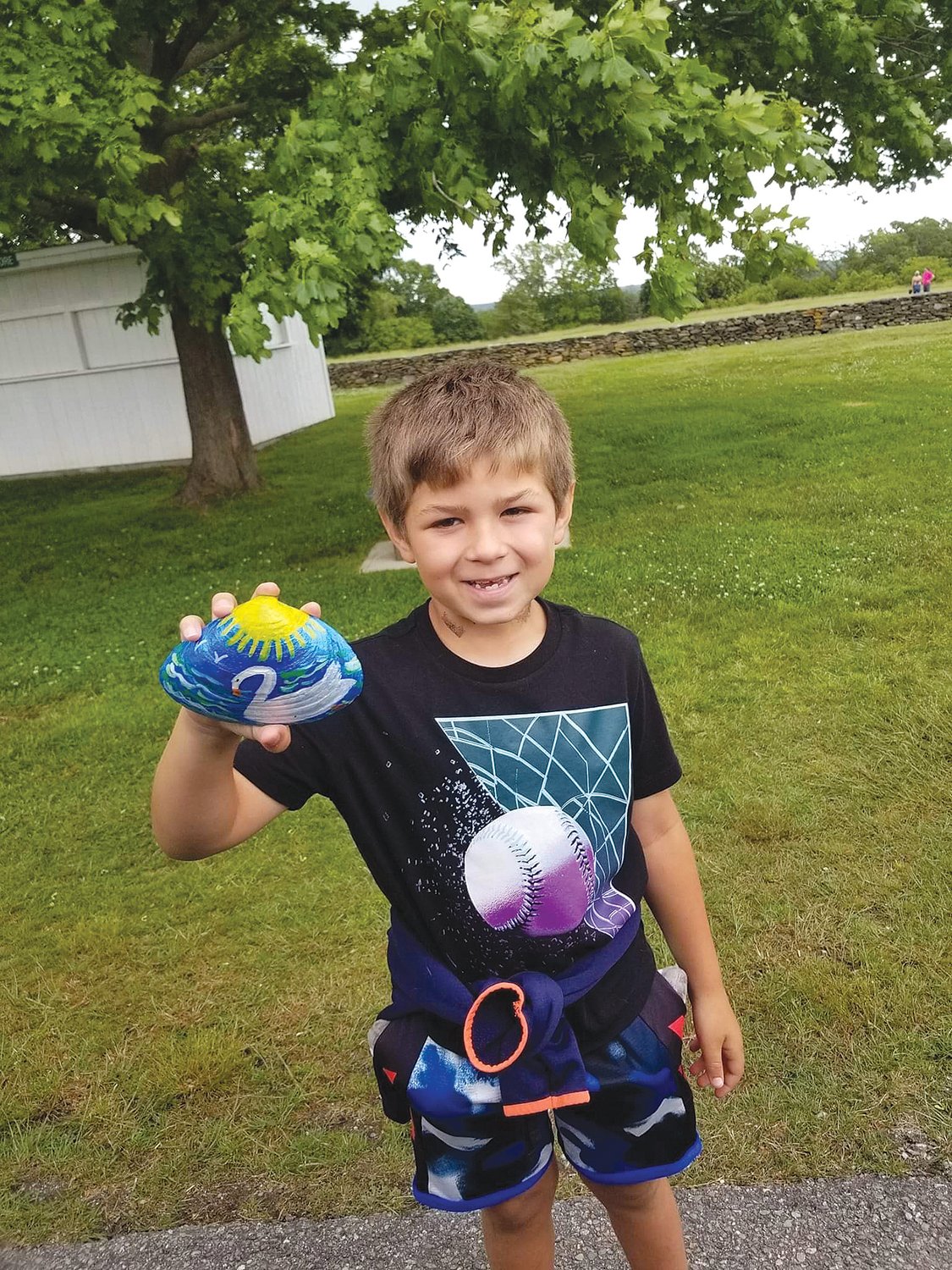 Kaleb Sabulis holds up a painted shell with a swan. 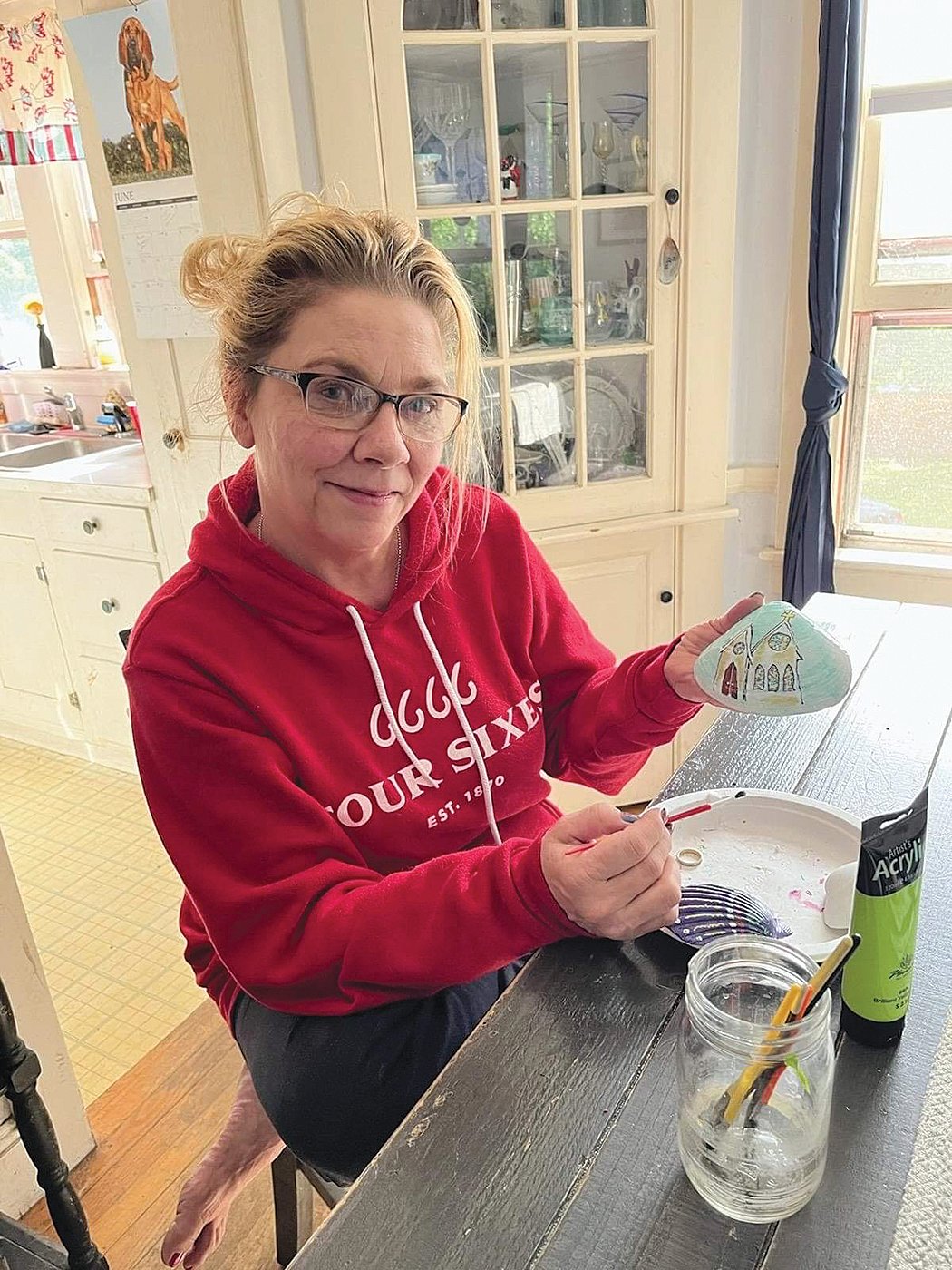 The Farias’ Bristol home is filled with a uniquely Rhode Island decoration: quahog shells, decorated with inspirational messages, jokes and paintings of nautical scenes and childhood characters. For Melissa Leary Faria and thousands of others in the East Bay, finding, decorating and hiding seashells has become a way to connect with family and community.

It’s all part of a grassroots effort launched by Sheri Scetta Arbige during a trip to Second Beach in Newport with her son in 2020, when a friend told her that her family likes to decorate the large clam shells they find.

“So I grabbed a huge bag of (shells), and my son and I started painting them,” Scetta Arbige said. “And then I’m like, ‘Oh, my God, what are we supposed to do with all of these shells?’ Because I started off with just swirls of color and rainbows. And then it hit me.”

Scetta Arbige began hiding shells around Aquidneck Island. She then created the Aquidneck Shells Facebook group, with the mission of spreading positivity in the peak of the COVID-19 pandemic.

“So there was seven of us maybe, just painting random shells and hiding them, and I created the group, and sometimes it’d get posted and a lot of times they wouldn’t, but I knew that even if they didn’t get posted, that whoever found them, it would it would make their day. I know that it put a smile on their face,” Scetta Arbige said. “So the first year it was just a couple of us. It was like a few hundred in the group.”

The rules are simple: if you find a shell, share it online so the artist can see their work. Then, hide the shell again or keep it for yourself. Members can also hunt down their own shells to decorate and hide them for the next passerby.

Members share images of shells they’ve decorated or found. Local businesses and parks, like Glen Park in Portsmouth and Paradise Park in Middletown, are especially popular hiding spots, but Leary Faria said the Aquidneck shells have traveled as far as Arizona.

Her first design was a shell that read “sweet dreams are made of brie,” which she placed on top of the cheese display at the Shaw’s grocery store in Middletown.

“This was something that was encouraging, and making people laugh,” Leary Faria said.

Leary Faria said that since 2020 she has painted and hidden more than 3,000 shells. She has even created her own in-home workspace for crafting and has boxes of seashells she’s collected from many visits to the beach with her 4-year-old son.

“One of the places I like to hide shells is actually at a gas station because of how cranky are you getting gas right now? You look down and you see a shell, and you’re like, ‘that’s fantastic,’ ” Leary Faria said.

Leary Faria’s most recent project is designing red, white and blue shells to hide around Bristol during Fourth of July celebrations.

Each shell painter has their own signature look, from playful garden gnomes to intricate crochet. The group has formed friendships around their shared hobby, swapping shells like the ones lining Leary Faria’s walls and supporting each other through tough times.

“We have tons of incredible, creative painters, from age 2 to 70 years old,” Scetta Arbige said. “It’s just absolutely amazing. And I’ve created friends, amazing friendships with so many people, and when my mom passed away in January, sitting down painting was one of the things that helped me destress.”

A face to face gathering

Scetta Arbige invited group members to meet, some for the first time ever, at Glen Park in Portsmouth earlier this month, an experience which she said helped “put a face to the shells.”

“Kindred spirits who love making and sharing art as a way of uplifting others met each other in person for the first time, coming from many local towns,” shell painter Laurie Heyden wrote in an email to East Bay. “It was a glorious moment of joy and fun. As all gazed upon the large picnic table of almost 150 shells, the beauty of self-expression was a sight to behold.”

As the Aquidneck Shells community continues to grow, Scetta Arbige encourages anyone who wants to get involved to try their hand at painting and shell-sharing, whether they are located on Aquidneck Island or not.

“Many of our shells have traveled across the world now,” Scetta Arbige said. “They’re everywhere.”