The Guild Warren opening on Sept. 1

The new brewpub owned by the Pawtucket brewing powerhouse The Guild, situated on the banks of the Palmer River in Warren, will open Wednesday, Sept. 1

The Guild Warren opening on Sept. 1 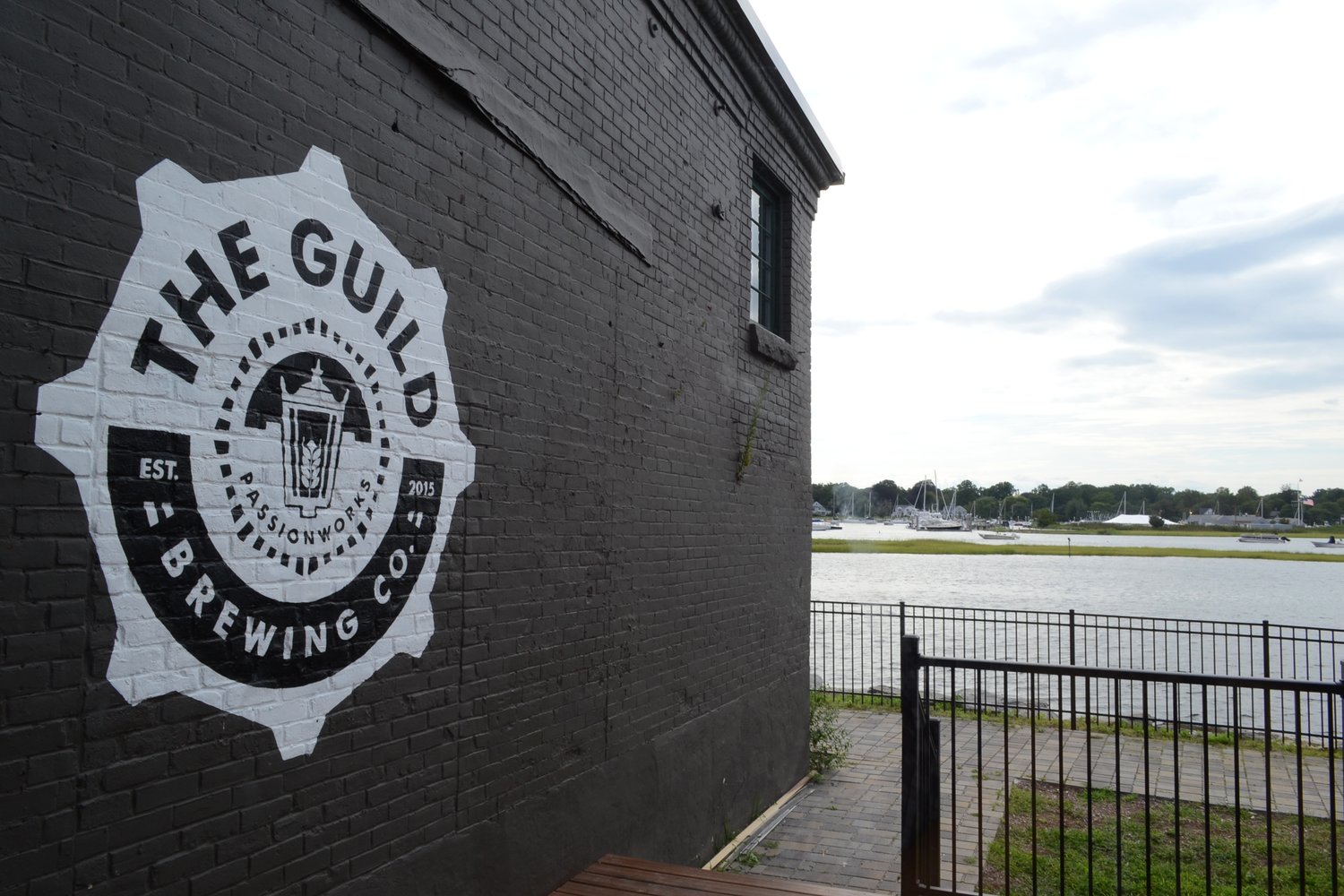 An outdoor patio area will seat an additional 40 patrons, with crisp views of the Palmer River and the Warren Bridge. 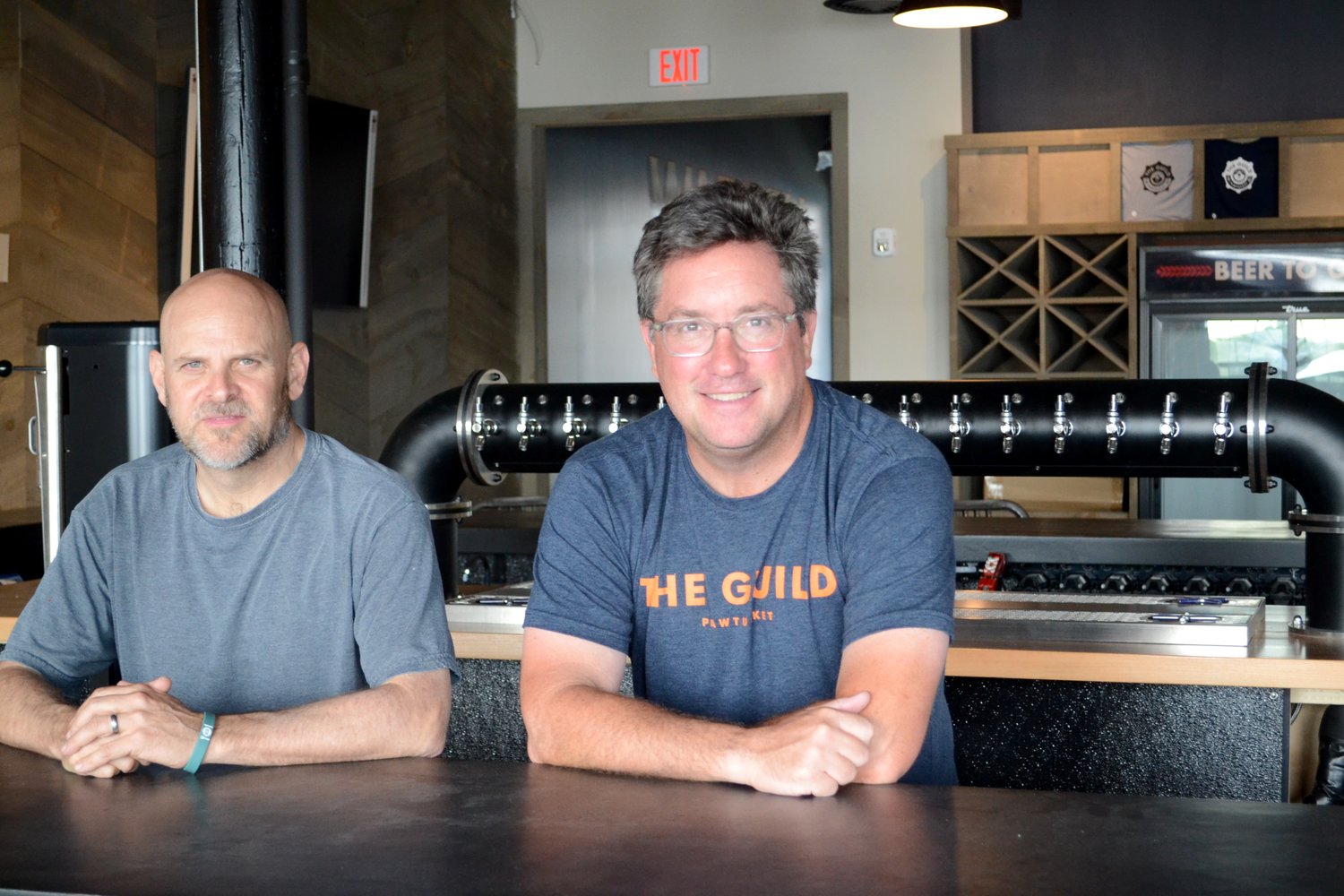 Jeremy Duffy (right), co-founder of The Guild, and Ed Levy, general manager of The Guild Warren, inside the new 140-seat brew pub on Water Street, which is set to open on Wednesday, Sept. 1
Photos by Ethan Hartley 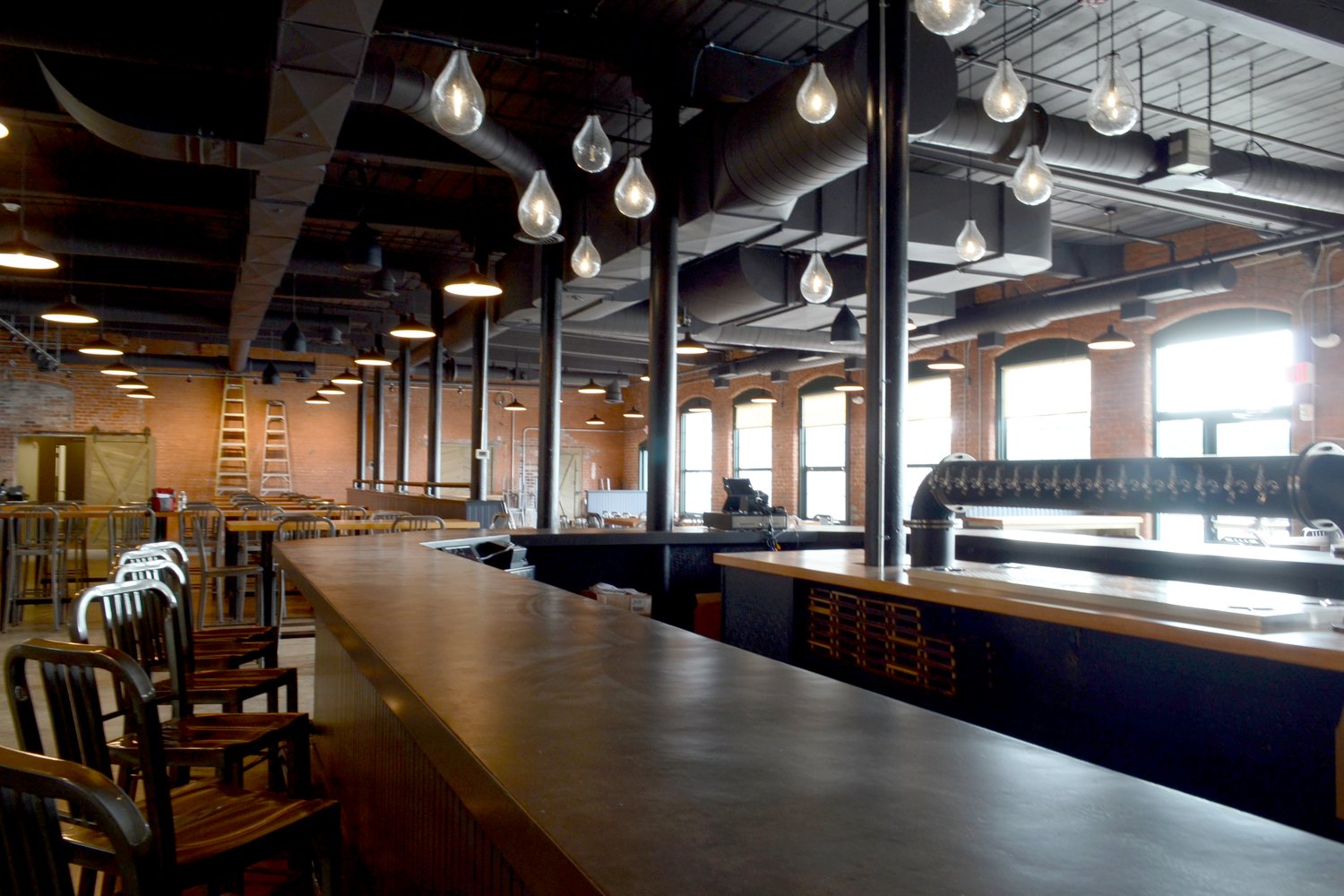 The Guild Warren houses a sizable bar with dozens of taps and an industrial aesthetic. 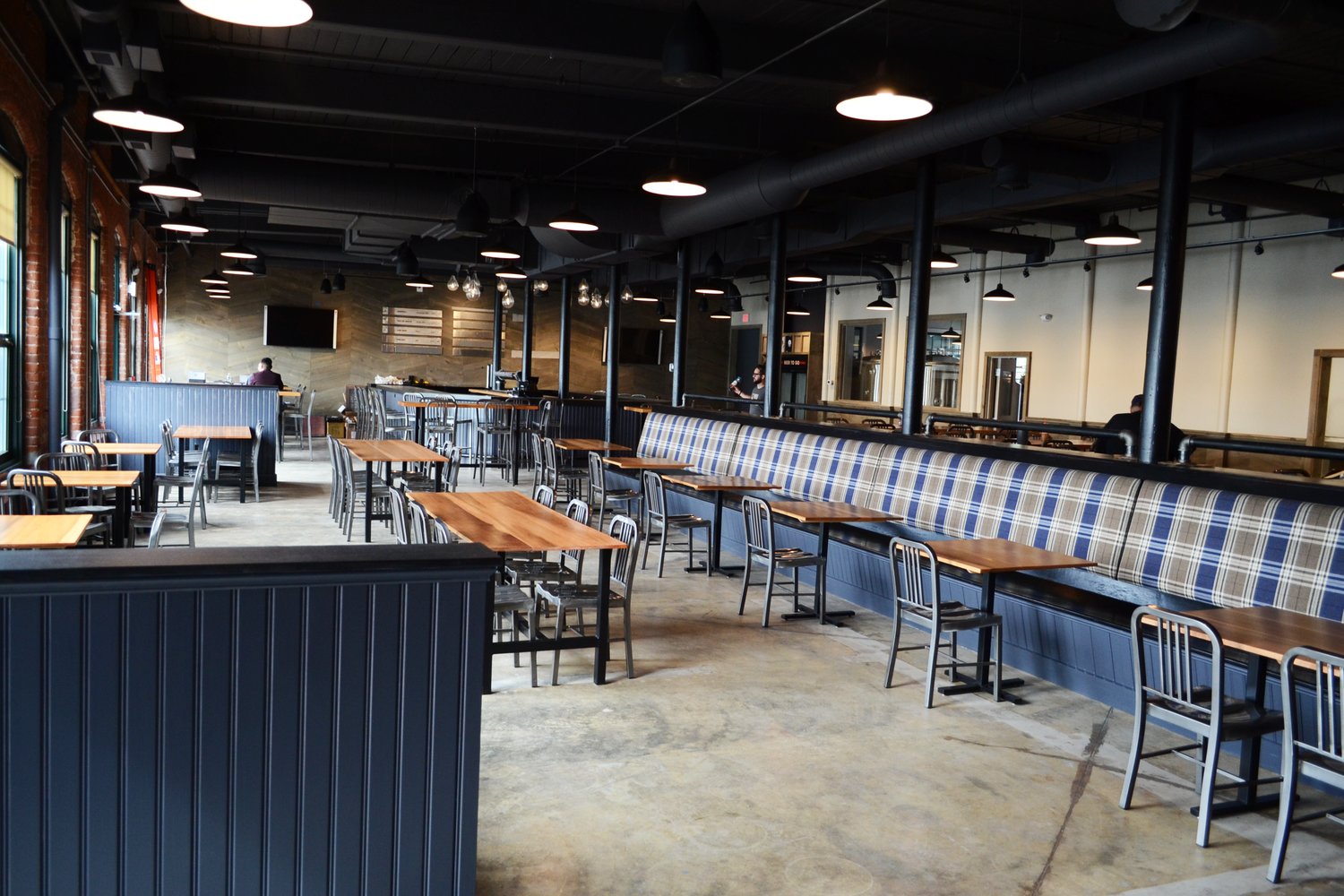 The inside will seat 140 patrons with a variety of communal seating options.
Previous Next
Posted Friday, August 20, 2021 4:08 pm
By Ethan Hartley

Since colonial times, Americans have congregated around a good meal and a pint of beer. The taverns of New England’s olden days hosted all types, from artistic groundbreakers and scientific inventors to revolutionary rebels that planned the first acts of defiance against the Crown.

The sleek, new brewpub located within the revitalized Tourister Mill complex at 99 Water Street in Warren — the newest addition to the growing portfolio of The Guild, which opened in Pawtucket in 2017 — may not match the classical description of a tavern, but co-founder Jeremy Duffy insists that establishing a similar communal vibe is just as vital to him as serving up a quality craft beer.

“We’re not egotistical in thinking that people just come for the beer,” Mr. Duffy said, who confirmed The Guild Warren will open officially on Wednesday, Sept. 1. “Beer is one of the platforms, but they’re coming to connect with friends and family and others. We’re all about community.”

As has become a common story, The Guild Warren was originally set to open in September of 2020 but was delayed due to COVID. With a large communal dining room capable of seating 140, and an outdoor patio that will seat 40 and overlooks a scenic stretch of the Palmer River, Mr. Duffy said it will be the perfect place for friends, families and perfect strangers to get together.

Opening a business that relies largely on big groups of people closely mingling and interacting might be a squeamish concept for the risk-averse in the midst of an era of social distancing and restricted occupancy numbers. But Mr. Duffy insists he is still “bullish” on the industry, and is optimistic for the future even as infection numbers, for the moment, skew in the wrong direction.

“I think what (COVID) taught us ultimately is appreciation and respect for one another and I think our ability to be safe, but still enter environments that we can really be together. I think we missed out on that a lot in 18 months. We missed weddings, graduations, birthday parties. I feel we’re still in a gray area right now, but we’ll begin to feel stronger.”

The best food street in RI?

The Guild Warren will jostle for position within a food-and-drink-crazy culture that has catapulted Water Street into one of the premiere culinary destinations in Rhode Island. Mr. Duffy, a Barrington resident, recognizes that there will be no room for mediocrity when it comes to serving their wares, whether they come on plates or in pint glasses.

“I think Water Street is the best food street in the state,” he said. “We need to make sure our food game is great, because it’s great out there. Not even from a competitive standpoint, but because the customers expect it.”
Mr. Duffy observed that since the second craft beer boom around 2008, diners have consistently demanded more quality from their food just as beer drinkers have craved more quality from their beverages.

“And this street is all about that — quality and fresh ingredients,” he continued. “When you come in here to have a beer, you know you’re going to have the freshest beer possible, because it’s coming right through that window.”

The brewpub will have a seven-barrel brewery on-site, where a majority of the beer brewed will be their own. This is a change of pace from how things work at their massive 100-barrel brewery in Pawtucket, where 90 percent of that is dedicated to brewing beer for their eight partner breweries from around the region. That collaborative model, which quickly made The Guild the largest brewery in Rhode Island by far (they brewed over 63,000 barrels two years ago, Mr. Duffy said), is what enabled their meteoric rise in just a few years to become one of the top 50 brewing producers in the United States.

But the Warren location will now serve as a laboratory for The Guild Brewing Company and their own personal creations, which will include a wide range of beer varieties and seasonal specialities that change with the weather.

“We’re gonna have some fun names to honor our place in Pawtucket and Warren. We’re going to have fun with it,” Mr. Duffy said. “So every time someone comes in here, they’re going to be able to try something different. I think that’s really cool.”

Head chef Stephen Lima said that customers can expect feel-good pub food like pork belly mac and cheese, zingy Asian-inspired cauliflower and a variety of sliders. Mr. Duffy calls it “craft comfort,” combining the elements of high-quality, locally-procured and fresh ingredients with the classic comforts of communal pub food. He said that all dishes will be sharable, and intended to serve many at a time.

“Going through COVID, we will never again take for granted the ability to make connections and be with the community,” Mr. Duffy said.