Barrington High School policy: cell phones are not to be used during class time

It’s a Friday morning at Barrington High School and the class is engaging in a group discussion — several students are working on their Chromebooks, some are speaking with the teacher, …

Barrington High School policy: cell phones are not to be used during class time 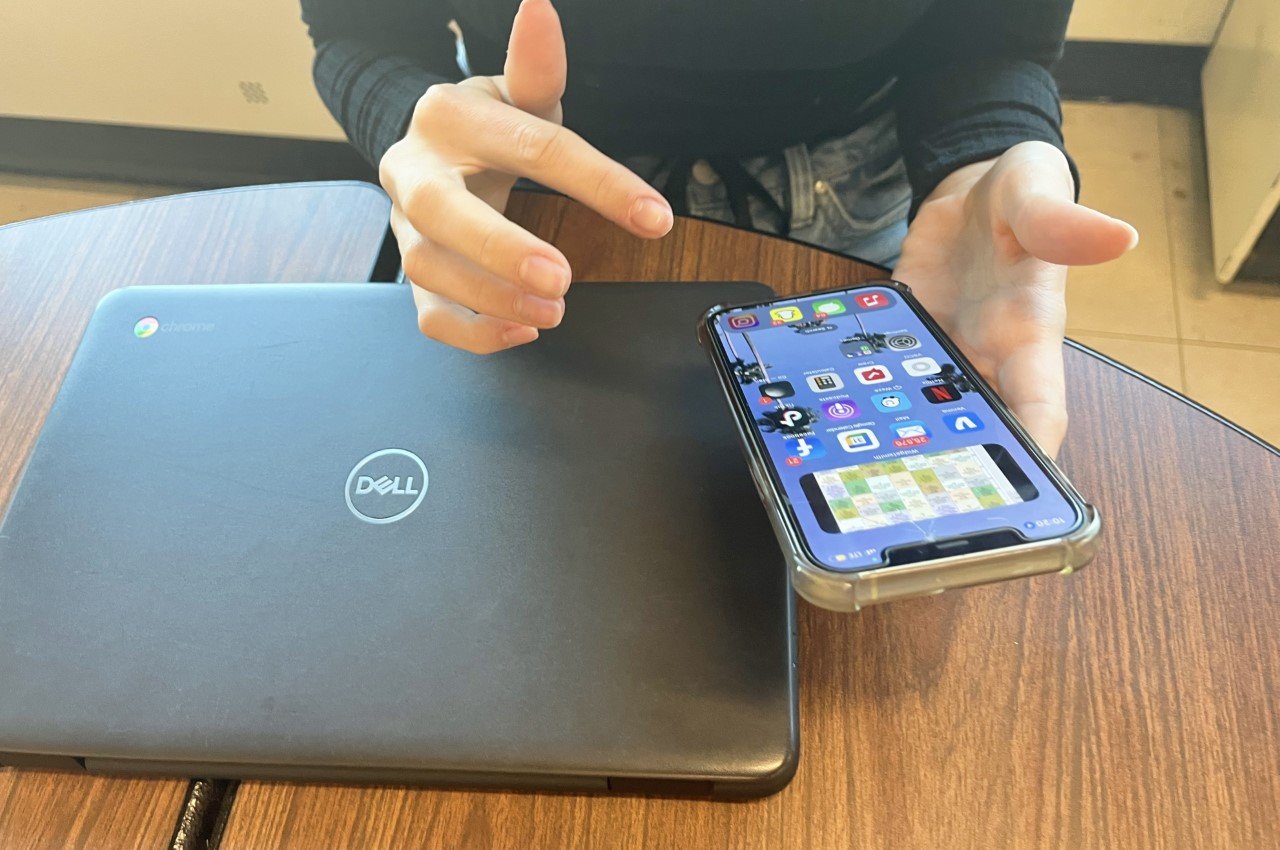 According to the Barrington High School student handbook, cell phones and other electronic devices are not to be used during class time “unless authorized by the teacher.”
Posted Wednesday, December 7, 2022 2:48 pm
By Amirah Woodruff

It’s a Friday morning at Barrington High School and the class is engaging in a group discussion — several students are working on their Chromebooks, some are speaking with the teacher, and one student is staring at her phone.

This school year, many schools are putting restrictions on phone use by students — some are completely banning them from classrooms, while others are only allowing students to use them when absolutely necessary. Schools like Mount Hope High School and Johnston High School are a couple of the few high schools in Rhode Island that are strictly enforcing prohibited phone use, requiring students to give them to the teacher at the beginning of each class.

Barrington High School has a clear-cut policy regarding cell phones.

According to the school handbook, cell phones and other electronic devices are not to be used during class time “unless authorized by the teacher.”

The policy further states that cell phone use : “… is not only considered a disruption of the educational process but also is a safety concern.”

The policy allows for students to use their cell phones in an area adjacent to the BHS office if there is an emergency.

Some Barrington High School teachers, such as Katharine Schoppel, have embraced the policy.

Schoppel, an English teacher, explained how she “invites” her students to put their phones away at the start of each class period in order to be attentive.

“If the phone is on the kid’s desk it’s a temptation and distraction and an invitation to not be present,” Schoppel said. “I always say put them in a bag with a zipper that works.”

Schoppel added, however, that she believes phones “can be used to enhance a lesson when used appropriately.”

As for the school’s cell phone policy, Schoppel said, “It’s hard to enforce a phone policy… phones have their use…but I'm aware of their drawbacks…it’s a difficult policy to enforce.”

Similarly, Kevin Blanchard, the Talon advisor and chair of the BHS English Department, feels that phones can be useful yet distracting.

“I tell my students to put them away and silence them at the beginning of every class,” Blanchard said.

The long-time Barrington High School teacher said there needs to be a balance when it comes to cell phones.

“Contemporary society sort of enforces that phones are a necessary part of life…I don’t think that I would go as far as a cell phone ban, but I think students should understand that there’s really no place for those in the classroom,” he said, “(unless) the teacher plans on incorporating it into their lessons.”

Barrington High School students have their own opinions when it comes to cell phone use inside the classroom.

Liliana Ingham, a senior at the high school, said there should be a middle ground.

“I think that it should be acceptable with guidelines,” she said.

Other students agree that cell phones are necessary but understand the important role the school’s policy plays.

“I think it’s fine how it is now” said Jenna Alba, a student at BHS, “but if you’re on your phone for 10 minutes at a time, then it makes sense why’d they tell you to get off your phone.”

Amirah Woodruff is a student at Barrington High School and is completing her senior project with the Barrington Times.