Sylvia was the daughter of the late … 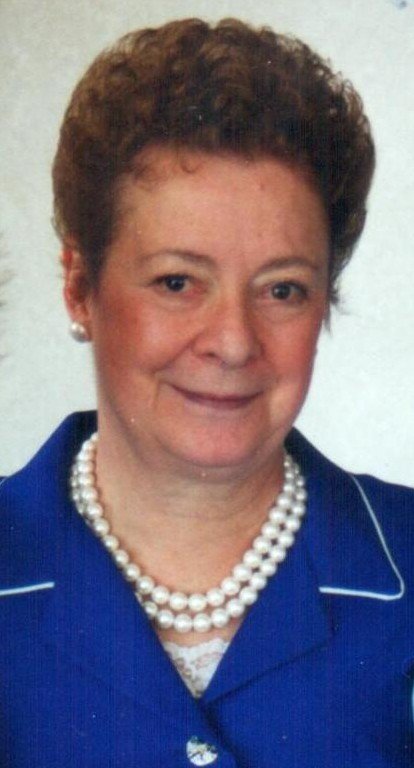 Sylvia was the daughter of the late Calvin and Isabelle Birkenfeld of Bremerton, Washington.

Sylvia leaves behind her daughters Deborah Arruda of Bristol, R.I., Valerie Arruda of Riverside, R.I. and her grandson, Ricky Arruda-Cavallaro of Seekonk, Mass.

Sylvia met August Arruda Jr. in Bremerton, Washington while his ship was being decommissioned. They married and moved to Bristol in 1956. Sylvia was a member of the Junior Women’s Club and she met many people through that when she first came to Bristol.

Sylvia worked at Industrial National Bank in Bristol and supported her husband while he went to school on the GI Bill. Sylvia helped her husband build Arruda’s Accordion School in Warren, R.I. She did the scheduling, the recruiting, the bills and more, all while being a mother and running the business from home. She also helped organize the ATARI (Accordion Teachers Association of RI) contests and helped organize all the fund-raisers for the 40-piece Arruda Accordion Band for their yearly trips and National Competitions. The Accordion Orchestra went to Portugal twice, in 1973 and in 1977. Many of the accordion students called her “ma” or “Mrs. A”. She helped her husband grow the business and they had a studio in East Providence, R.I. and Fall River, Mass.

Sylvia went on to work at RI Hospital Trust in Providence, and the bank went through many name changes, including Bank Boston, Fleet Boston, Sovereign and finally ended with the name of Santander. Sylvia worked in customer service for the bank for 30 years and trained many people.

Sylvia also worked to get her Realtor’s License and worked for a while selling houses.

Sylvia converted to Catholicism and came into the Church around 1959. Sylvia loved her instructor, the late Mother Maria Nazare Bezerra and who was a Sister of St Dorothy, and she stayed in touch with her until her death. Sylvia had a special devotion to the Blessed Mother & St. Jude.  She had her daughters consecrated to the Blessed Mother when they were baptized.

Sylvia loved cooking and baking. People loved her brownies and pies. Sylvia enjoyed crocheting and made many afghans through the years. She would sew her daughters’ uniforms for St Elizabeth’s school.  Her mother-in- law, Alice Arruda, taught her how to cook Portuguese food when she arrived in Bristol, R.I. August Arruda Sr. and Alice Arruda always called Sylvia their daughter-in-law, up to the time they died. They became her other parents, and she always called them Dad & Mom.

Sylvia took 13 weeks out of work to care for her 32-week-old, premature grandson, Ricky, whom she loved dearly. He was always the apple of her eye.

Sylvia was the last “original” person living in her neighborhood in Bristol. Sylvia was an honest, loving, classy, faithful woman, who loved God and her family.  She will be missed by many people.

Visiting hours will be Sunday, Nov. 21, 2021, from 2 to 5 p.m. at Sansone Funeral Home, 192 Wood St., Bristol, RI.  Relatives and friends are invited to attend a Mass of Christian Burial on Monday, Nov. 22, 2021, at 10 a.m. at Our Lady of Mt Carmel Church, 141 State St., Bristol, RI, followed by burial in North Burial Ground, Bristol, RI.  Flowers are welcome. Please have Masses said for Sylvia’s soul and please pray for her family.