Suicide prevention advocates say that progress is not happening fast enough on a measure to prevent suicides from Rhode Island's prominent bridges. 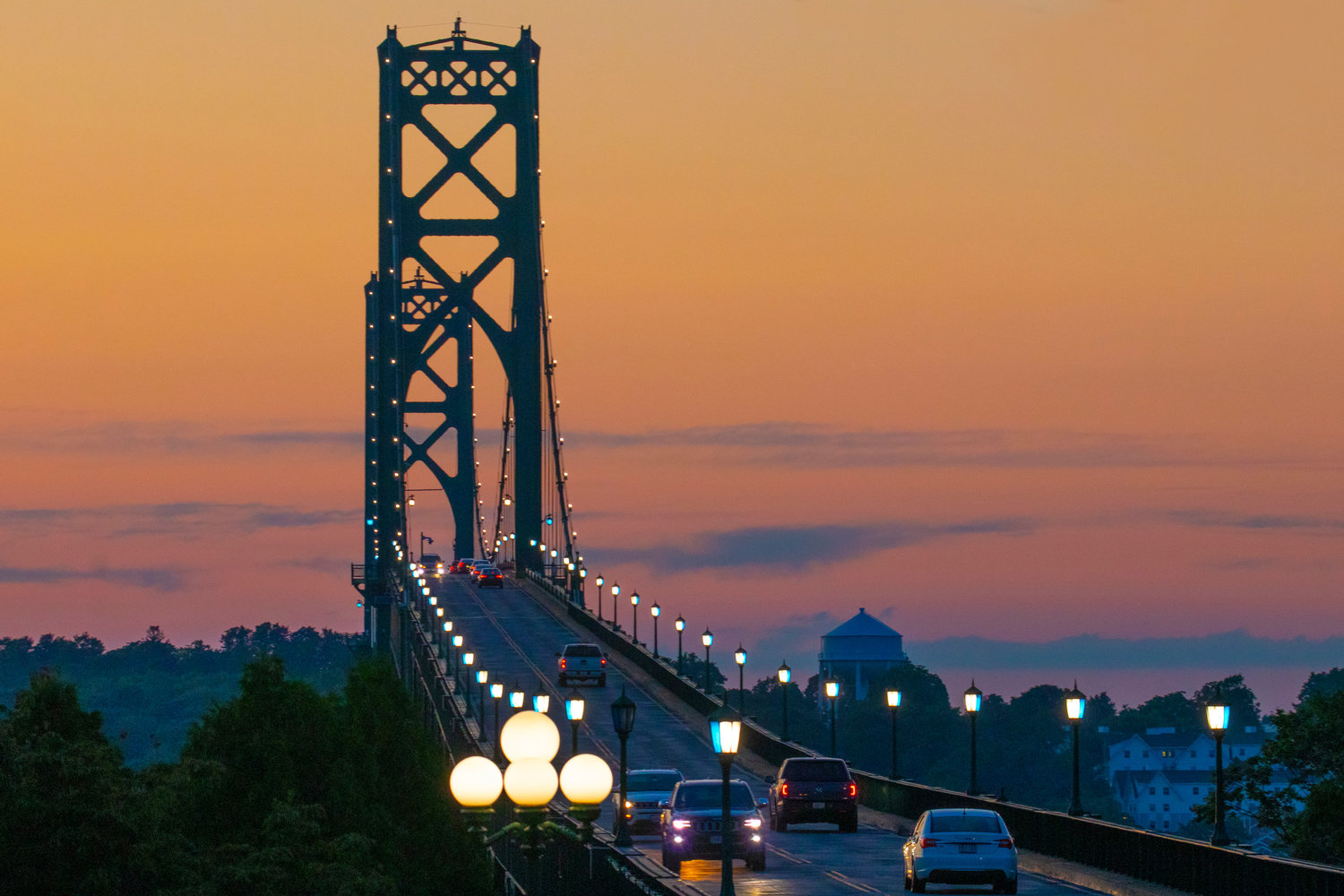 The Mt. Hope Bridge will be subject to a feasibility study for the possible construction of anti-suicide barriers.
Richard W. Dionne Jr.
Posted Wednesday, November 23, 2022 11:25 am
By Christy Nadalin

Last year the Rhode Island Turnpike and Bridge Authority (RITBA) selected a company, Atkins, to prepare feasibility studies for building suicide prevention barriers on the four bridges under their purview: Mt. Hope, Jamestown Verrazzano, Newport Pell, and Sakonnet River. The full bid was for about $1.5 million, with the studies on the two suspension bridges anticipated to be more expensive than for the other two.

Both RITBA and barrier advocates anticipated receiving the funding needed to complete all four studies, but when the budget dust settled, only $1 million was allocated from the American Rescue Plan Act (ARPA) funds that Rhode Island received from the Federal government.

“I’m not sure how that happened,” said Melissa Cotta, cofounder of Bridging the Gap for Safety and Healing. Cotta has been calling for the installation of barriers for nearly seven years, since she witnessed a person leave the deck of the Mt. Hope Bridge.

“At first I was told that the additional $500,000 needed would be found, and now I’m being told it was never put in the budget in the first place, which doesn’t make sense, since they already had the bid from Atkins and knew how much it would cost…that $500,000 is there somewhere.”

According to Eric Seabury, RITBA’s Engineering Director, the more complicated design of a suspension bridge makes for a much more complicated feasibility study. Wind analysis, for one, is critical to the Mt. Hope and Pell studies, and not a factor for the other two bridges, which are rigid concrete structures.

“Statistically, there is no compelling reason,” he said, noting that when they looked at the statistics they thought one of the bridges would reveal itself as being the obvious candidate, but that was not the case. Numbers, both of people leaving the decks of the bridges, and costs of the studies, were similar.

“We are poised to proceed with the other two bridges as soon as we receive the rest of the funding,” added Seabury. In the meantime, the final paperwork for the two immediately pending studies should be in order this next week, with the studies scheduled to begin in January and yield final results in February, 2024.

For Cotta, the bottom line is that time spent equals lives lost.

“RITBA has had Atkins on the line for a year, and in this past year we have had at least 10 people die on our bridges,” she said. “More deaths are going to happen. They could be doing more. It could be moving faster.”