Jamestown resident Sharon Gold has a wealth of information about the dangers of car idling that she wants to share with others, especially those she sees sitting in parked cars with their engines … 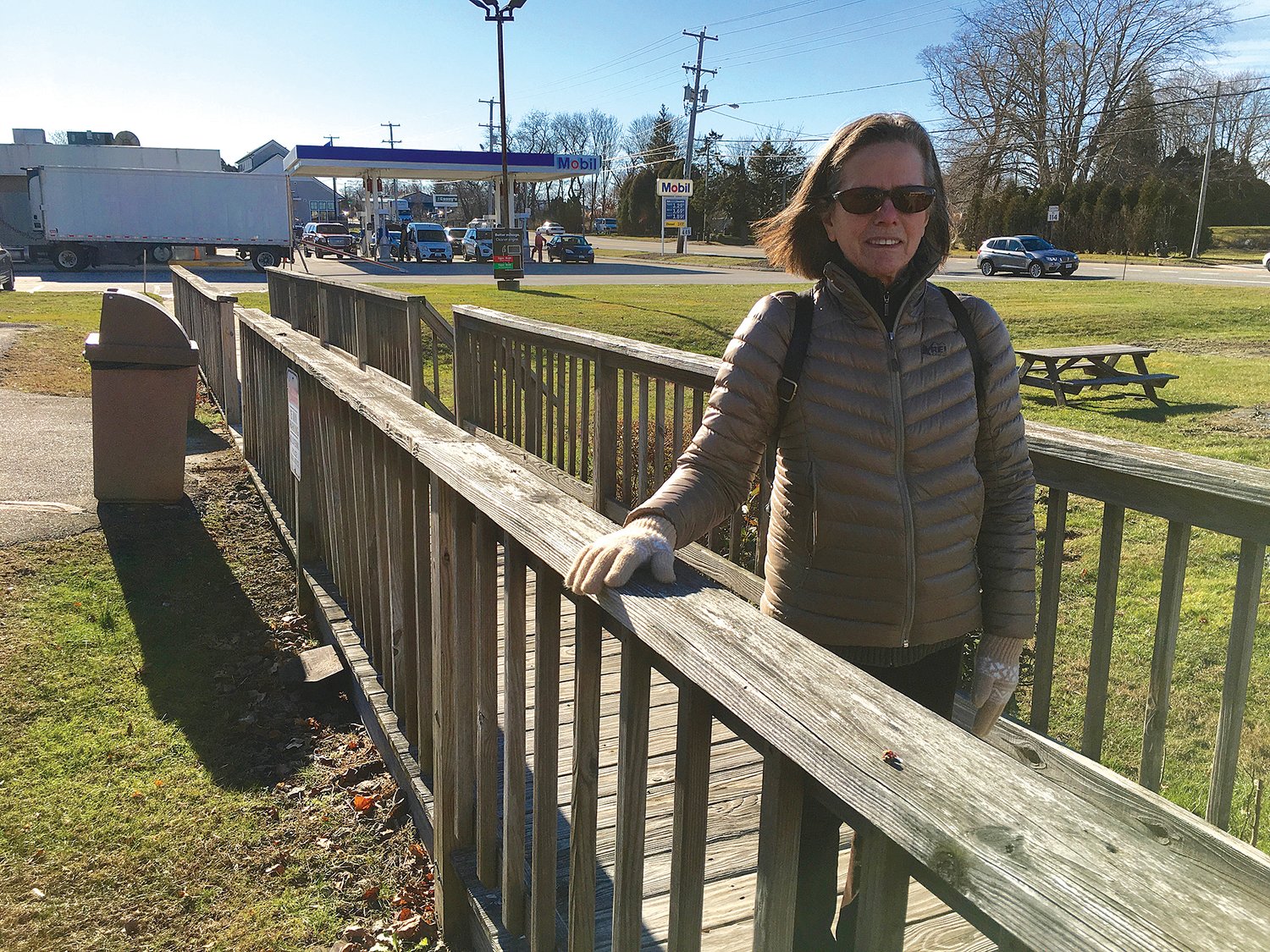 Sharon Gold, shown outside of a busy gas station and intersection in Portsmouth, often walks up to motorists who are sitting inside a running but parked vehicle and tries to educate them on the health and environmental impacts of idling. Some of those conversations go well; some do not. 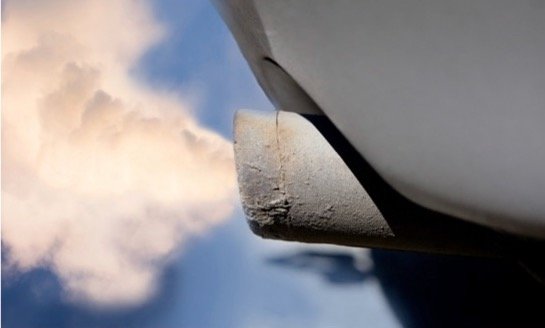 According to the U.S. Department of Energy, vehicle idling wastes about 6 billion gallons of fuel annually in this country. Personal vehicles are responsible for about half of that, producing an estimated 30 million tons of CO2.
Previous Next
Posted Wednesday, January 5, 2022 11:37 am

I’m very passionate about saving our planet. If people see that by changing a few simple habits they can make their own impact, maybe they will try.”
Sharon Gold
By Lucy Probert

Jamestown resident Sharon Gold has a wealth of information about the dangers of car idling that she wants to share with others, especially those she sees sitting in parked cars with their engines on.

“Idling pollutes, endangers our health and is expensive,” says Gold, 74. “For the past decade my goal has been raising public awareness by simply asking people to turn off their engines when they’re parked. It’s really the least we can do to help preserve this beautiful place we love.

Gold approaches about 20 people in their vehicles per week and has had mixed reactions. “Some tell me to mind my own business and others, unaware of idling dangers, are receptive,” she says. As an educator for many years (and more recently before retiring, a career coach from Johnson & Wales University) Gold’s focus has been on environmental education, teaching about the dangers of global warming and climate change.

“I live in a condo in Jamestown across the street from the Bay and in the summer, I can’t keep my windows open because I have black stuff on my floors from cars idling outside overlooking the water,” she says. “It hits home when it’s literally in your own front yard.”

The facts about idling

The facts back up Gold’s appeals: According to the U.S. Department of Energy, idling from trucks and cars combined wastes about 6 billion gallons of fuel a year, about half of which is attributed to personal vehicles, generating around 30 million tons of CO2 or carbon dioxide annually. And the transportation sector is responsible for nearly 30 percent of greenhouse gas emissions, more than electricity and industry production, according to the Environmental Protection Agency.

These emissions are particularly harmful to children. Idling near where they gather, like schools, fields and parks can be especially hazardous because, according to the Department of Energy, vehicle emissions are more concentrated near the ground, closer to where children breathe, contributing to asthma and other ailments.

Some of the pushback Gold gets from drivers has proven to be untrue. It’s a myth that a car needs to be on and running to warm up on a cold day, according to the Department of Energy. Driving helps vehicles reach their ideal temperature faster than idling while parked. And there is no need for concern about turning cars on and off frequently; today’s gasoline and diesel-powered vehicles have starters and batteries that are much more durable than in the past.

For newer vehicles, the good news is many low-emission and hybrid cars now come with anti-idling features such as stop-start systems, which shut the engine down automatically when the car is in gear but not moving, to help save gas.

Many may be surprised to know that Rhode Island actually has an anti-idling law. It is illegal to idle a diesel vehicles for longer tthan five minutes an hour, but the law does not apply to gasoline-powered cars. Some communities have passed anti-idling resolutions to encourage residents to curb idling habits.

While Gold has helped write and pass such resolutions for both Jamestown and South Kingstown, implementation has been basically nonexistent.

“It’s been very frustrating,” she says.

The resolutions include encouraging gas or diesel-powered drivers to turn off their engines at schools and school related events, maintaining town vehicles to eliminate visible exhaust and unnecessary idling, and designating idle free zones in places such as parking lots, libraries and drive-through lines. “Resolutions can be passed, but if they’re not encouraged or followed up on, they’re meaningless,” she says.

Pushback from the public

Among the worst idling spots Gold has found locally are drive-through lanes where cars may be waiting in line for several minutes for a fast-food meal, a cup of coffee or a prescription. “Imagine the person working in the window of a drive-through or simply walking nearby and the amount of fumes he or she is taking in. Just park your car and walk inside. It’s really not much to ask,” she says.

Other frequent idlers include police and construction vehicles that sit running for long periods of time. Gold has talked to drivers of ice cream and FedEx trucks and even called the corporate offices of CVS to try to get them to have drivers turn off their engines while unloading, but she has had little positive response.

“Last summer I approached a man parked overlooking the Bay, on his phone with his car idling and told him I was working with the town of Jamestown writing a resolution to make people aware of the dangers of idling and could he please turn his engine off while he was parked. His reply: ‘See that tanker out there on the Bay, why don’t you talk to that guy?’ ”

Her frustration, she says, is individuals who don’t see how changing their behavior helps the community as a whole. “There is some arrogance there,” she says.

Does Gold feel her efforts are making a difference? “I have always loved Jane Goodall’s quote: ‘You cannot get through a single day without having an impact on the world around you. What you do makes a difference, and you have to decide what kind of difference you want to make,’ ” she says. “I’m very passionate about saving our planet. I know just me doing this isn’t enough, but if people see that by changing a few simple habits they can make their own impact, maybe they will try. Does it make me Miss Popularity? Probably not, but I’ll keep going, because I know  it’s the right thing to do.”