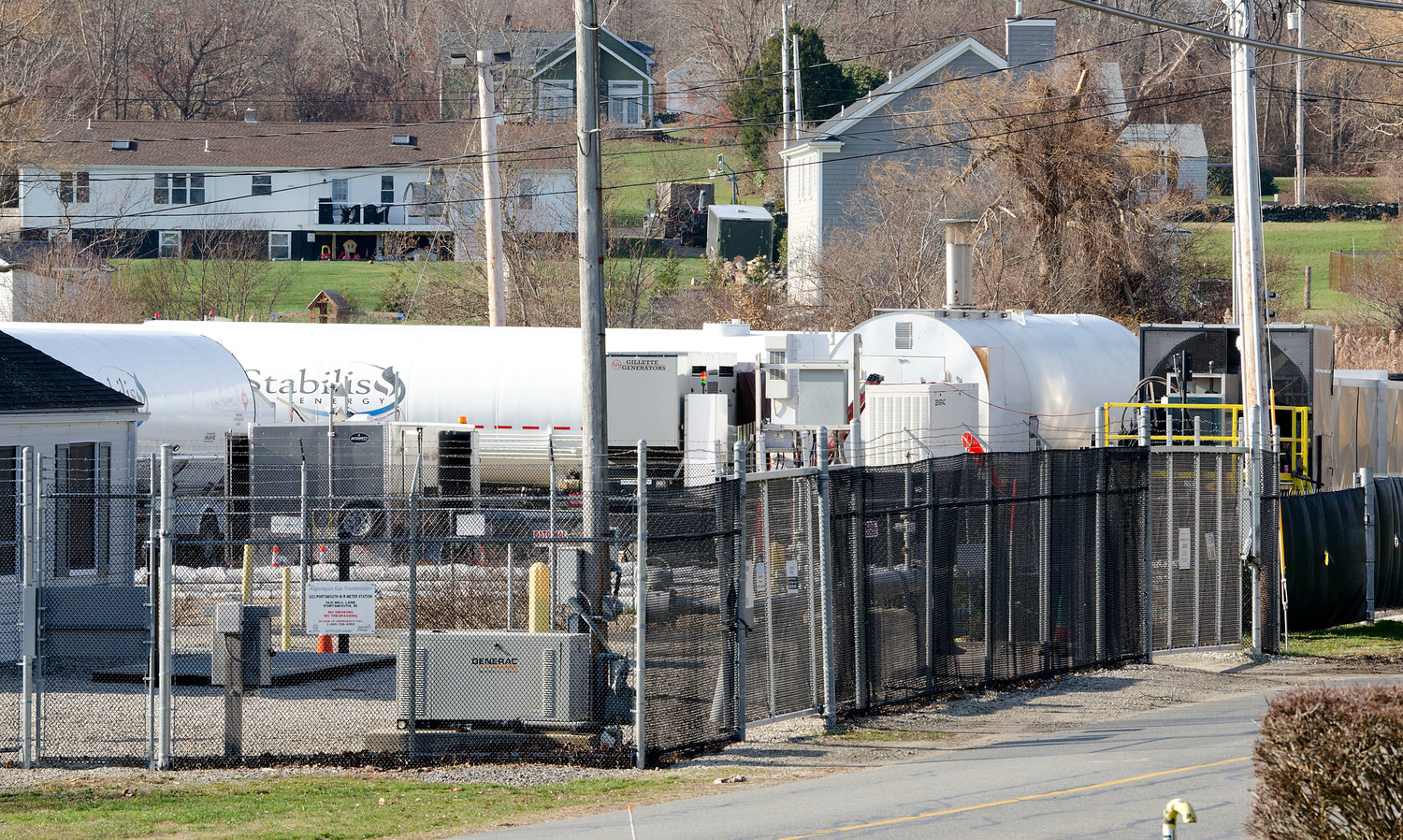 The R.I. Energy Facility Siting Board has ruled that National Grid’s LNG facility on Old Mill Lane is a major energy facility as defined by state law, and therefore within the board’s jurisdiction.
Richard W. Dionne, Jr.
Posted Tuesday, December 22, 2020 8:12 am
By Jim McGaw

Thoroughly rejecting the company’s argument that the Old Mill Lane equipment is used only during the cold-weather months as a backup and therefore not a major energy facility subject to EFSB review, the three-member panel voted unanimously to reject National Grid’s petition to waive jurisdiction, and ordered the utility to file a full application no later than June 1, 2021.

The siting board on Jan. 8 granted the company a waiver to operate the site for two winters to ensure reliable natural gas service to Aquidneck Island; that order runs through the end of March 2021. The site is up and running from Dec. 1 to March 31, and National Grid promises to return the facility to its original state in April of each year it is operational.

Oral arguments on National Grid’s petition for the EFSB to waive jurisdiction were heard on Dec. 10. The towns of Portsmouth and Middletown both intervened in the proceedings and argued the state statute is clear: The Old Mill Lane site is a major facility that merits EFSB scrutiny.

The board agreed on Friday.

“We have a threshold issue, obviously, as to whether we have jurisdiction,” said EFSB Chairman Ronald Gerwatowski. “From my perspective, the statute is very clear that LNG facilities are major energy facilities; there’s no ambiguity about it. The language says facilities for the conversion, gasification, treatment, transfer or storage of liquified natural and liquified petroleum gases — pretty straightforward language there.”

“In fact, today I don’t think there’s any need to rule on the extent to which a temporary facility would be jurisdictional because National Grid, from my perspective, didn’t even meet its own suggested standard. It didn’t do a very good job of convincing me that it was temporary in any sense, really. The facility is part of its long-range gas plan to preserve a viable and safe supply for Aquidneck Island for many years,” he said.

Later on in the meeting, Mr. Gerwatowski pointed to National Grid’s Aquidneck Island Long-Term Gas Capacity Study, which lists eight different longterm options the utility is considering to ensure reliable service so that another major outage, like the one in January 2019, doesn’t happen again. No matter which alternative is chosen, all approaches require some degree of reliance on Old Mill Lane, he said,.

According to a chart on page 13 of the study, “even with aggressive ramp-up of demand-side programs, the portable LNG will be likely needed for an estimated 13 more winters before it can be replaced by demand-side measures,” Mr. Gerwatowski said.

Furthermore, he said, “National Grid argues that if this facility is jurisdictional, then they could not respond to emergencies. For me that’s entirely unpersuasive.”

The proposed use of the facility in Portsmouth was certainly an emergency in January 2019, Mr. Gerwatowski said. “But now, it’s here for a multi-year solution for an uncertain number of years. A ruling that these facilities are jurisdictional has nothing to do with the mobilization of LNG facilities for an emergency. So, I don’t see any ruling we make here effecting any decision we make in the future on whether something’s an emergency or not any whether it’s jurisdictional,” he said.

“The statute is clear; you can’t wish it to be different,” she said. “And it’s clear that the facility, while temporary in nature each year, is something they’re planning to use year in and year out. This board had its back against the wall in 2019, and even at that time when we granted the waiver, I thought it was jurisdictional and anticipated National Grid coming forward with an application.”

“In viewing this from a planning perspective, if you had housing that was only being used part of the year, it wouldn’t be temporary, it would be seasonal. So, I see this as a seasonal use,” she said, adding that National Grid “largely argued themselves out of their own arguments at our public meeting last week.”

Although they set the deadline for National Grid to file a full application by June 1 — the company could face fines if tardy — members said they hope to see something sooner than that.

National Grid is also encouraged to include a motion to extend the waiver at Old Mill Lane for another year at the same time it submits the application. Ms. Coit, however, said she’d like to avoid granting such a waiver, while noting the board would act “pragmatically” in the event of an emergency.

After the vote was taken, Mr. Gerwatowski again referred back to the gas capacity study, which states that every solution National Grid lists is for a 13-year period — including Old Mill Lane.

“I’m thinking to myself, this was pretty pertinent when we were considering the oral argument and yet this was never included in the petition, which was dated September 2020. So it’s troubling that when we had the question of whether it’s temporary, that we didn’t have this with us — and I’ll just leave it at that,” he said.

He also questioned the study’s findings that non-infrastructure solutions — converting customers over to heat pumps and adding insulation, for instance — would cost $190 million but still require the Old Mill Lane facility for 13 more years.

“That’s not coherent,” he said. “That is just really, really odd.”

Ms. Coit said no matter what longterm solution National Grid comes up with, it appears the Old Mill Lane facility will be around for at least another 13 years.

“That’s a long period of time,” she said.

The Portsmouth Town Council, in a Nov. 30 letter to National Grid that was approved unanimously, requested that the company discontinue the use of the Old Mill Lane facility as soon as possible. In addition, the council asked the company to institute a moratorium on new gas hook-ups, incentivize alternatives to natural gas and accelerate programs to reduce natural gas demand.

The Old Mill Lane facility is located within a residential neighborhood, and neighbors have expressed concerns over safety, noise and lighting.