Signs of support pop up for Dr. D throughout Bristol, Warren

The show of solidarity for Dr. D was initiated by Nina Murphy, a Bristol parent of an incoming Mt. Hope senior and another student who has since graduated from the high school.

Signs of support pop up for Dr. D throughout Bristol, Warren 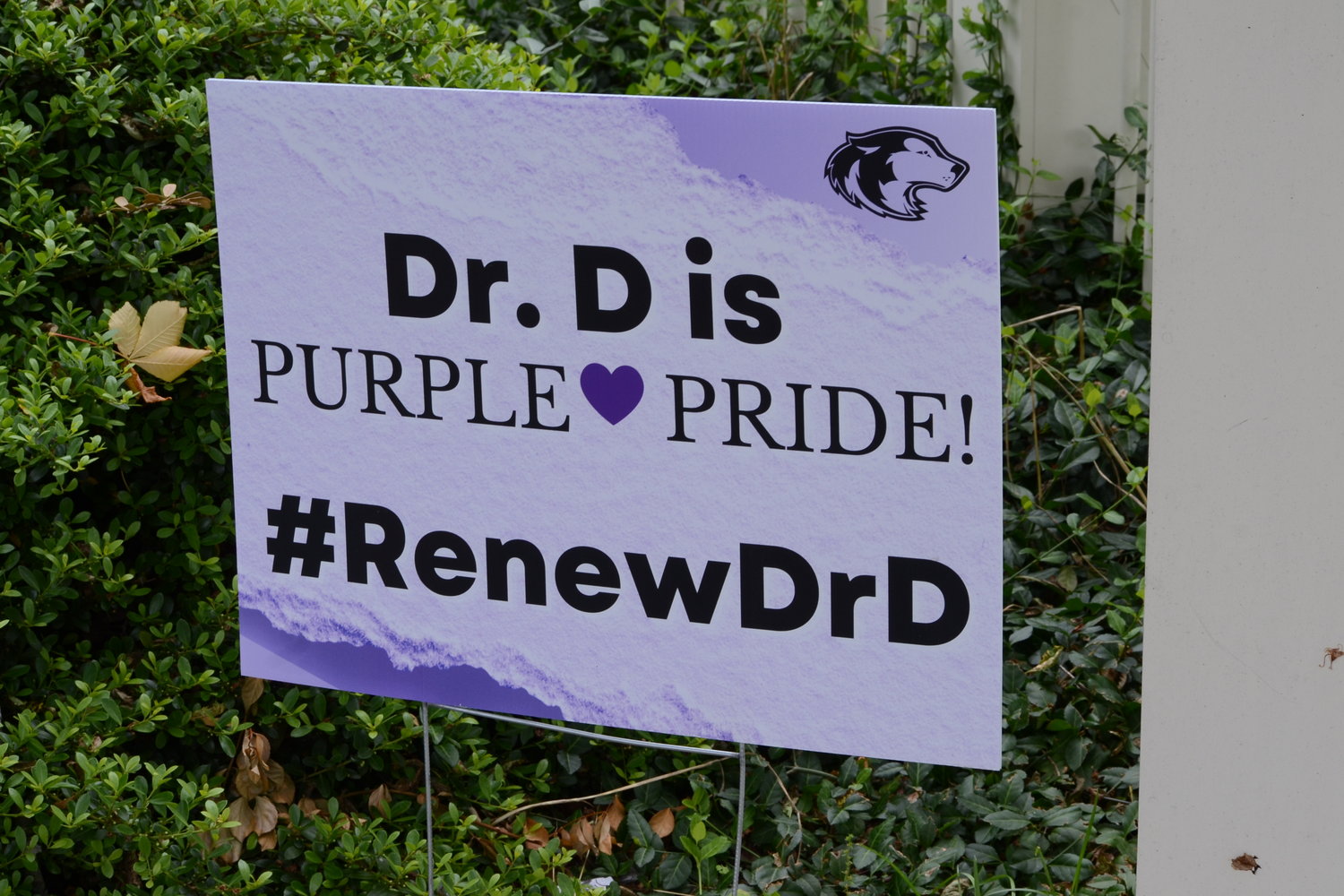 Signs supporting the renewal of Dr. Deb DiBiase’s contract as principal of Mt. Hope High School have begun to pop up around Bristol and Warren.
Ethan Hartley
Posted Thursday, June 16, 2022 11:44 am
By Ethan Hartley

Throughout Warren and Bristol, lawn signs declaring their support for Dr. Deb DiBiase, Principal of Mt. Hope High School, have begun popping up in front lawns. The show of solidarity for Dr. D, as she is known throughout the community, was initiated by Nina Murphy, a Bristol parent of an incoming Mt. Hope senior and another student who has since graduated from the high school.

“Everyone was blindsided by the news that Dr. D’s contract, the state’s 2021 Principal of the Year, may not be renewed. I thought it was important that in addition to emails and calls to School Committee members and Superintendent [Ana] Riley, we show our support on a visible scale across the Bristol Warren communities,” Murphy said. “I had the opportunity with Hill House Graphics and a group of parents to purchase some lawn signs in support of Dr. D.”

That vote regarding the contract extensions of school administrators, including Dr. DiBiase, was originally thought to be held this past Monday during the committee’s June 13 meeting. However, that has become a bit of a moving target.

“Originally we had been told the vote would be June 13, then over the weekend it was going to be June 27, and as of last night it’s next Monday, June 20. Had we known that it was not on June 13, we would have had more time and would have ordered more signs,” Murphy said. “It’s been quite overwhelming how many people from different circles — current parents, parents of alumni, KMS parents, students, teachers, and random citizens want signs. I had people crossing streets, waving me down, asking how can they get these signs…I have been involved with this district since the early 2000s and I have never seen such affirmation for the work of one administrator.”