School board and Brice bristle over budget cuts

District must cut $2.3 million from budget, but subcommittee members say details are lacking

School board and Brice bristle over budget cuts

District must cut $2.3 million from budget, but subcommittee members say details are lacking 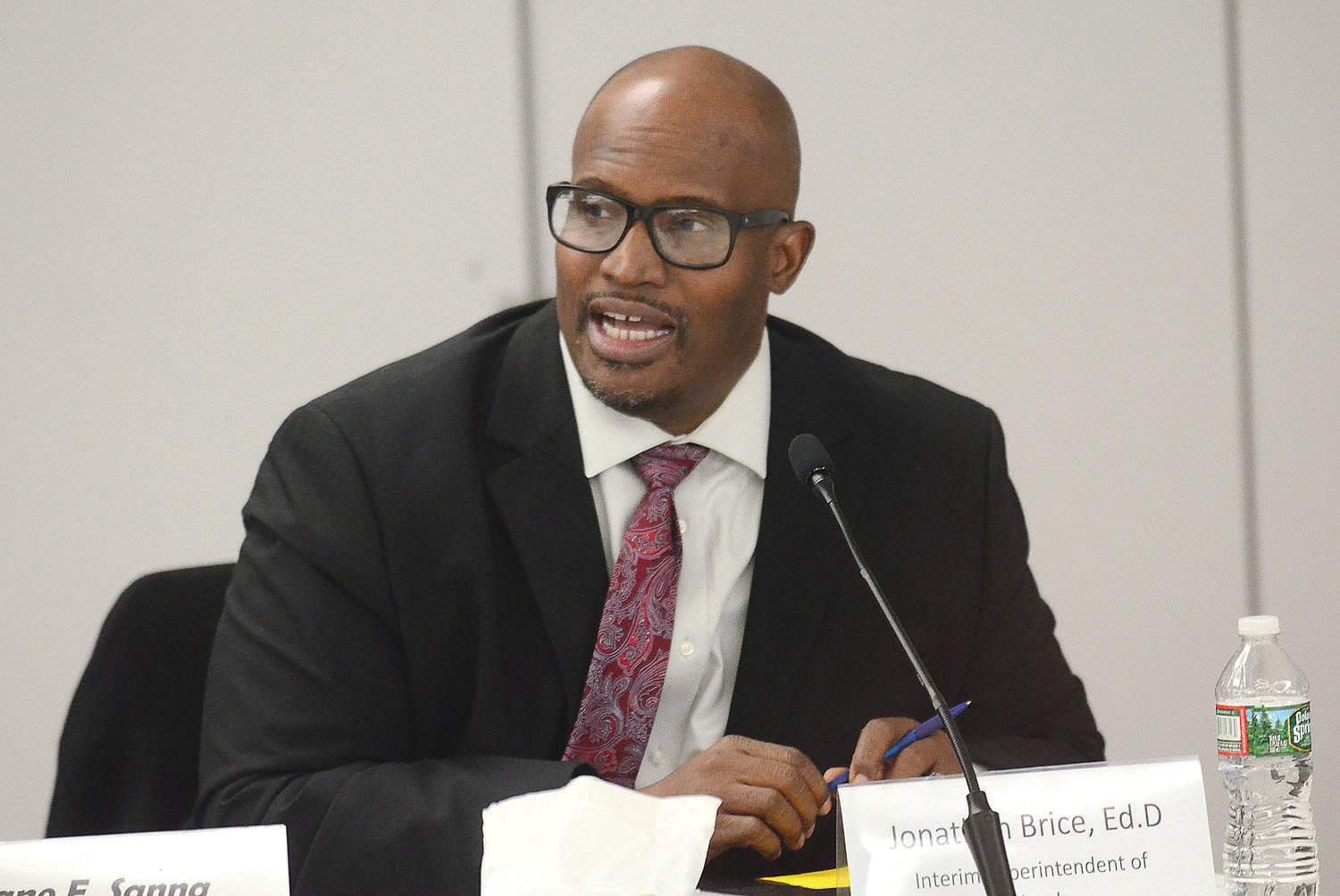 The 2021-22 budget was the only item on the committee’s budget/facilities subcommittee agenda, but after nearly an hour of discussion, members appeared dissatisfied with the depth and detail of answers provided by the superintendent, and instructed him to get the information they want for the next subcommittee meeting scheduled for Monday, May 3.

“I want to see where the cuts are coming from ... before I make a decision,” said subcommittee member Tara Thibaudeau of Warren.

Earlier this spring, Dr. Brice laid out a long list of cuts that will need to be made, including the elimination of 23.5 positions, to overcome a $2.3 million shortfall. On Monday evening, he shared an overview of where those positions would be eliminated, showing committee members a chart (see below) showing the staffing reductions at each school and throughout the district’s administration and staff.

Eliminating those positions, he said, would cover approximately $1.5 million of the shortfall. The rest, approximately $700,000 to $800,000, come from “supplies and materials and other things we’ve already talked about.”

Committee members were nonplussed, and several said they had been under the impression that each individual cut would be gone over at the meeting, with explanations and information presented on each possible impact.

When questioned for details on the non-employee budget cuts, Dr. Brice said they include reductions in sports and other areas. He did not cite specifics, after noting earlier in the meeting that fully preparing for the presentation proved difficult, as a large percentage of his staff was not working during school vacation week. He added that he believes the information members are seeking has already been presented over the past several months.

“The idea that somehow members of the budget/facilities subcommittee have not seen the proposed cuts is not quite accurate,” he said.

“There needs to be a list that totals $2.3 million,” Ms. Carroll said. “For you to say to the school committee, ‘I’m taking $700,000 out of supplies’ is absolutely not enough information. I think they need a list; then they can ask their questions. They don’t have a list in front of them.”

“I just feel like we need more detail,” subcommittee chairwoman Sheila Ellsworth said. “We need to understand how this impacts our kids, period.”

Dr. Brice said he will work to have all the information by this coming Monday, but he defended his presentation, saying the information he had given them that evening was “the same numbers that we’ve seen multiple times.

“So let’s give you that again.”

Subcommittee members also pressed Dr. Brice to provide information Monday on revenues, state figures and other data, plus analyses of what the cuts would mean on the ground.

For instance, Ms. Ellsworth said, it’s not enough to say that teacher positions will be cut; just as important is including information on which classes will see cuts to help determine the impact on students, particularly at the district’s elementary schools.

Dr. Brice said that prior to the meeting it was difficult to illustrate which classes could be impacted throughout the district, as high school students had not yet made selections until earlier that day.

“I saw the first run of student selections this afternoon,” he said. “We will provide that information to the entire school committee.”

In general, he said there is no doubt that some class sizes will increase, and there could also be impacts on the district’s more vulnerable students, including those with IEPs. But the district is working to minimize those.

“We would prefer all of our classes to have 18 students or less,” he said. “We cannot afford to have that.” But “we are focused on making sure that all students that need additional support would receive that level of support. That hasn’t changed. What we really are focused on is to make sure that we are identifying a way to balance (the budget) based on the funds provided by the Joint Finance Committee.”
Dr. Brice said he will have more information for Monday’s meeting, at which the subcommittee is expected to vote on whether to recommend the cuts to the full school committee. The full committee would likely vote on those cuts next Thursday, May 6.

During a Monday night meeting, Superintendent of Schools Dr. Jonathan Brice laid out a list of all employee reductions needed to trim $1.5 million from their budget. Ranging from hourly reductions to full-out layoffs, they would hit every segment of the school district and include:

• Eliminate the network manager and assistant facilities director positions, and reduce a resource intervention specialist from full-time to .4 of a position;

• At Colt Andrews, eliminate one second- and one fifth-grade teacher, as well as two teacher assistants;

• At Hugh Cole, eliminate a kindergarten and Grade 4 position, as well as a full-time clerk;

• At Rockwell School, cut a specialist from full-time to .5 and eliminate a full-time clerk;

Dr. Brice also noted that all temporary positions filled during the Covid crisis are being eliminated, for a savings of 43.5 full-time temporary and one-year contract positions. As for hiring new staff, including several high-level financial positions called for under a recent student of the district administration’s practices, “we’re not having conversations about having new programs or services or support. The only thing that we may add are one or two positions that (consultant) Mary King has identified as needing to be added in order to improve.”