PORTSMOUTH — R.I. Department of Transportation (RIDOT) Director Peter Alviti, Jr. said the department’s old garage on Anthony Road was so dilapidated “that workers were using a … 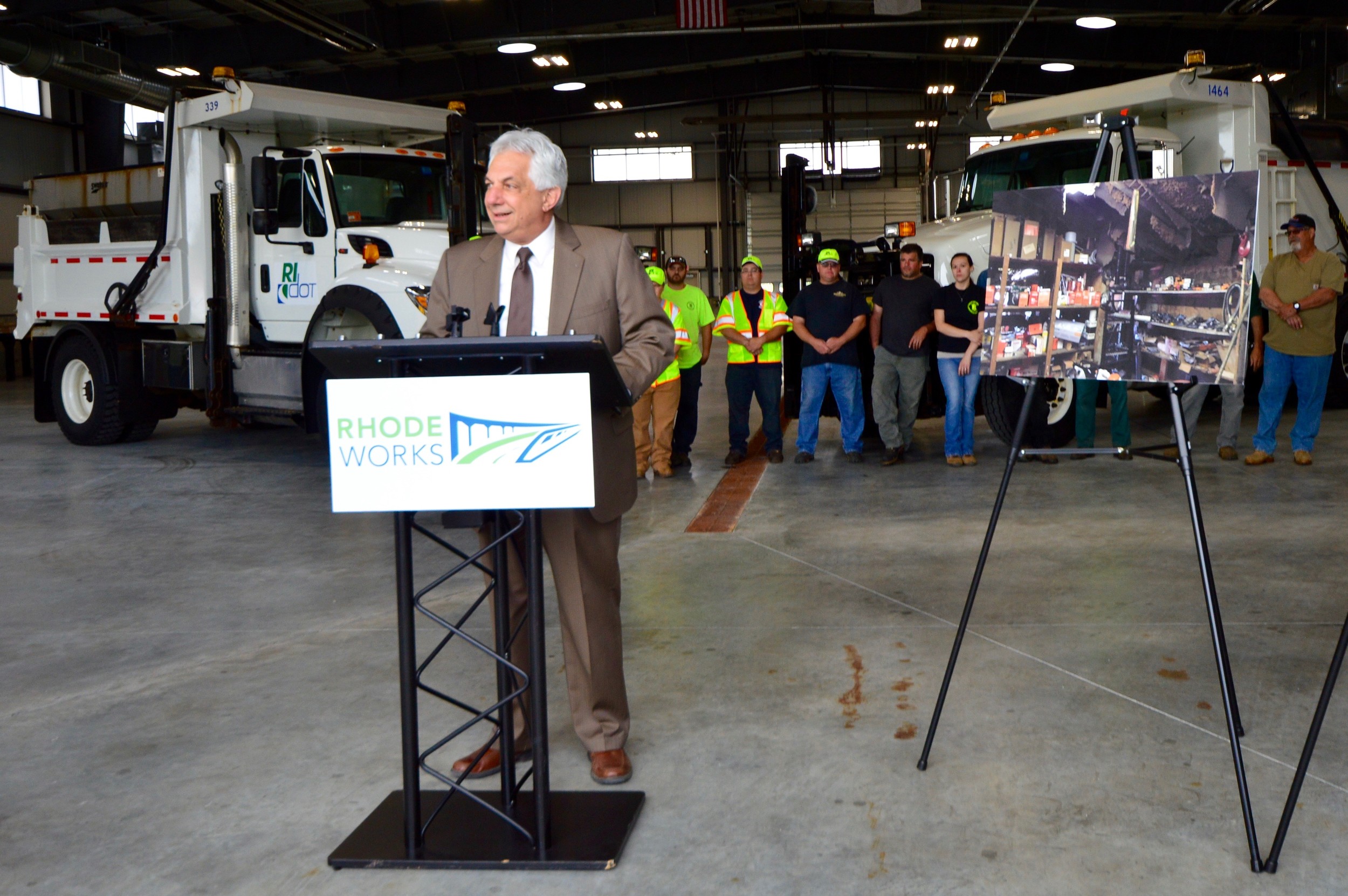 It’s light-years ahead of the old building and it’s as environmentally friendly as a garage can be.”
Peter Alviti, Jr., RIDOT director
By Jim McGaw

PORTSMOUTH — R.I. Department of Transportation (RIDOT) Director Peter Alviti, Jr. said the department’s old garage on Anthony Road was so dilapidated “that workers were using a picnic table as their conference table.”

There wasn’t even enough room to house RIDOT’s trucks and other equipment, which sat outside and were exposed to the harsh marine climate, he said.

That all came to end Tuesday morning, when RIDOT officially cut the ribbon to its new $7.4 million, 22,500-square-foot facility on Boyd’s Lane. The building is five times larger than its predecessor.

“Coming from where they were in a cramped building … this is certainly a step up,” said Mr. Alviti.

The director said considering that taxpayers are investing $4.7 billion in roads and bridges through the RhodeWorks program, “we need to ramp up our ability to properly maintain our transportation network. That includes having the right trucks and equipment to do the job, and facilities to store and take care of the assets that take care of our roads.”

The old garage was small, with failing roofing and siding and lacked insulation in many areas, he said. Instead of a lift to safely work under vehicles, the old facility had a pit in the floor. Chainsaws and other items had to be stored in office space.

The new building, in contrast, includes a number of energy-saving features, including insulated panels covering the entire structure.

It has adequate space for vehicles to be stored and repaired, a vehicle lift and trolley/crane system, a modern lubrication system and a fuel depot center outside. It includes space to the entire 20-member staff of RIDOT’s Newport Maintenance District, as well as storage for a wide range of tools, equipment and parts.

“It’s light-years ahead of the old building and it’s as environmentally friendly as a garage can be,” Mr. Alviti said.

The director pointed out that the project, funded as part of RhodeWorks, was completed on time and $500,000 under budget.