Police received a phone on Wednesday, Oct. 13 from a resident who said her … 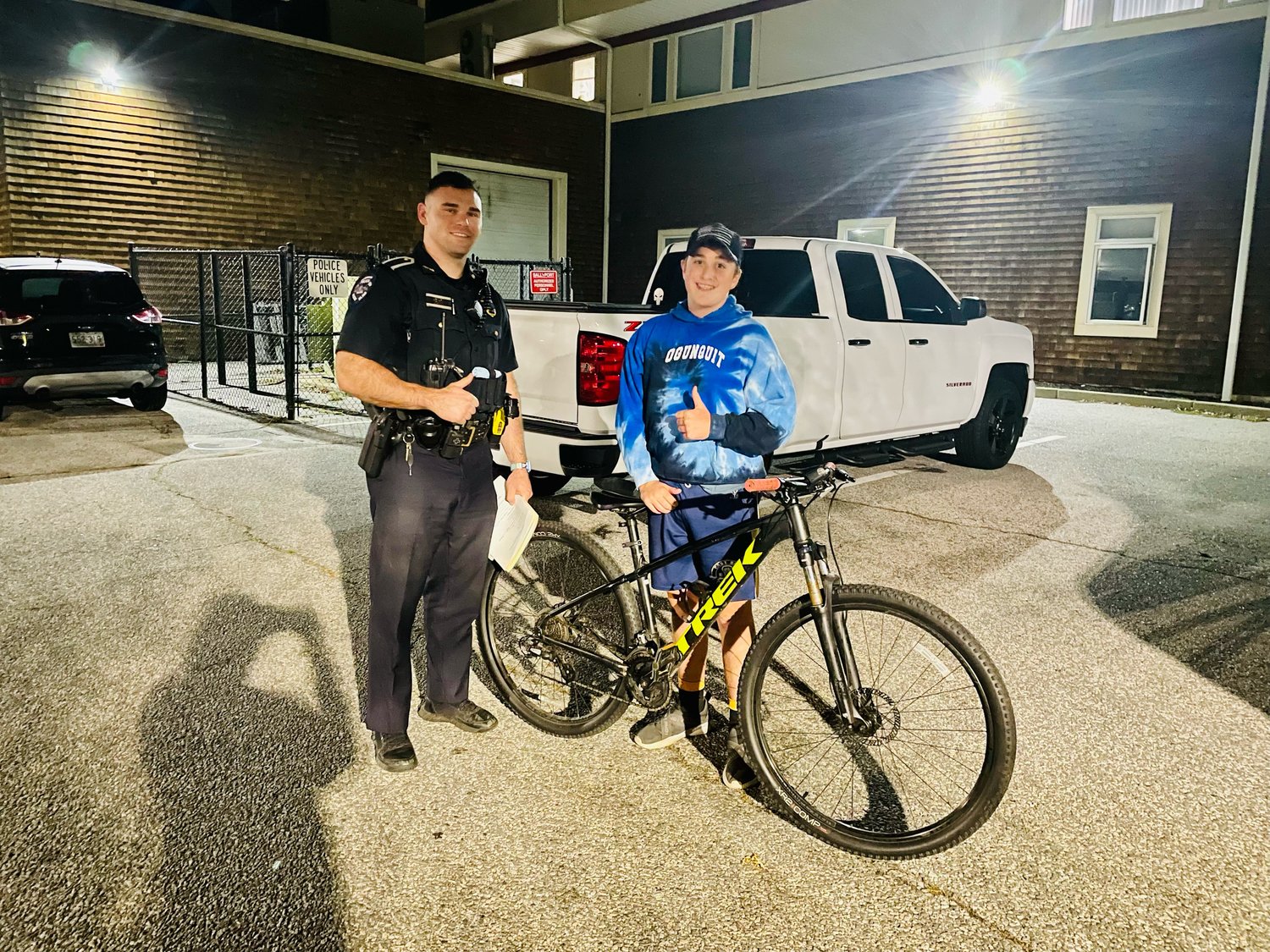 Police received a phone on Wednesday, Oct. 13 from a resident who said her son’s bicycle was stolen from outside Barrington High School earlier that day.

The student, Brandon Medeiros, parked his bike outside the school at about 8:30 a.m., and when he returned to get it after sports practice that afternoon, it was gone.

Police said Brandon and his friends searched all over town for the bike and eventually checked a Facebook marketplace website. The bike, they said, was listed on the site for $550. Brandon and his mother, Michelle Gray, contacted police and reported the situation.

Pretending to be an interested buyer, the police officer reached out to the online seller. They messaged back and forth and eventually settled on a sale price of $375. They also arranged to meet at the shopping center parking lot near the Barrington-Riverside line on Willett Avenue on Friday, Oct. 15.

Police said the officer waited in an unmarked car in the parking lot — a male subject arrived riding the bicycle; a woman had driven a car to the lot with the man. Police said the seller, identified as Cameron Hayes, 20, of 17 Allen Ave., told the undercover officer that the bicycle belonged to Mr. Hayes’s cousin and that he did not want it anymore.

Once police were able to confirm some unique identifying characteristics on the bicycle, they arrested Mr. Hayes and charged him with receiving stolen goods-misdemeanor.

Police said the woman with Mr. Hayes denied any involvement. She was not charged.

Police were able to reunite Brandon with his bicycle later that night. His mother shared a post online, stating that the bicycle was very important to her son, as it was gift from his grandmother when she passed away two years ago.

“Just before midnight Brandon and I were able to pick up his bike from the police station,” she wrote. “We plan to get the bike serviced and fix anything needed. I couldn’t be more proud of him for never giving up. He is over the moon! Thank you thank you BPD!!”