EAST PROVIDENCE — While the bones of the 65-year-old East Providence High School are still relatively sound, its arteries and organs are in desperate need of attention.That’s how a … 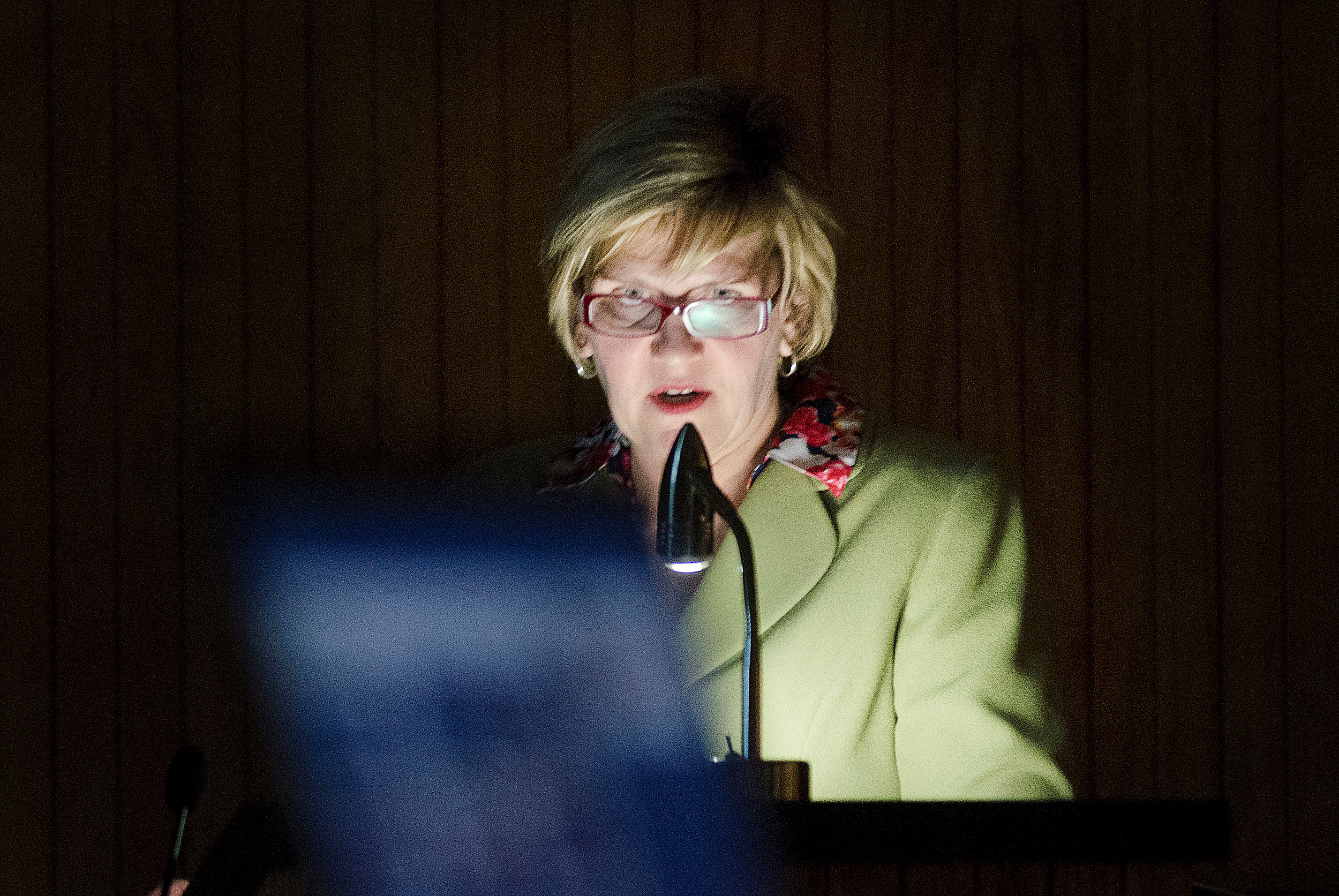 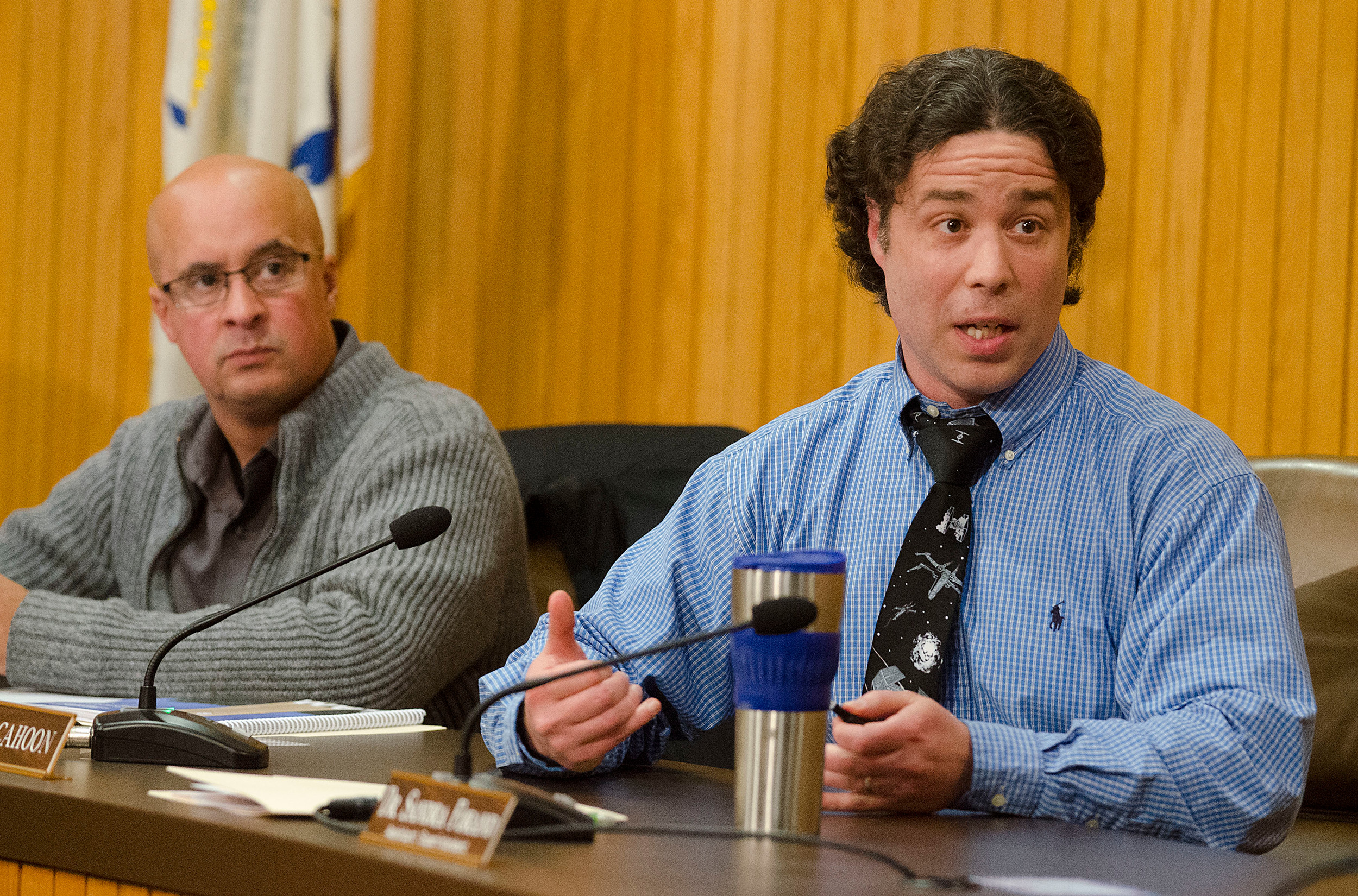 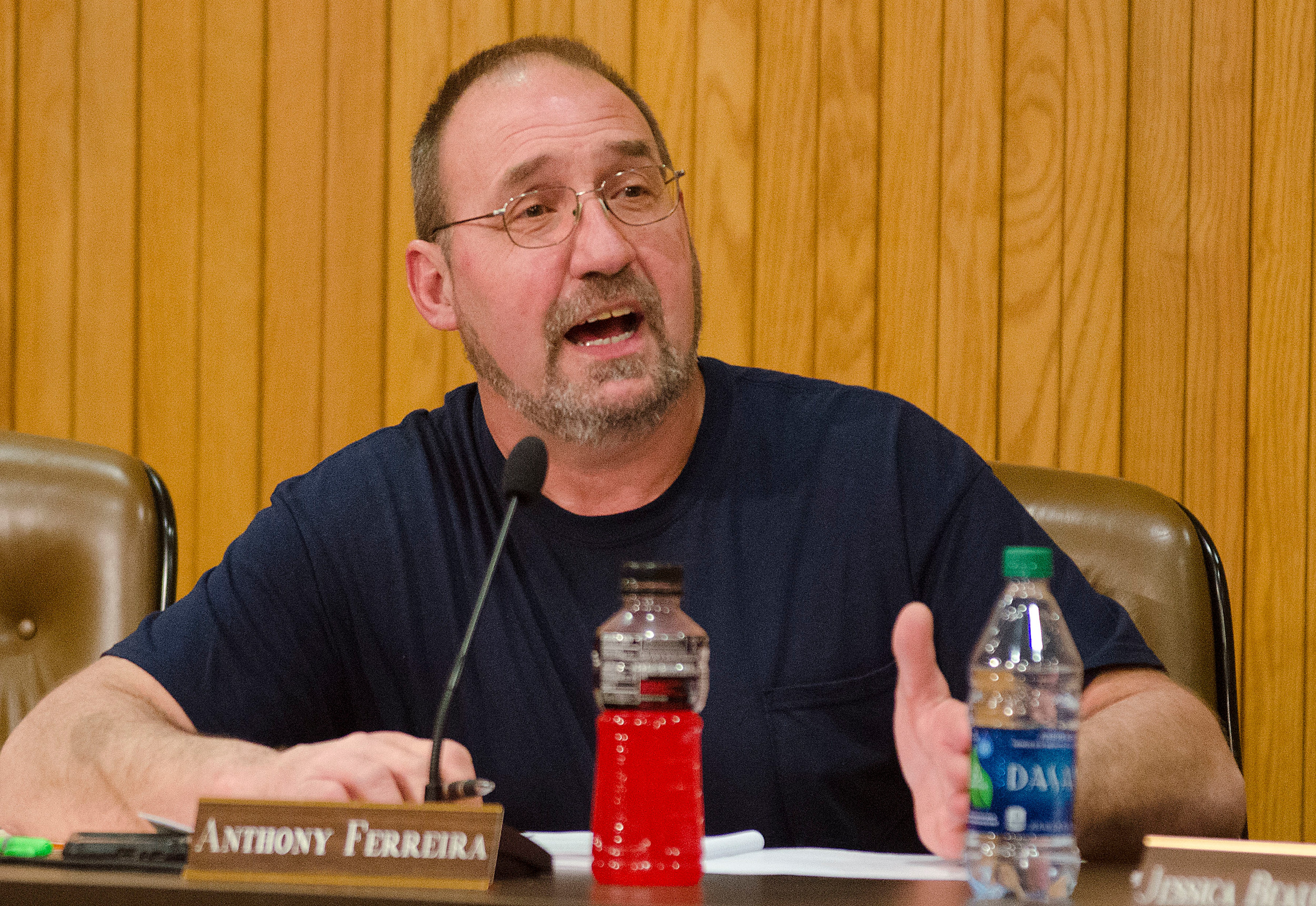 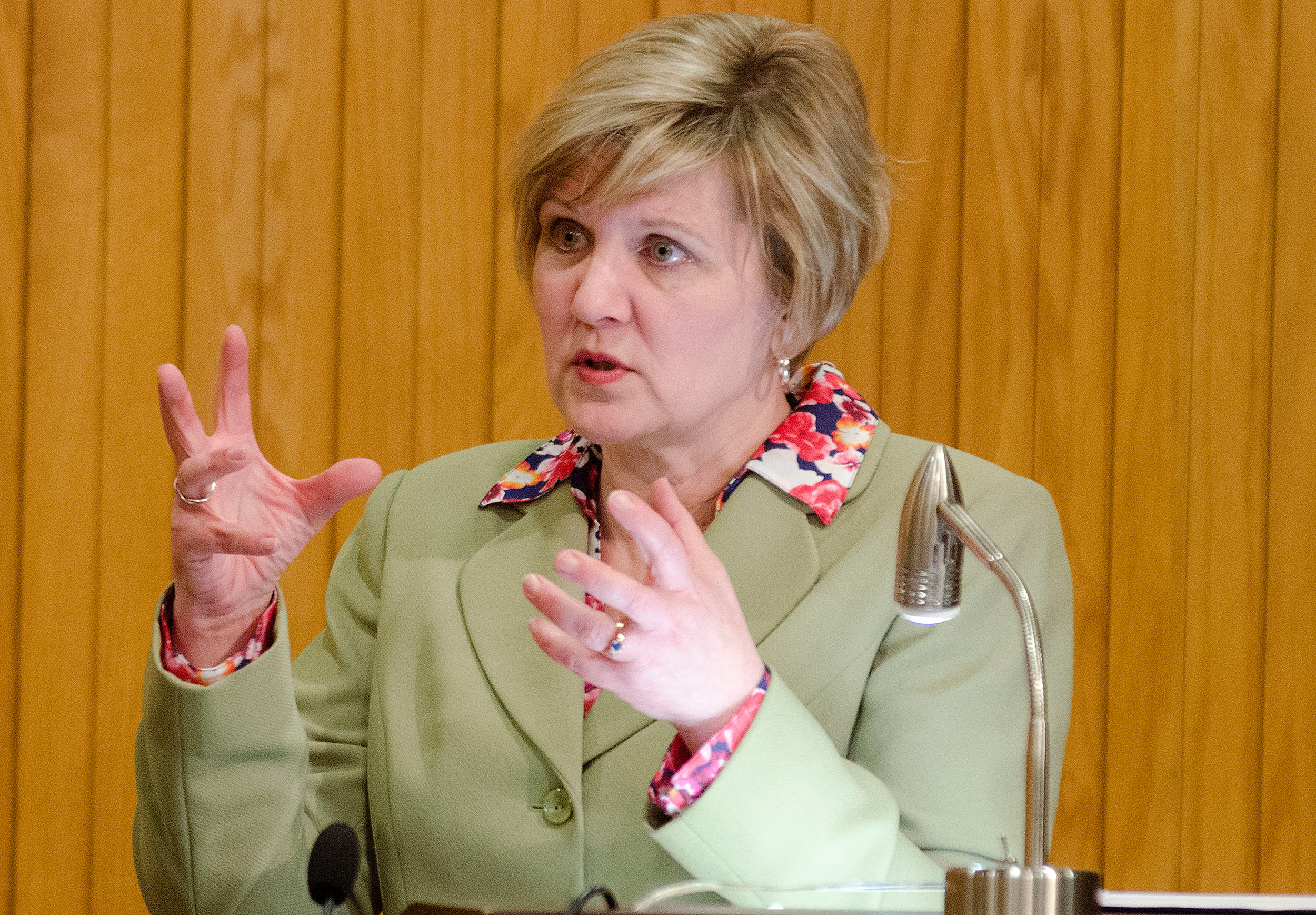 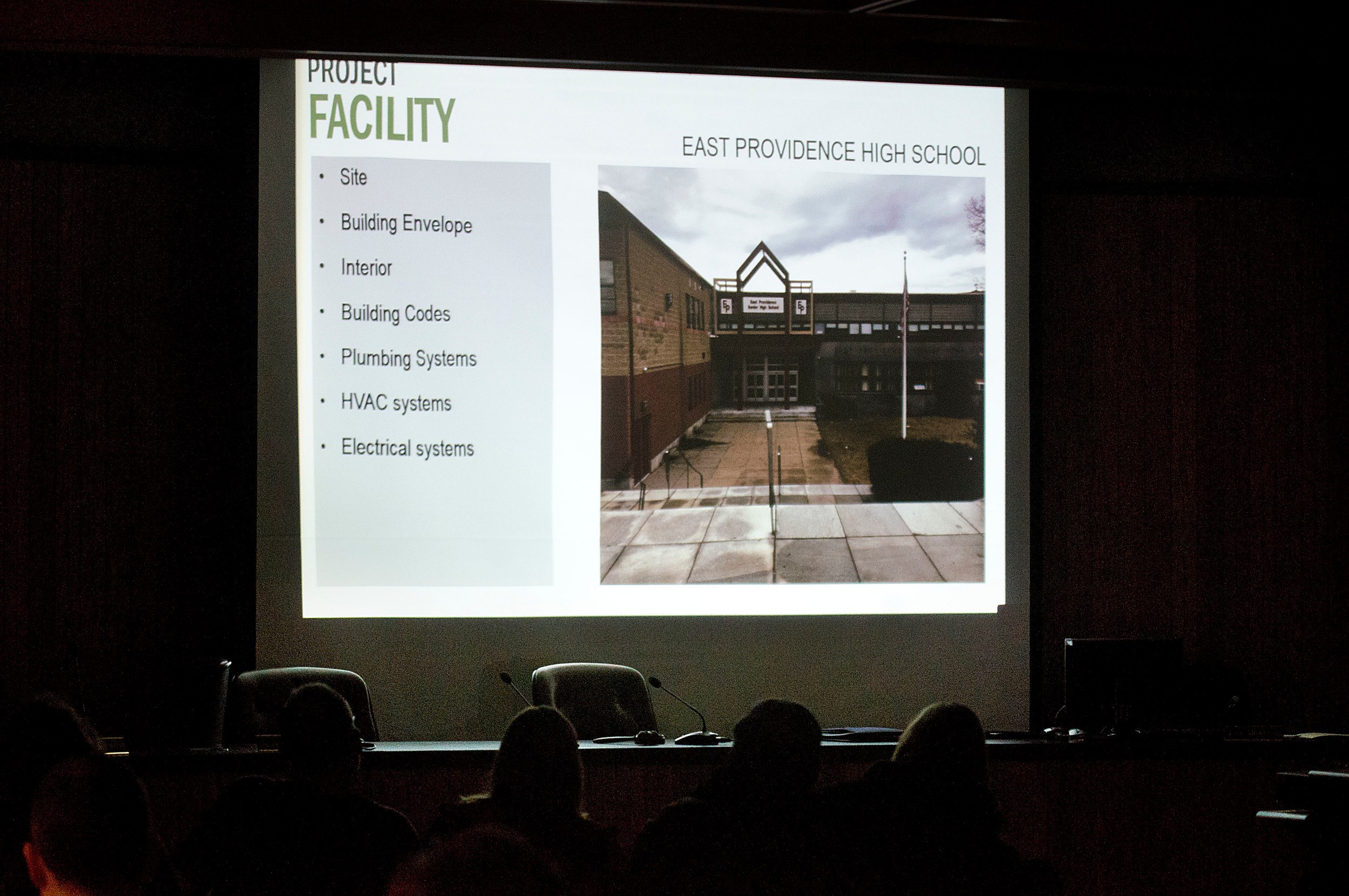 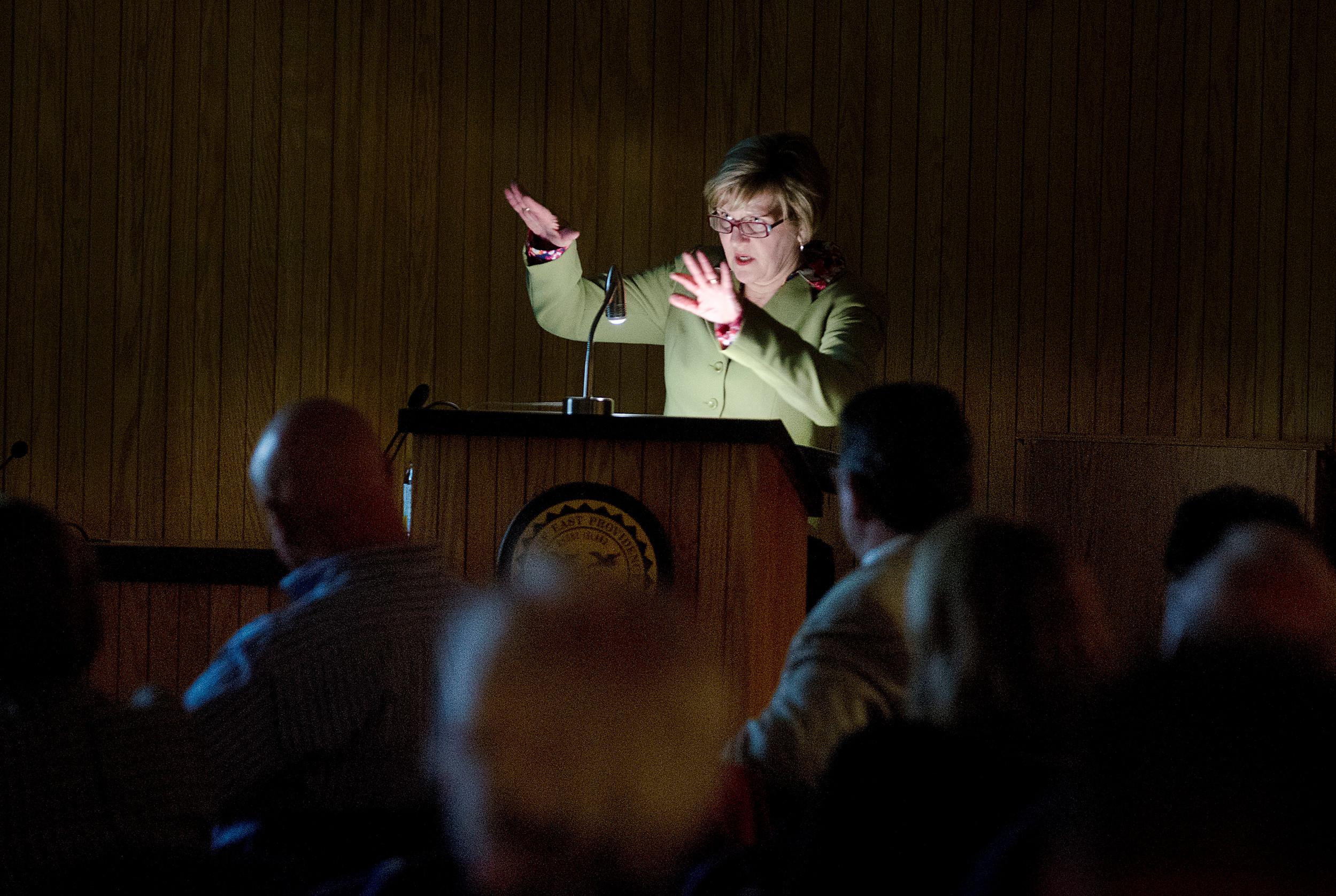 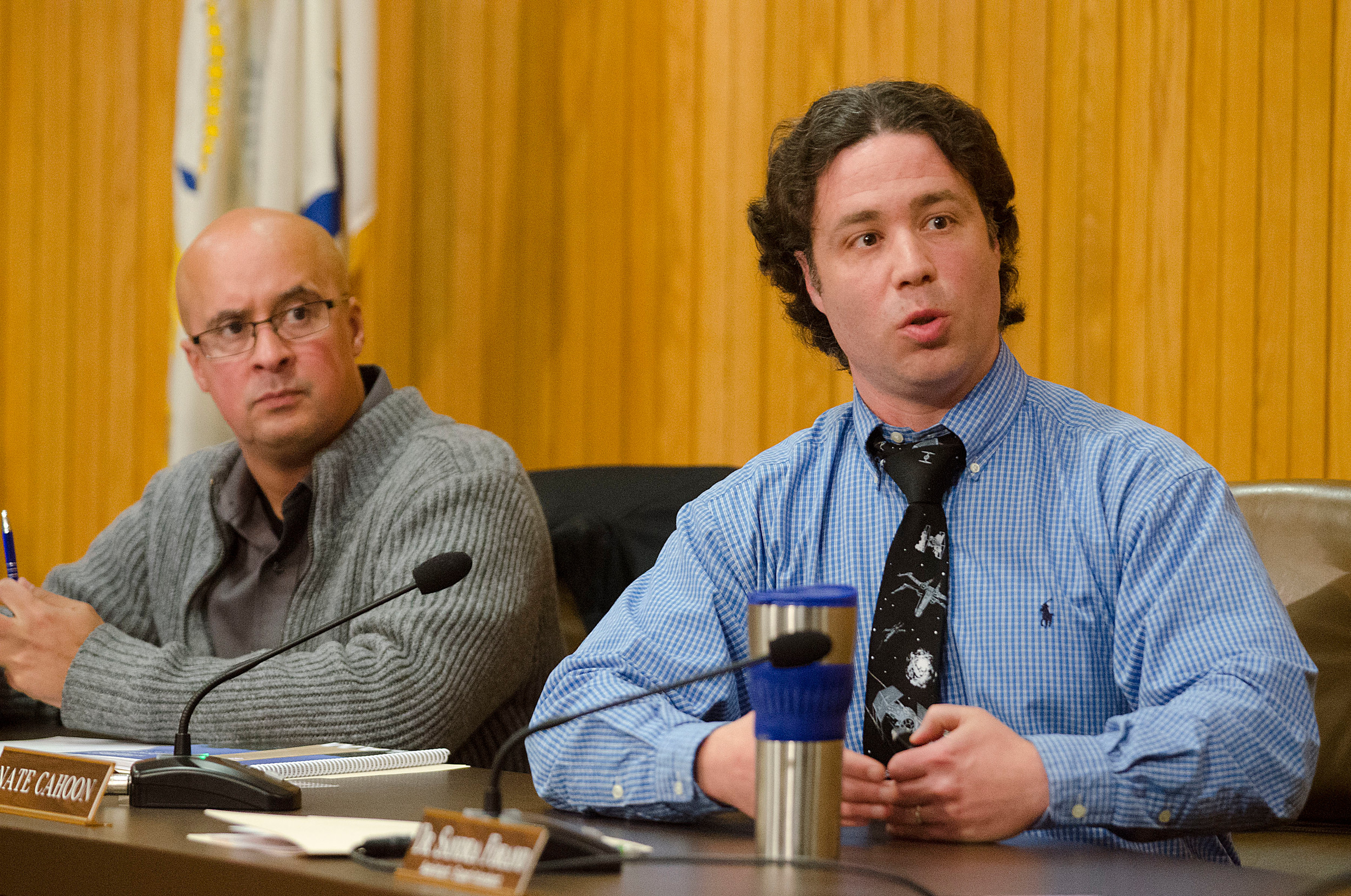 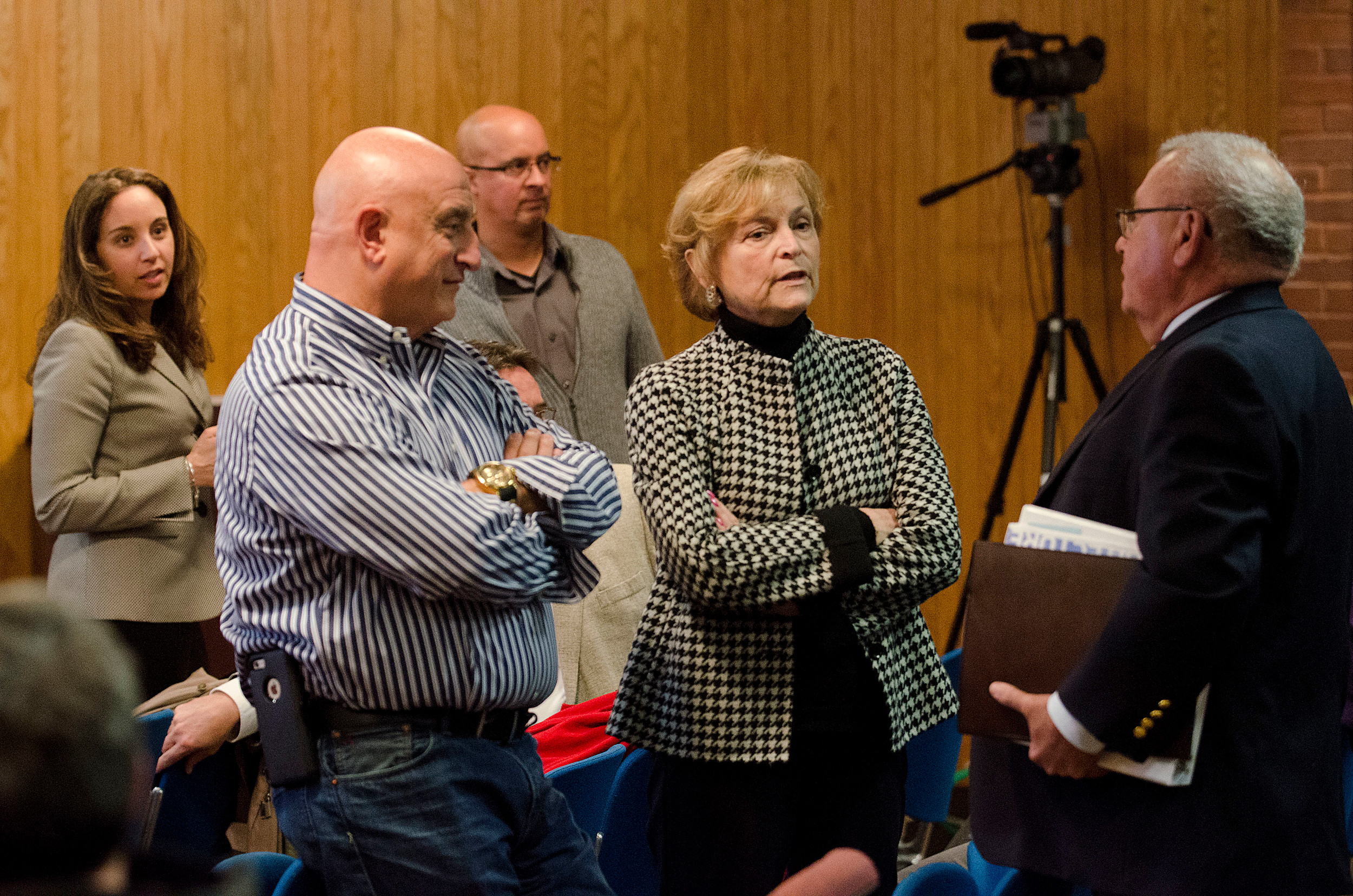 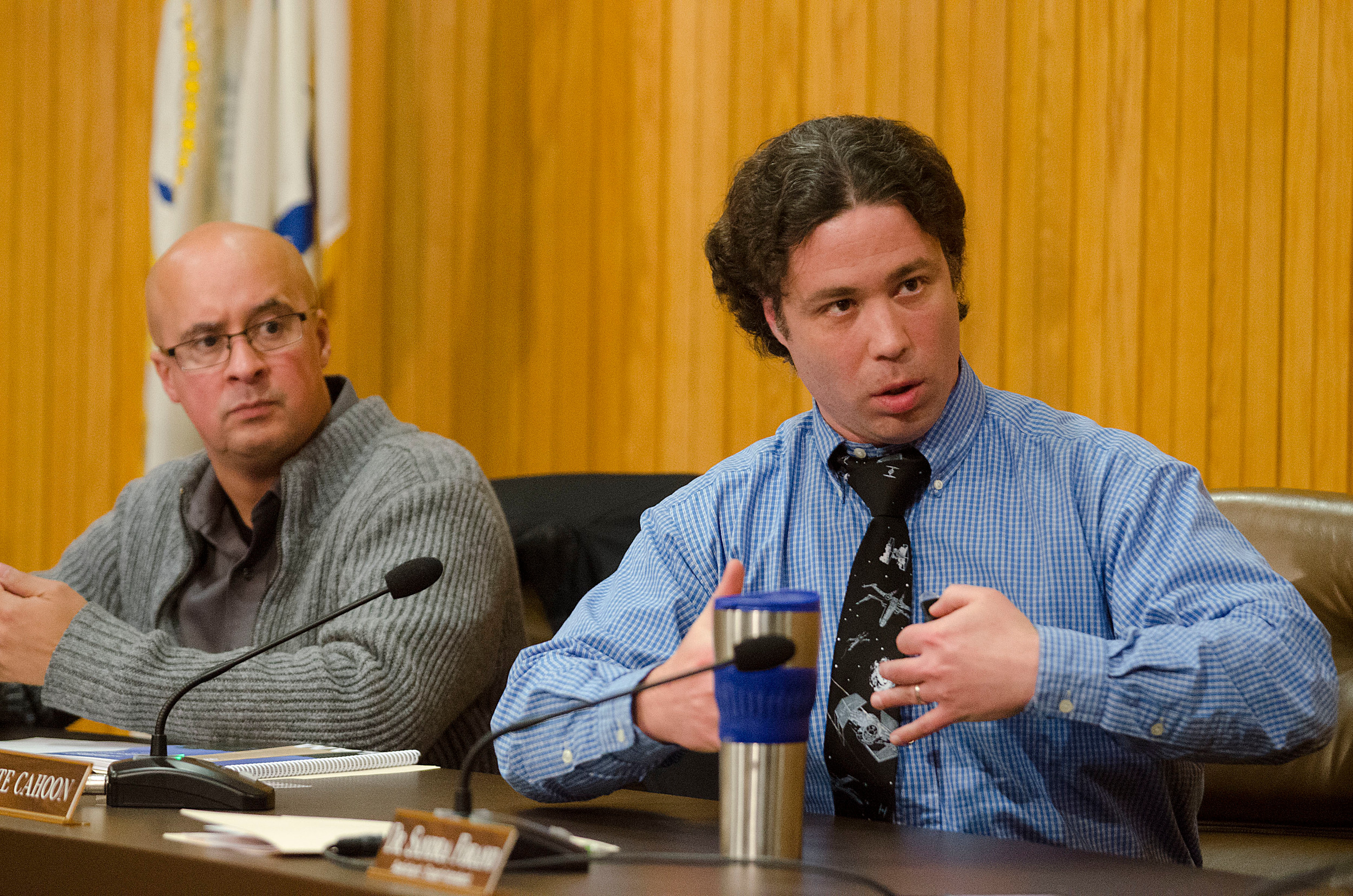 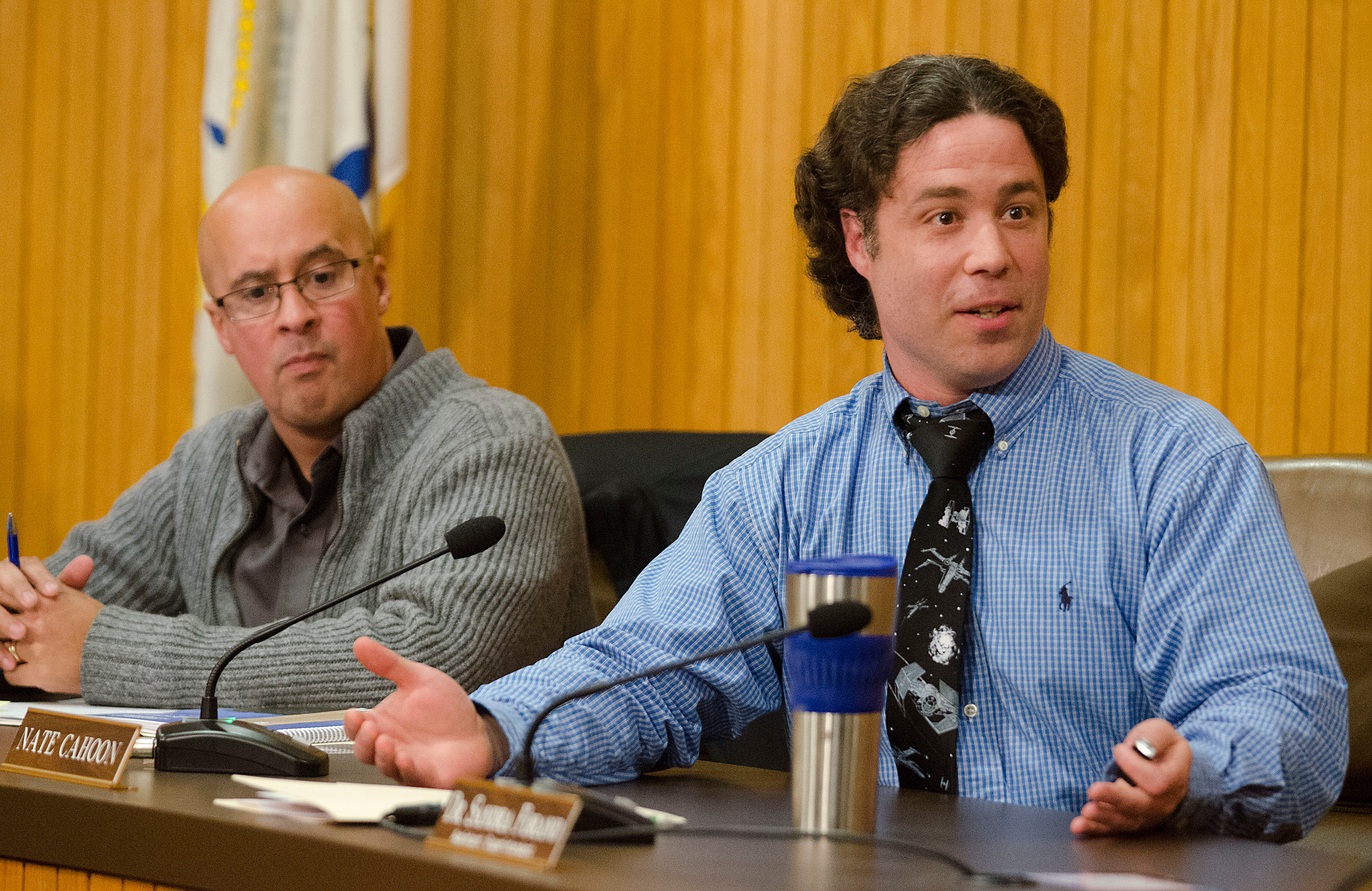 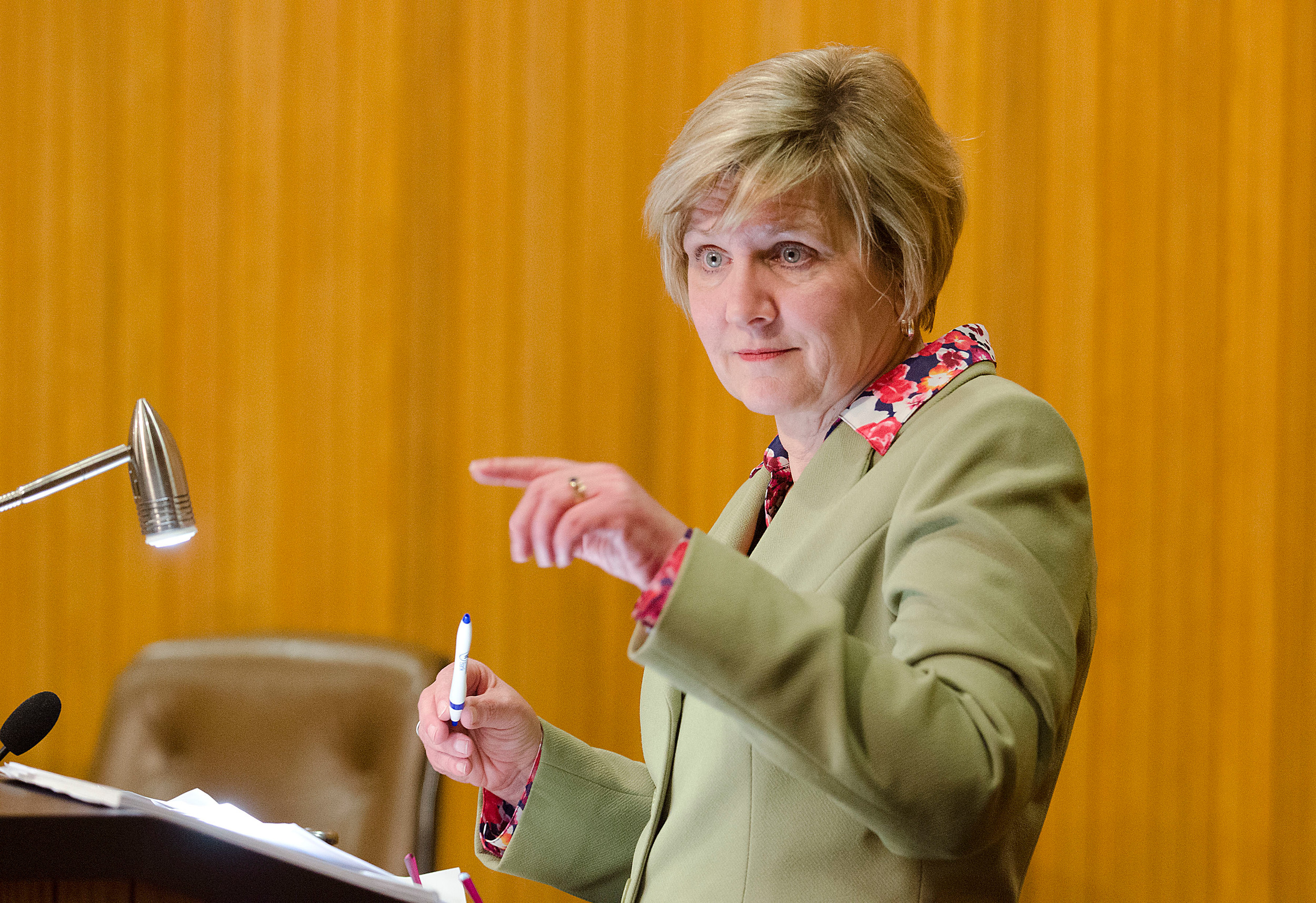 EAST PROVIDENCE — While the bones of the 65-year-old East Providence High School are still relatively sound, its arteries and organs are in desperate need of attention.

That’s how a medical professional might view the findings of a structural analysis of the building presented to the school committee at a special session Monday evening, March 27, at city hall by a representative of the SLAM Collaborative, a national architectural firm specializing in educational facilities.

SLAM’s Cathy Ellithorpe led the committee and a good-sized audience through an approximately 45-minute review of the high school, eventually telling those in attendance it would cost roughly $95 million in current dollar figures to “renovate to new” the existing structure and in the range of some $115-$120 million to construct a new building. The latter figure includes demolition and abatement of the current EPHS if the new school would be built at the same site. It also includes the cost of outfitting the building and the construction of new athletic facilities.

Ms. Ellithorpe’s presentation started with the basics, noting EPHS was built in 1952 and an addition was constructed in 1999. Though “some upgrades” have been made to the structure through the decades, she said “a lot of the infrastructure is circa when it was built.” In other words, the building has been in a gradual state of disrepair for several years.

Ms. Ellithorpe said SLAM associates covered “every square inch” of EPHS, from the roof to crawl spaces. She noted the far-flung layout has “a lot nooks and crannies, and a lot of it needs to be fixed.”

The most costly of the repairs necessary to renovate the existing structure, about 20 percent of the $95 million figure, would be to its electrical and HVAC (heating, ventilation and air conditioning) systems. Ms. Ellithorpe said the boilers at the school while functional are likely “on their last legs.” She said the staff of facilities director Tony Feola is near constantly attending to the building’s plumbing, adding “almost every time there is something new to repair.”

As well, Ms. Ellithorpe said the school’s one science laboratory, only recently renovated to meet minimum accreditation standards, is inadequate. She said most high school’s serving the amount of students as EPHS, some 1,450, have about 10 science labs. The price of the additional lab space and upgrades to the cafeteria are included in the renovation projection.

SLAM’s report, both the cost estimates and the academic aspects, were based on the mandates of the Rhode Island Department of Education, which must sign off on any construction plans of the district to build or renovate and which will reimburse the city a significant portion of the funding for the construction.

Ms. Ellithorpe told the committee RIDE requires 185 square feet for every student or just over 280,000 SF for the current population at EPHS. She said the current configuration of classrooms are “undersized” in terms of their square footage and how they are allotted for specific academic disciplines.

The report also included some 45 pages of suggested expenditures in line item form. As well, it codified the needs of the existing building into four levels: 1. Immediate response due to life safety or security concerns; 2. In need of repair in 1-2 years; 3. Requires attention in 3-5 years; and 4. Repairs that can be deferred for some 6-10 years, such as cosmetics, i.e. painting, etc. Of those four levels, the Level 2 upgrades are estimated to cost roughly $60 million.

At the conclusion of Ms. Ellithorpe’s presentation, committee chairman Charlie Tsonos noted the report “was a lot to digest. We’re beginning with questions here, but there will be a lot more questions after tonight.”

From the audience, Ms. Ellithorpe was asked about LEED (Leadership in Energy and Environmental Design) rating, a federal initiative intended to make public buildings environmentally friendly and efficient. Ms. Ellithorpe noted the minimum LEED standard acceptable to RIDE is “silver” or meeting 50-59 percent of federal guidelines.

Committee member Nate Cahoon, who chairs a buildings joint subcommittee with the city council and administrators, asked how feasible it would be to keep EPHS open during renovations. Ms. Ellithorpe said “there are ways to do it, but it would be difficult considering the floor plan” of the building.

Ward 2 committee member Tony Ferreira inquired about the projected costs of SLAM’s proposals if they were done over the course of the next decade. Ms. Ellithorpe said the current acceptable rate of escalation in prices is approximately 5 percent more per year, meaning the cost of either renovating or building new would grow about $4 or $5 million annually.

The two other committee members, like Mr. Cahoon, signaled their support for building a new high school. Ward 4 representative Jessica Beauchaine said the city needs a building that reflects the improvements being made throughout East Providence, like at its waterfront. She said both students and teachers deserve a modern facility that meets their needs in the 21st century.

Mr. Monteiro echoed those sentiments, adding currently the EPHS faculty and pupils are over performing their environs. “A lot of good things are happening in a bad building,” he said.

The full SLAM report can soon be accessed by the public at the district’s website, epschoolsri.com.