Patricia Redfearn has retired after more than 18 years leading the George Hail Free Library of Warren. Replacing her is Chris Matos 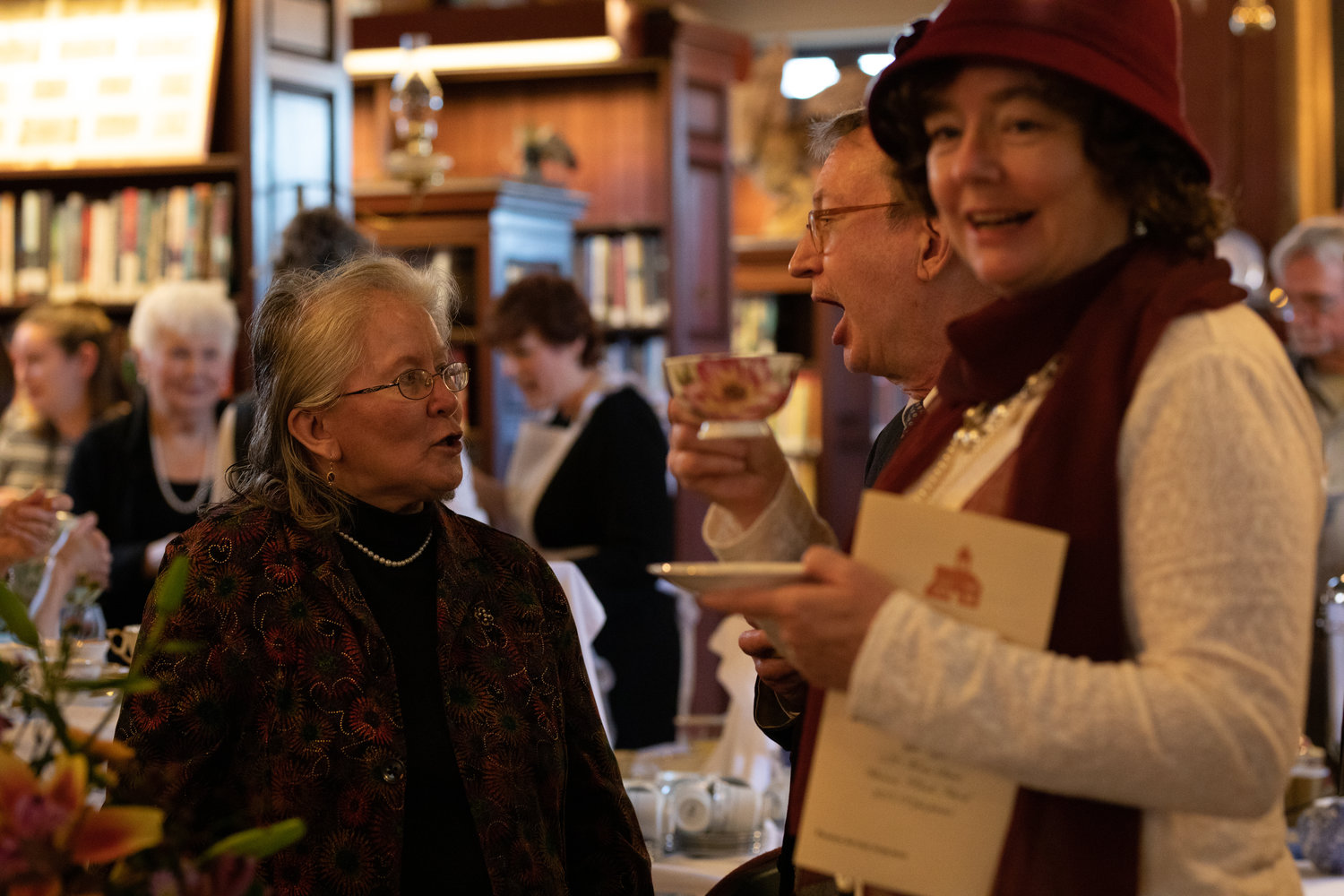 Patricia Redfearn is stepping down after 18 years leading the George Hail Library as its director. 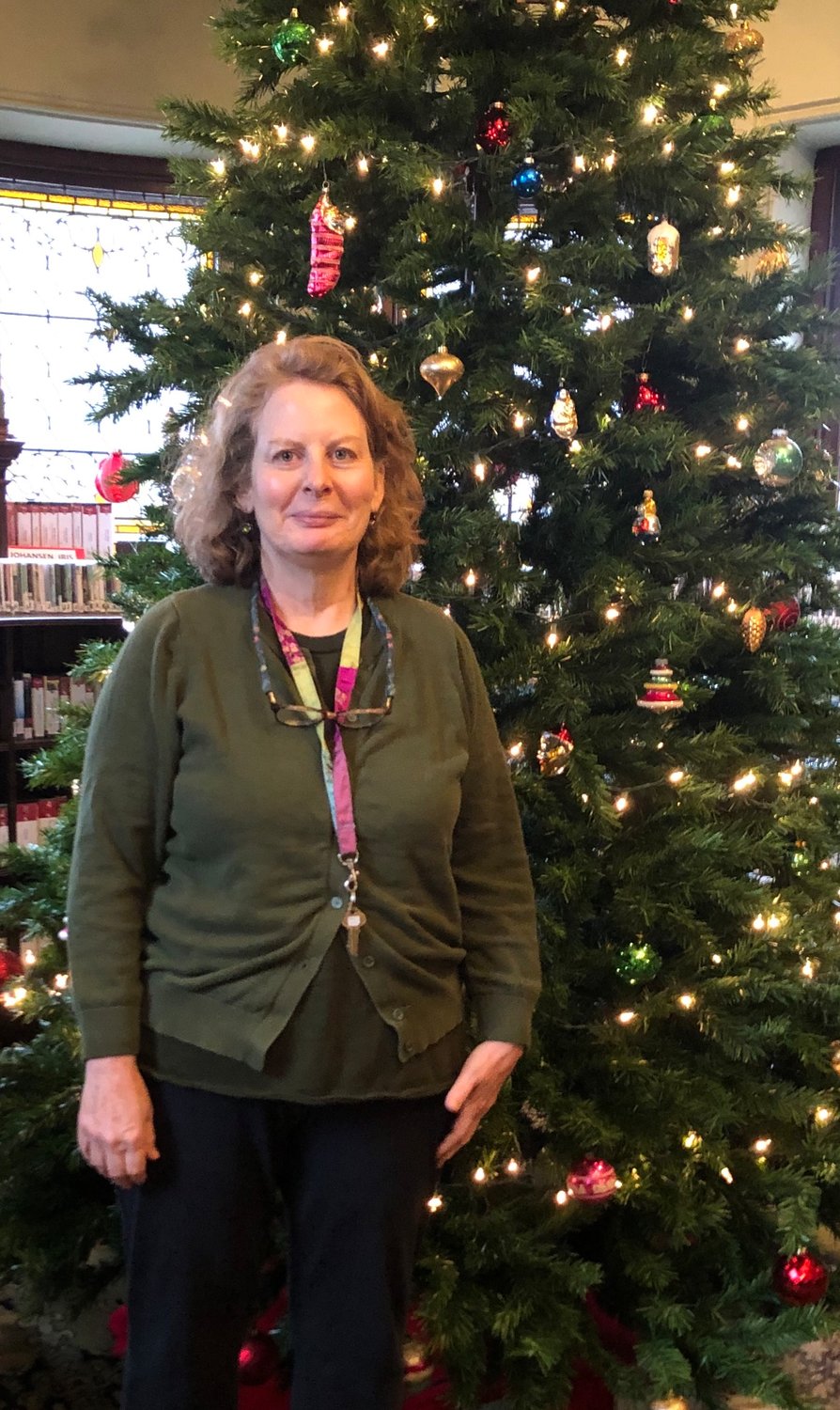 Chris Matos has taken over as the new Director of the George Hail Free Library. She has 23 years of experience working in libraries and was most recently assistant director of the Mattapoisett Free Library in Massachusetts.
Previous Next
Posted Thursday, December 23, 2021 3:00 pm
By Ethan Hartley

Patricia Redfearn has retired after more than 18 years leading the George Hail Free Library of Warren. Replacing her is Chris Matos, a native of Chelmsford, Mass., who assumed the role of the library’s new director in November.

Matos graduated from Simmons College with a Masters of Library Sciences degree and has worked in various library positions for about 23 years, she said, running the gamut from library clerk, cataloguing, reference desk work, and being in charge of organizing and administrating children’s programming. She was most recently the assistant director at the Mattapoisett Free Library in Mattapoisett, Mass. before accepting the job at George Hail.

“I love the history of the library, and the town. I love Warren itself,” she said. “It’s just got that great artistic, music, food vibe that I love. It has the bike path, just all sorts of elements that are so wonderful.”

Farewell to Redfearn
Redfearn worked at the George Hail Free Library back in 1984 and 1985 as a part-time circulation assistant. Eventually, she found her way back in 2002 when she applied for the job as director after her friend, Cheryl Parent, encouraged her to do so.

“I thought what the heck, I might as well apply and see what happens,” Redfearn recalled. “And I got the job.”

Now, looking back on a long career at the library, Redfearn said that she was proud of promoting Warren’s historical heritage. Funded by a Rhode Island Foundation grant back in 2008 and 2009, the library used the money to hire an archivist, who worked to locate and catalogue historical documents stored away at various locations throughout the town. Redfearn also had high praise for the group Historic Warren, which carries on the work of protecting and promoting historic sites around town.

“They’re doing a wonderful thing,” she said. “People come to town for the arts and a lot of reasons, but they don’t seem to come for the historic reasons as much as they could come.”

Redfearn also touted the Charles Whipple Greene Museum, located within the library, as a tremendous educational resource and celebration of the town’s history.

“It’s a wonderful, free little museum. That was always our draw to get the children in,” she said, recalling fondly how kids on field trips would be enamored by the artifacts found within the museum. “I’m hoping by the time they’re adults or in high school, they would remember that and come back and use the library and all of its resources.”

In light of recent events and challenges, Redfearn said she realized it was time to step aside.

“Eighteen years is a long time,” Redfearn said of her retirement. “I think COVID was the straw that broke the camel’s back. COVID was just a very complicated issue to have to deal with from an administrative point of view.”

Going into her retirement, Redfearn said that she’s interested in having more time to read and look into her family’s genealogy. She’s also interested in contributing more time to historical groups in her town of residence, Swansea, including the Swansea Historical Society and a committee searching for funding to put on an addition to their town library.

“There’s always things to do,” she said.

Looking ahead
As mentioned by Redfearn, COVID has presented challenges that go to the core of any library’s mission — from lending out books that have been handled by dozens of different people, to offering communal space for things like computing and children’s activities. The virus shut down the library for a while in 2020, and according to Matos, some of the programming is just beginning to open back up.

“We’re still working on the plan, still dealing with the pandemic, so things are slowly coming back,” she said. “We’re going to start offering more children’s programming at a limited capacity.”

Some programming she mentioned specifically includes a 275th birthday celebration for the town, taking place on Jan. 27, which will coincide with the launching of a to-be-determined historical program celebrating the art, music, and rich history of Warren. She said she would be happy to further collaborate with the Bristol Warren school system when restrictions allow for it. She also mentioned music recitals and rotating art displays being held at the library.

Matos said she is already caught up into the mix of one of the other big challenges associated with running a 133-year-old building.

“This historical building needs a lot of love to keep it going,” she said. “We’ve got a substantial grant to work on the roof and got money to replace the metal railing out front. It’s like any home, you have to keep at it. I think that’s one of the biggest challenges of the library, but also one of its biggest assets is the building itself.”

Other grant-funded efforts include a $10,000 grant to update its computers, and a $5,000 grant to digitize its museum collection. Matos said she was looking into grant opportunities to help with the physical storage of historic documents that are currently being archived.

Despite all the challenges, especially in modern pandemic times, Matos said she was recently reminded why running a library remains to be a rewarding job for her.

“We actually helped a woman get a job last week,” she said. “She came in to fill out an application online and she wasn’t skilled with computers, and that’s the kind of thing we’re here for, to help people bridge that digital gap. We’re here for the kids to offer all sorts of programming. I see us working more towards programming itself.”

Matos said she was looking forward to better days ahead at the library, for her, the staff and the community at large.

“I think that’s the best thing about George Hail Library, is that it’s a home away from home for everybody,” she said.