Kamille Gentles-Peart hopes to be a lighthouse for the 250 universities and colleges in New England.

With her new Diversity, Equity and Inclusion Fellowship from the New England Board Higher of … 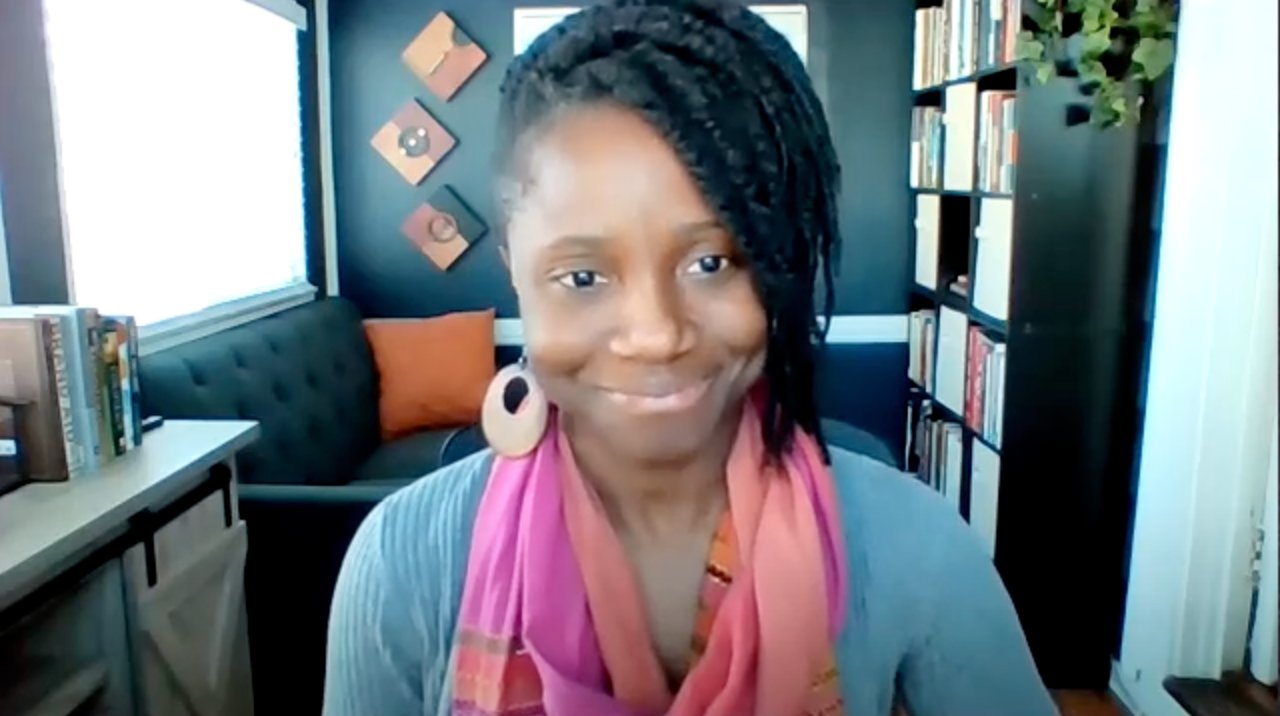 Roger Williams University professor Kamille Gentles-Peart is co-leading an effort to improve diversity within the ranks of some 250 university and college faculties throughout New England.
Posted Friday, March 19, 2021 7:00 am

My aim is for these institutions to look at their individual campuses, looking at what needs to be repaired and dismantled, what needs to be torn down, so that the faculty of color who exist in their spaces can actually thrive and succeed.”
Professor Kamille Gentles-Peart
By Megan Julian

Kamille Gentles-Peart hopes to be a lighthouse for the 250 universities and colleges in New England.

With her new Diversity, Equity and Inclusion Fellowship from the New England Board Higher of Education, Professor Gentles-Peart wants to influence and change the “racist structures” that she says are the foundations of higher education systems within this region.

“The overarching goal is to have people who are dedicated to having a sustained look at the faculty of black, brown, indigenous faculty of color within the region, and to think about the ways in which they have been impacted by the racist structures,” said Professor Gentles Peart, a race and gender expert who is associate professor of communication and media studies at Roger Williams University.

According to Professor Gentles-Peart, tackling and breaking down the structures embedded in institutions, policies, ideologies and beliefs systems is the only way to make real change. She also believes in challenging the notion that diversity, equity and inclusion are accomplished when a person sees a person of color within a room.

“It usually stops there, but that isn’t enough,” Professor Gentles-Peart said. “We need to be thinking about the room itself and making sure it is a place where faculty of color feel psychologically, physically and economically safe.”

Currently, more than one-third of America’s college students are people of color. Yet only about 5 percent of college faculty are African-American, about 3 percent are Hispanic and about 1 percent are Native American.

As a fellow, Professor Gentles-Peart is looking to create a common vision that the universities can follow and refer back to when they are beginning to make changes.

“My aim is for these institutions to look at their individual campuses, looking at what needs to be repaired and dismantled, what needs to be torn down, so that the faculty of color who exist in their spaces can actually thrive and succeed,” she said.

Professor Gentles Peart wants to move past the “awareness” phase and get to the point of making real change — transforming university ideologies and keeping individuals accountable for doing what they say they’re going to do. When she says accountability, she does not mean it in a punitive way; she wants to keep people accountable by constantly encouraging them to make changes.

“Accountability also involves encouragement,” Professor Gentles-Peart said. “It is having somebody there, that’s going to say, ‘Have you done this yet? Are you still moving in that kind of direction?’ This is to ensure that universities, colleges and other institutions understand that this work is important.”

Professor Gentles-Peart said she wants to push universities to constantly move forward with their initiatives, and she will do her best to provide any sort of support or resources that faculties need in order to be successful.

Professor Gentles-Peart is co-leading the New England Board of Higher Education’s diversity initiative with Tatiana Cruz, an assistant professor of history at Lesley University. At RWU, she co-designed the Diversity and Inclusion Fellows program, a year-long program and an intensive summer institute for faculty on equity and inclusion, and has been an active participant in creating the university’s Equity Action Plan and bringing equity work into the classroom.

She also co-founded the Collaborative for the Research on Black Women and Girls, a research working group aiming to change existing narratives about Black women and girls in the African Diaspora. A frequent commentator on diversity issues, Professor Gentles-Peart earned a bachelor’s degree in media communication from the City University of New York (CUNY), a doctorate in mass communication and a graduate teaching certificate in gender studies from the University of Michigan.