Hearing with the CRMC continued to a later date

Hearing with the CRMC continued to a later date 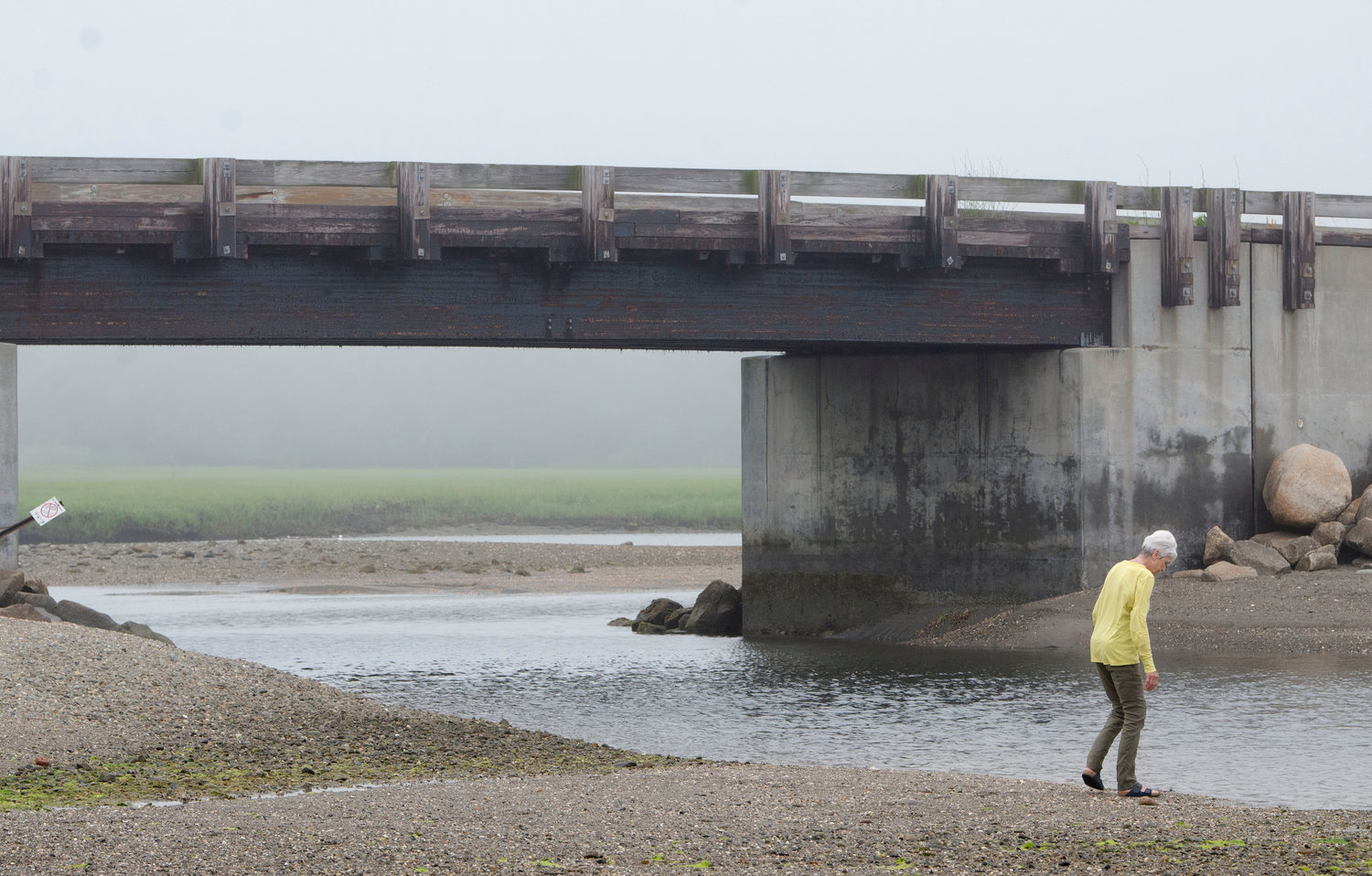 TIVERTON – An influx of resident concerns over a proposed oyster farm in the Seapowet Marsh area prompted a lengthy debate over if – and how – abutters should be notified of potential aquaculture projects in Tiverton’s waterways during the Town Council’s regular meeting last Monday, June 14.

Submitted by Little Compton brothers John and Patrick Bowen, the application seeks permission from the Rhode Island Coastal Resources Management Council (CRMC) to place a .97-acre, 200-cage aquaculture operation in the Sakonnet River, located southwest of Seapowet Creek. That area, the brothers said in their proposal, is rich with nutrients, and would not conflict with any recreational activities; as a result of the water depth and coarse and gravel seafloor, it is “not conducive to boating, swimming, or fishing.”

But numerous residents said Monday night that that is hardly the case. “Visit on any warm day,” Paul Fulton wrote in a letter to the council, and the site is full of swimmers, kayakers and fishermen.

“…The proposed spot is an unspoiled Tiverton gem, having been successfully protected for generations,” Mr. Fulton continued. “There are more suitable spots that are less disruptive to recreation, kayaking, fishing, and the quality of life for local residents.”

“As taxpayers and residents, we should have a voice in this decision,” she wrote.

And there are still plenty of questions that need to be answered, added resident Patty Garber, like what the daily maintenance would consist of and what local and state agencies, if any, would monitor the farm.

“What I am requesting is a pause,” she pleaded to the council in her letter. “A pause for the community to come together and have a chance (to) look at this proposal as we begin to emerge from the cloud of this pandemic.”

A question of responsibility

Probably most alarming, abutters said, is that they had been given no prior notice of the Bowens’ proposal; residents had only first learned about it earlier this month, at the same time the application was nearing its final stages with the CRMC.

“It’s like we don’t have a leg to stand on when we don’t have enough time to defend ourselves and defend our property,” said Jeanne De Souza, who lives in front of where the farm would be located.

That is becoming a pattern, councilor Donna Cook said — time and time again, residents are finding out about these aquaculture operations at the last minute. It is becoming clear, she said, that abutters want to be notified of these developments by mail – but that is something the CRMC, at present, is not required to do.

“I think that’s a weakness in the whole process,” she said.

Though the CRMC does post applications on their website, Ms. Cook said that the “ordinary person” does not continuously check online updates. She asked the council if there is a way the town could help mitigate this issue for residents, whether it be through ordinance or policy.

While he said he appreciated Ms. Cook’s efforts, vice president Mike Burk was leery of inserting the town into a process in which it has no regulatory authority. He said the Town Council is not always in the loop about these proposals either, and he would not want it to appear that the council is withholding information. A different approach, Mr. Burk suggested, could be to ask the CRMC if they would be willing to take on this duty, as well as reaching out to state legislators.  In the meantime, residents also have the ability to sign themselves up for email alerts from the CRMC concerning new applications.

Councilor Jay Edwards,, wondered if it could be in the Harbor Commission’s purview to notify impacted residents of new applications, as they would be more informed than the council.

While Harbor Commission Chairman Bruce Cox agreed there needs to be some kind of notification process for abutters, he said there is “good justification” to put the burden instead on the applicants, by way of the local newspaper.

“You have to be careful how you undertake these burdens, that’s the problem,” Mr. Cox said.

Town Administrator Chris Cotta echoed those thoughts, encouraging residents to attend the Bowen’s next hearing with the CRMC on June 22 in order to have their voices heard. The CRMC does listen, he said, as exemplified with past proposals, such as the one at Nanaquaket Pond.

“You need to be active to protect the things that you want,” he said.

But that circles back to the root issue, Ms. De Souza said. “You can’t be active if you’re not aware.”

Ultimately, the council agreed to have Town Solicitor Mike Marcello write a letter to the CRMC detailing the concerns that were raised that night, signed by council President Denise deMedeiros.

In the days since that meeting, residents living in the area mobilized, their swift response ultimately rewarded. On Thursday, June 17, the CRMC granted a continuance of the Bowens’ hearing, its new date yet to be determined.

To sign up for alerts from the CRMC, visit Cstaff1@crmc.ri.gov.