Town working with state fire marshal to allow office, thrift shop and a few other rooms to keep running past June 30

PORTSMOUTH — There may be some people milling around in the Portsmouth Multi-Purpose Senior Center on July 1 after all.

Town working with state fire marshal to allow office, thrift shop and a few other rooms to keep running past June 30 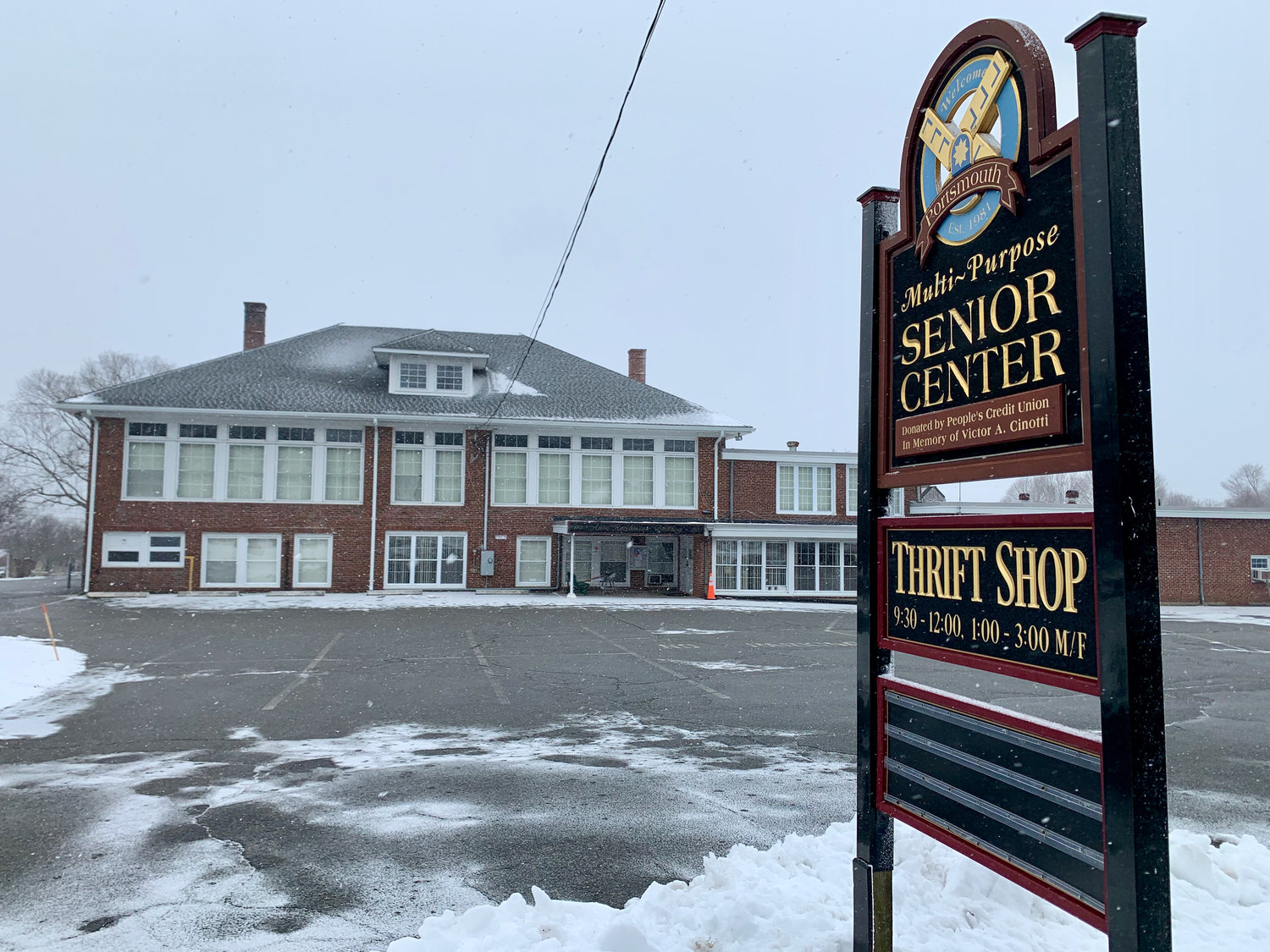 Obviously, we can’t have dances and large lunches and dinners there.”
Keith Hamilton, Portsmouth Town Council
By Jim McGaw

PORTSMOUTH — There may be some people milling around in the Portsmouth Multi-Purpose Senior Center on July 1 after all.

Just before hearing a newly formed nonprofit group’s request to make the necessary repairs to resolve the building’s fire code violations — more on that later — Council President Kevin Aguiar announced a new development that could keep at least a portion of the senior center open past its scheduled shutdown date of June 30.

Mr. Aguiar said “there was some correspondence” Monday between the town and state fire marshal’s office about the possibility of keeping the center “partially open” after a state variance for three fire code violations expires on June 30.

Under this scenario, the center would be allowed to keep its office, thrift shop, library, craft room and game room open, but subject to certain conditions. The remaining portion of the building — including the larger assembly and dining rooms — would remain closed.

“We’ve been in touch with the (senior center) director about this process,” Mr. Aguiar said, referring to Cynthia Koniecki.

Town Administrator Richard Rainer, Jr. said the possibility of keeping some rooms open was discussed by “the town fire marshal and the fire chief, with coordination from the state fire marshal.” Details are still being worked out, he said.

“The inspection was done today and there will be more information coming once the fire chief presents his findings to the state fire marshal,” Mr. Rainer said.

The senior center building, however, “cannot be used as a place of assembly,” he said, because the building has an occupancy limit that exceeds 500.

“Obviously, we can’t have dances and large lunches and dinners there,” added council member Keith Hamilton.

The news that at least part of the building may stay open past June 30 took Mary Ellen Martin, director of the Friends of the Portsmouth Senior Center, by surprise.

The nonprofit group, made up of concerned residents interested in keeping the current senior center open, was on the agenda to ask the council for permission to make the necessary repairs to resolve the remaining fire code violations at the former Anne Hutchinson School.

The group formed after the council voted unanimously last month to enter into a memorandum of understanding (MOU) with Church Community Housing (CCH) on the development and use of senior center and Coggeshall School properties for a mix of affordable housing and a senior center. This course of action would still need council approval before anything is built.

In conjunction with the senior center, the Friends proposed raising the necessary funds to address the three outstanding fire code violations at the senior center: a new sprinkler system (estimated to cost anywhere from $400,000 to $500,000), headroom clearance at the front door and kitchen plenum and duct system work. Ms. Martin said that would allow the senior center to continue operating at its current location until CCH completes its process.

“There’s tremendous community support for the senior center to remain at the Anne Hutchinson building,” said Ms. Martin, noting more than 800 people have signed petitions in favor of keeping the building open.

Mr. Aguiar told Ms. Martin there would need to be a memorandum of understanding (MOU) between the town, the senior center, and the Friends that further defines the proposal, including what specifically will be addressed at the senior center.

Ms. Martin said her group, in conjunction with the senior center, can get an MOU to the council by its next meeting on Monday, March 22.

In a related matter, the senior center management has told the council that recent proposals to allow some senior center activities to take place at the private CFP Arts, Wellness, and Community Center in Common Fence Point and the town-owned Leonard Brown House at Glen Farm are not adequate for the needs of the center.

In a letter to the council, Helen Mathieu, who chairs the senior center’s board of directors, said while the center was grateful for the outpouring of support, the center needs a single, central location while CCH is developing its proposal. While the CFP space is large enough for seniors to enjoy classes, the senior center’s offices would be in the Brown House, on the other side of town. Furthermore, the building at Glen Farm doesn’t have adequate space, said Ms. Mathieu, who also raised concerns over traffic safety in the area.

Both CFP Arts and Recreation Director Wendy Bulk, whose office is at the Brown House, were scheduled to make formal presentations on utilizing their spaces for senior activities. However, in light of Ms. Mathieu’s letter, Mr. Aguiar said there was no point in pursuing the matter further. The council voted unanimously to table the item.

“The board and director of the senior center felt the proposals did not meet their needs,” Mr. Aguiar said. “We can reconsider these down the road as we get into the budget process.”