Also has second-highest recycling rate of any municipality

PORTSMOUTH — The town’s ongoing efforts to keep as much municipal waste out of the state landfill as possible is finally paying off — literally.

Also has second-highest recycling rate of any municipality 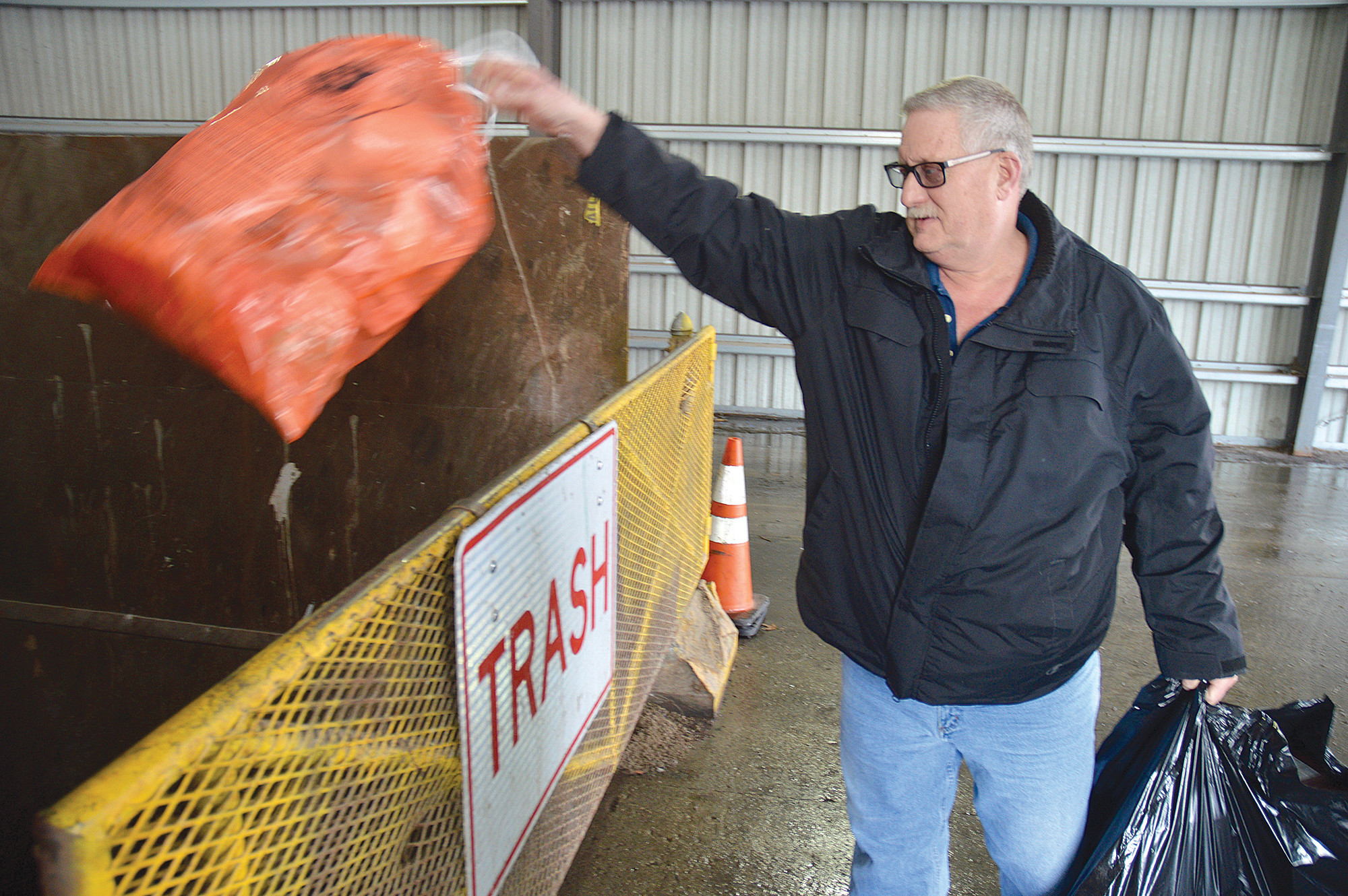 It’s a tremendous story, because (the diversion rate) was so low just a couple of years ago. It’s a credit to everyone who’s worked on it.”
Ray Antaya, Portsmouth's recycling coordinator
Portsmouth's big bump

Here are the top five municipalities in the state when it comes to waste diversion and recycling rates for 2018:

PORTSMOUTH — The town’s ongoing efforts to keep as much municipal waste out of the state landfill as possible is finally paying off — literally.

According to recently released metrics from the Rhode Island Resource Recovery Corp. (RIRRC), Portsmouth now has the highest waste diversion rate (56.4 percent) of any other municipality in the state — a first for the town.

“We have, at long last, surpassed both Middletown and Newport in both categories — bragging rights for sure,” said Recycling Coordinator Ray Antaya.

RIRRC’s report records quantities of municipal waste disposed, recycled or composted by every city or town in Rhode Island during the 2018 calendar year.

“It’s a tremendous story, because (the diversion rate) was so low just a couple of years ago. It’s a credit to everyone who’s worked on it,” said Mr. Antaya.

The diversion rate, he said, measures “everything that doesn’t go as solid waste,” he said. That includes items such as mattresses, propane tanks, metals, construction and demolition (C&D) items, asphalt/brick/concrete (ABC), tires, motor oil, books and clothing and other items that don’t belong in the landfill. It doesn’t include recyclables, which is measured separately, he said.

He credited the dramatic improvements to outreach efforts and changes made at the transfer station on Hedly Street over the past few years, including the implementation of a pay-as-you-throw (PAYT) program beginning in early 2018.

“The systems were already in place,” Mr. Antaya said. “We’ve simplified it the last couple of years, like moving the (diversion) bins outside and single-stream inside. We tried to educate people when they come in on where things go. It’s combination of things; there’s no single factor,” he said.

PAYT, however, is a “huge” factor, Mr. Antaya said. That program, which requires residents to purchase special orange bags to dispose of their trash, creates a financial incentive for residents to recycle or divert more items in other bins, he said.

“Without that, we wouldn’t be seeing these numbers. Our waste tonnage has gone down. We use to have more waste because we didn’t have the bags, and we weren’t as vigilant,” Mr. Antaya said.

Portsmouth’s increased recycling rate should translate to a refund from RIRRC.

“There are two options for the town to get money back,” Mr. Antaya said. “One is recyclables in general, but we haven’t gotten a recycling rebate in a couple of years because the market has dried up.”

The other is the tipping fee rebate, which varies depending on each municipality’s recycling rate. A city or town with a rate between 25 and 30 percent gets back $1 per ton, and $2 per ton for a rate between 30 and 35 percent. It jumps to $3 per ton if the recycling rate is over 35 percent, as Portsmouth’s was for 2018. The tip fee rebates apply to each municipality’s fiscal year, which ends June 30.

The town’s recycling rate for February was 45.5 percent and its year-to-date rate is currently 39.4 percent with four months to go on the fiscal year. That means Portsmouth is on track to receive the full refund, said Mr. Antaya, which should translate to about $6,000.

Mr. Antaya said he was grateful to Town Administrator Richard Rainer, Jr. and members of the town’s Solid Waste/Recycling Committee for their work on improvements at the transfer station, which ultimately led to the boost in recycling.

“I also want to thank the residents for their patience and support,” he said. “Now they can grasp why we’re as tough as we try to be.”