Isaiah Kittel a member of the men’s heavyweight varsity four

PORTSMOUTH — They were among 40 club members who trained six days a week, and shoveled snow, raked leaves and completed other projects for local residents to raise money for their training …

Isaiah Kittel a member of the men’s heavyweight varsity four 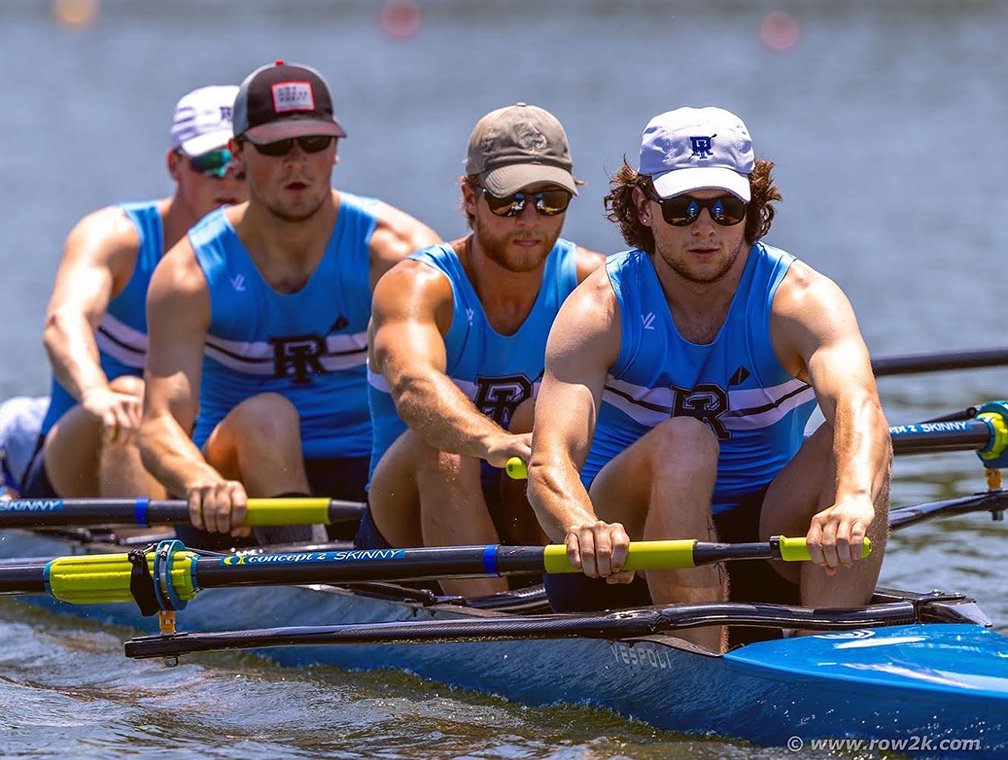 PORTSMOUTH — They were among 40 club members who trained six days a week, and shoveled snow, raked leaves and completed other projects for local residents to raise money for their training and rowing competitions. They were full-time students at the University of Rhode Island during the spring semester, and all of them trained on their own through the worst periods of the COVID-19 pandemic.

All five of them were seniors in terms of rowing eligibility, and three of them missed their URI 2022 commencement ceremonies. But for Isaiah Kittel of Portsmouth, coxswain Kathyrn McGee of East Providence, Bradley Schmidt, Gunnar Rinkel and Levi Comire, the sacrifices and demands all became worth it when they captured the national title for club rowing in the men’s heavyweight varsity four.

Before joining the rowing club, none of them had ever been in a racing shell. Kittel, Schmidt and McGee were in the freshman men’s four for Rhody when they won a national championship in 2019.

With a time of 6.50.020 over a 2,000-meter course at Melton Hill Lake in Oak Ridge, Tennessee, the team won the gold medal at the American Collegiate Rowing Association rowing championships in late May. In the Grand Final, the Rams took the lead at about the 1,300-meter mark and never let up until they crossed the finish line in first place.

URI’s men’s varsity four, which won the New England Championship, captured its first heat, the semifinal and the grand final at the national regatta held over three days in May in sweltering heat. With that victory, a silver-medal finish by the men’s novice four and a bronze-medal finish in the men’s single, the Rams captured the small boat national title, the first time in history that a school other than the University of Michigan won the title.

Rhody was among more than 50 teams at the event.

“It’s hard to put into words what the members of the men’s varsity four and the others accomplished,” URI club rowing coach Tim Nesselrodt said. “I came in at the height of COVID-19 and to see this result was so rewarding. We were pretty confident coming out of the New Englands, but the heat and humidity at nationals worried me. Many teams practice in that kind of weather, but we often train in 40-degree or lower temps with stiff winds.”

Oh, and the coaches and captains piled all 40 members of the team into vans and drove them to and from the competition, a round trip of about 1,900 miles and 28 hours on the road.

At a recent informal gathering to honor the members of the men’s varsity boat, the rowers spoke about the impact of COVID-19 on their training and how all club members stayed connected through technology.

Kittel, who is majoring in supply chain management and is part of the five-year International Business Program, will spend the coming academic year in Taiwan, said, “It’s very much a team sport, with lots of collective suffering. Plus, we had our team work-a-thons (raking leaves, other yard work), which also kept us in shape, helped us bond and raise money.”

Once COVID-19 loosened its group, the entire team got back on Narrow River for its morning workouts. Rowers were on their own in the afternoons, during which they ran, lifted weights or worked on the “erg,” which is short for ergometer, a land-based rowing machine that measures the amount of work performed. Rowers often have a love/hate relationship with their ergs, and it’s not uncommon for the machines to be compared to instruments of torture.

The non-rowing coxswain McGee will enter her fifth year in the six-year doctor of pharmacy program in the fall. Serving as the coach or the quarterback on the water, she did a great deal of research on her position during COVID-19.

“I became a better coxswain because of that research and so I was ready when we returned to the water in the summer of 2021,” McGee said. “Watching the way these four worked, and seeing their drive and commitment was something special. To see that effort rewarded was the coolest feeling possible.”

Kittel talked about what his team and the victory mean to him. “Even if this is our last time together, this is something we will never forget. If we see each other 10 years from now, I am sure we will all have great stories to share.

“We’ve been through about 10 coaches in 4 years, including three or four head coaches,” he added. “But that helped us develop mental toughness.”