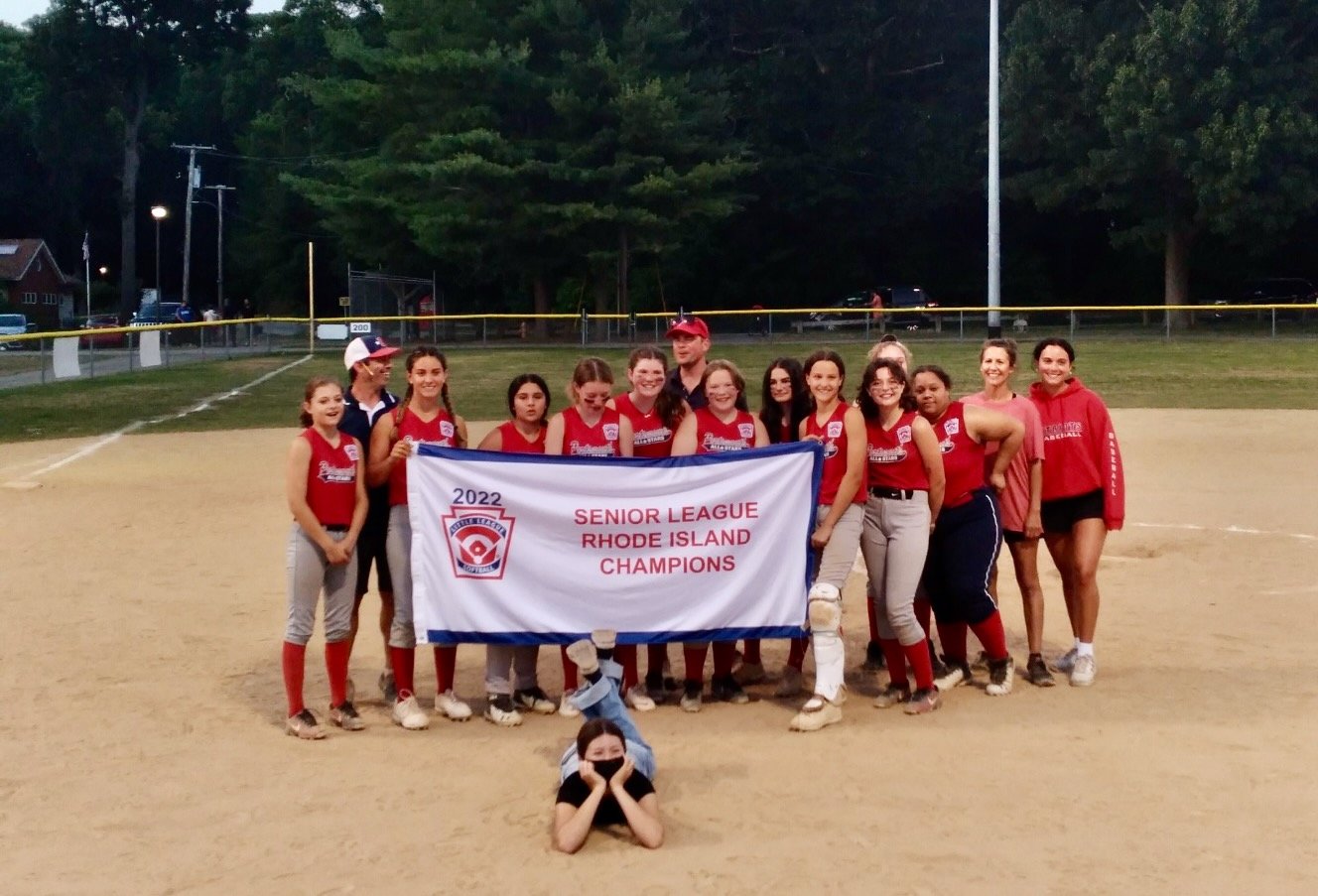 PORTSMOUTH — The Portsmouth Girls’ Senior Little League Softball team defeated Cranston Western to capture the Rhode Island state title on Thursday, July 14. The team will move on to play in the regionals in Worcester, Mass. on Saturday, July 23.

The three-game series against Cranston Western, the District 1 champs, was held July 11, 12 and 14 at Brayton Park, Cranston. Portsmouth captured the District 2 title after going 3-0 in the district playoffs.

Portsmouth won the first game, 18-8, with the mercy rule invoked after five innings.

Mary Rainey pitched four innings and got the win, and had nine strikeouts, including striking out the side in the third inning.  Barbara Rainey pitched a 1-2-3 fifth inning.

Kylie Toner was 2 for 2 at the plate with a triple. She scored three runs, including on after pinch-running in the fifth inning.

The second game was won by Cranston Western, 14-5. Mary Rainey again pitched, this time a complete game. She had 12 Ks, 8 looking. Tatum Brennan went 2 for 3 at the plate, scoring two runs.

Portsmouth won the third and deciding game, 8-5, to bring home the championship. Once again, Mary Rainey pitched a complete game for the win. She again had 12 Ks, including striking out the side in the second. Barbara Rainey was 3 for 4 at the plate, with a walk and one run scored.

Opening ceremonies are at 9 a.m. this Saturday, and Portsmouth will play one of the two Massachusetts teams at 11 a.m. On Sunday, July 24, the team plays at 9 and 11:30 a.m. against Connecticut and the other Massachusetts team.

The girls will play again on Monday and will advance to the semifinals Tuesday if they win. If they lose on Monday, they’re out.