LITTLE COMPTON — The coronavirus barrier at the entrance to Rhode Island Road at Sakonnet Point has been removed but issues remain there including safety and public access. 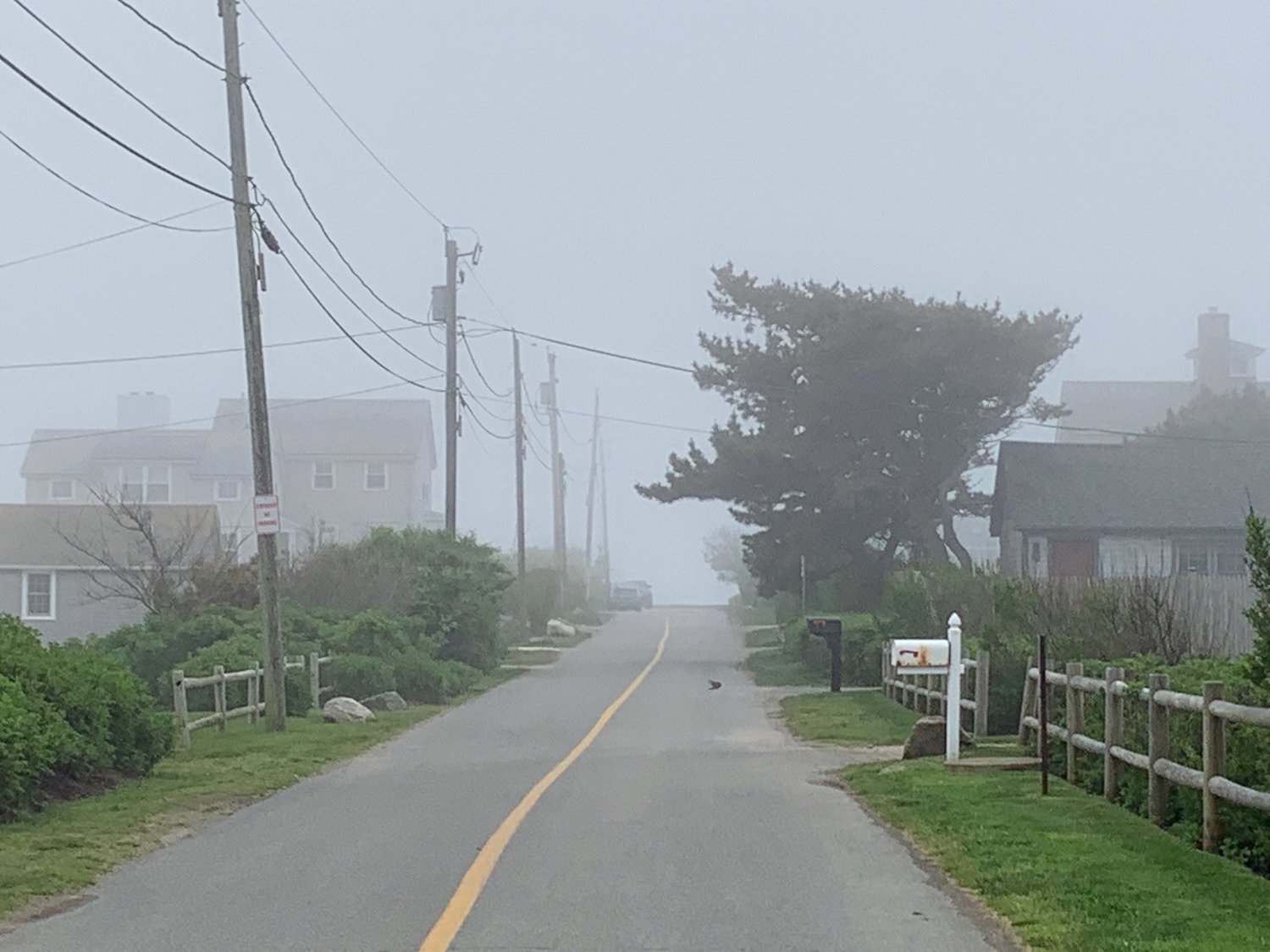 LITTLE COMPTON — The coronavirus barrier at the entrance to Rhode Island Road at Sakonnet Point has been removed but issues remain there including safety and public access.

The Town Council will take those up on Thursday (after the Sakonnet Times goes to press) but already the little road has been the focus of visits by the town administrator (at least five times), the police and fire chiefs, and Town Council members. Road residents have hired a lawyer.

It may be short but Rhode Island Road has lots going for it. The road starts at Sakonnet Point Road’s final curve before Sakonnet Harbor, then runs south to near Lloyd’s Beach. It offers spectacular lighthouse and ocean views and has long been a place where residents, and sometimes non-residents, park to walk to the beach.

But that parking (a sign proclaims it temporarily closed to parking at the moment) had also raised concerns among people who live there that emergency equipment, including fire engines and ambulances, might not be able to squeeze past parked cars to reach houses down the road.

The police and fire chiefs were brought out for a look and agreed that vehicle access could be a problem.

Late last August, “The two chiefs and I visited and what we observed was that it was pretty narrow,” Town Administrator Tony Teixeira said, perhaps so narrow that, with cars parked along the side, a fire engine might indeed have difficulty.

But when that led to talk of banning parking along the road, some “on the council said, ‘Time out … That road is wide enough that it should be able to accommodate parking and emergency access,’” Mr. Teixeira said.

So the town had a survey done, he said, and “sure enough, the road right-of-way is exactly 33 feet wide.”

The survey revealed, Mr. Teixeira said, that, over time, there has been encroachment on the public right of way with plantings and boulders.

He added that the solution seems straightforward and that he would be disappointed to see it turn into a costly legal dispute.

Council member Gary Mataronas said he objects to any attempt to close off Rhode Island Road to parking and worries that pushing parking to Sakonnet Point Road would create a new danger by forcing pedestrians and cyclists into that busier roadway.

And he said he fears that “If we close down that road (Rhode Island Road), a precedent will be set” that would block residents from shore access parking on other local roads.

The Little Compton town website has instructions for viewing and participating in remote council meetings.