Parents vs. The State over school mask mandate

A small group of Moms and Dads are fighting the State of Rhode Island and its school mask mandate; despite their recent defeat, they found a small victory

On Aug. 19 of this year, Rhode Island entered a new phase in the Covid-19 pandemic. Citing the increased presence and spread of the Delta variant, which triggered a mini-surge in cases from July into …

Parents vs. The State over school mask mandate

A small group of Moms and Dads are fighting the State of Rhode Island and its school mask mandate; despite their recent defeat, they found a small victory 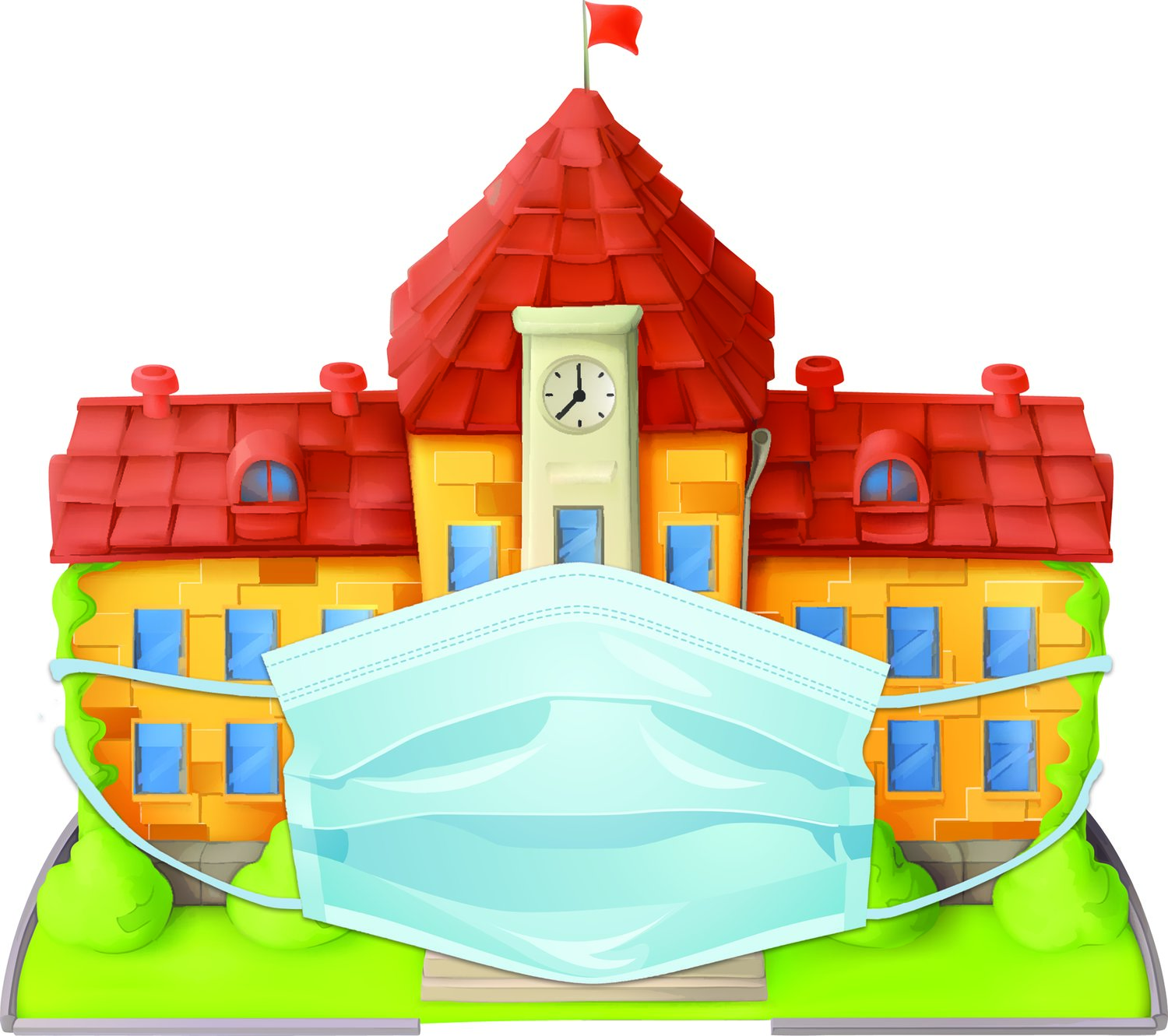 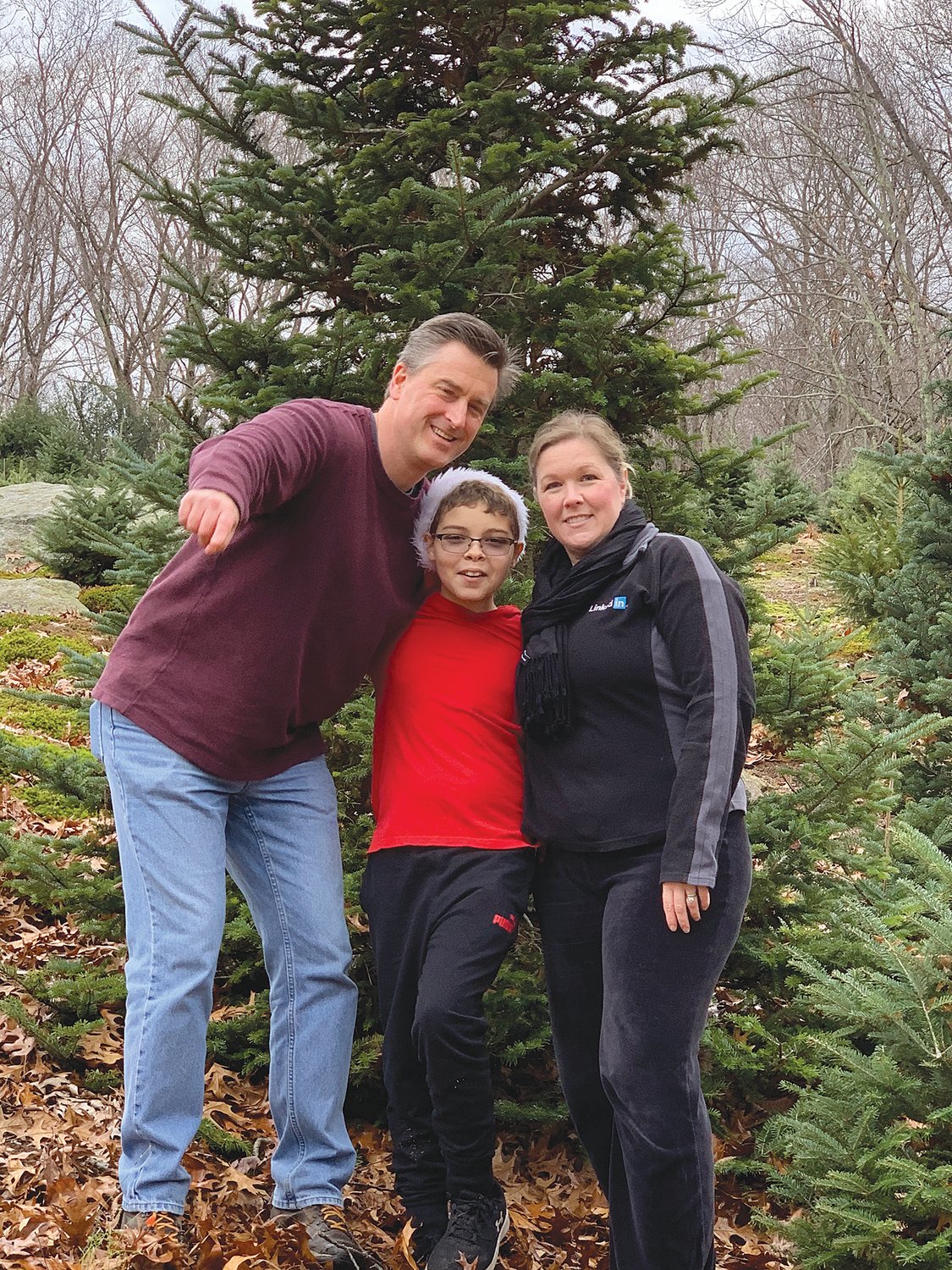 Richard Southwell (left) is leading a group of parents fighting to remove Gov. Dan McKee’s mandatory masking order in schools. He and his wife decided to home-school their son, rather than send him to school in the current environment.
Previous Next
Posted Friday, December 17, 2021 6:02 pm

We figured that before long, the world would come to its senses. We figured that might be after the holiday break. Well, here we are a year later.”
Richard Southwell
By Scott Pickering

On Aug. 19 of this year, Rhode Island entered a new phase in the Covid-19 pandemic. Citing the increased presence and spread of the Delta variant, which triggered a mini-surge in cases from July into August, Gov. Daniel McKee declared a new State of Emergency for the Ocean State.

That same day, he also declared that every student, teacher, staff member or visitor entering any K-12 school building in the state must abide by a universal mask mandate. Executive Order 21-87 went into effect immediately and would remain in effect for 30 days. That order has been renewed every month since, with the latest announced last Friday, Dec. 10, effective through Jan. 8.

Though many people were expecting a mask mandate of some form in the schools, including school administrators who were considering their own mandates back in August, the announcement caught thousands of students and parents by surprise. After spending their summer eating in restaurants, playing sports and traveling on vacation, they were stunned to learn they would go back to wearing masks seven hours a day.

Some parents were more than stunned. They were angry. And before long, a tiny band of them got together and took a stand.

Led by Richard Southwell, an actuary and father from Gloucester, they filed a lawsuit — Southwell, et. al. v. McKee — suing the governor and Rhode Island Department of Health Director Dr. Nicole Alexander-Scott and demanding removal of the universal masking requirement in schools.

At the same time as the lawsuit was filed, with the understanding that the wheels of justice move slowly, the parents filed a motion for injunctive relief — meaning they asked the court to intervene immediately because time was of the essence. One of the requirements for the court to grant injunctive relief is for the plaintiffs to prove there will be “irreparable harm” if the action is allowed to continue.

The court moved relatively quickly to hear the case, which included testimony from the number two official in the Rhode Island Department of Health, Dr. James McDonald. Very few people or media watched the court proceedings, but the parents say their attorney, Greg Piccirilli, conducted extensive cross-examination of Dr. McDonald, including getting the affable doctor to admit under oath that no children had died as a direct result of Covid-19 since the start of the pandemic.

In the end, it did not sway the court. Superior Court Justice Jeffrey Lanphear found there was not enough evidence to grant the motion for injunctive relief. The appeal was denied.

However, the judge included one nugget that was exhilarating for the parents, perhaps jarring for the defendants.

Judge Lanphear wrote: “This Court heard credible testimony from multiple Plaintiffs that their children were suffering adverse effects from the requirement that they wear masks throughout the school day. These adverse effects include physical and emotional discomfort and interference with the children’s ability to interact with teachers and peers. Plaintiffs themselves experienced the distress of witnessing their children’s discomfort, and some Plaintiffs made the difficult decision to homeschool their children rather than send them to school with masks … this Court finds that Plaintiffs’ testimony regarding the ongoing impact of the mask mandate on their children suffices to establish a finding of irreparable harm.”

So Judge Lanphear ruled that the extensive use of masks within schools is causing irreparable harm in children. The plaintiffs considered it a big victory within defeat; the defendants considered it a small defeat within a victory — which is why both sides have appealed the decision to Rhode Island Supreme Court.

“It’s very unusual for the side that wins the injunction to say the judgment is not good enough, we need the court to strike down some of the findings. It’s very unusual,” said Southwell, the man who led the fight against the governor and his government.

“If they can get the courts out of these oversight situations of administrative agencies, and if they can go to the world and say, ‘no administrative agency has ever done harm to a school child or any other resident of Rhode Island,’ that gives them a really long runway, and I would say blank check, to do whatever they want, the way that they want, whenever they want. That’s what they’ve been doing, and they want to continue doing that,” Southwell said.

The state’s appeal motion seems to agree with his view, as it states: “The courts, respectfully, are not the right place to decide questions such as: Are the flood waters high enough, is the fire wild enough, or, as here, does the Delta variant pose a risk to the health and safety of Rhode Islanders?”

The Supreme Court has not announced whether it will hear the appeals or not.

Southwell and his wife have one son, a 12-year-old who should be attending school in Ponaganset. They originally planned for him to be in school last year, but changed their minds after learning more about the environment and protocols that would be in place.

“My wife and I vividly remember this one photo that kind of put us over the edge,” Southwell said. “It was the lunchroom, and they showed these single desks, all lined up, and that was where they were going to eat. And if you remember back to your days in schools, the lunchroom was the very best part of middle school. You go to middle school to have lunch, with your friends. So when they kind of crushed that, we decided to home-school. We figured that before long, the world would come to its senses. We figured that might be after the holiday break. Well, here we are a year later.”

Because he does not attend school, the Southwells’ son does not suffer any physical ailments as a result of the mask mandate. The parents says he suffers in other ways. “There’s been a real loss, being home-schooled as a single child,” Southwell said.

He claims the losses are more than just social; they include once-in-a-lifetime experiences. “Things like getting detention because you were caught running in the hall, and then having to come home and tell Mom and Dad about it. That’s a real life learning experience. Well, all those experiences are going away. So that impacts his development, and not in a way that we like. He’s never going to have that sixth-grade year with his friends,” Southwell said.

The Southwells were like everybody else in the early days of the pandemic, in the spring of 2020. They sheltered in place, barely leaving their house for weeks.

“My wife likes to tell the story about the two weeks when we didn’t have milk in the house, because you didn’t want to go out for milk. It was dry cereal for everybody, and it wasn’t the end of the world,” Southwell said. But their views slowly changed. “We started to learn more, we started to see more, peoples opinions changed, and some of the regulations became a little more arbitrary, a little inconsistent, and a little bit more difficult to justify. And if you started to ask too many questions, then you kind of got branded as an anti-science heretic.”

Southwell wants to win their lawsuit. He wants the mask mandate to go away. He want to send his son back to school. But he is unwilling to send him back under current circumstances.

“A lot of parents will say, and have said, that it’s not just the mask mandate, it’s the enforcement of the mask mandate, and the way that certain staff, certain teachers, choose to operate their classrooms and interact with the children over masks. Some of them, certainly not all of them, are extremely rough, and not very nice … The enforcement is very much part of the problem as the mandate itself,” Southwell said.

He does not blame all teachers. Many are struggling under the same rules, he said.

“I give teachers a lot of credit, because regardless of what side you’re on, it is not as much fun going to work every day as it was pre-pandemic. You’ve got to deal with all of this, and all the different views of parents, and colleagues who feel the same or differently … and all that stress. And none of it has anything to do with education, or anything to do with getting kids ready to go out into the world. This is not what they signed up for.”

Meet some of the East Bay parents who joined the lawsuit to fight Rhode Island's school mask mandate:

School should not be a scary place for children

Headaches, harm and a Mom who decided to fight

My daughter has a right to breathe oxygen

Five kids and lots of problems, both physical and emotional

The court's ruling on the request for injunctive relief

The State's appeal of the court's ruling

Editor's note: We understand some readers will react strongly to this and related stories. Why did we spotlight this case and the people behind it? We think the case is noteworthy for several reasons: a) the potential impact on a policy affecting more than 150,000 people (students and teachers); b) the fact that a Rhode Island court found credible evidence of "irreparable harm"; c) the fact that both sides have appealed the same ruling (this is unusual); and d) because this case has received relatively little publicity thus far. We chose to spotlight four of the families involved in the case so that readers can learn more about who is behind the case — to know some of the people who are paying out of their own pockets to sue their governor and government. Lastly,  please know that we do not share their stories to celebrate them or lift them up. We make no judgment on their opinions. We are simply sharing their words; take from them what you will.