Pact to purchase streetlights in E.P. is expected to be finalized shortly

EAST PROVIDENCE — East Providence and National Grid are soon expected to complete the last details of an agreement over the purchase of streetlights on city-owned streets, clearing the way for …

Pact to purchase streetlights in E.P. is expected to be finalized shortly 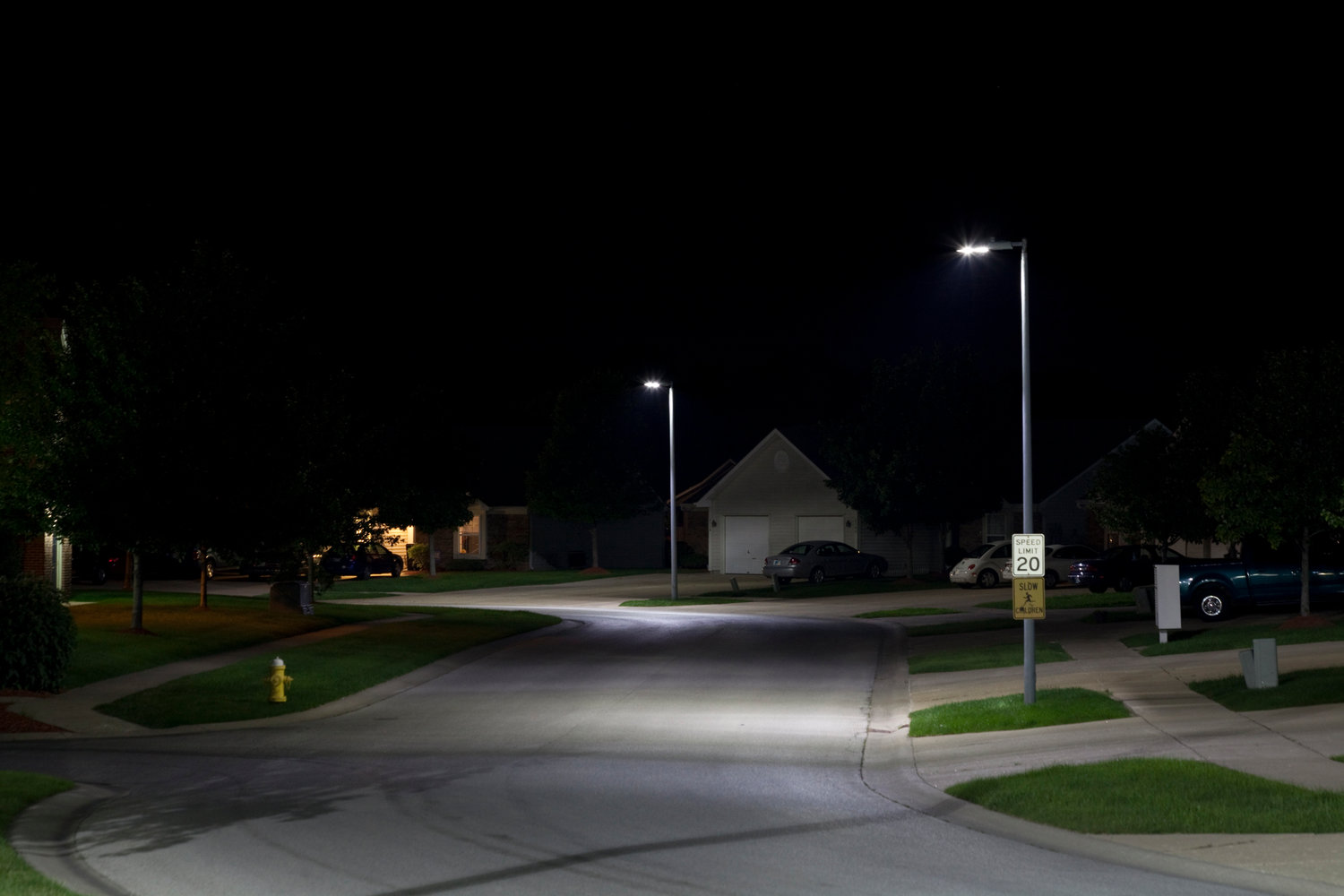 A typical residential neighborhood with LED streetlights as depicted by the U.S. Department of Energy.
Posted Friday, November 5, 2021 1:43 pm
By Mike Rego

EAST PROVIDENCE — East Providence and National Grid are soon expected to complete the last details of an agreement over the purchase of streetlights on city-owned streets, clearing the way for their long-anticipated eventual conversion to the more energy efficient and economical light emitting diode (LED) fixtures.

Mayor Bob DaSilva said Friday, Nov. 5, the administration “hopes to close the deal within the next couple weeks with National Grid.”

As announced in September of 2021, the city had agreed to the parameters of an agreement to buy the streetlights from Grid for about $286,000. The administration has through a Request for Proposal (RFP) process already secured the services of Cranston-based RISE Engineering to perform the conversion.

Key to the pact was another deal reached between the parties and the Rhode Island Department of Transportation, which agreed to take over payment and maintenance of streetlights on state roads in East Providence, such as Pawtucket and Taunton Avenues among others, once the city’s conversion is completed.

The promise of the plan here is to replace all 5,200 fixtures on streets throughout East Providence, even those that had been taken out of service or “red capped” in the past.

While the city, and in turn the taxpayers, are expected to see a significant reduction in costs associated with streetlights, estimated to be over $500,000 annually, some in the community worry about the potential negative affects certain LED lighting could have on the environment.

The American Medical Association (AMA) reported out a study on LEDs in 2016 and adopted an official policy statement at the time recommending outdoor lighting at night, particularly street lighting, should have a color temperature (CT) no greater than 3,000 Kelvins (K). Kelvins is the unit of measurement used for LEDs, somewhat akin to wattage for traditional lighting.

The statement noted white LEDs at CT 4,000K or 5,000K, used in similar streetlight conversions in places like Seattle and New York, contained a potentially more harmful level of short-wavelength blue light. The increases, the AMA continued, in white and/or blue wavelengths can disorient some drivers on roadways while also possibly impacting sleep patterns in residential areas. They could also be detrimental to some species of birds, insects, turtles and fish.

The United States Department of Energy has also chimed in on the matter, producing an article in 2017 titled, “5 Common Myths about LED Street Lighting.” (https://www.energy.gov/eere/articles/5-common-myths-about-led-street-lighting)

DaSilva said he was aware of those matters, adding, “Our concerns are two-fold: We don’t want to keep residents up at night, but we also want to save money.”

With that in mind, the mayor said before any full transition takes place test sites will be situated in city to determine what fixtures are most suitable for use. At the moment, the plan is to install two or three different types of LEDs on Centre Street and Taunton Avenue, a pair of relatively high-trafficked and densely populated residential and commercial areas.

“We don’t have any definitive plan on what kind of (Kelvins) we’re going to use,” DaSilva continued. “What we’re going to do is have the greatest amount of technology available to use to determine the amount of illumination we need. It will allow us to set a schedule for peak hours of travel with a certain percentage of illumination and less at other times.

“But those finite details are yet to be worked out. We want to see which lights work best in residential and commercial areas first, then we’ll decide. It all can be worked out once we start. And, of course, we’ll welcome any input from the public before we finalize anything.”