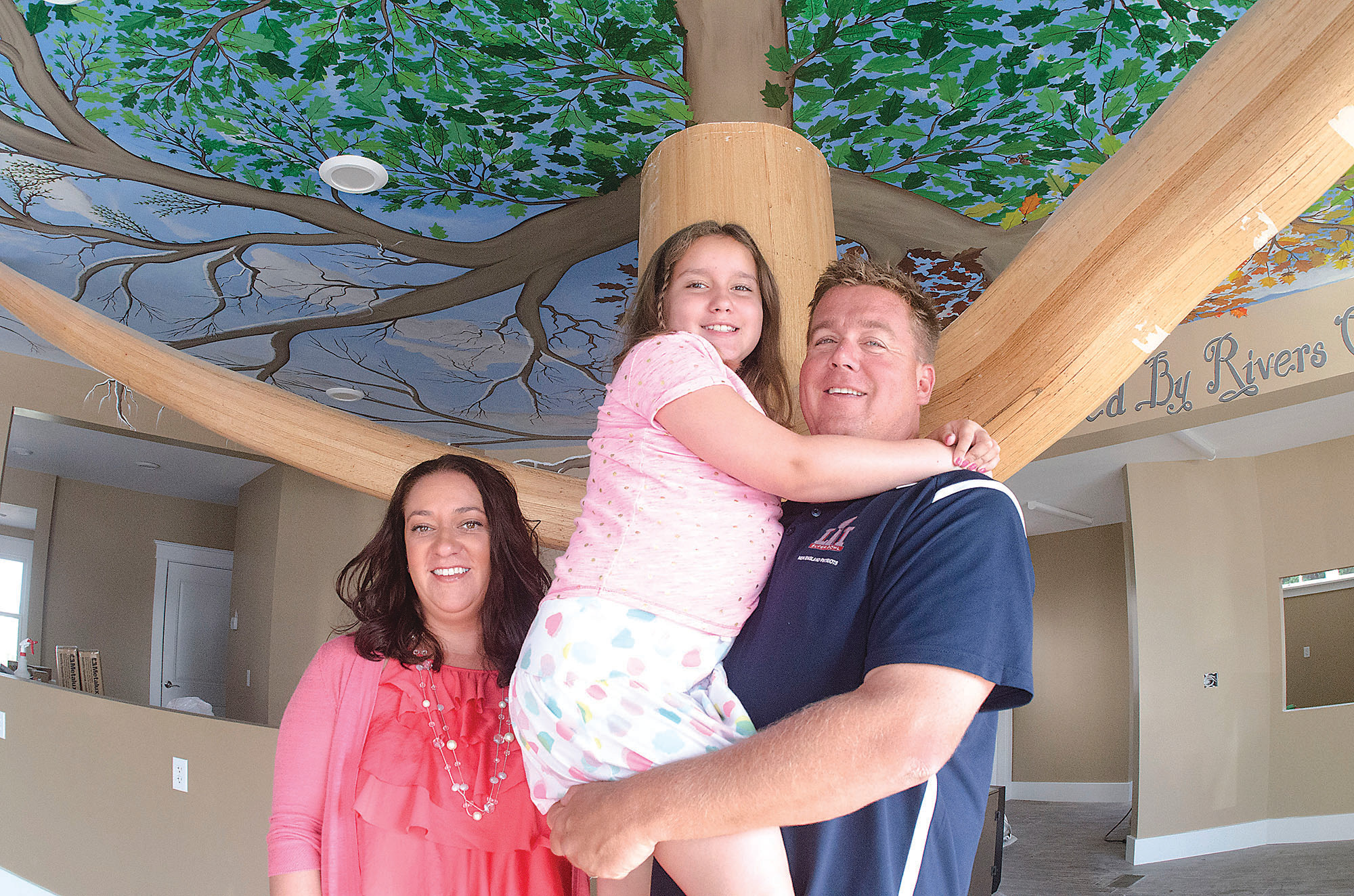 Thrive Coffeehouse owner Kristen Kidd with her husband, Brandon Kidd, and their daughter, Meredith, under a tree sculpture and mural that’s the centerpiece of their new cafe, expected to open in September.
Richard W. Dionne Jr. 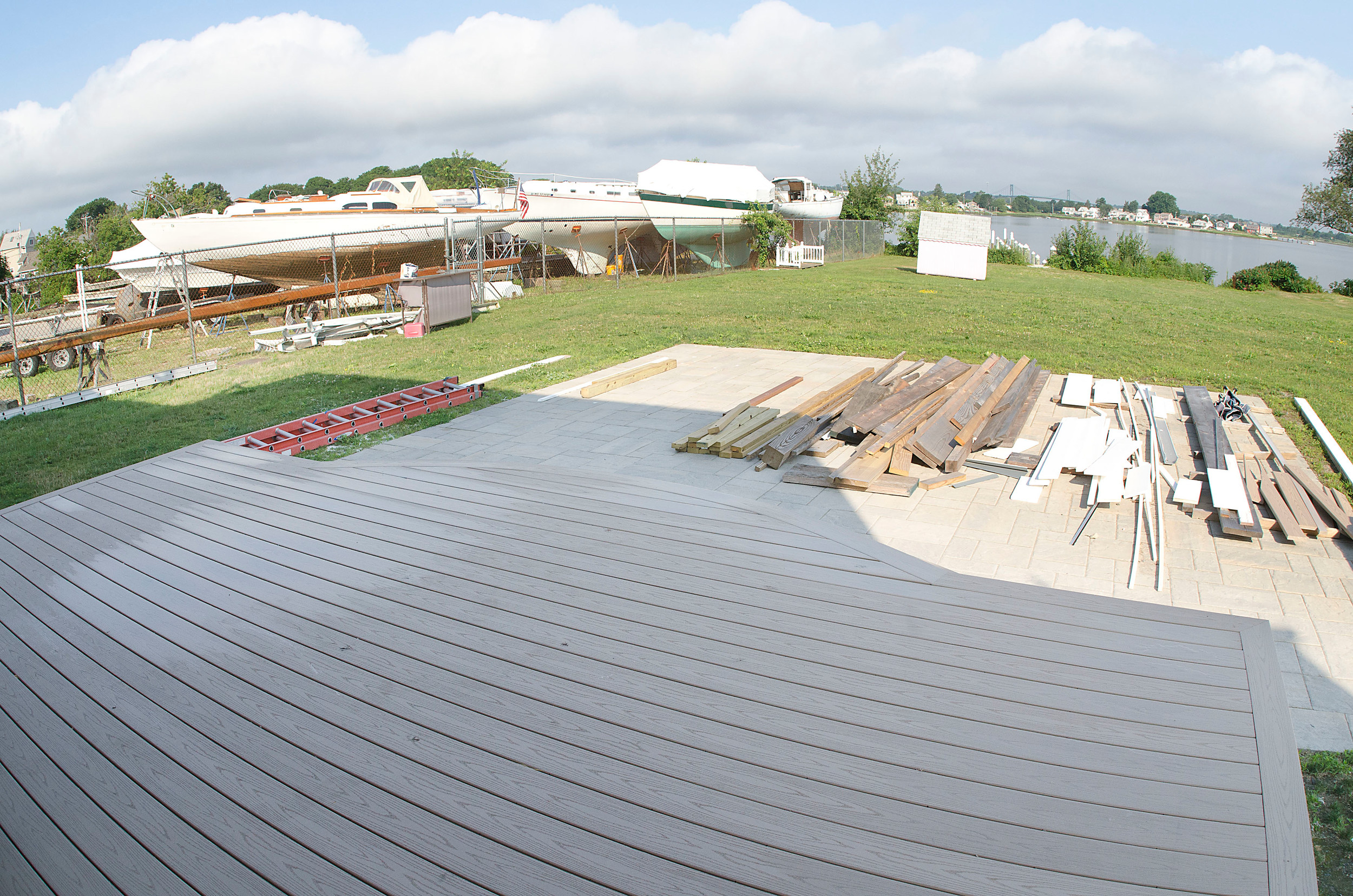 Customers will be able to enjoy views of Blue Bill Cove, and the business hopes to offer kayak and paddleboard rentals next year.
Richard W. Dionne Jr. 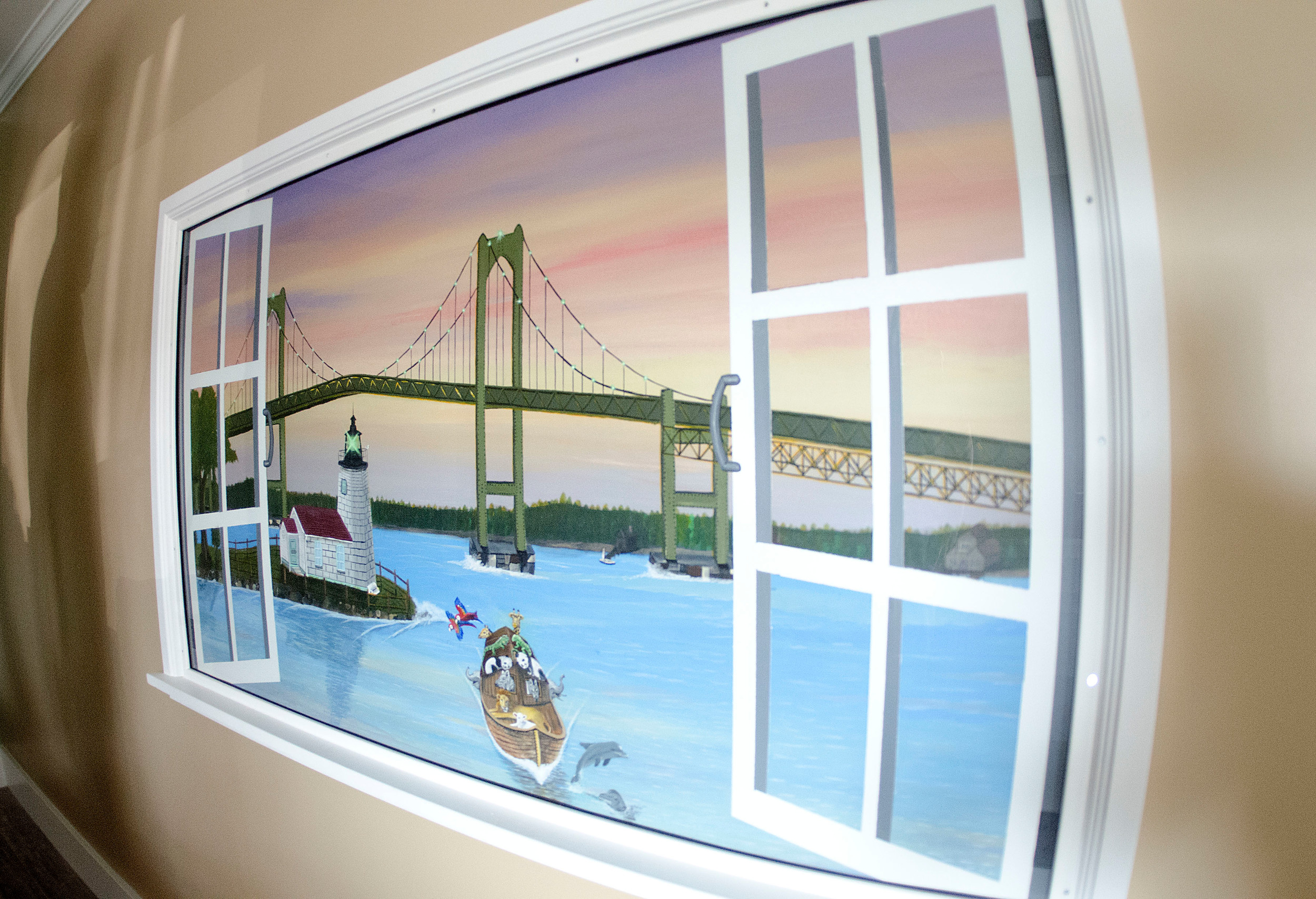 A painting on the wall of the children's room.
Richard W. Dionne Jr. 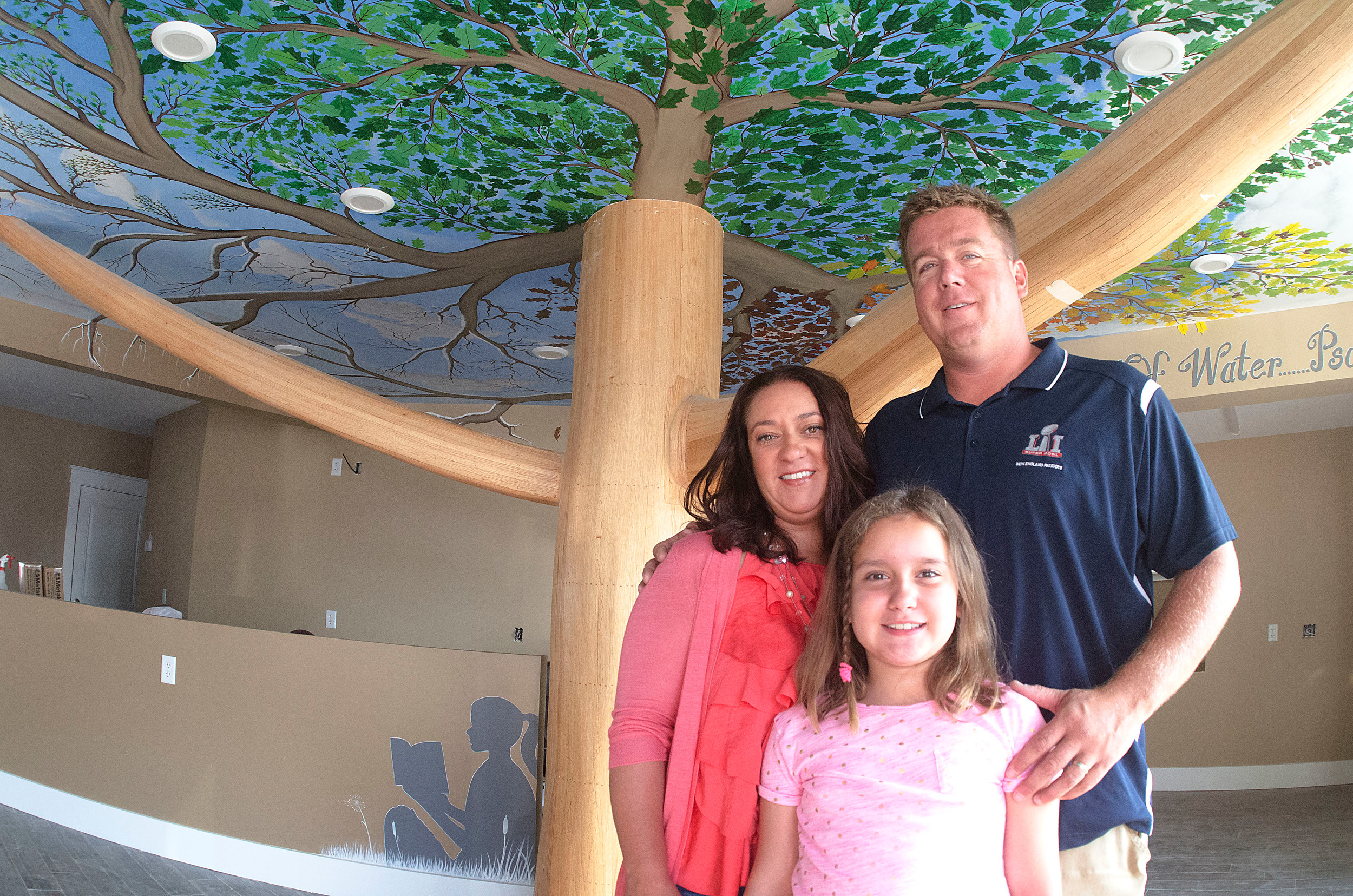 I want it to be somewhere where everyone feels comfortable.”
Kristen Kidd, owner of Thrive Coffeehouse
By Jim McGaw

PORTSMOUTH — If you’ve lived in Portsmouth long enough, you know the building at 706 Park Ave. as the place where you bought goldfish, guppies and mollies for your home aquarium.

“I own a real estate appraisal business, but I’ve always loved this kind of thing — the hospitality business,” said Ms. Kidd. “We’re going to get the coffee from Coastal Roasters and stay local. We’ll have some little pastries, breakfast and sandwiches and stuff like that. But there are no plans in the future to make it a big restaurant or anything.”

Her husband is Brandon Kidd, owner and manager of Pirate Cove Marina, which had been using the building for storage.

Thrive won’t resemble many other coffee shops. With 2,500 square feet, it’s big enough for 50 patrons, a community meeting room and even a kids’ playroom.

“It’s very unique,” said Ms. Kidd. “I want everyone to like it — the contractors, people with kids. I want it to be somewhere where everyone feels comfortable.”

The business also has a great visual centerpiece upon entering: a large tree sculpture built by students from Windham Christian Academy in Maine.

The tree’s branches and leaves are represented on a ceiling mural painted by Juan Montoya, who attends the same church as Ms. Kidd. He’s also working on Thrive’s fireplace.

The kids’ room will feature a large TV and an oversized chair and beanbag chairs for story times, a saltwater fish tank, books, “quiet toys” and a chalkboard wall. The setup will allow parents to have a coffee and snack while keeping an eye on their children nearby, she said.

What makes the coffee shop doubly unique is the large backyard overlooking Blue Bill Cove, complete with a dock that Mr. Kidd installed a couple of years ago. “Starting next summer we’re planning on doing kayak and paddle board rentals,” she said.

Patrons will also be able to use an outdoor patio with Adirondack chairs and fire pit. The spacious parking lot in front will allow the business to host the occasional special event, such as an antique night or a touch-a-truck.

Ms. Kidd was hoping to have Thrive open by now, but now she’s shooting for September. “We have to put in a handicapped ramp still. We’re almost there,” she said.

They’ll have to make sure it opens no later than that, however. Their daughter Meredith, who will be helping out in the kids’ room, has plans.

“She turns 9 in September, and wants to have her birthday party here,” said Ms. Kidd.