Michael Williams has spent most of his life in church, but make no mistake he never wanted to be a pastor.

For more than 40 years, Mr. Williams believed his calling was elsewhere, anywhere but at … 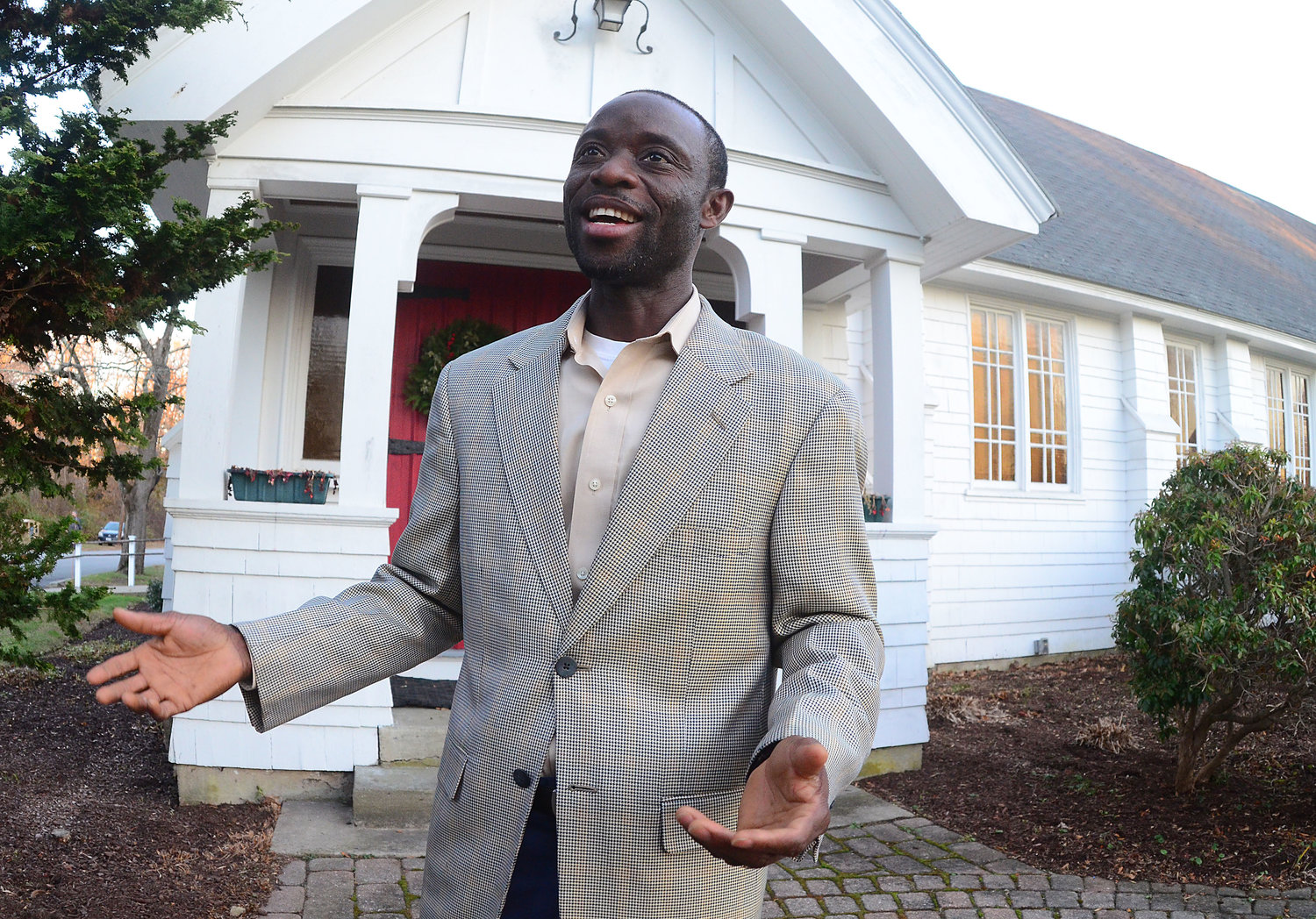 For the last five months, Michael Williams has served as the lay preacher at the Barrington United Methodist Church.
Photo by Richard W. Dionne Jr.
Posted Tuesday, December 24, 2019 10:22 am
By Josh Bickford

Michael Williams has spent most of his life in church, but make no mistake he never wanted to be a pastor.

For more than 40 years, Mr. Williams believed his calling was elsewhere, anywhere but at the front of a church sanctuary, standing in front of a congregation.

But about two years ago, Mr. Williams's life changed — the path he thought had been so clear was replaced with an entirely new journey, and the first stop on that journey has been in Barrington.

Five months ago, Mr. Williams began his new assignment as lay preacher at the United Methodist Church on Washington Road.

"The congregation has been very wonderful. The membership has been very supportive. My wife and I are very excited and we thank God for the opportunity," Mr. Williams said during a recent interview.

Love for the church

"My father was a minister in Liberia," he said, "but I just hated the idea of being a pastor. I didn't want to be that. I love to work in a church. I love it. I grew up cleaning the church. So I love being in the church. But pastoring? Ah, no."

Time and again, however, people close to him would pitch the pastoring idea.

His parents were the first to do so: "You're going to be a pastor," his mother would say. Others at his former parish in Providence, Trinity Church, would say the same thing.

"I will work in a church. I will sing in a church. But I will not be a pastor. It wasn't appealing to me at all," he said.

Meanwhile, life outside the church had been good for Mr. Williams. He had a nice job in the IT industry. He and his wife had moved from Central Falls to a nice home in Warwick. He bought a new SUV.

It was the American Dream come to life.

But in July 2017, Mr. Williams lost his job, and for the next year and a half, he focused his attention looking for new work in the IT field. Time passed, and the job market grew more and more difficult to navigate.

But God, he said, had different plans for him.

The calling Mr. Williams had thought he never heard became so clear. He spent more time reading the bible and grew so comfortable in the scriptures that he would occasionally leave church service feeling like the preacher came up short in his message.

"I would go to church and listen to the sermon and think 'There's a lot more to that than how you're preaching…'" he said.

He went to his church and spoke to the pastor, asking him how to begin the process of becoming a pastor.

"The church has to approve you. Then you become a candidate. Then you have to go through a lot of documentation. You become a certified candidate. That's the path. We're not there yet, we're still going through the path," Mr. Williams said. "Currently I serve here, as what is called a lay preacher."

Mr. Williams said he has enjoyed his time at the Barrington United Methodist Church. He said the congregation is unique.

"It has been very wonderful. I don't think I had any reservations about this congregation. If you are hungry, it doesn't matter what kind of food there is. Everybody wants to eat," he said. "At this time, the congregation is transitioning in their life. It's an older congregation. They've seen a lot. At this level, they want preparation more. I always say to the congregation, 'At our level, our faith should be solid in a way that we don't have any reservations.'"

Mr. Williams said he is not looking to change things at the Barrington church. Instead, he is working to build off of the church's previous leaders: "We are just building on the congregation's strength," he added.

Mr. Williams, 45, said he enjoys his new line of work, his new calling. He said he can now understand how his life experiences — spending so many days working, praying and singing inside a church — have prepared him for his new journey.

"Now I can connect the dots," he said.

The saddest of news arrived on a Sunday, in the form of a text message on Mr. Williams's phone.

Mr. Williams, who traveled back to Liberia to attend her funeral, said he had wished his mother and father could have come to a church service and seen him serve as a pastor. For many years, Mr. Williams's parents, both now deceased, had urged their son to become a pastor.

Mr. Williams can clearly recall his mother's response when he first told her that he was going to be a pastor.

"Why did it take that long?" he recalled.