The 286 Club bringing entertainment and activities to Barrington

Think of it as a high-end sports bar, but with a twist.

The 286 Club, located on Maple Avenue in the space formerly filled by Billy’s, offers an exciting menu, plenty of televisions to watch …

The 286 Club bringing entertainment and activities to Barrington 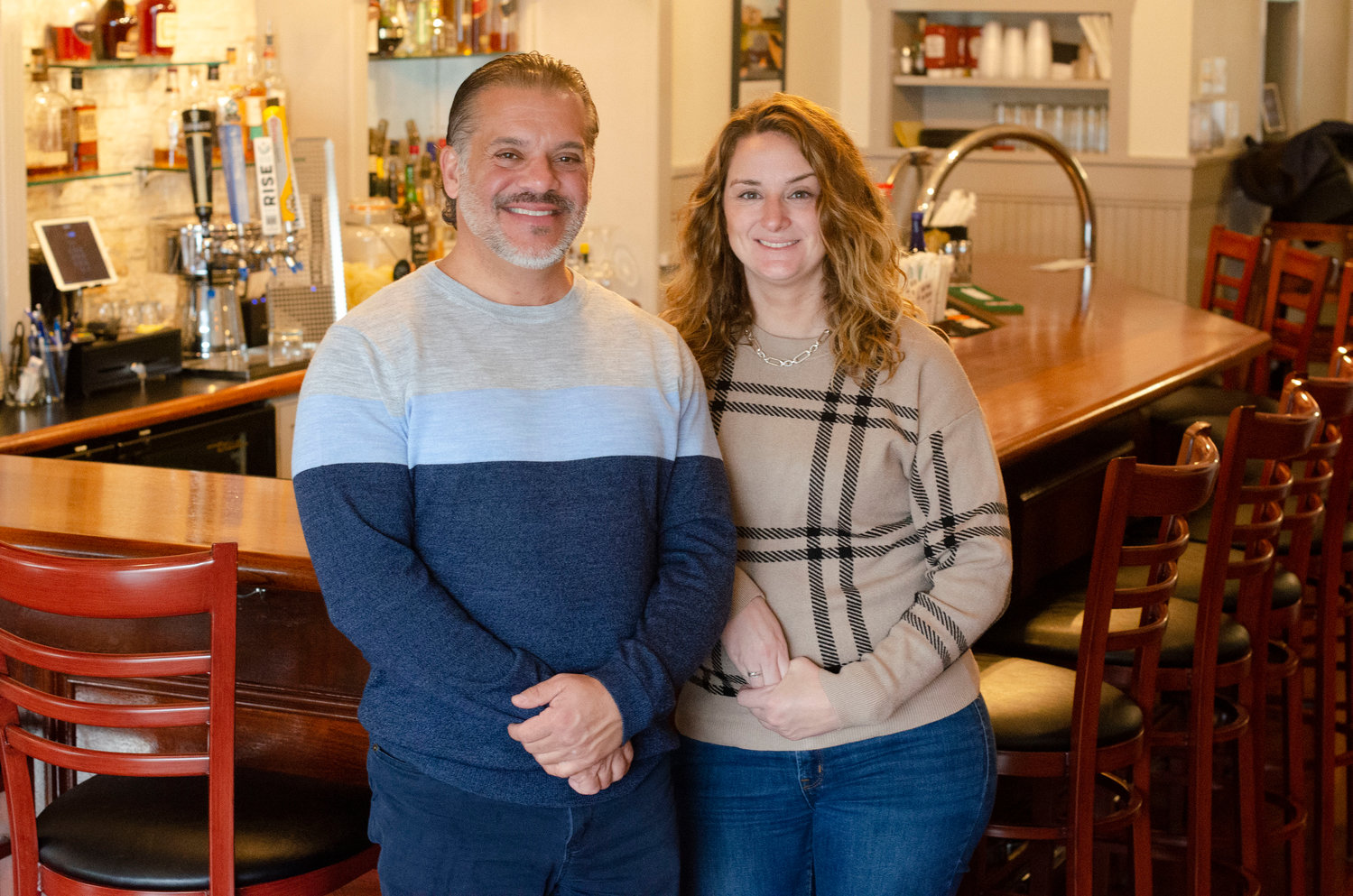 Think of it as a high-end sports bar, but with a twist.

The 286 Club, located on Maple Avenue in the space formerly filled by Billy’s, offers an exciting menu, plenty of televisions to watch the big game, and soon will have two golf simulator machines and a stage for nightly entertainment.

Frank Camera and Katie Blythe opened The 286 Club about eight weeks ago with a clear plan to offer East Bay residents a restaurant with the added attraction of activities and entertainment.

“We wanted to create a place for adults to go and do something,” Mr. Camera said.

The golf simulators will offer just that, he said. The machines, which can also feature different sports simulations, will create an exciting environment within the restaurant. Mr. Camera said the restaurant is expanding into an abutting storefront space inside the plaza — that new space will have the simulators, a stage, and more.

“I think that’s really going to be the turning point,” Mr. Camera said. “I truly think we have good food, good people. That said, the next phase is the game-changer. That’s something that the town has never had. We intend to have golf leagues, co-ed leagues. That adult entertainment component… have a band play. We’re going to mix it up with the music we bring in.”

There is already a trivia night on Wednesdays, with karaoke and music bingo to follow.

“You pre-pay, at a discount, and that’s in your cabinet,” he said, adding that each cabinet will carry an engraved name of the person who owns it. Mr. Camera said other restaurants, such as The Capital Grille, also offer liquor lockers.

“I thought it would be a good addition.”

Mr. Camera said he and Ms. Blythe are attorneys and have extensive backgrounds working in restaurants. He said they have enjoyed opening The 286 Club — “It’s exceeded my expectations,” he said, adding that running the restaurant has been a lot of hard work, too.

He said the menu at The 286 Club offers a combination of dishes. He said there are plenty of bar food options, including burgers, nachos, homemade onion rings and chicken wings. (Those wings recently earned The 286 Club a nomination for best wings in the state in the RI Food Fights contest.) The 286 Club also offers steaks, pasta and seafood dishes.

“As a matter of fact, the meatballs are my recipe,” he said.

Mr. Camera said the executive chef has created some unique dishes also, including a Buffalo Fish and Chips served with a blue cheese tartar sauce.

Mr. Camera said the restaurant is very family-friendly, and he hopes the golf simulators and entertainment become a destination for customers across the East Bay and beyond. He said the simulators are great also for parties, whether they be for teenagers or adults.

Mr. Camera, a Barrington resident, said the community has been good to him and his family and he hopes that through The 286 Club, he has found a way to give back.