Residents near the Kickemuit Reservoir are hiring legal representation and engineers to fight the Bristol County Water Authority's plan to remove the upper Kickemuit dam on Schoolhouse Road, and the … 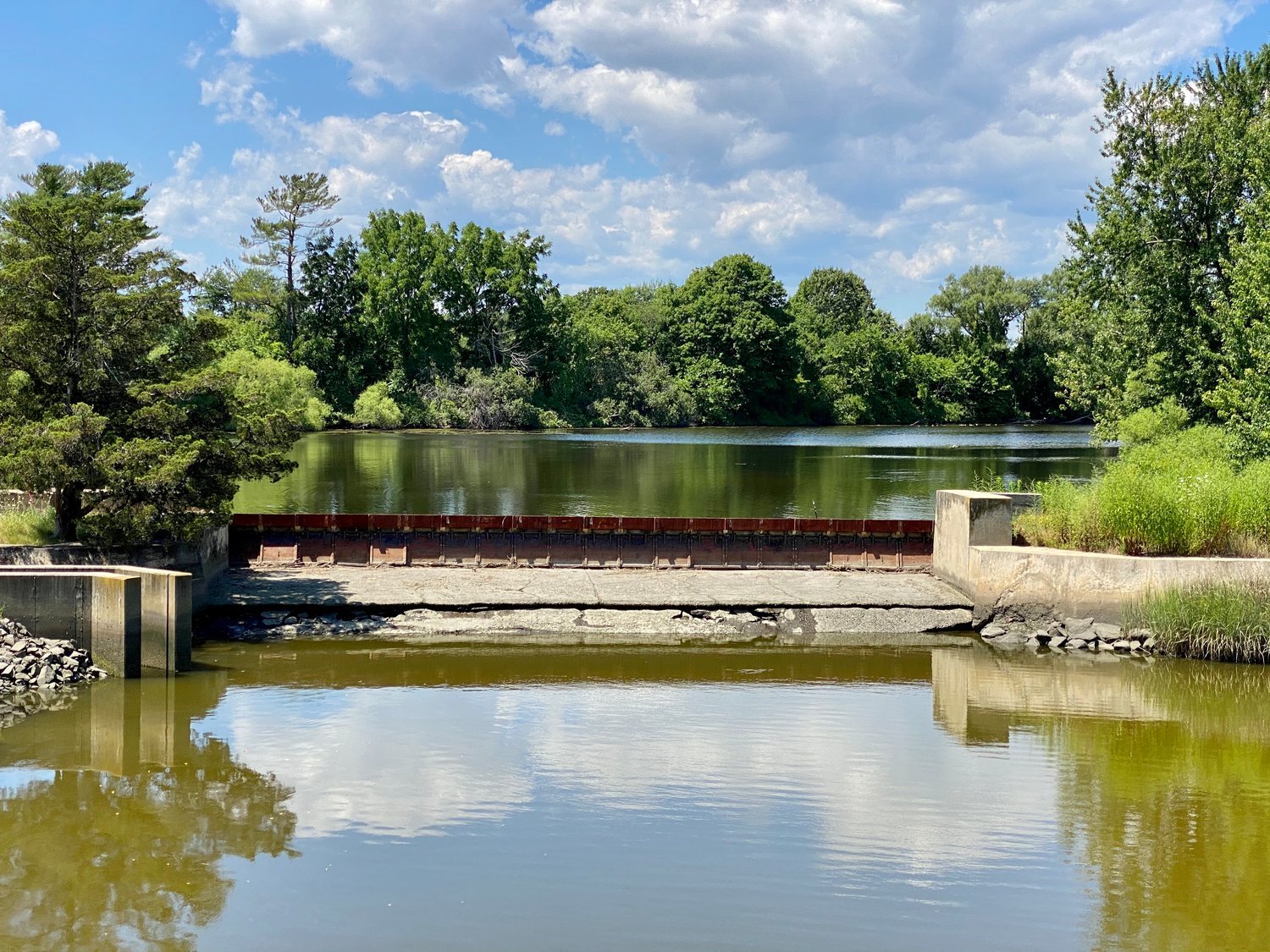 The lower Kickemuit Reservoir dam on Child Street is becoming less and less effective at keeping saltwater from traveling north into the reservoir.
Ted Hayes 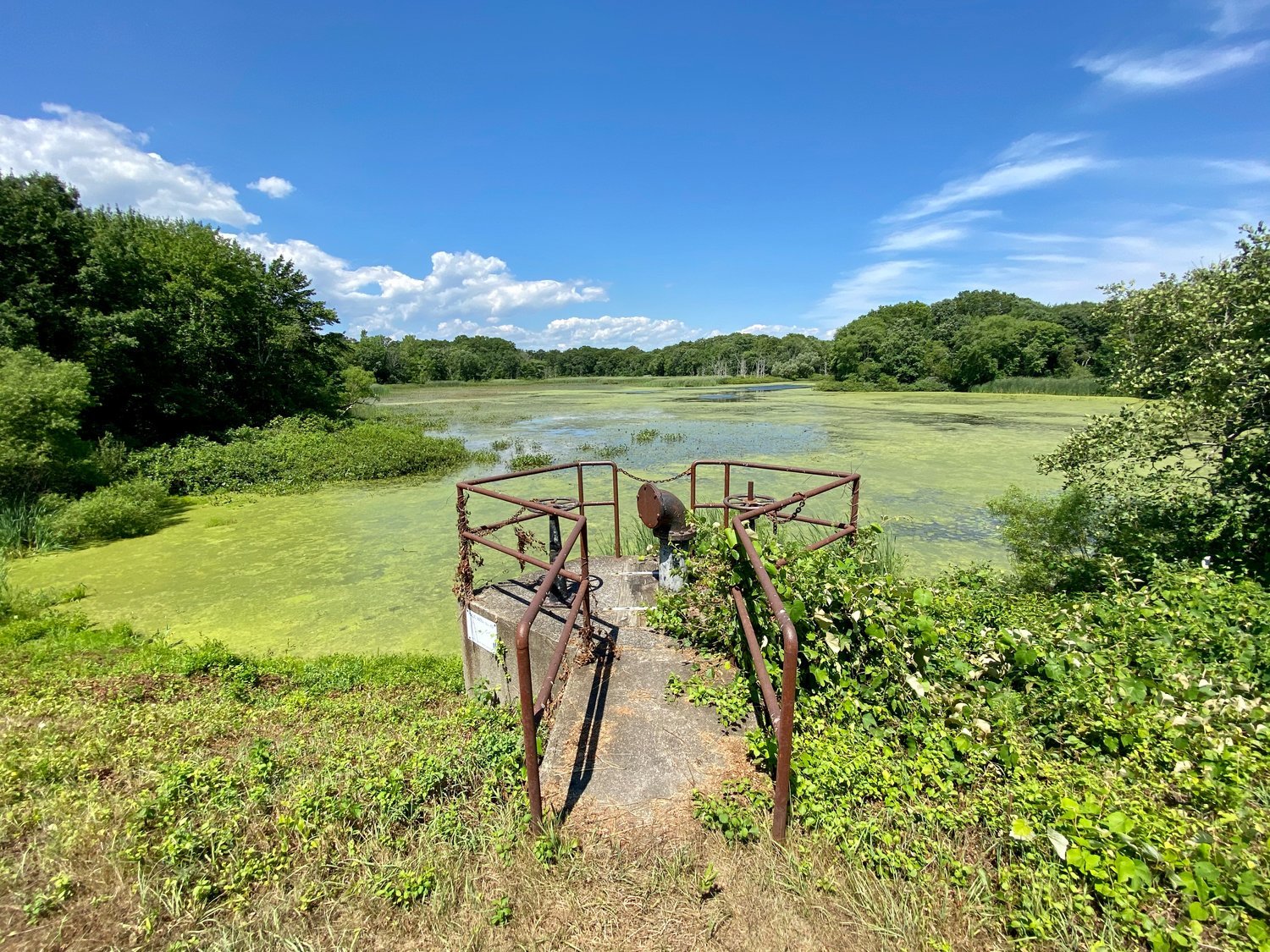 Residents near the Kickemuit Reservoir are hiring legal representation and engineers to fight the Bristol County Water Authority's plan to remove the upper Kickemuit dam on Schoolhouse Road, and the lower on Child Street, claiming their removal will hurt their property values and cause unwelcome changes to the area's hydrology and ecology.

Serpentine Road resident Bob Botelho said the Kickemuit Community Association, which he said represents 240-plus residents who own close to 100 dwelling units in the area, is very concerned about the BCWA plan, which was first floated in 2014 and is close to being ready for permitting.

"We adamantly oppose the dams' removal," he told the Warren Town Council last Tuesday. "Formal opposition to this dam removal has been submitted earlier today."

On Friday, Mr. Botelho said that while he was not ready to name the group's attorney or engineers, agreements are currently being executed. The bottom line is that BCWA officials and the state DEM need to hear and incorporate neighbors' concerns, he said:

"We are amenable to their proposal but the risk needs to be addressed by the BCWA before we would support their process or proposal," he said. "Much of the risks have been ignored (and the BCWA) is making the proposal based on their financial interest."

Why remove the dams?
BCWA officials first began considering whether to remove the dams in 2014, after the state Department of Environmental Management found the public utility in violation of state regulations that specify the upkeep and maintenance requirements of dams — specifically, the upper earthen dam just north of Schoolhouse Road.

DEM officials at the time gave the BCWA two options — repair and maintain the dam's mechanics, or remove it entirely. BCWA officials opted for the second option, reasoning that the dam would no longer be needed as the authority was moving away from using the reservoir as a drinking water supply.

As BCWA engineers began researching the issues, they eventually determined that the lower dam should go too, as with sea level rise it is becoming less and less effective at keeping saltwater from infiltrating the reservoir north of Child Street.

Much of the past several years has been spent working with Save The Bay and the DEM to research the dams' removal, and looking for funding sources to help pay some of the cost.

Outgoing BCWA executive director Pam Marchand said Friday that the dams' removal is expected to cost north of $2 million, and the projects are currently in their design phase and are close to being sent to the state for permits.

"We're trying to be good stewards here," she said Friday. "It would certainly have been easier for us not to remove the dams. But there definitely has been a degradation of the water quality, and it's getting worse."

Who is the advocate?
Mr. Botelho, who owns homes at 39 and 43 Serpentine Road, has been a regular attendee at recent town meetings during which development projects in his area have been discussed. Last month, he appeared before the Warren Planning Board to talk about his fears that the redevelopment of the Windmill Hill golf course into a large solar farm would impact his property, especially when combined with the BCWA project.

At the time, he asked town officials to persuade the BCWA to work with TurningPoint Energy, the solar farm developer, to address his concerns. Planning Board members and assistant town solicitor Ben Ferreira responded that state enabling laws that created the BCWA give the town little no ability to compel the BCWA to work with them or anyone else.

That stance was echoed again at last week's council meeting.

At most, he said, as the town owns property in the area it could raise issues as an abutter, or fulfill an "advocacy role" by making sure residents' concerns are being heard by the DEM and responded to by the BCWA.

Still, Warren Town Council president Keri Cronin said, "this definitely warrants some acknowledgement and discussion. There are issues regarding public health, environmental concerns, fire suppression, property value issues, land use issues, historic preservation issues, the health of the freshwater habitat and on and on."

The Child Street dam
Among the neighbors' main concerns is what will happen when the lower dam is breached, allowing saltwater tidal flow to return after being absent for more than a century.

BCWA and Save The Bay studies, which include marsh core samples, have shown a clear rise in saltwater infiltration in recent years, which occurs during moon tides and severe weather events. Though that intrusion is disturbing the current freshwater ecology, Save The Bay's Wenley Ferguson said last week, a saltwater channel is the natural state of the area. Returning the waterway to that state will undoubtedly change the area, she said, though that is not necessarily a bad thing from an environmental perspective:

"By removing the lower dam (on Child Street) both the lower impoundment and that tidal influence will extend all the way up beyond Schoolhouse Road," she said. "There is going to be more flood storage capacity because you will have a narrower (Kickemuit River) and a tidal channel."

BCWA and Save The Bay officials are currently doing more studies on the impact the work will have on the height of the river, its' eventual width, and what that will mean for adjacent properties.

Fiscal irresponsibility alleged
At last week's meeting, Mr. Botelho said he and other neighbors blame the whole situation on the BCWA's alleged mismanagement of the reservoir and upper dam.

"That overflow" over the lower dam is minimal, he said. And "the mismanagement of those dams and potential mismanagement of the fish ladder definitely increases my apprehension (to trust) a quasi-government agency who is trying to claim public authority autonomy to push forward a project."

"What it comes down to is, what do we as a community do? The mere fact (is) that we have a broken window and you want to remove the window and sink the whole ship, because you've got a life jacket and you're gone," he said. "There are other residents in that ship that are going to sink down to the bottom."

He implored council members to do what they can to make sure residents' concerns are heard and make it to the DEM during the permitting phase.

"I would not sell the town short" in the jurisdiction realm, he said. "The town is absolutely right in ensuring oversight."