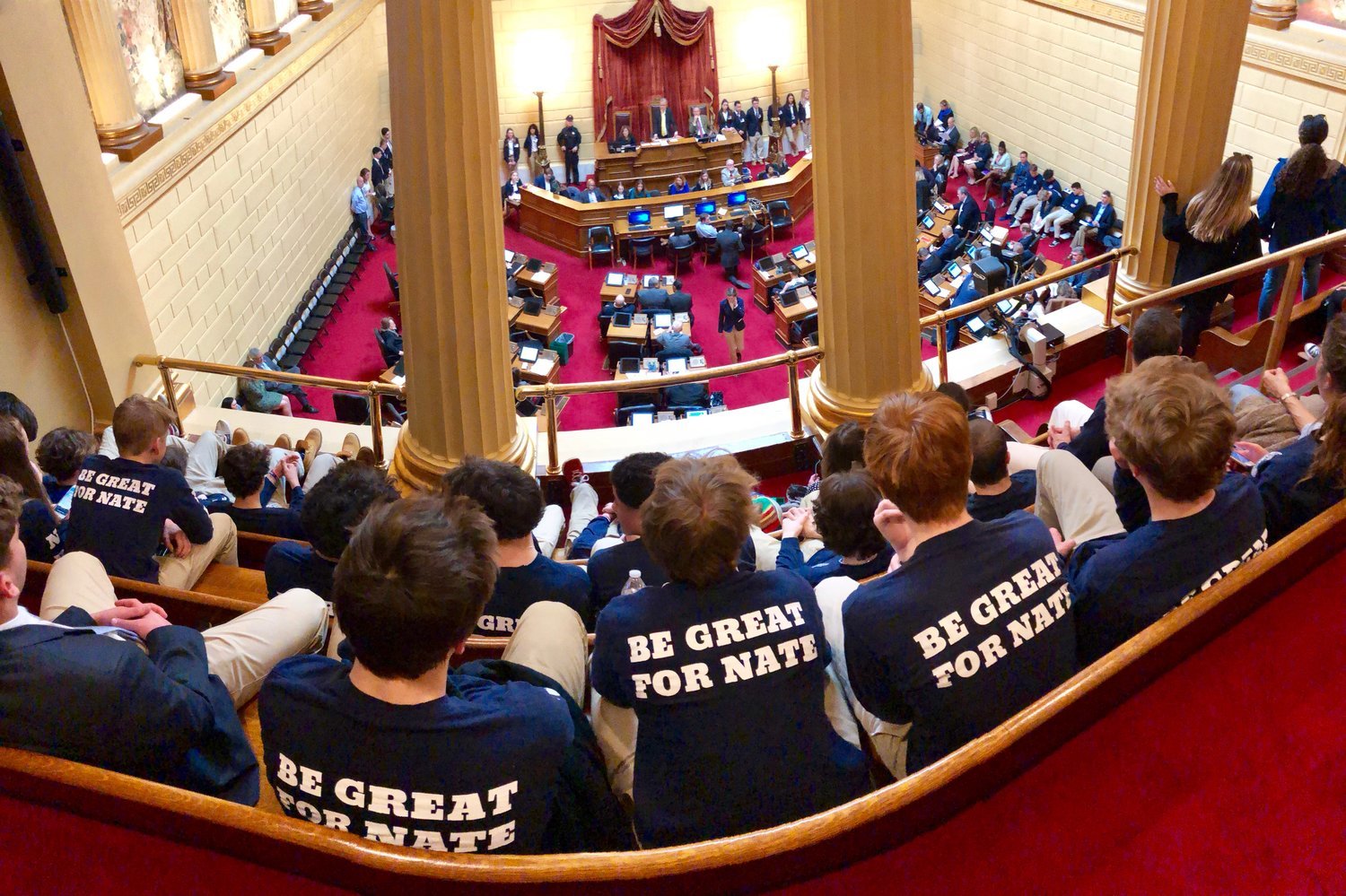 The Nathan Bruno and Jason Flatt Act (2021-S 0031) would require all school personnel — including teachers, administration, custodians, lunch personnel, substitutes, nurses, coaches, and coaching staff, even if volunteers — to be trained in suicide prevention and awareness. The state Department of Education would establish the guidelines for the training curriculum.

The bill is named for Nathan Bruno, a 15-year-old Portsmouth High School student who sadly took his life in 2018.  Part of the bill is modeled after a state law passed in Tennessee and 19 other states, which was named after Jason Flatt, a 16-year-old from Nashville who took his own life.

“Suicide awareness and prevention is critical for students of all ages,” said Senator Seveney. “We must take action to ensure all adults with whom they interact at school are able to recognize the signs of students who are at risk. Nathan Bruno’s tragic death showed us how important it is for everyone who works with students to recognize the signs and to know how to properly handle those situations. It can save kids’ lives.”

Nate’s high school friends formed a nonprofit called “Be Great for Nate” and an associated program called the Every Student Initiative. Their hard work was the impetus of this legislation, which they participated in crafting to help prevent other young people from suffering the way Nathan did.

According to the Centers for Disease Control and Prevention in 2016, suicide was the second leading cause of death for those between the ages of 10 and 34. In 2017, one in nine middle school students in Rhode Island made a suicide plan.

The measure now moves to the House of Representatives, where similar legislation (2021-H 5353) has been introduced by Rep. Terri Cortvriend (D-Dist. 72, Portsmouth, Middletown).