Library installs one at playground, another going in at Bristol Ferry

PORTSMOUTH — Is there a little free library near you?

Library installs one at playground, another going in at Bristol Ferry 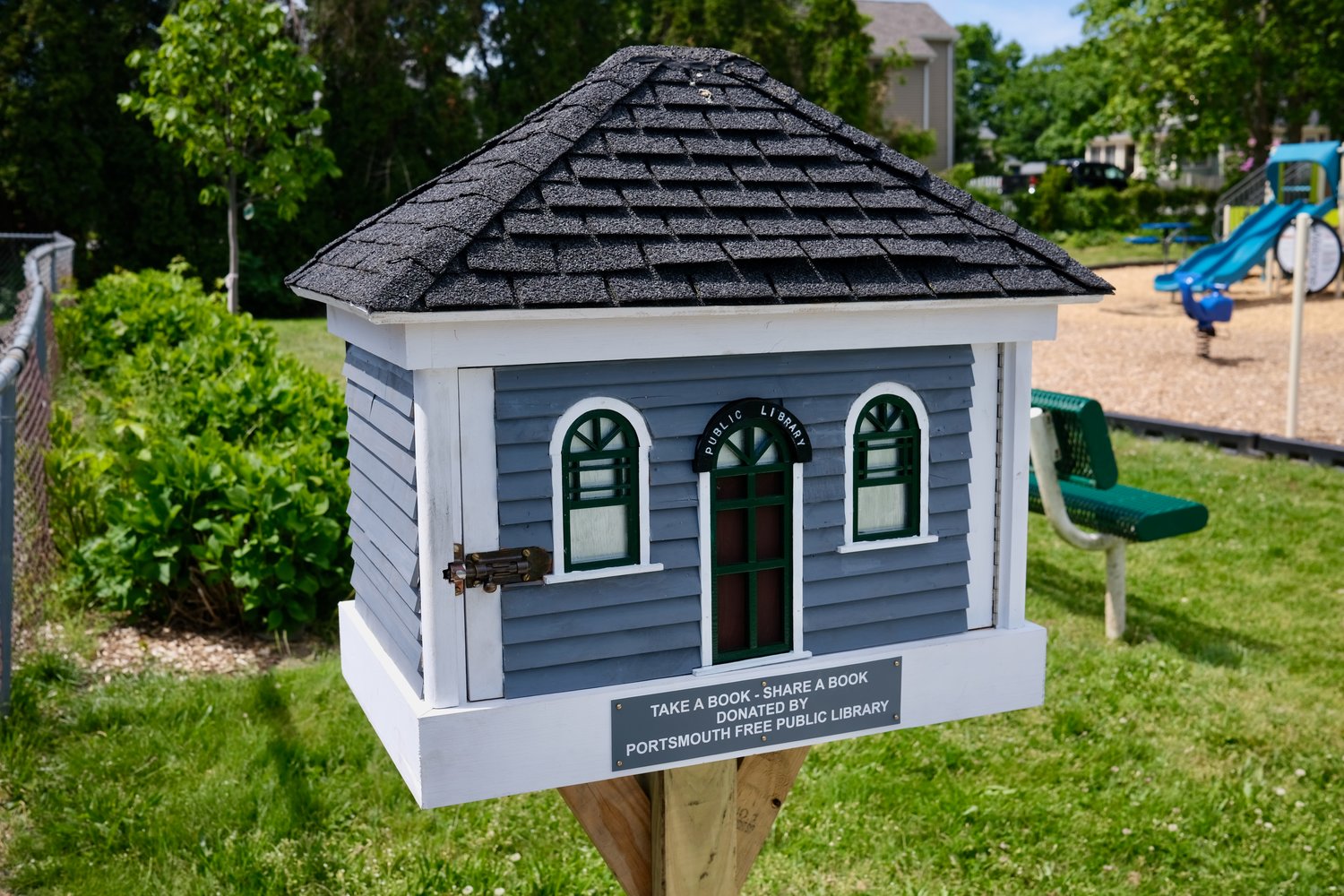 The Portsmouth Free Public Library recently donated this little library, which can be found at the entrance to the Island Park Playground on Ormerod Avenue. It was built by Paul Shoenbucher and installed by the Department of Public Works.
Jim McGaw 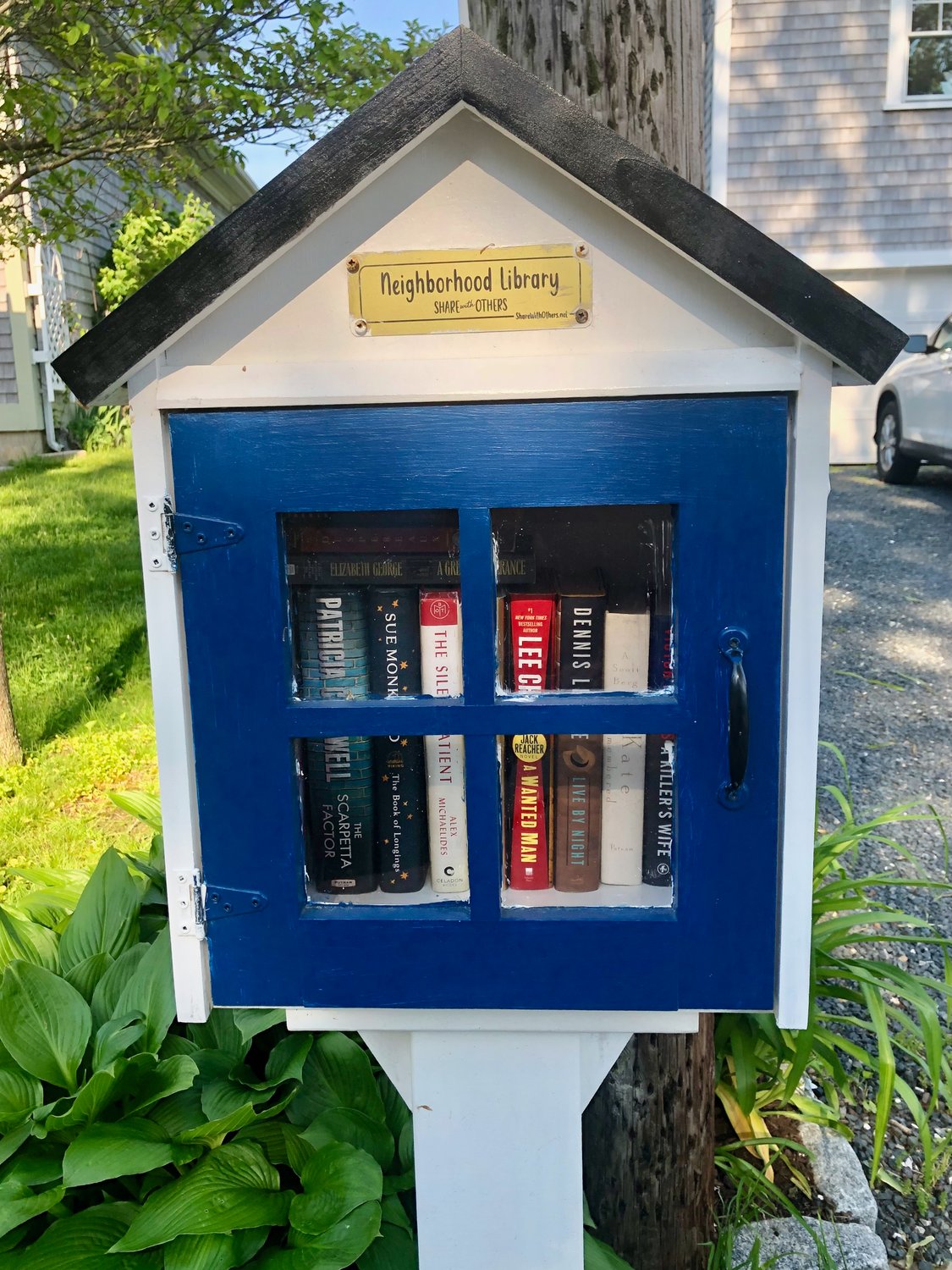 This little library was recently installed on Cliff Avenue at the Hummocks.
Jim McGaw
Previous Next
Posted Friday, May 27, 2022 4:27 pm

PORTSMOUTH — Is there a little free library near you?

Portsmouth has a small but growing number of these tiny free lending libraries — basically free-standing cupboards that are strategically placed in local neighborhoods. Visitors are encouraged to take a book, and share a book.

Now the Portsmouth Free Public Library (PPL) has gotten into the game, donating a little library that was recently installed at the entrance to the Island Park Playground on Ormerod Avenue. And, on May 23, the Town Council granted permission to a resident to install one on the Bristol Ferry Town Common.

The idea of PPL putting up a little library first came from Board of Trustees member Ann McDonald, and she and fellow trustee Jackie Shearman spearheaded the project, according to Carolyn Magnus, library director.

“(McDonald) had seen them in Washington around her daughter’s neighborhood and said, ‘We should have one around here,’” said Shearman.

“Carolyn gave him a drawing of the library with the curved windows. It’s really cute,” said Shearman.

The Department of Public Works installed the little library. “We picked Island Park because there are a lot of kids and other people around that area, so they can keep an eye on it,” she said.

PPL’s little library was seeded with items from its Book Nook, which accepts donations from residents that are then sold to the public for cheap, with all proceeds going back to the library. Now it’s up to neighbors and other visitors to keep the little library going.

The little library will be placed near the concrete bench on the side of the Common where a new shed for the Rail Explorers is located.

Another new little library recently popped up on Cliff Avenue at the Hummocks. You can find others at the following locations: Outside the CFP Arts, Wellness, and Community Center on Anthony Road; Baker Road; Woodland Drive; Hummocks Point Avenue; and the intersection of Potomac Road and Water Street. (If we missed any, drop us a line at jmcgaw@eastbaymediagroup.com.)

Shearman said the little libraries are a great way to spread the joy of reading while also reducing waste.

She laughed when asked if board members were concerned that the little library might be competing against the Book Nook.

“That was brought up, but it’s not. I think they can travel in tandem, and we’re doing very well,” she said.

The Book Nook charges visitors $1 per hardcover title, 50 cents per softcover, CD or DVD. Children’s books are three for $1, and donated magazines are free.

“Now we’re getting all the books from the (Naval) War College,” she said. “They leave, and they bring them here. We get a lot of aviation books. We have a young adult section, a middle-school aged, and a children’s section.”

“Those were a lot of work for not as much reward,” Shearman said. “But this has been very good. We even have people come in from other libraries. There’s a man who comes in from Providence and he’s travels to all the libraries for their little book stores and he said this is the best.”

Songs from 'Back in the Day' thrill crowd at Concert Series