Kevin Centazzo has been a regular caller, and entertainer, on New England’s most popular sports talk show

Sports talk radio is a big deal these days, especially in the greater Boston area, where WEEI and 98.5 The Sports Hub have been duking it out in the all-important ratings war for a number of …

Kevin Centazzo has been a regular caller, and entertainer, on New England’s most popular sports talk show 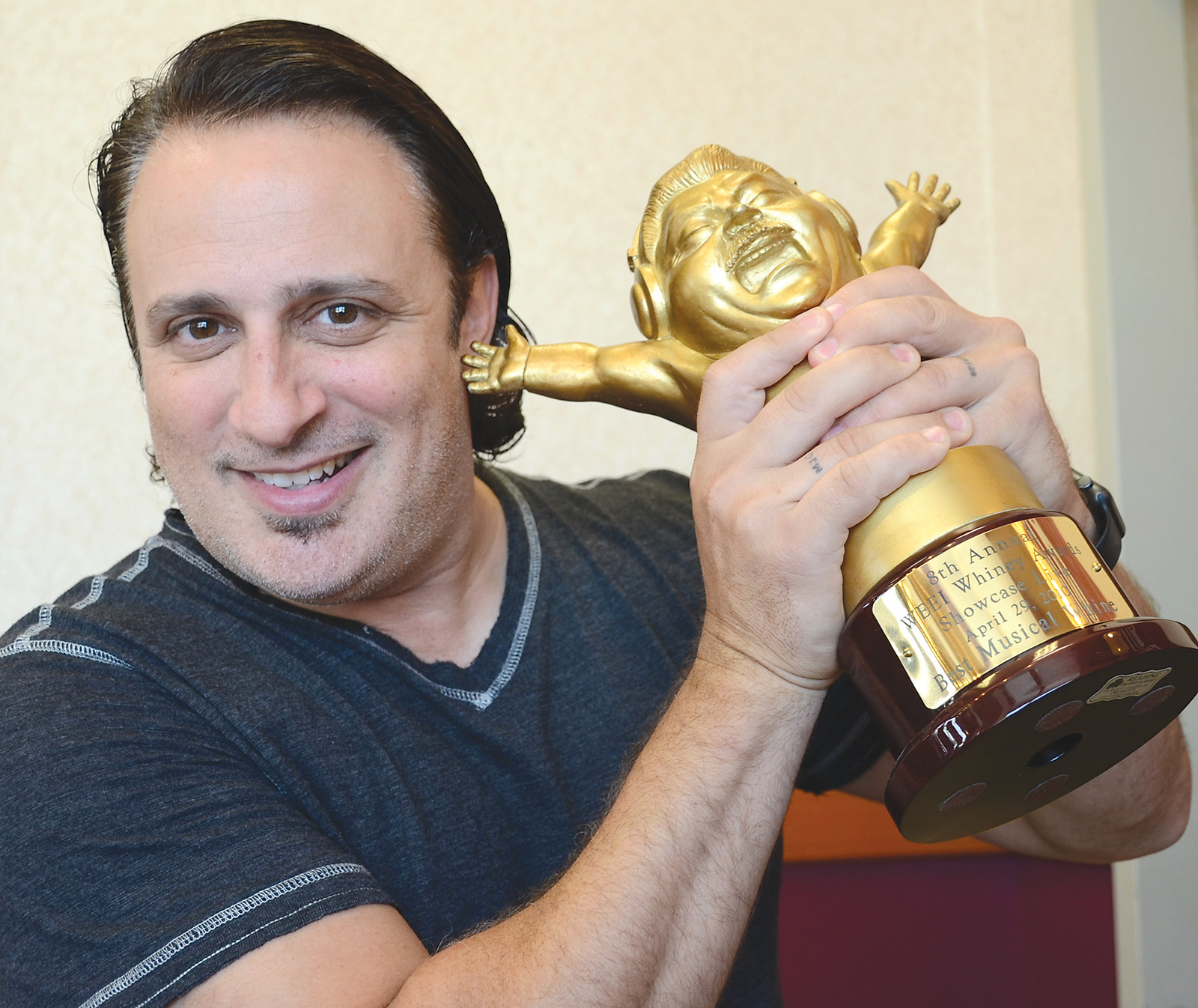 Sports talk radio is a big deal these days, especially in the greater Boston area, where WEEI and 98.5 The Sports Hub have been duking it out in the all-important ratings war for a number of years.

A main player (well, sort of) in all of this has been Bristol’s Kevin Centazzo, whose gifted imagination has helped elevate the well-respected WEEI to new heights.

Kevin, a 1990 graduate of Bristol High School, and current owner of Just Ducky Upscale Children’s Consignment Boutique, has been a regular on WEEI’s early morning drive from 6 to 10 a.m., starting years ago with the Dennis & Callahan Show, and continuing now with the Kirk & Callahan Show. He calls in at least twice week as “Kevin from Bristol,” and has enamored himself not only with regulars on the show, but his legion of listeners throughout New England.

“I’ve always loved sports,” said Kevin, 45, who played football, baseball and hockey for the Bristol High School Colts. But it didn’t stop there; he also performed with the high school drama club and chorus.

“I did a little bit of everything,” he recalled. “I even worked as a deejay on Roger Williams University’s radio station.”

Kevin, who also attended CCRI, spent a number of years in places like Boston, New York and Los Angeles, doing a little acting and writing, two of his favorite pastimes. He eventually came back to Bristol.

“I wanted to come back home,” he said. When he did, he continued his enjoyment of sports, particularly as a frequent caller to WEEI.

He found a second home at the radio station, where his talents were showcased first on the old Dennis & Callahan Show.

“I loved John Dennis,” he admitted. “Actually, everyone on the show was so good to me. “When I first started calling, they used to put me on hold, but as my voice became more familiar, they put me right through. I used different voices like Elmo and Morgan Freeman, and everybody loved it. I loved to ad-lib.”

Kevin also excelled as a regular “Whiner Line” contributor. He was so adept at what he did that he won the annual WEEI Whiney Showcase Best Musical Whine Award in 2010. The statue on the award is in the form of legendary WEEI host and personality, Glenn Ordway.

“I couldn’t believe I had won it,” Kevin confessed. “Former Red Sox player and radio/TV personality Lou Merloni, and former Celtics great Cedric Maxwell, presented the award. I was in awe.”

For those of you not familiar with the Whiner Line, this segment “was a regular feature on Boston sports radio’s ‘The Big Show,’ which consisted of listeners calling in and leaving complaints on a voicemail system, which was played at the end of the show. Complaints covered a wide range of subjects, including sports teams and stars, the hosts, other listeners, celebrities, current events and local politicians. The messages often included impersonations of celebrities and local figures.”

This was right up Kevin Centazzo’s alley. He loved being a part of it.

The Big Show hosted an annual event known as "The Whiny Awards,” a tribute to the best "Whiner Line" callers of the year. As previously mentioned, Kevin was the big winner in 2010. Reportedly, he was the last winner of that award.

Aside from running the everyday business at Just Ducky, Kevin Centazzo still has dreams of acting and playwriting, among other aspirations. There is no limit to his versatility.

“I still believe I can sell some of my scripts and books,” he smiled. “It’s just a matter of time. In the meantime, I’ll still call in at WEEI twice a week.”

With all that he has going on in his life these days, Kevin has never once forgotten where he came from.

“Bristol is my roots,” he said. “I’ve been all over the place. I still have that acting bug, and children’s books I’m working on. But, my family is more important to me than anything.”

Kevin has been married to the former Melanie Anderson of Milford, Mass., since 2008, and is the father of two children, Oakley, 7, a student at Rockwell School, and Posey, 23 months old.

“I love being around them,” he noted. “It’s nice being home where I’m able to spend more time with the family.”