A large boat caught fire at Hinckley Yachts Friday morning, sending up a huge plume of black smoke that could be seen from miles away. 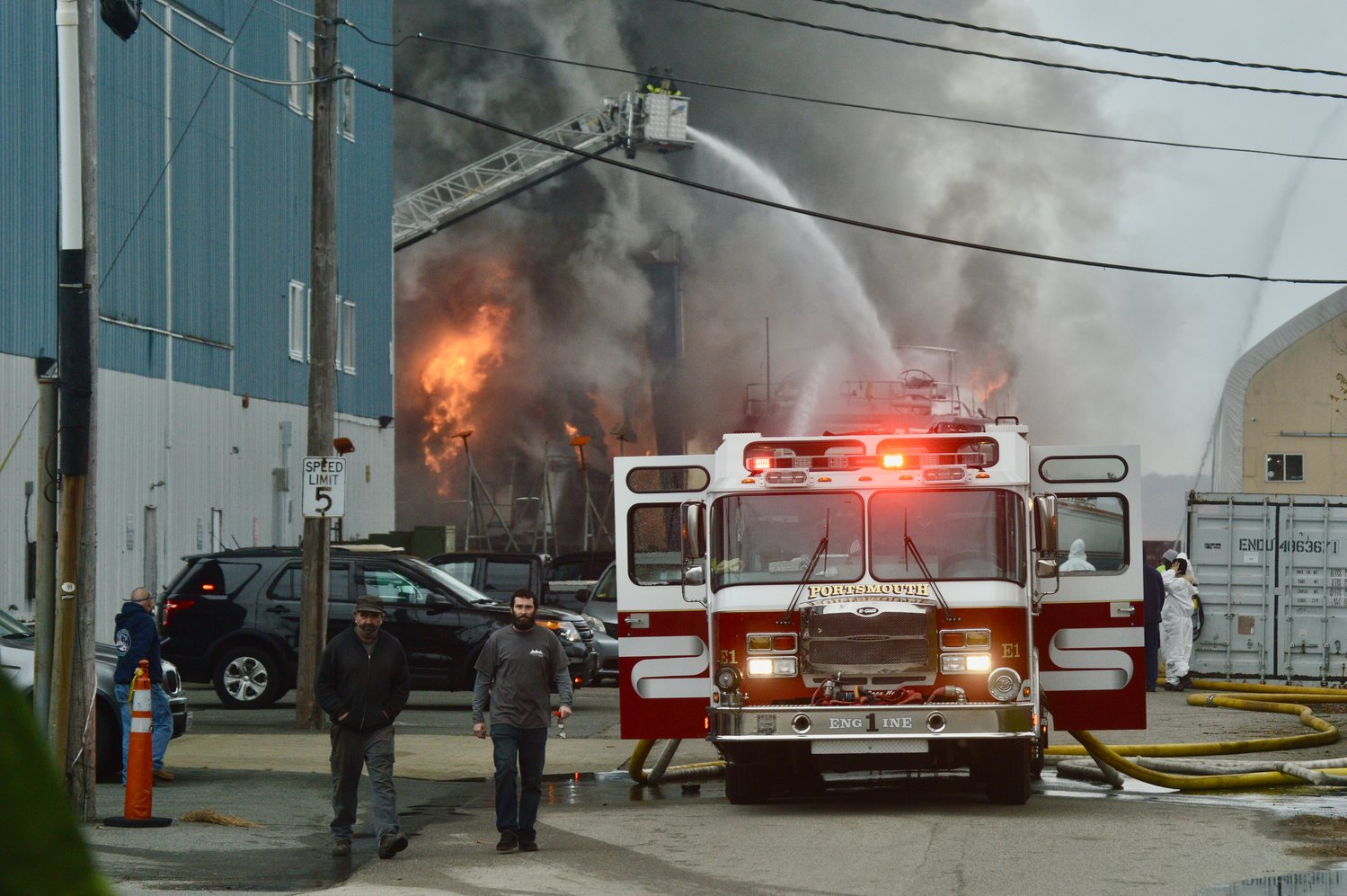 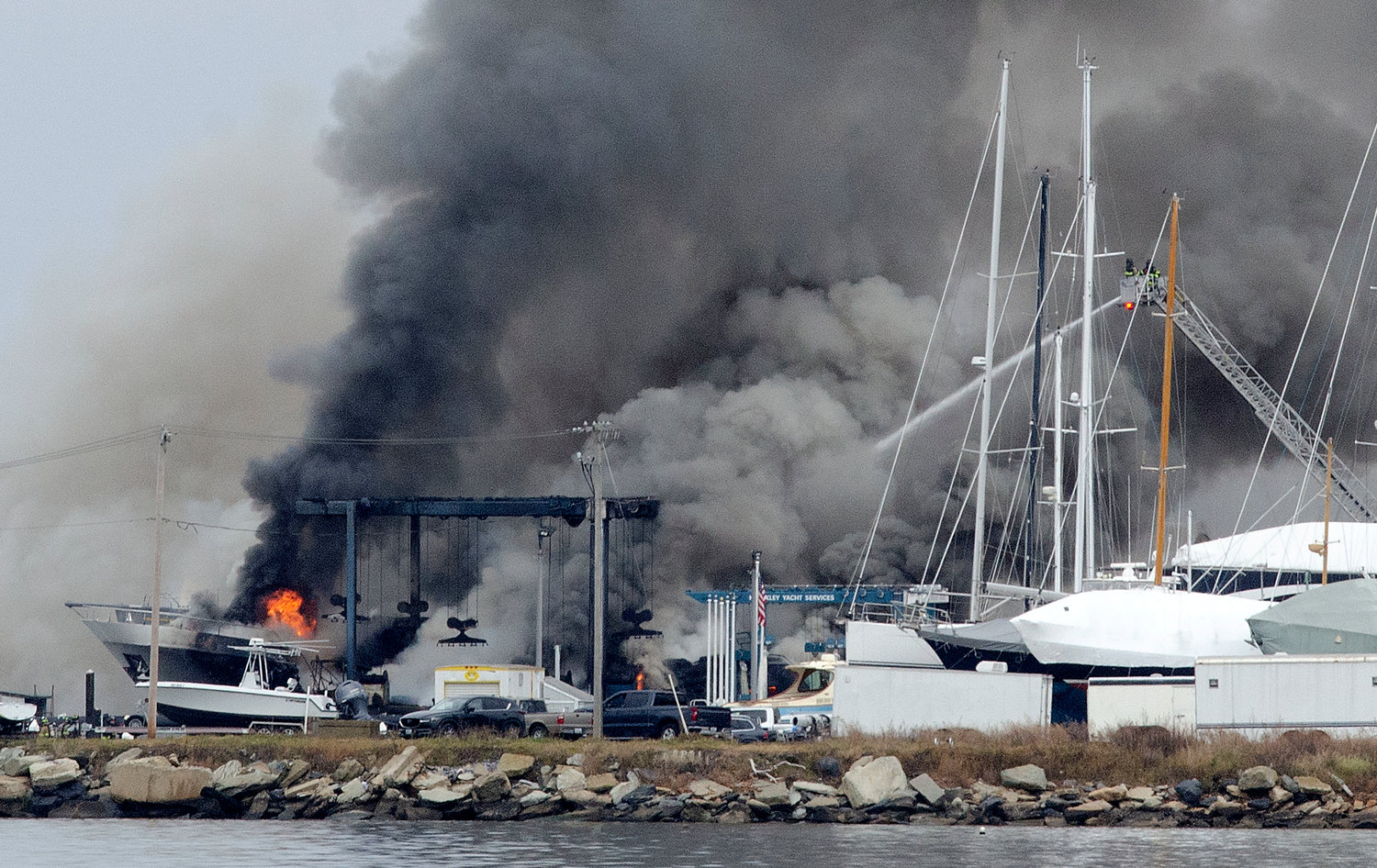 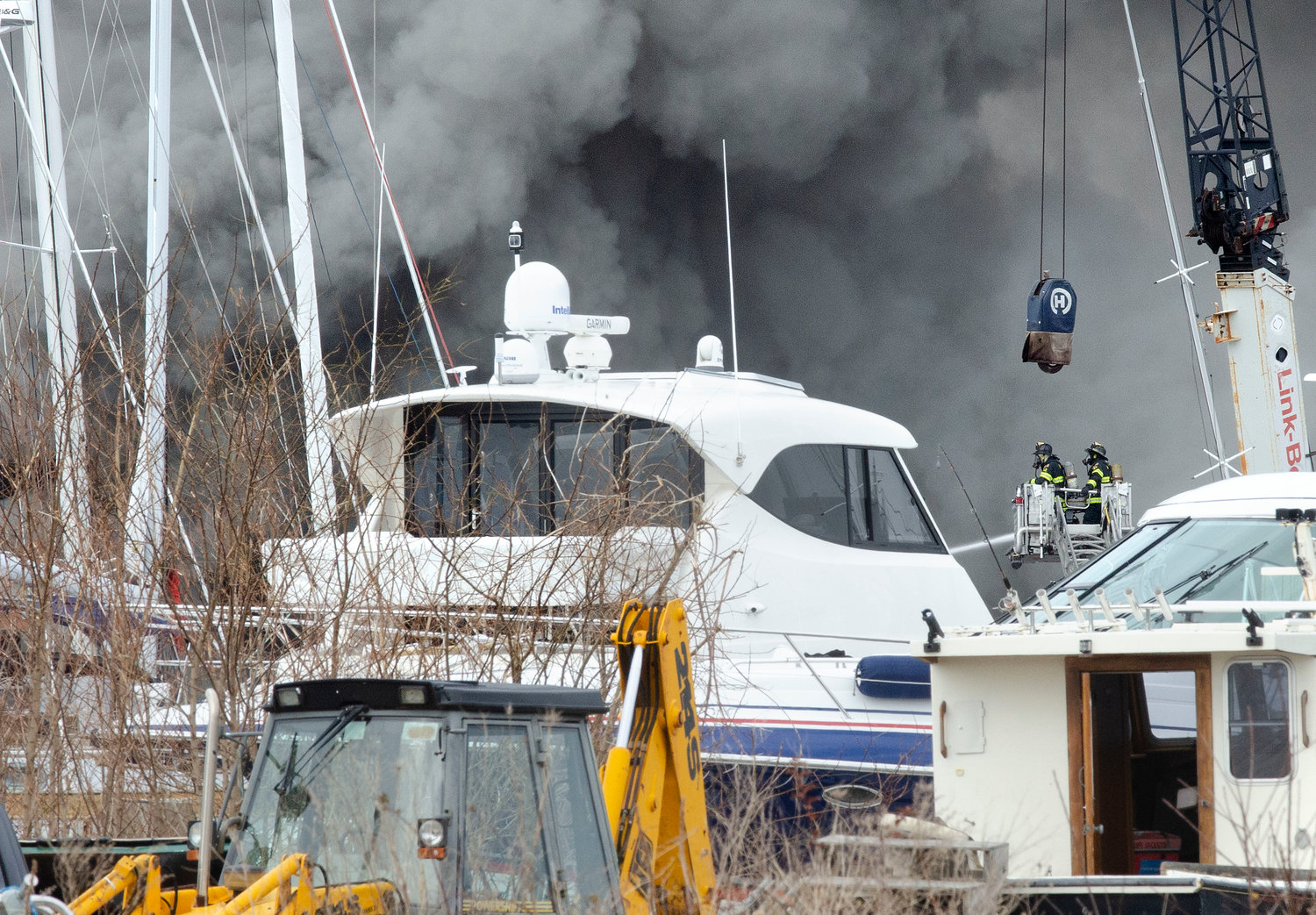 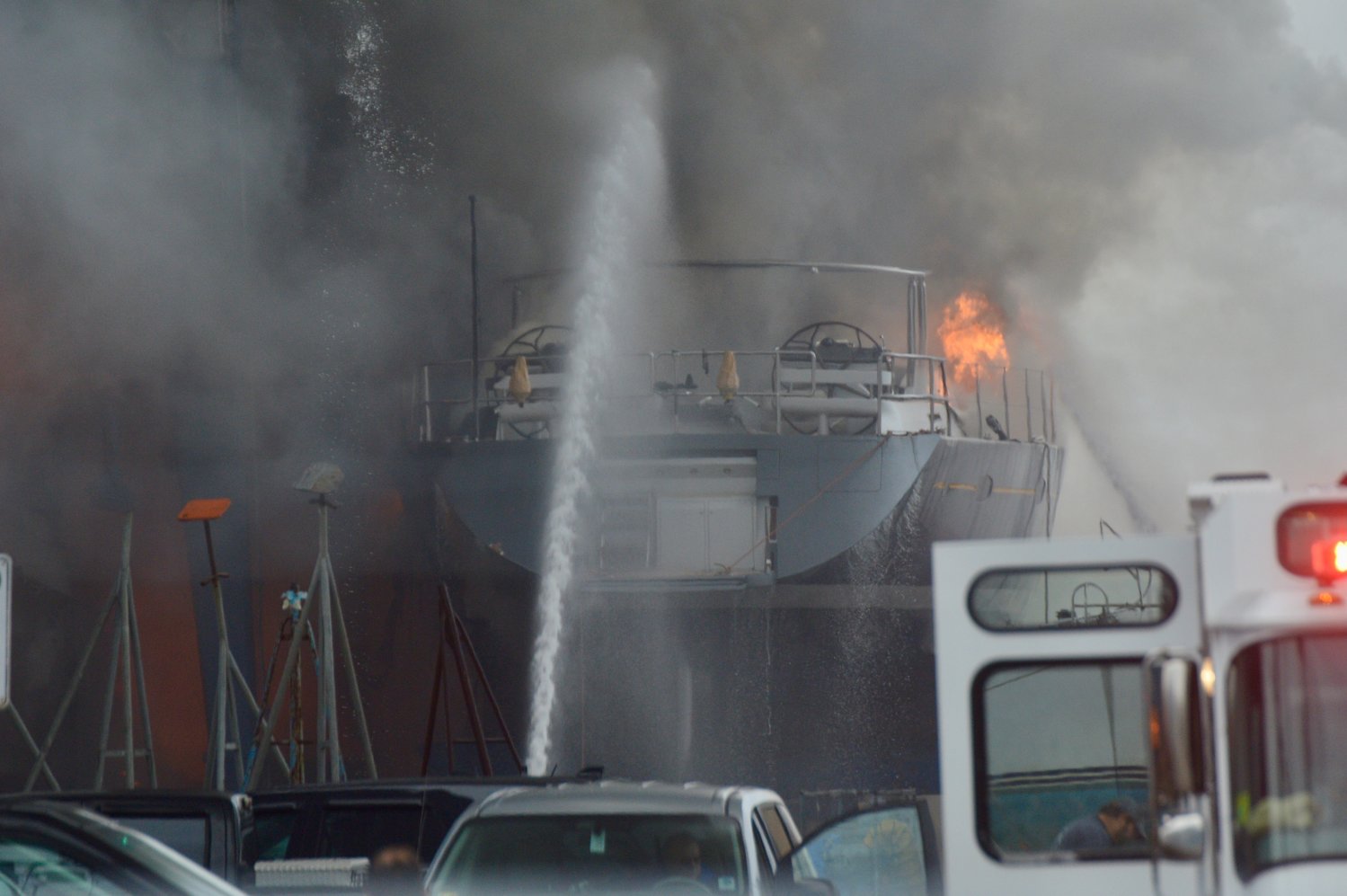 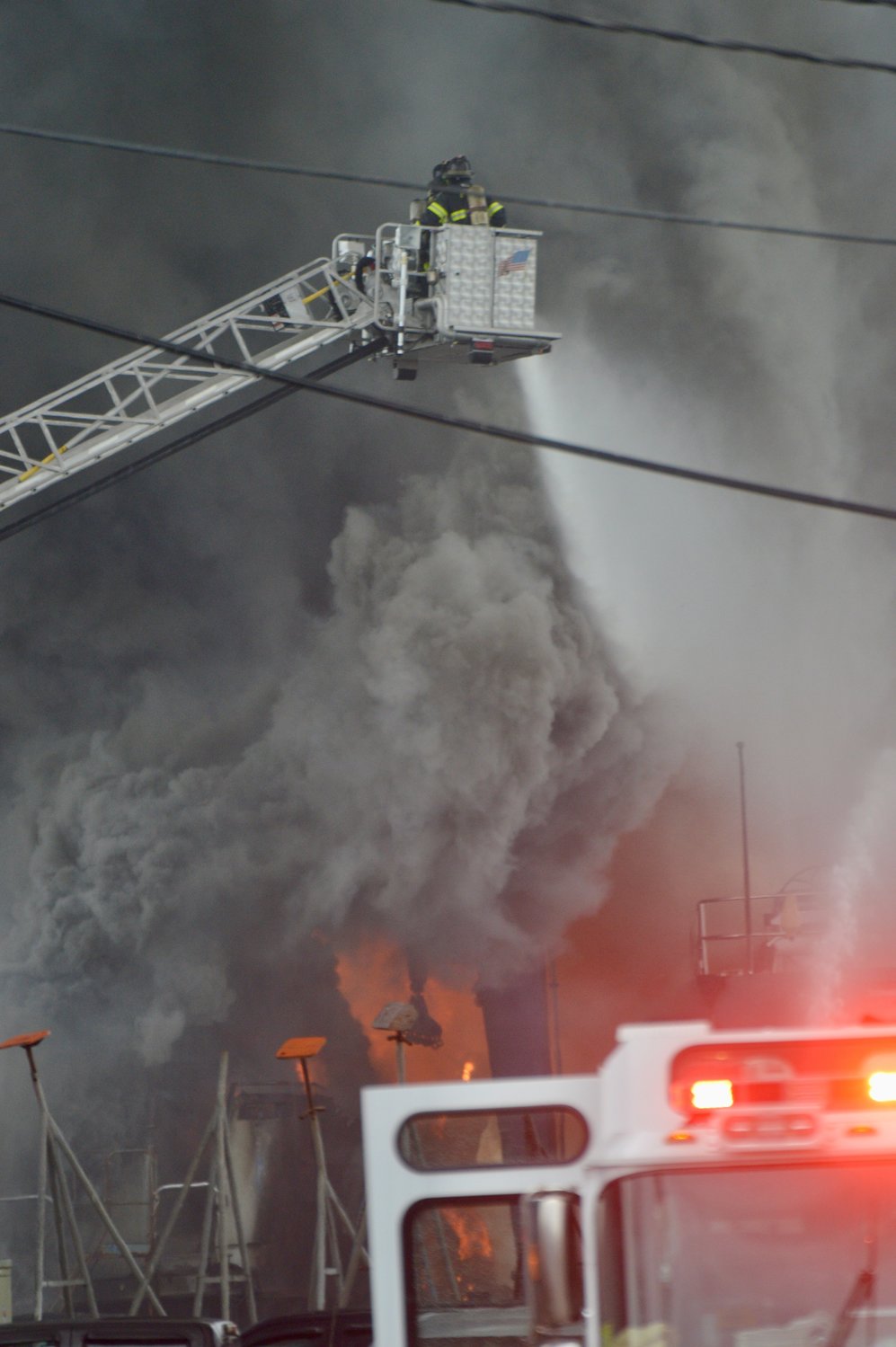 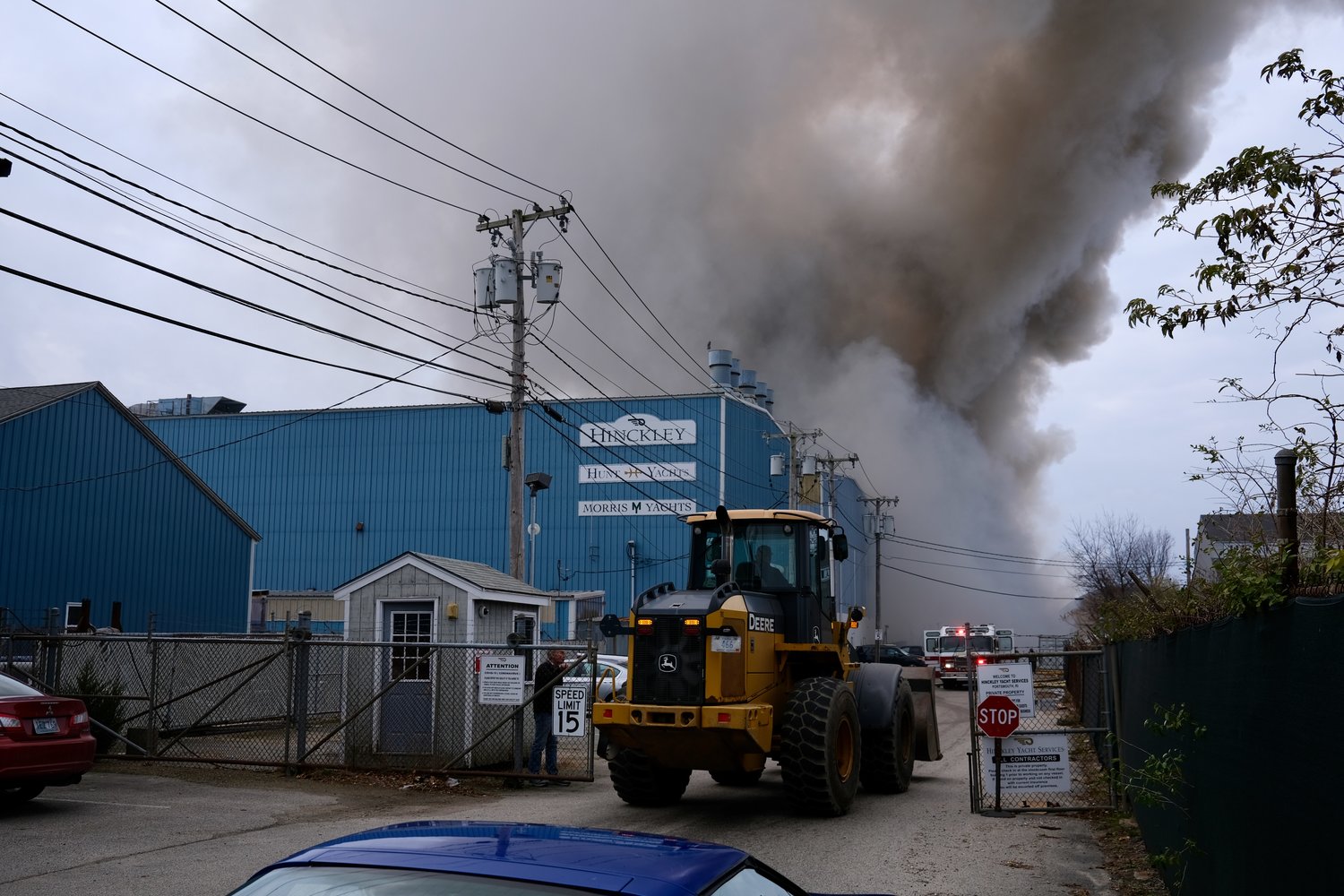 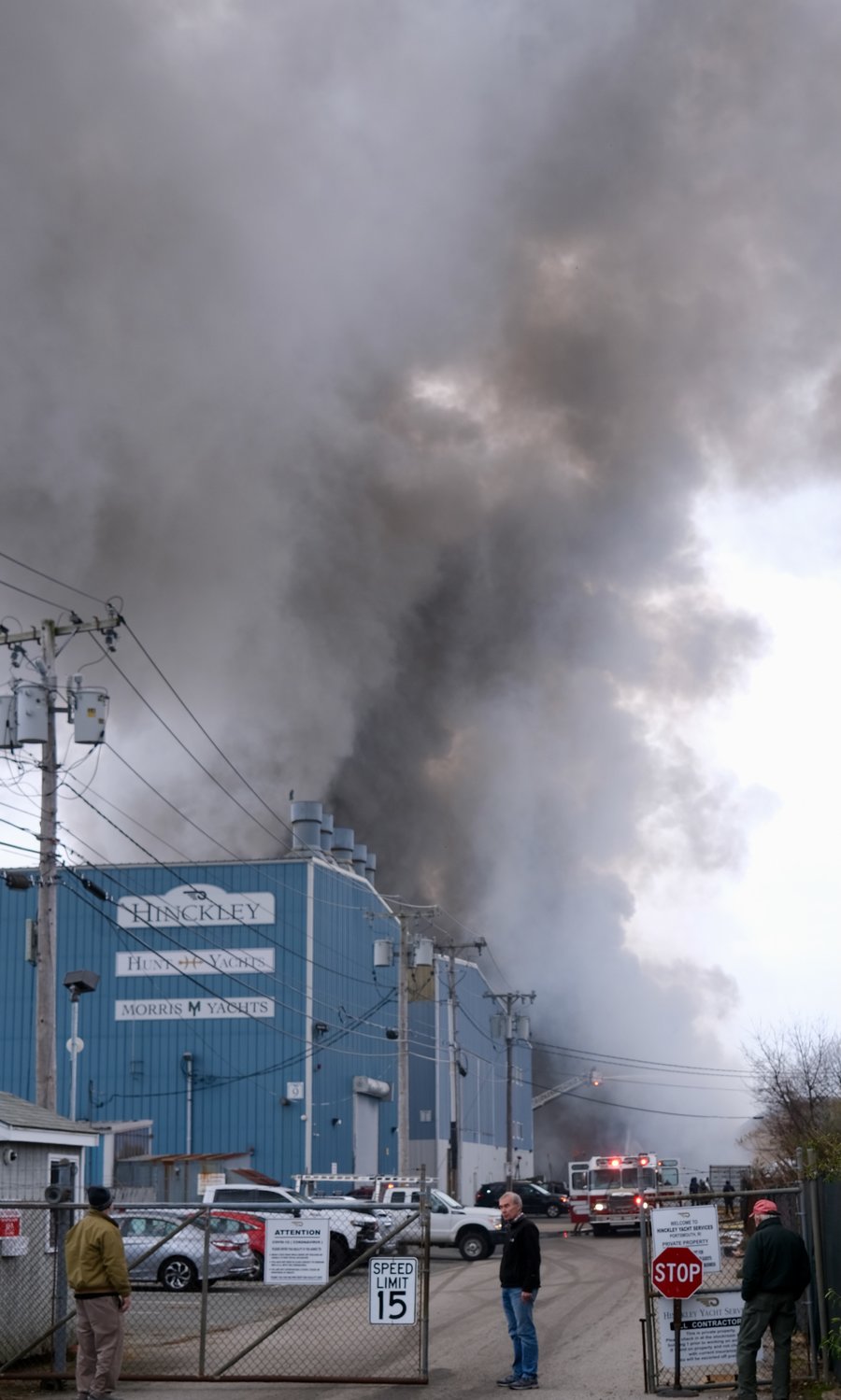 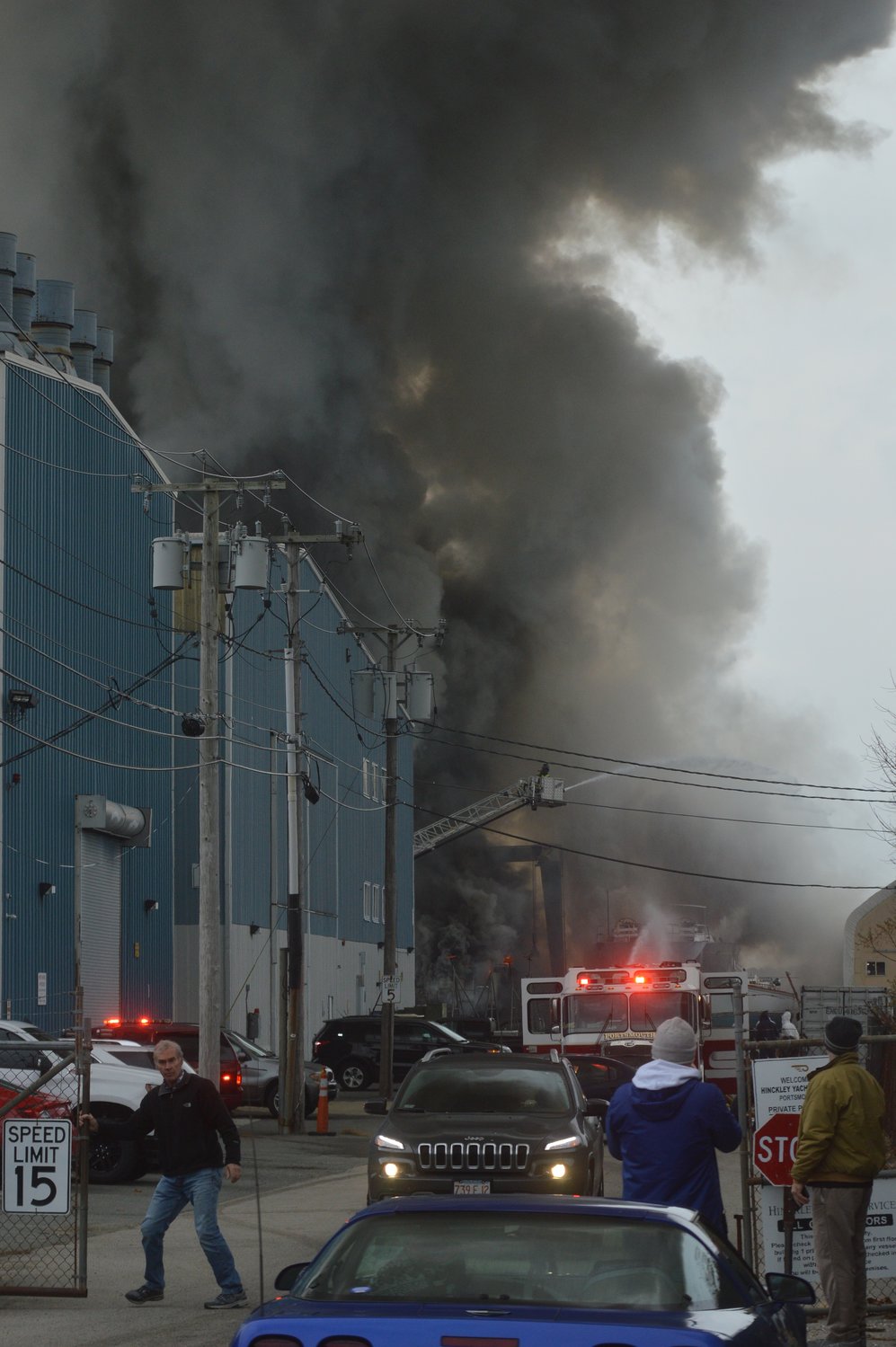 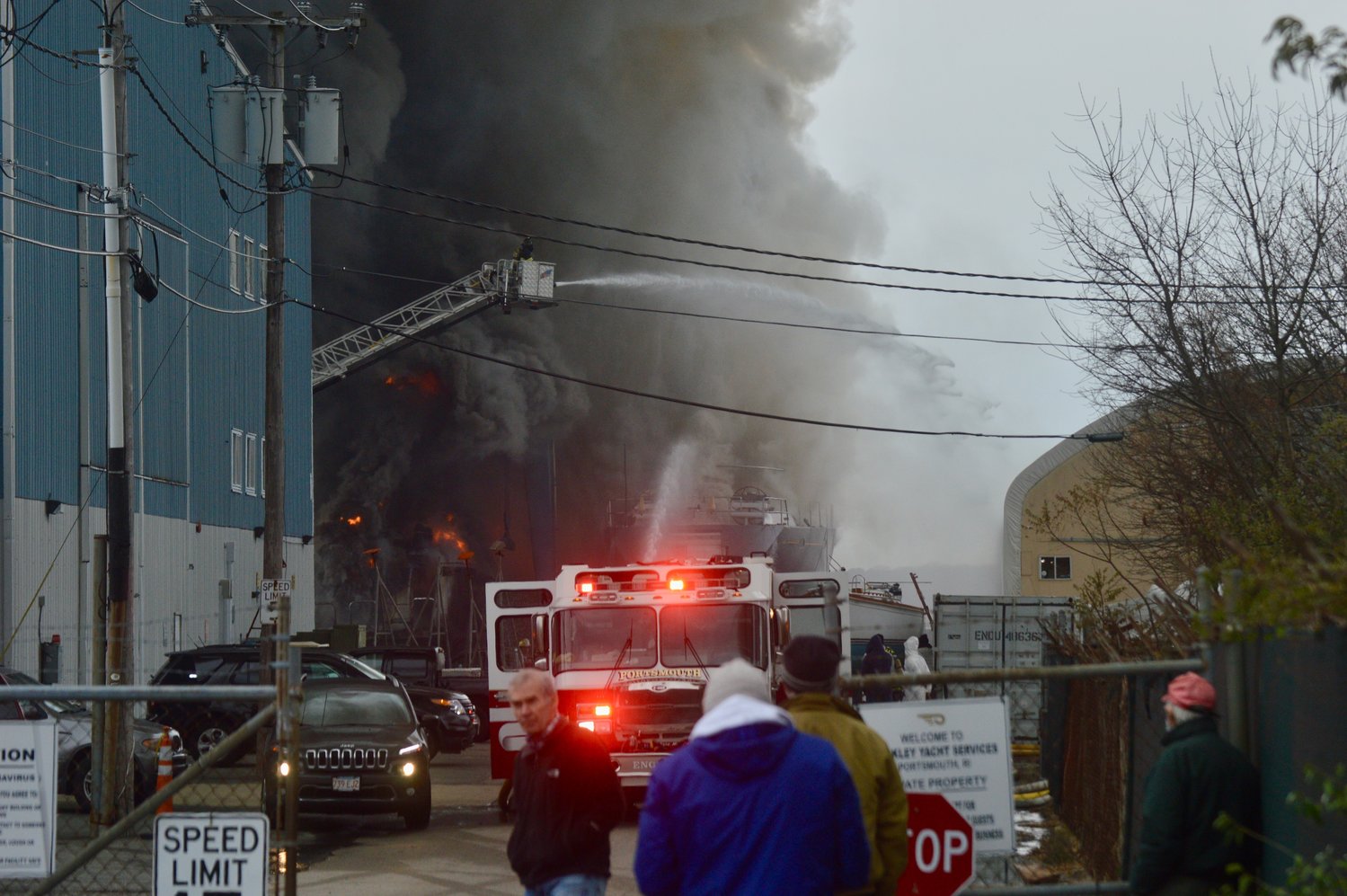 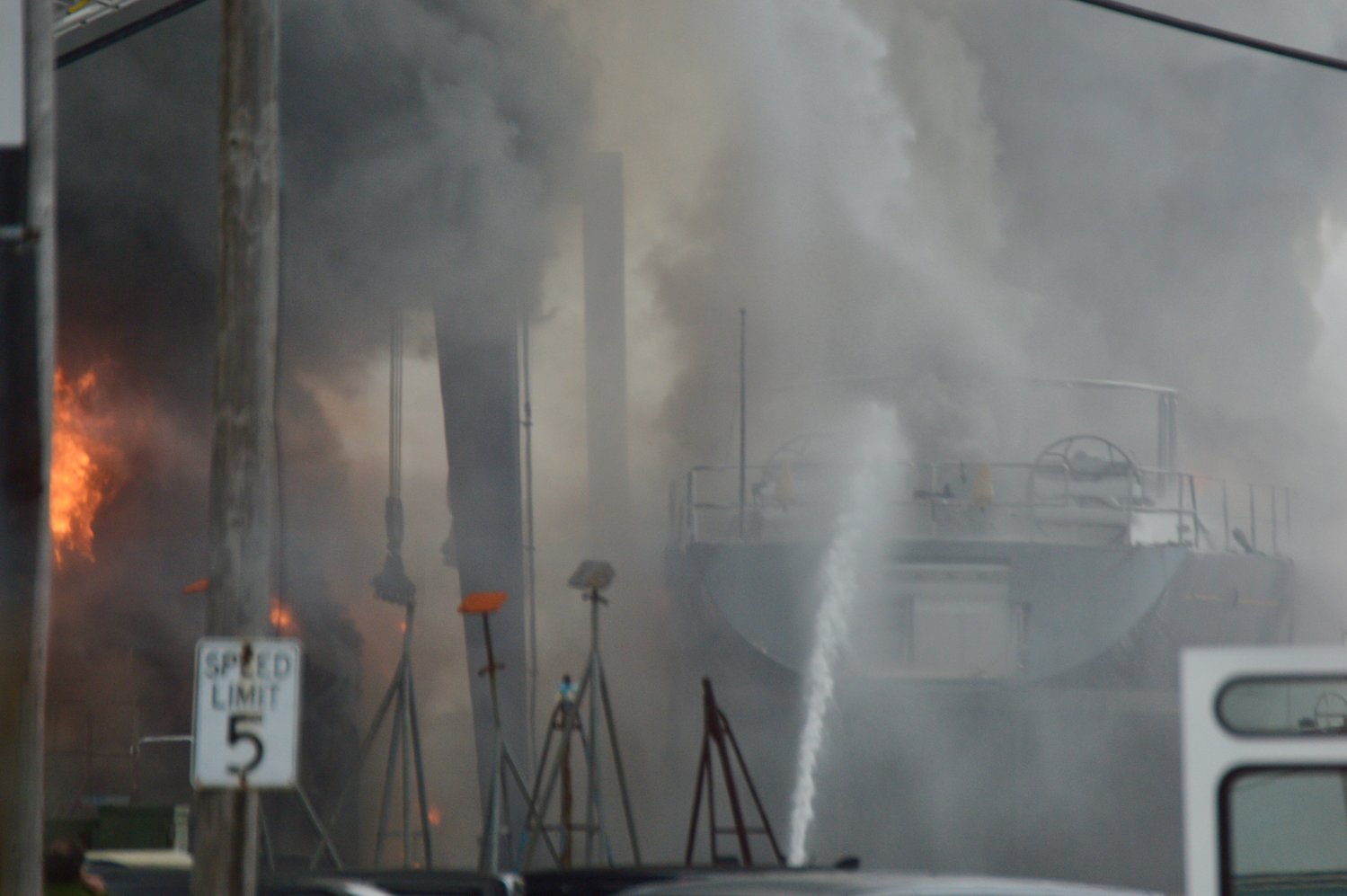 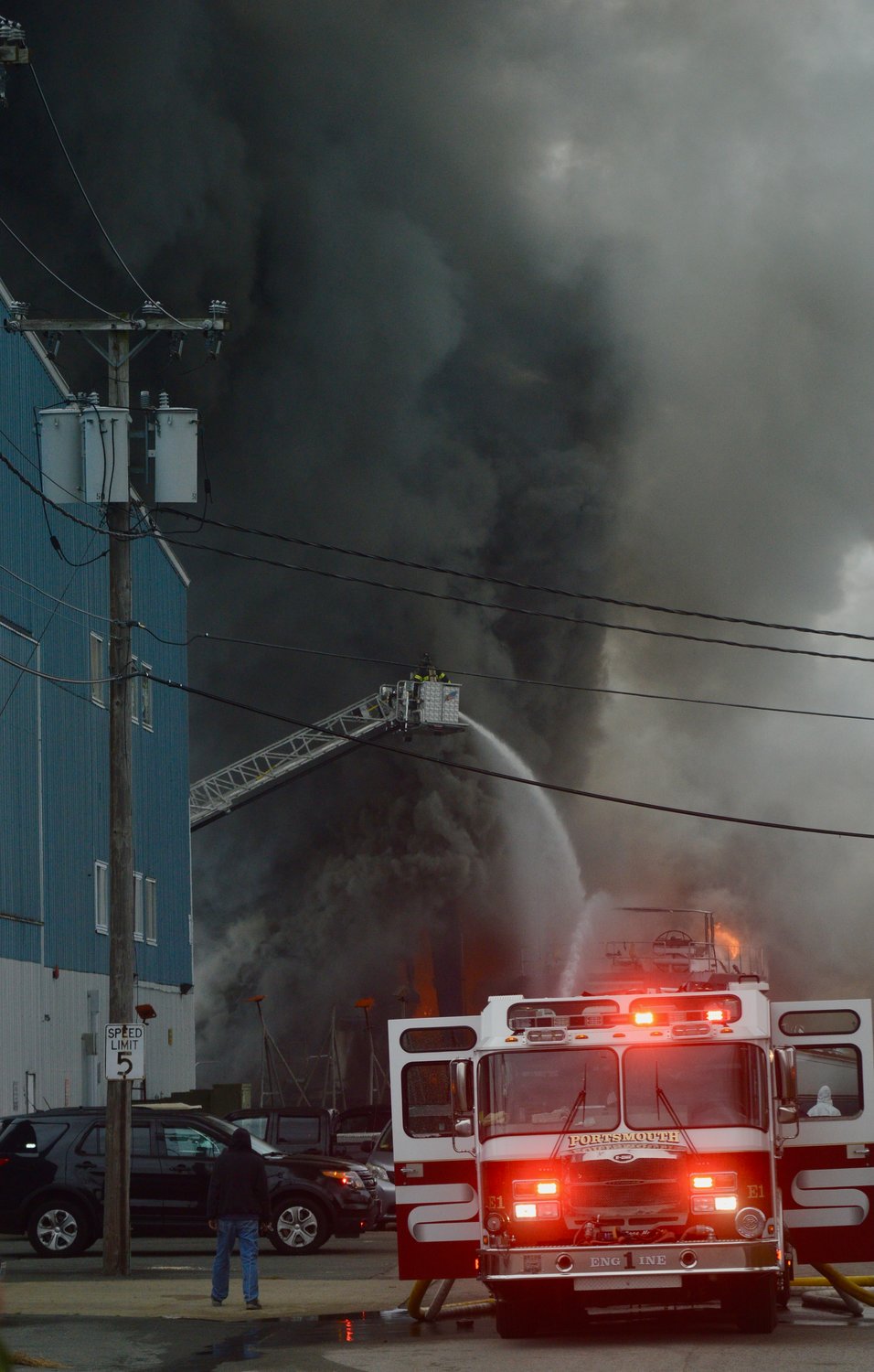 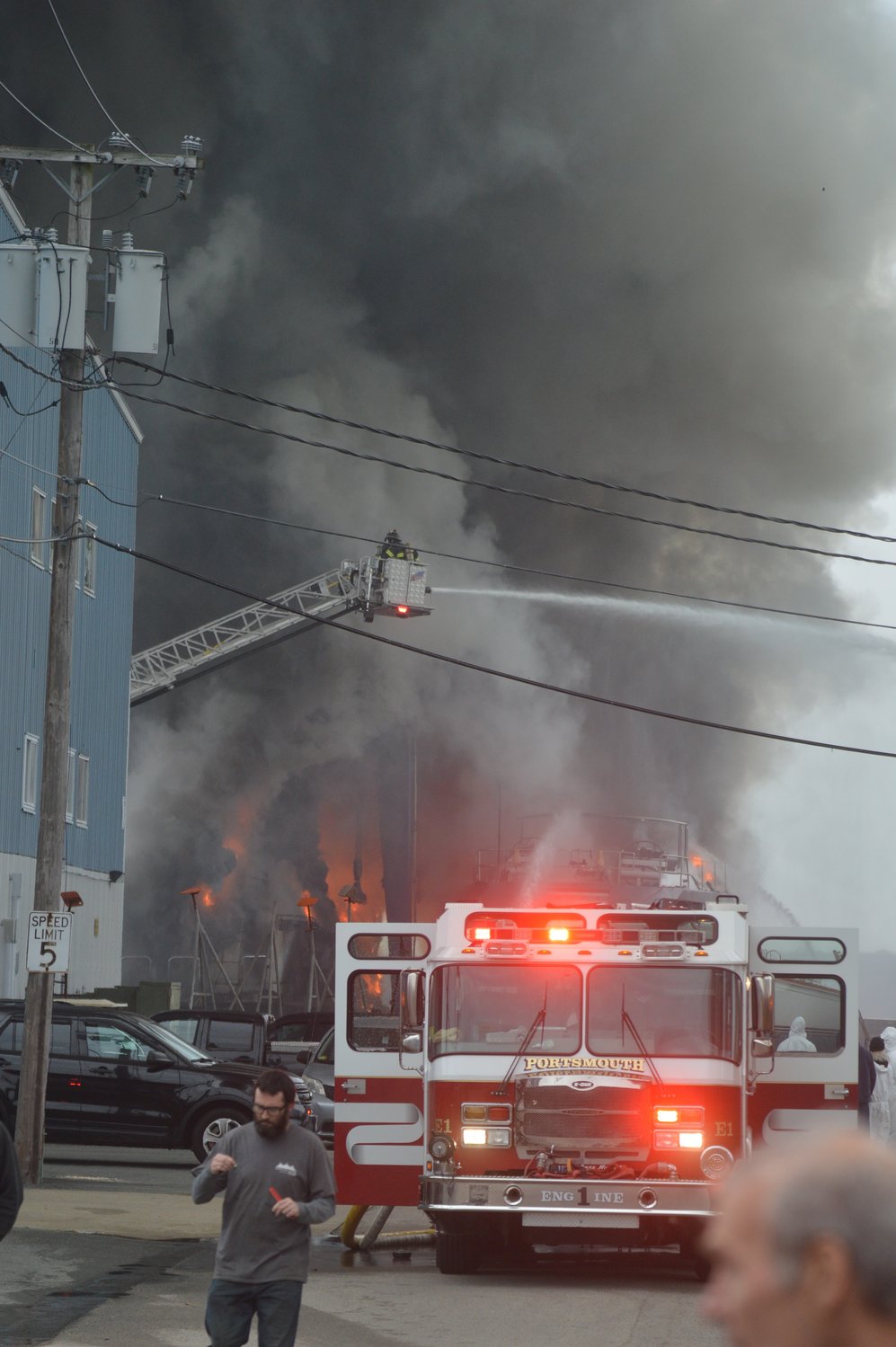 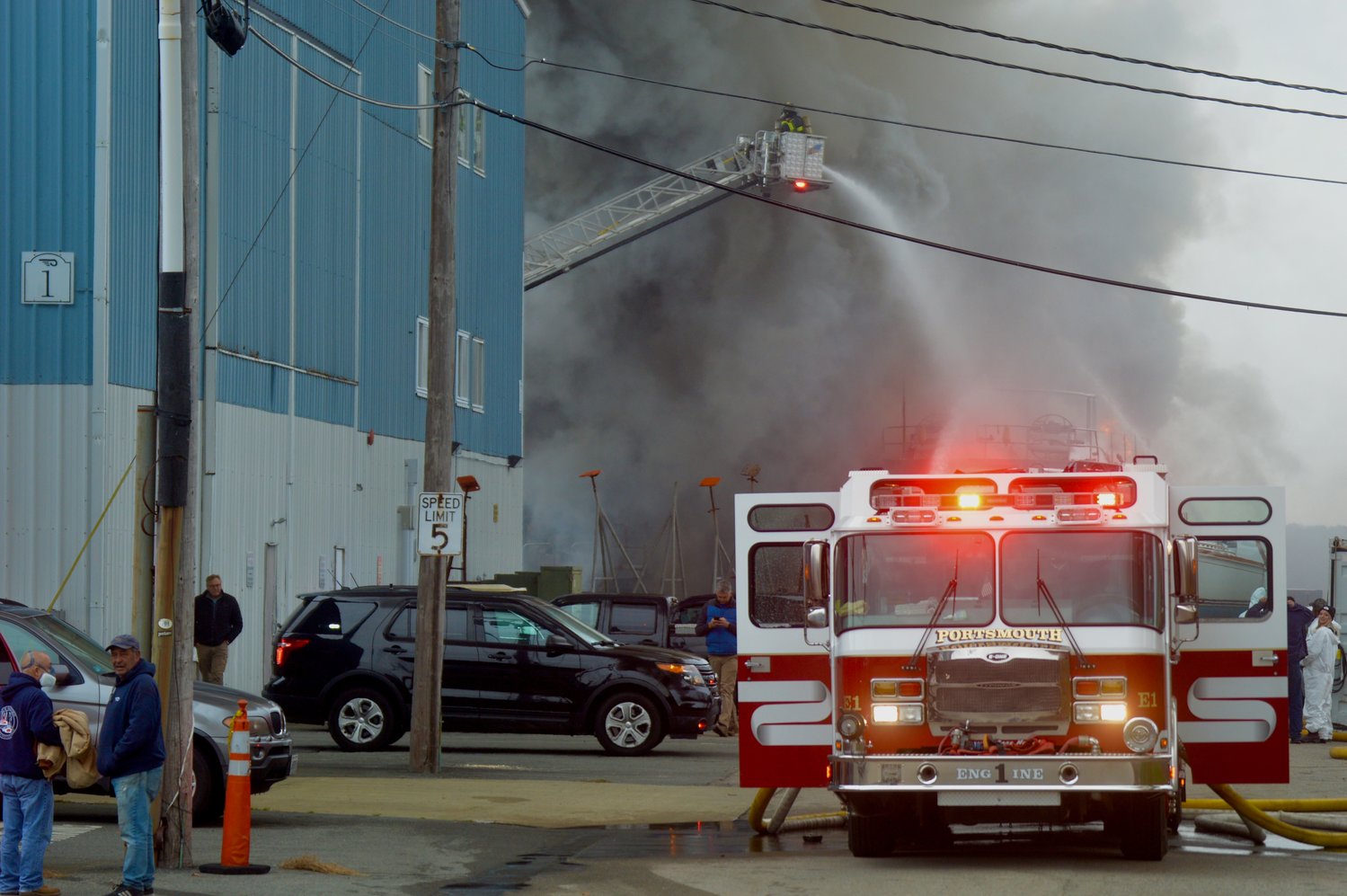 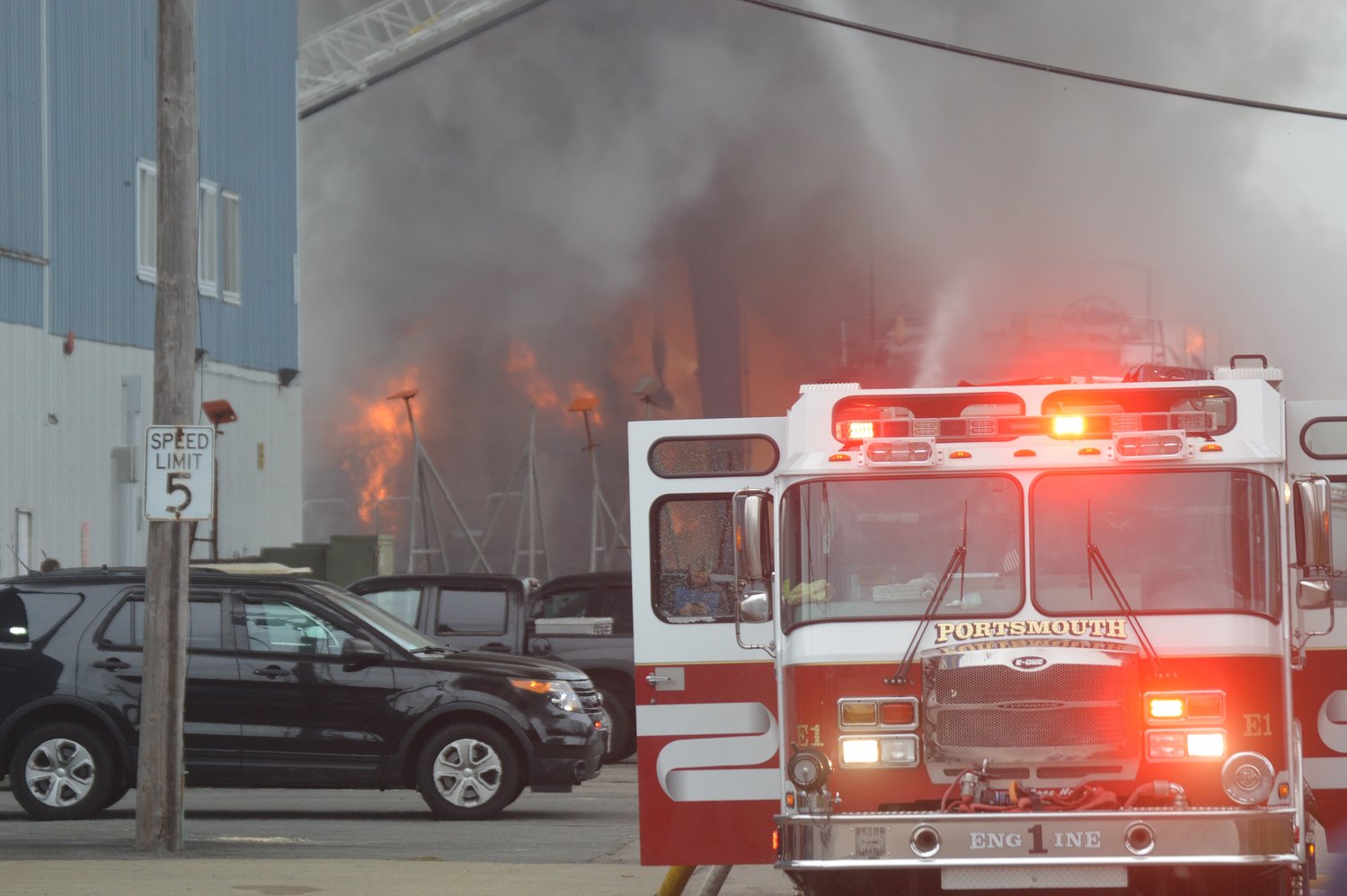 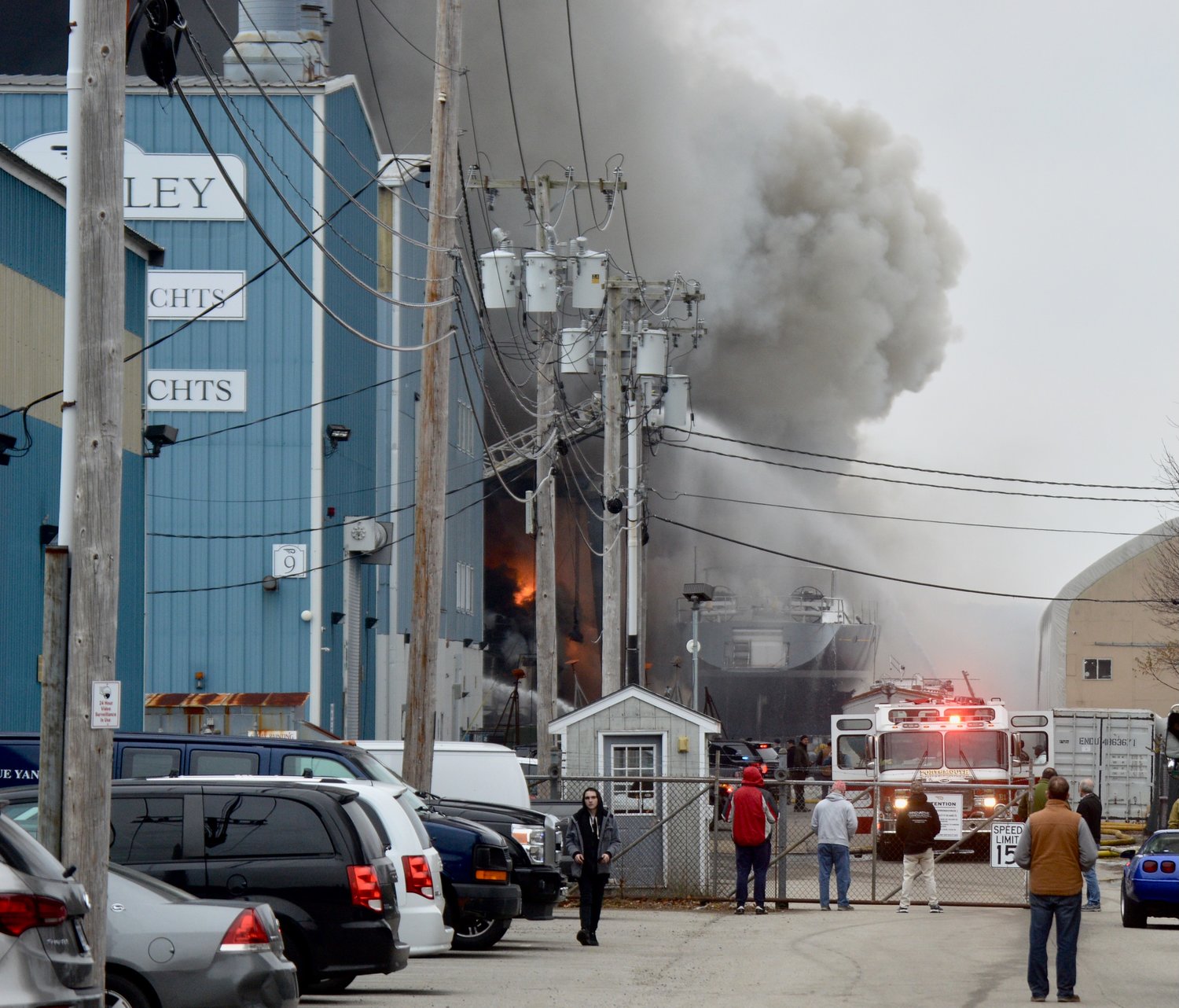 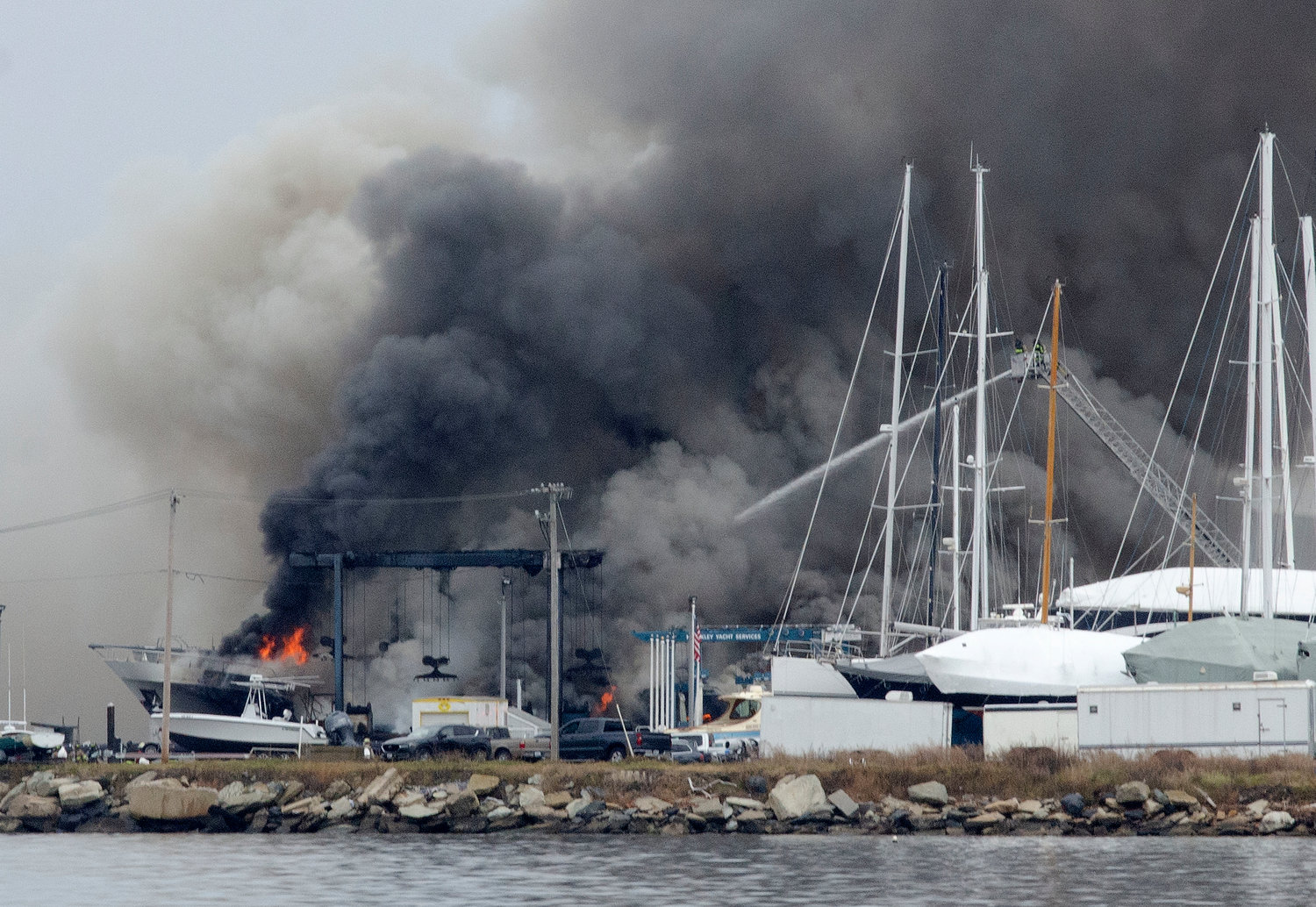 PORTSMOUTH — A large boat caught fire at Hinckley Yachts Friday morning, sending up a huge plume of black smoke that could be seen from miles away.

The fire erupted at approximately 10:30 a.m. Detective Lt. John Cahoon from the Portsmouth Police Department was on the scene and gave this account:

“They were working on one of the boats,” he said. “There’s a travel lift over there, so they had hauled it out of the water. They were reinforcing the bottom of the boat — heating up the hull, getting ready to do some fiberglas work — and somehow a fire started.”

As for the exact cause of the fire, “it’s not clear at this point,” Cahoon said.

It’s also unclear if anyone was injured.

“I think one of the workers suffered minor injuries. Somebody was taken, I believe, by the Navy paramedics, but we haven’t confirmed that. I don’t know,” he said.

Besides dousing the approximately 100-foot yacht with water, firefighters also trained their hoses on a building just north of the boat.

“That building they’re spraying water on contains a bunch of antique boats, so they’re trying to keep that from going up,” Cahoon said.

Asked whether there were any fuel tanks in the area, Cahoon said he had heard a small propane tank may have gone off, but that Hinckley workers were not concerned about any others that could pose a danger.

Onlookers were kept a safe distance from the fire, which emanated a foul smell.

By around 11:20 a.m., firefighters seemed to have the blaze largely under control.

“When I got down here a few minutes ago, it looked a lot worse than it is now. The Fire Department’s doing a good job,” said Cahoon.

First responders from multiple communities assisted Portsmouth with the fire, including the Warren Fire Department and Providence Canteen.

We'll update this story as we learn more.