Following the tragic death of Asst. Fire Chief Brian Remy, some of those who knew him well spoke about his memory. 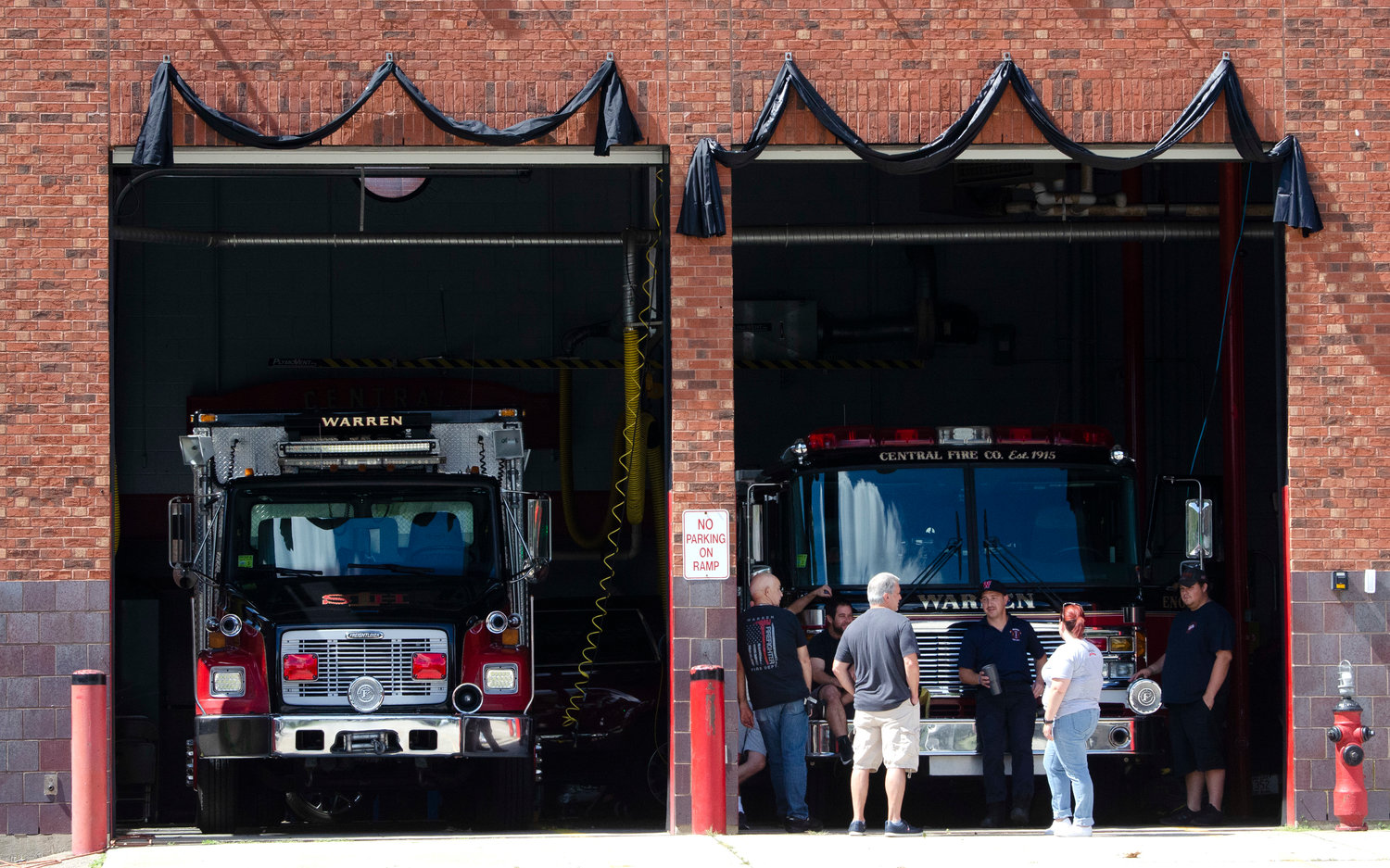 The Warren Fire Department hung a black banner in honor of the late Brian Remy at their headquarters on Friday morning.
Richard W. Dionne Jr. 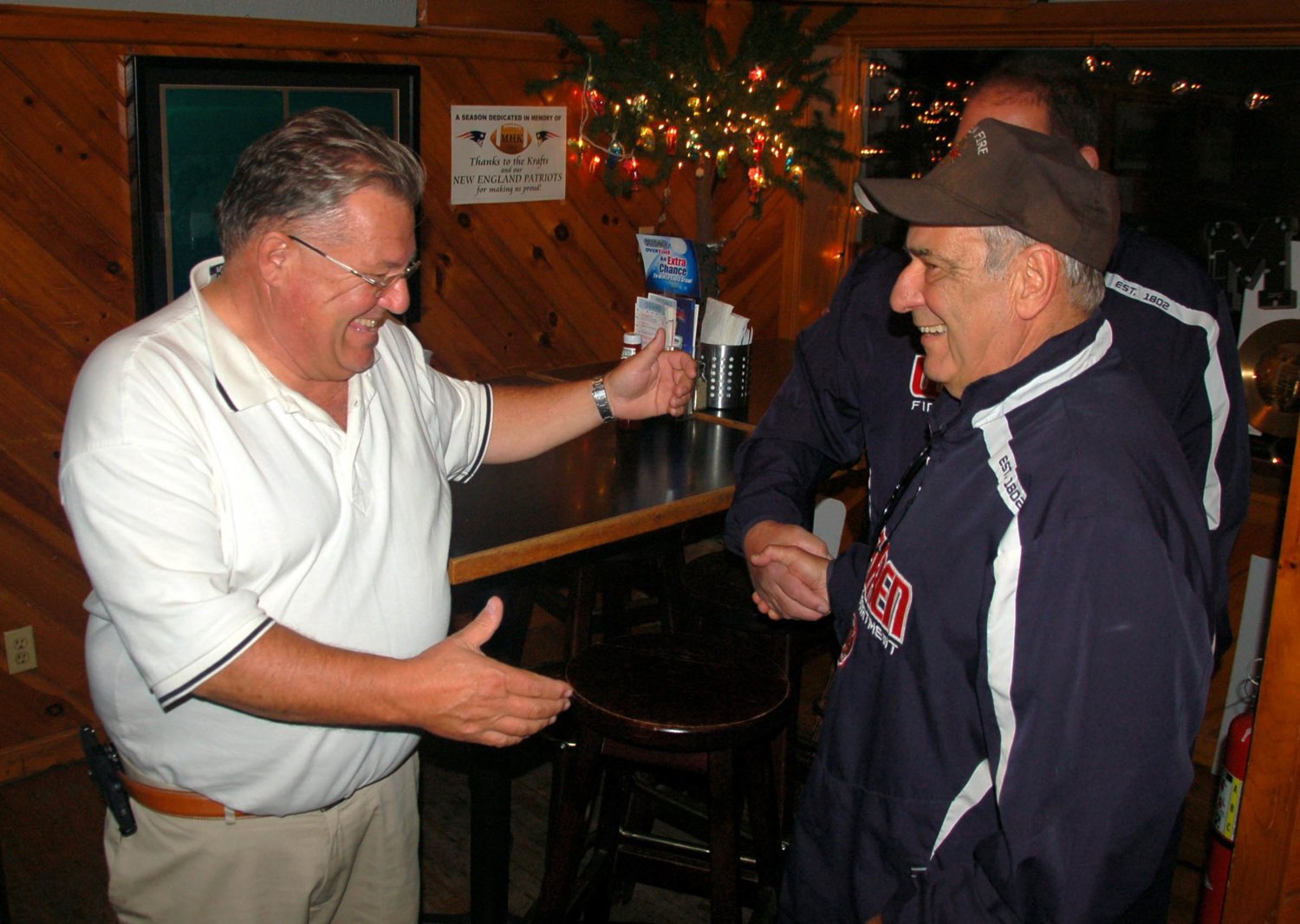 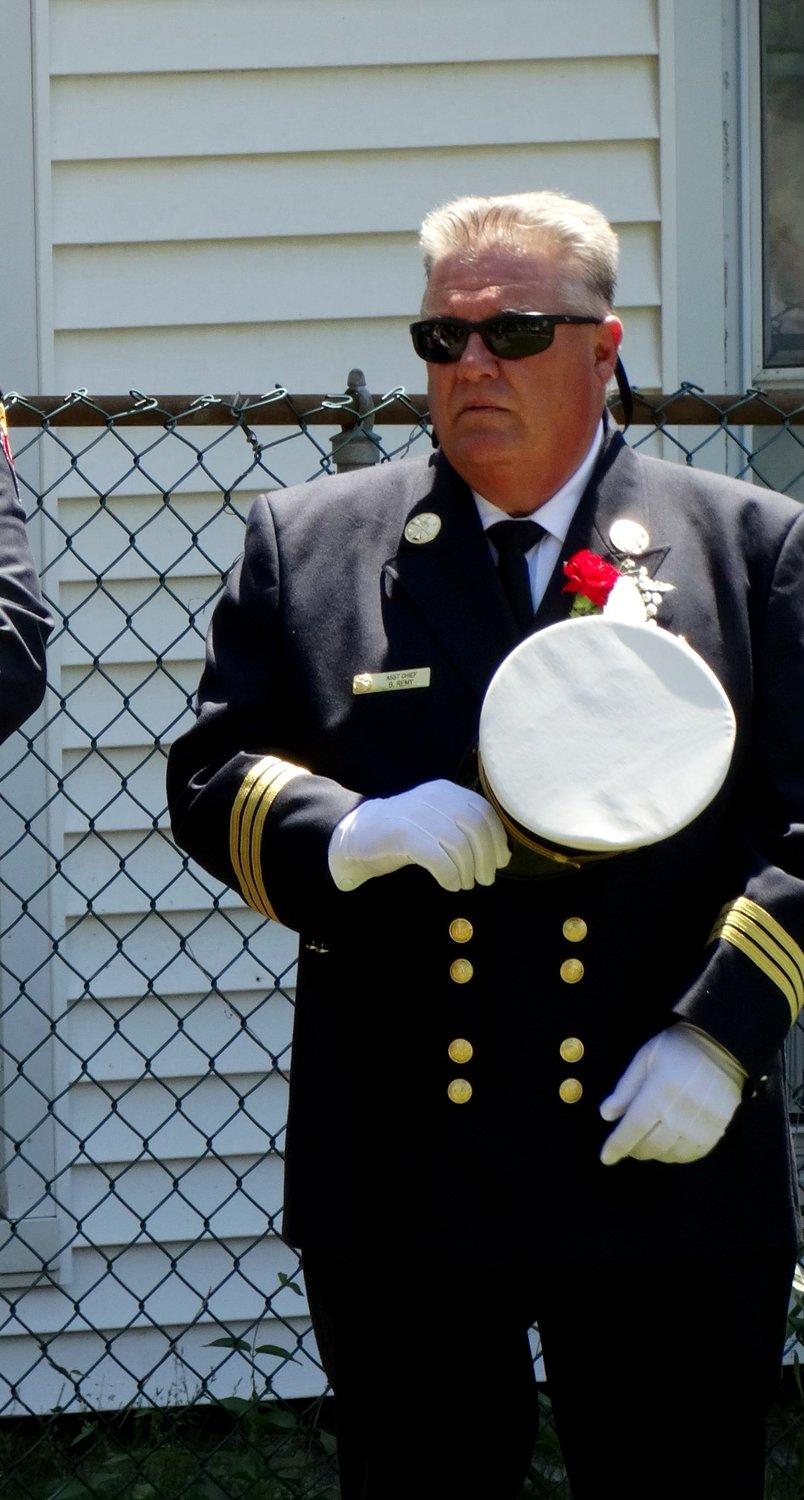 Brian Remy photographed at the Warren Firefighters Memorial in June of 2021
Submitted photo
Previous Next
Posted Thursday, September 9, 2021 11:45 am
By Ethan Hartley

Friendly, down-to-Earth, dependable and always willing to lend a hand. These are just some of the ways that those who knew Warren Assistant Fire Chief Brian Remy will remember him. Others have declined to speak, the feeling of grief still too raw.

Mr. Remy was killed on the afternoon of Thursday, Sept. 2 during an incident that, officially, is still under active investigation by local and state police, in coordination with the Rhode Island Attorney General’s Office. But throughout the quiet Town of Warren, there will never be an answer sufficient to explain why someone so universally beloved was taken in such a violent and unprecedented manner.

“The loss of Assistant Chief Brian Remy is inexplicable,” said Christopher Stanley, a teacher and a Captain with the Warren Fire Department who knew Mr. Remy well, even teaching his son at Our Lady of Fatima High School. “He was a devoted brother and his death will no doubt leave a deep scar upon Warren’s heart.”

Mr. Remy was born and raised in Warren and as a teenager became involved with the Warren Fire Department’s Massasoit Hook and Ladder Company in 1973. He rose through the ranks just as his uncle and father had done before him. Eventually, his father would personally step aside from the job to allow him to become a lieutenant. He became Assistant Chief in 1992 and held that position ever since. At the time of his death, he was approaching 50 years of service to the Warren Fire Department.

“He was the kind of guy where if I needed to get something done, I could go to him,” said Al Galinelli, retired former Chief of the Warren Fire Department, for whom Mr. Remy served under. “Not only in the department but outside in the community — he was always trying to help people.”

Mr. Galinelli recalled the Fall River Notre Dame Fire of 1982, when departments from all over the region convened to fight the towering inferno that completely destroyed the twin spires of the landmark church. Mr. Remy had broken his leg in a motorcycle accident recently before the blaze, but when the call to duty came, so did Brian Remy.

“He operated the ladder truck on the turntable while having his foot in a cast,” Mr. Galinelli said.

As the Warren Fire Department is an all-volunteer service, Mr. Remy maintained a family business, Remy Plumbing and Heating, to support his family. He was a frequenter of the East Warren Rod and Gun Club, the German American Club, The Italian American Club, and Amaral’s Fish and Chips on Redmond Street.

“He served us well as a firefighter, sewer commissioner and businessman,” Mr. Stanley said. “His sense of humor, loyalty and love for Warren mirrors our department’s devotion to service. His life serves to remind us of why we, as volunteers, continue to sacrifice and give ourselves over to this community as we work to do real good in the world. His loss is profound.”